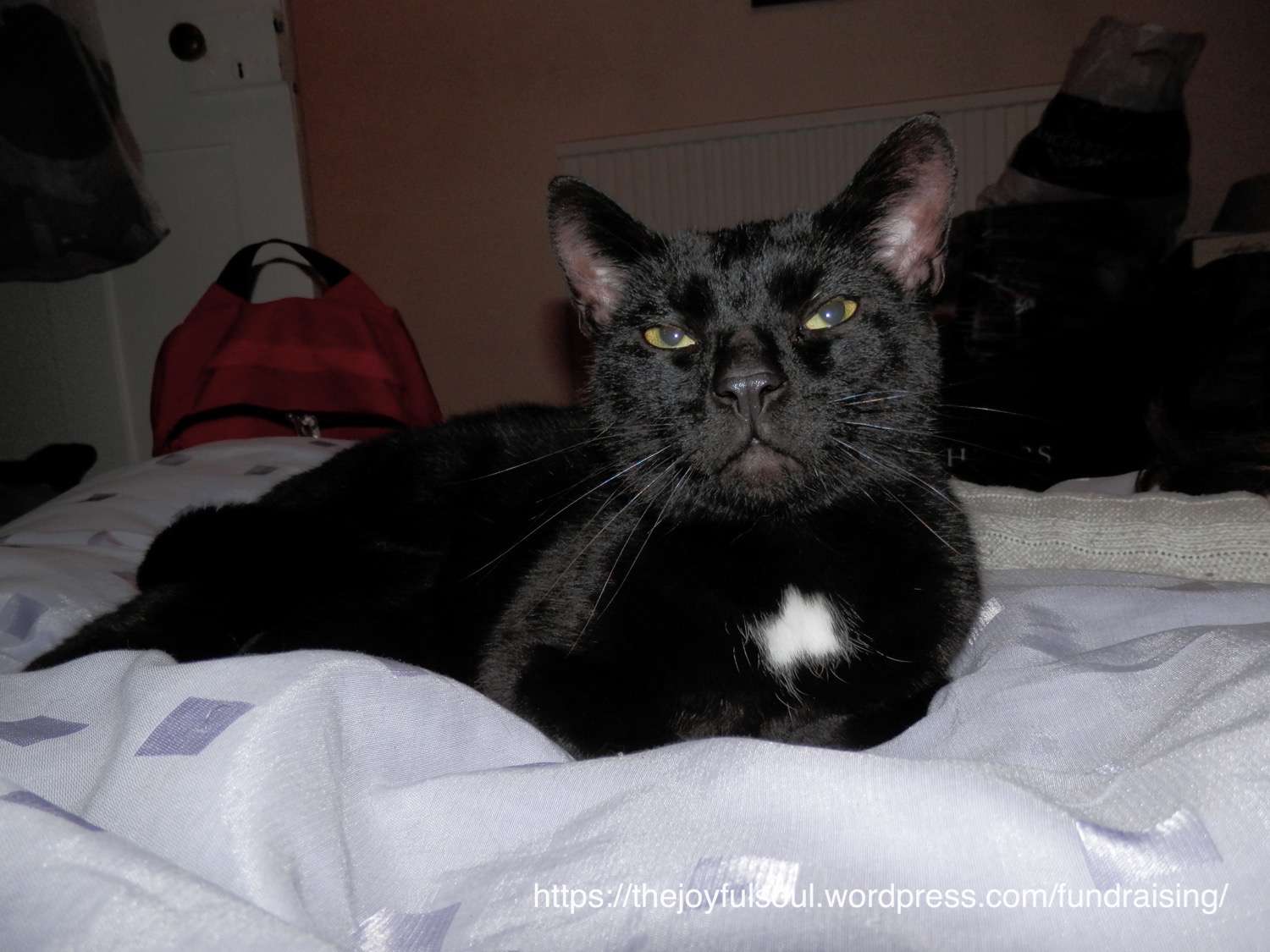 This cat story starts with a dog. A chocolate Labrador puppy, to be precise. Her name is Wispa – like the chocolate bar, oddly enough – and she joined our family 6 years ago.

The reason Wispa begins this cat story is because without her we would never have got Sampson. We already had four cats at the time, and we weren’t exactly looking to get another. But at one of Wispa’s puppy training classes three tiny black and white kittens were unceremoniously introduced to the class of boisterous young dogs. Whilst pregnant their mother had been abandoned at the vets where the puppy classes took place. 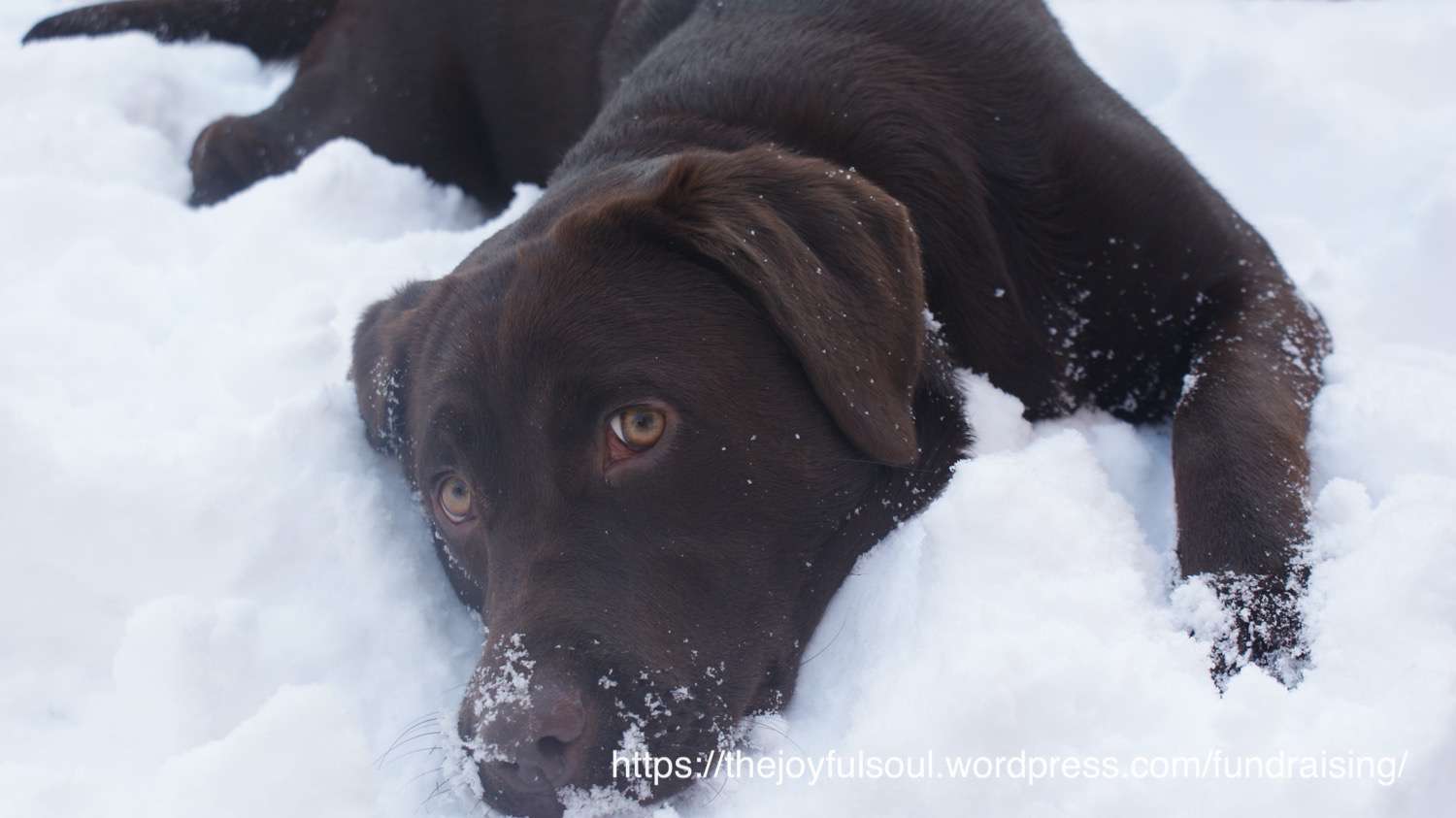 The kittens were unfazed by the boisterous interest of a dozen or so puppies. Their patience was surprising considering the size difference. And then the teacher dropped the bombshell – one of the kittens still needed a forever home.

I can’t remember exactly how I persuaded my mum that we should have him. I think we decided that he would be mostly mine and my older brother’s, seeing as Wispa was my younger brother’s dog. And we suggested that maybe a dog tolerant kitten would be just the thing to help our other cats get used to Wispa. The next week at the end of puppy class we gave the teacher a small donation to cover the cost of care whilst he’d been with them, and took him home. 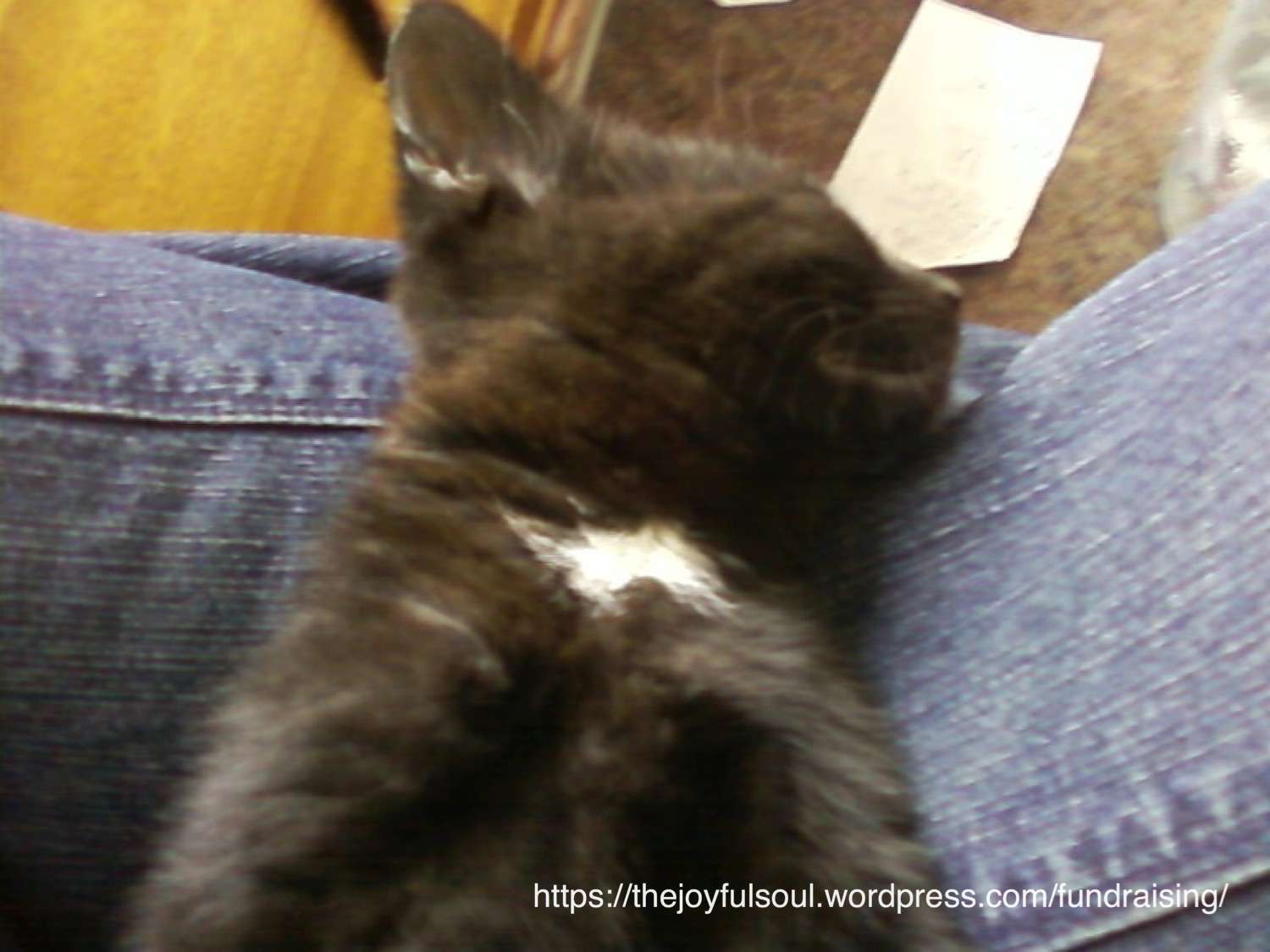 Sampson was a tiny kitten. He must have been no more than 6 weeks old when we took him home. For some reason we didn’t have a carrier with him when we collected him, so he journeyed home in a little cardboard box on my lap. 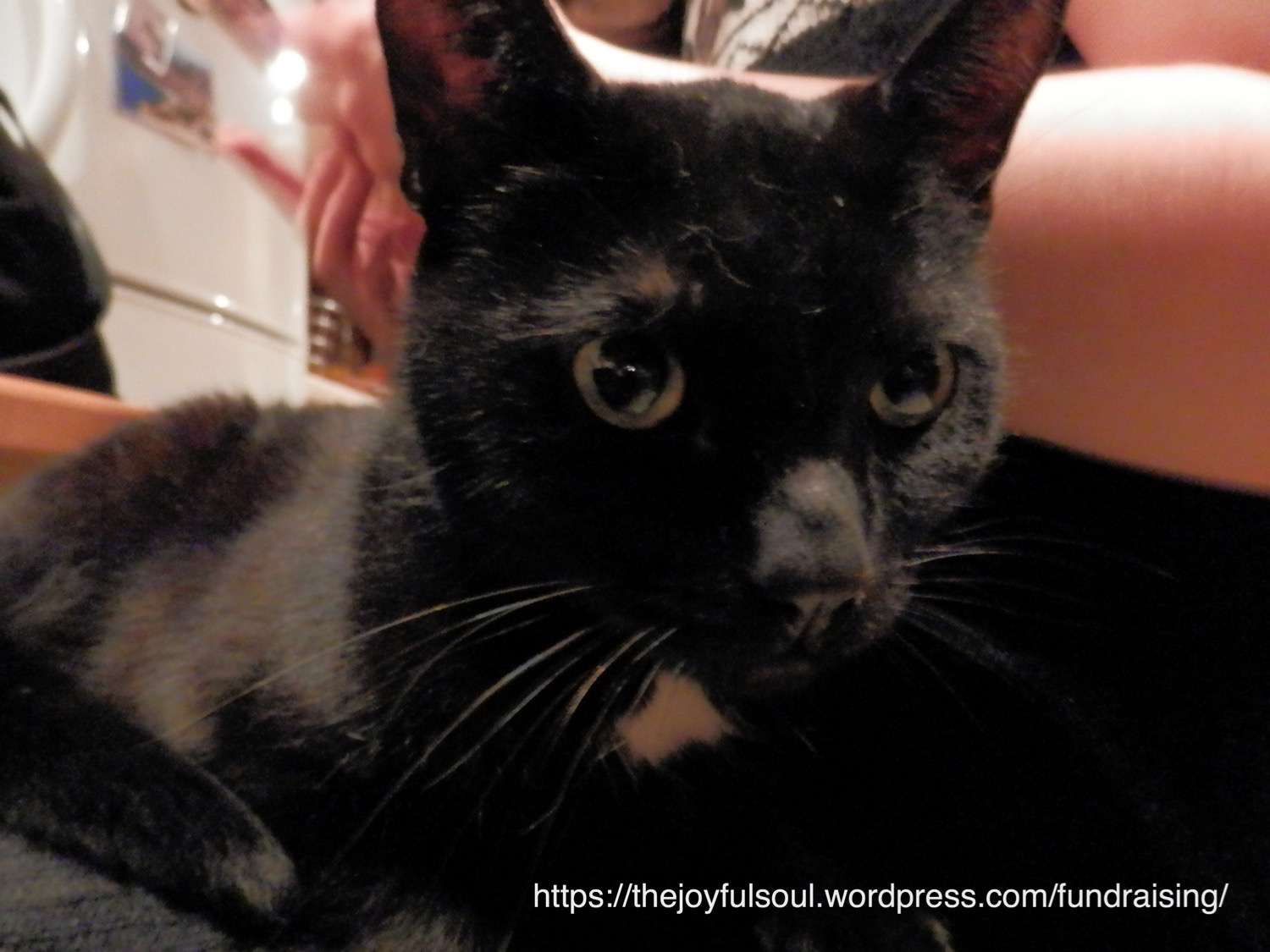 I was ridiculously overprotective of him at first. He followed me everywhere and spent most of his time on my lap, or snuggled on my chest. I was like his new mother. It took a little while for me to trust the other cats with him. I closely supervised them when they were together, and was overjoyed when the older cats eventually accepted him. I’ll admit to being a bit anxious when they played together though – when playing with our cat Woody the tiny kitten would almost disappear beneath the cloud of ginger fur! 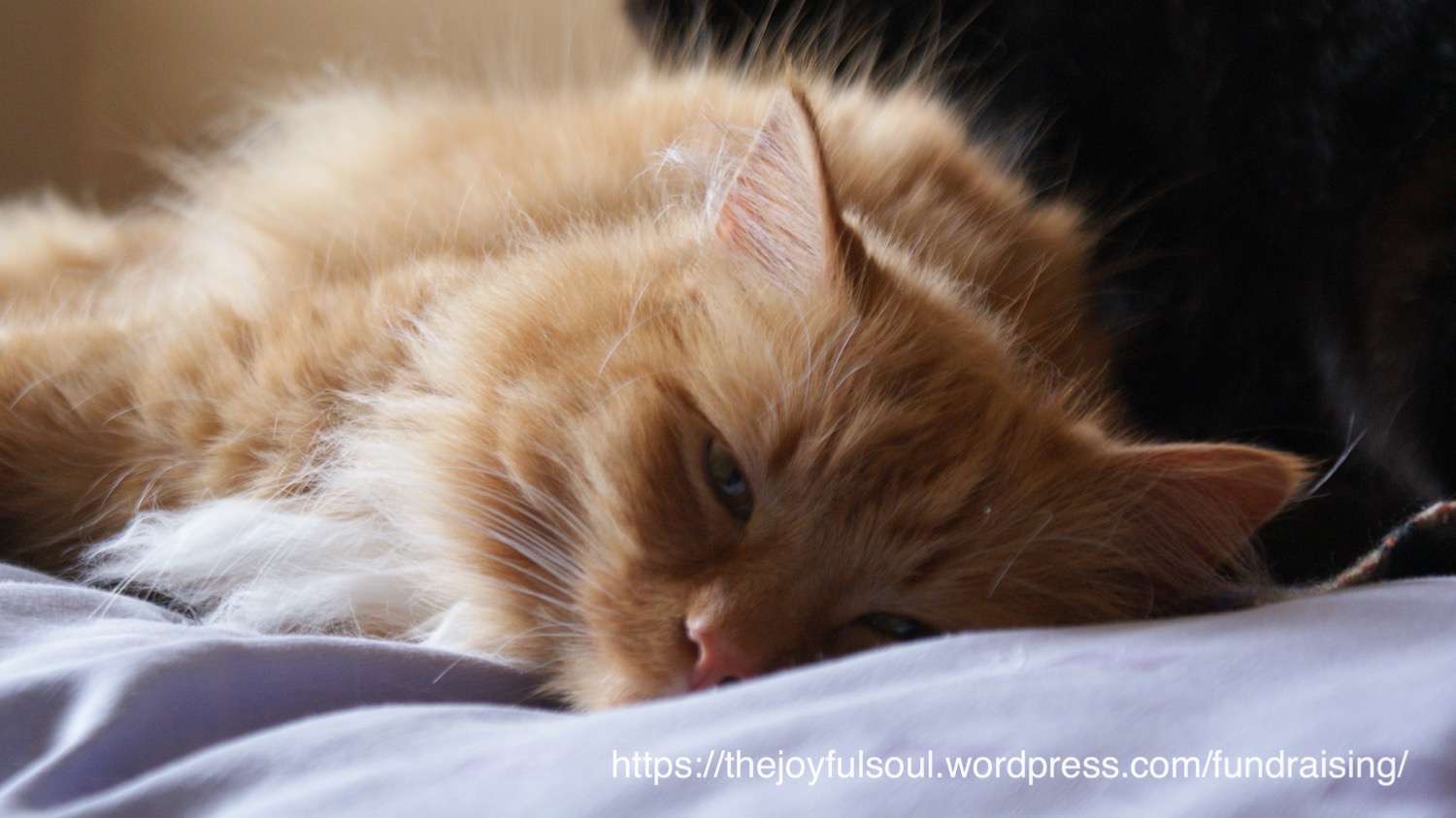 Sampson was still a kitten when I moved away from home, and only about a year old when I moved to Finland. When I came back for Christmas that first year I was amazed by how much he’d grown. No longer a tiny kitten, Sampson was bigger than any of the other cats. He was bulky, and perhaps a little overweight though it was mostly muscle rather than fat. I think it came from the fact that Wispa let him eat her food sometimes. 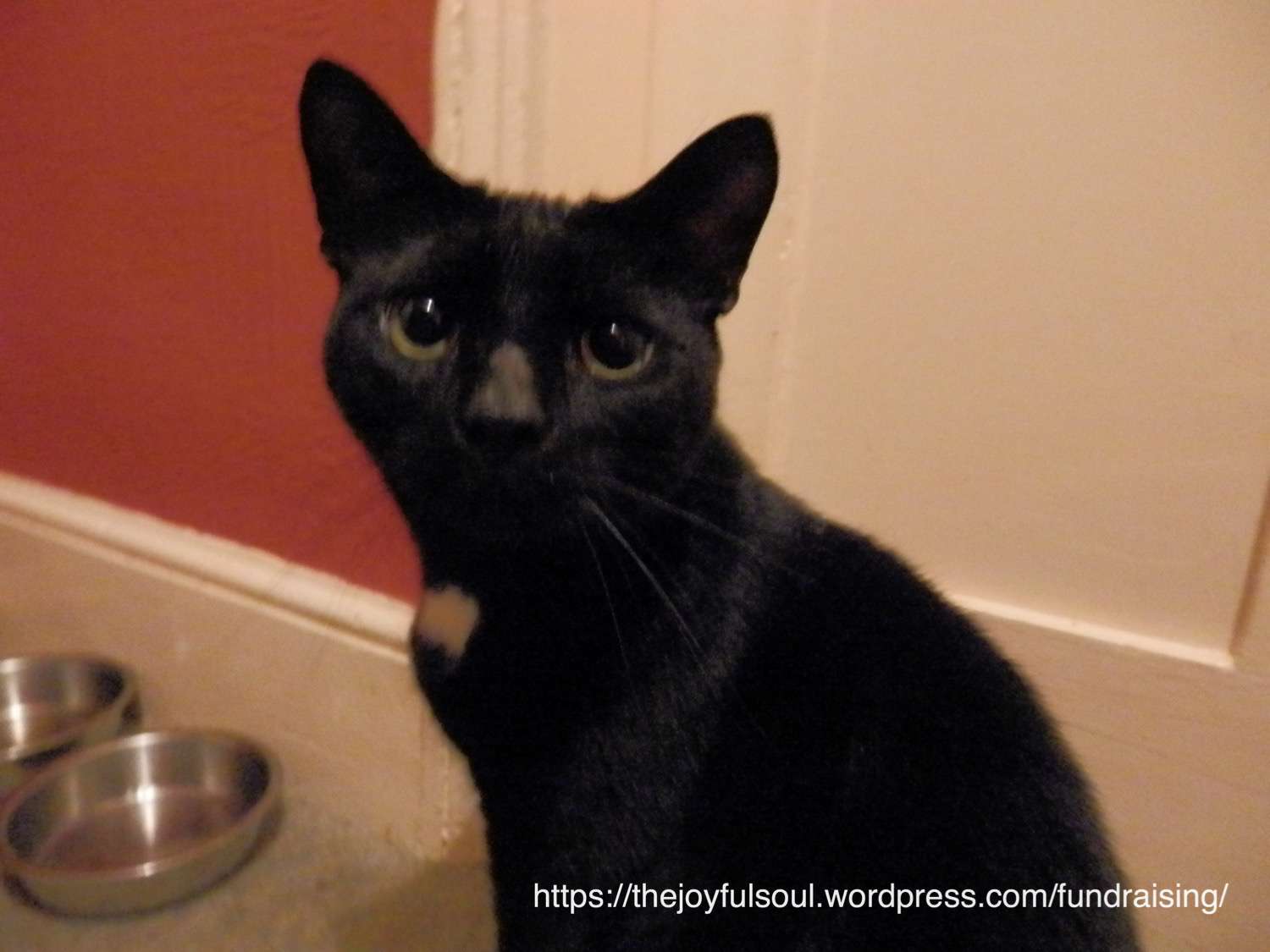 I love all my cats, but Sampson’s always held a special place in my heart. He was my baby, and despite his size he still is. When I’m home in Finland and away from him I miss the way he gives me nose kisses, and the way he still like to try and climb onto my chest for cuddles despite the fact that it’s difficult to breath under his weight!

When my mum recently moved house she was no longer able to have the cats living with her. Ginger Woody and his sister Belle went to live with my older brother, whilst the eldest boy Sacher moved to live with my dad. But we struggled to find anyone to take Sampson. And if I was honest with myself, I didn’t want anyone not in the family to take him. I wanted to make sure I’d still be able to see him in future. 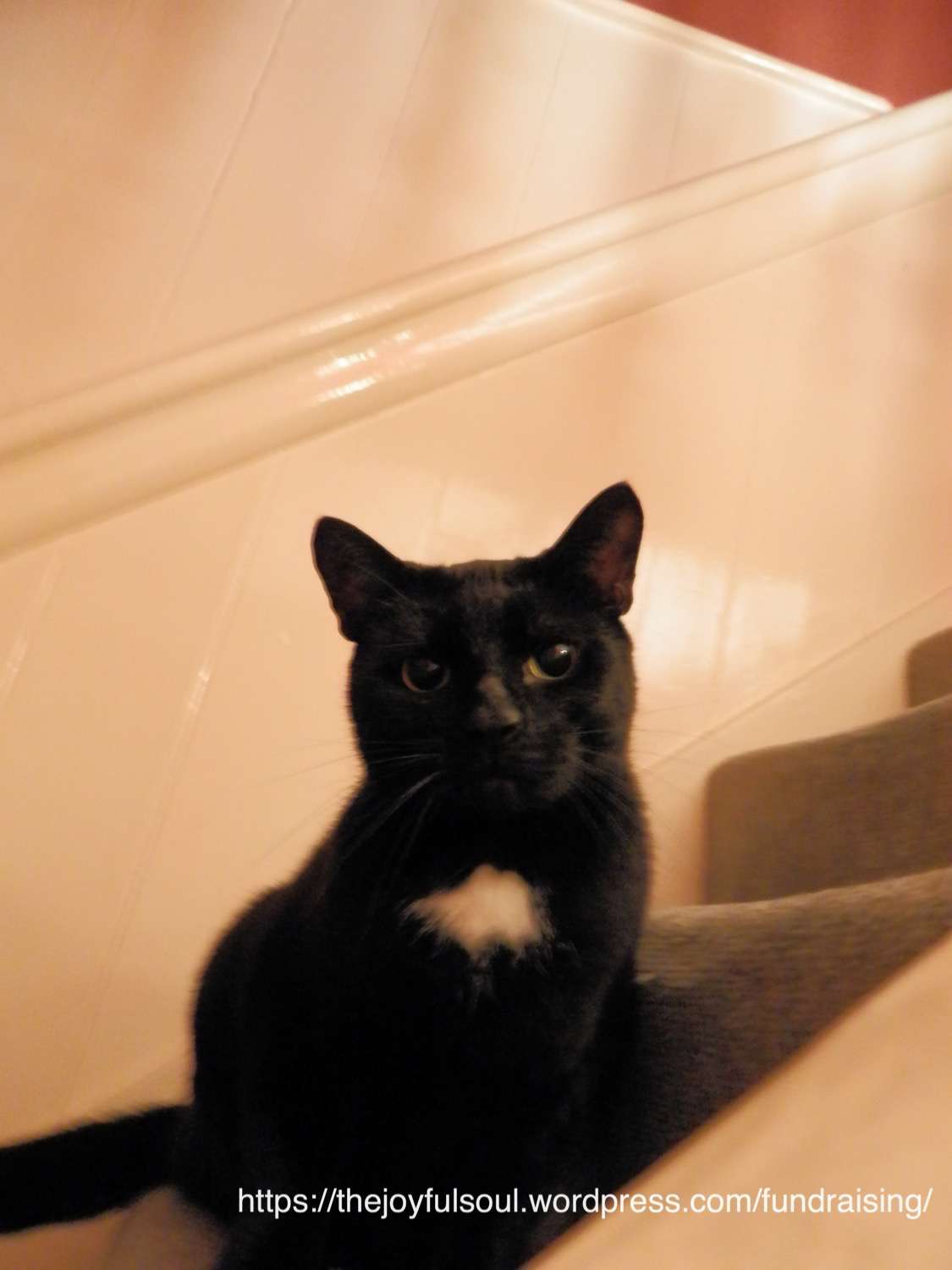 We eventually managed to find him a temporary home with a friend, where he is staying currently, but they can’t keep him forever. In fact, the deadline for him leaving them is drawing rapidly closer and closer.

I desperately want to move him here to live with us. There is only one reason I haven’t done so already – money. Moving a cat across countries is not a cheap endeavour. With current conversion rates it’s going to cost us over 1000€ to move him.

If you’re visiting this website, chances are that you are a cat lover. If you’d like to help us move this gentle giant to live with us in a new forever home, please click here and make a donation. Any donation, no matter how little, will go a long way towards helping. 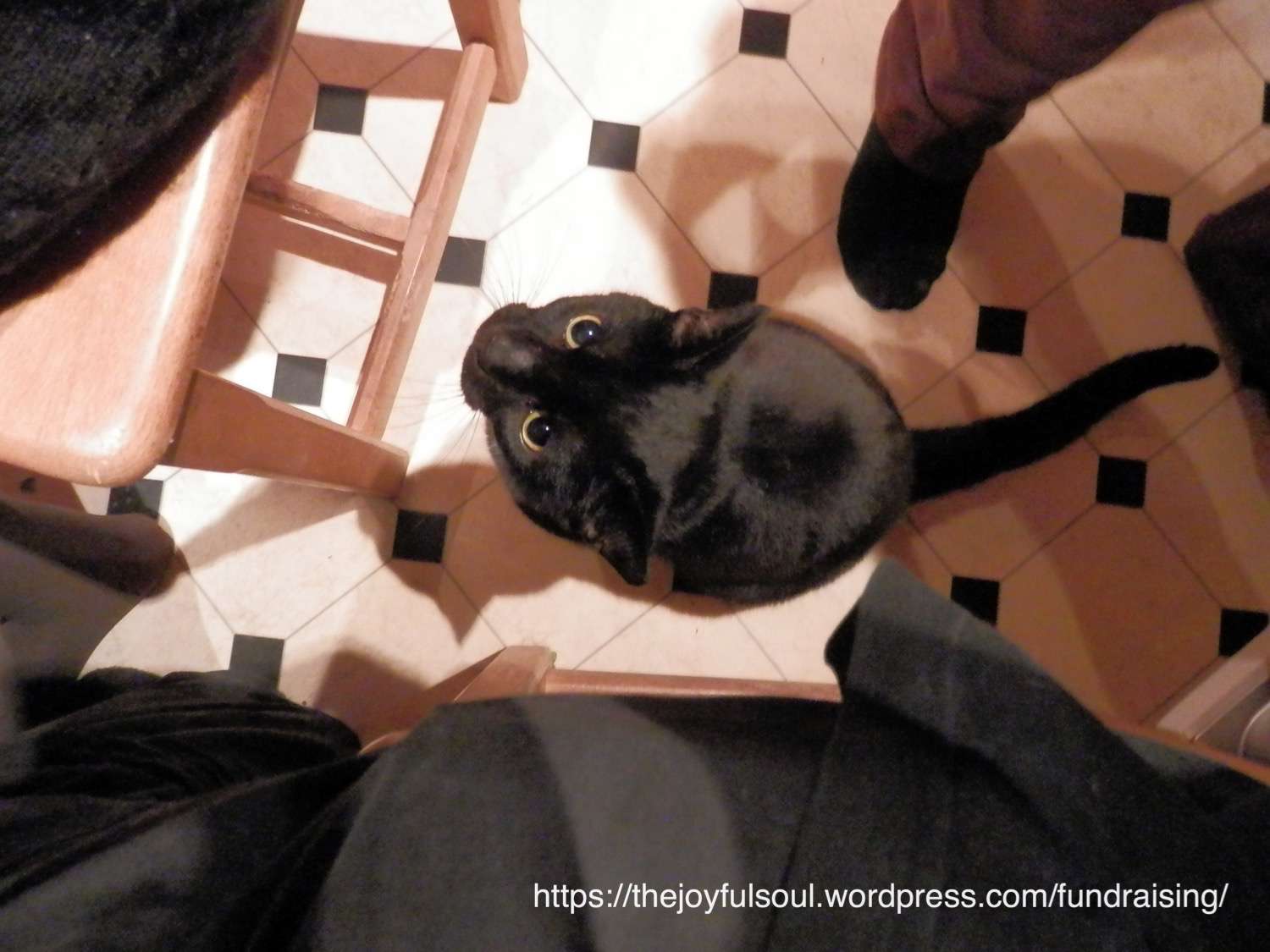 Thank you all for reading!