Please find below a guest story by Martha about Trebuchet & Blitz:

Are the oldest (10) and youngest (1.5) cats in the household. He was adopted from a shelter at age 5 months. My friend found her in his rural yard as a tiny baby, fed her until she and her sister could be caught, vetted, and homes found at about age 8 months. We committed to taking Blitz when we thought SHE was a HE; but we could not give her up when the gender reveal went the other way. Because she was semi-feral for relatively long, we were not sure she would be an OK house cat. Boy, were we wrong! She prefers the company of other cats; but is more than willing to be a lap-cat and get a few cuddles and pets whenever she can. She especially likes to lie in a lap and air-dance. 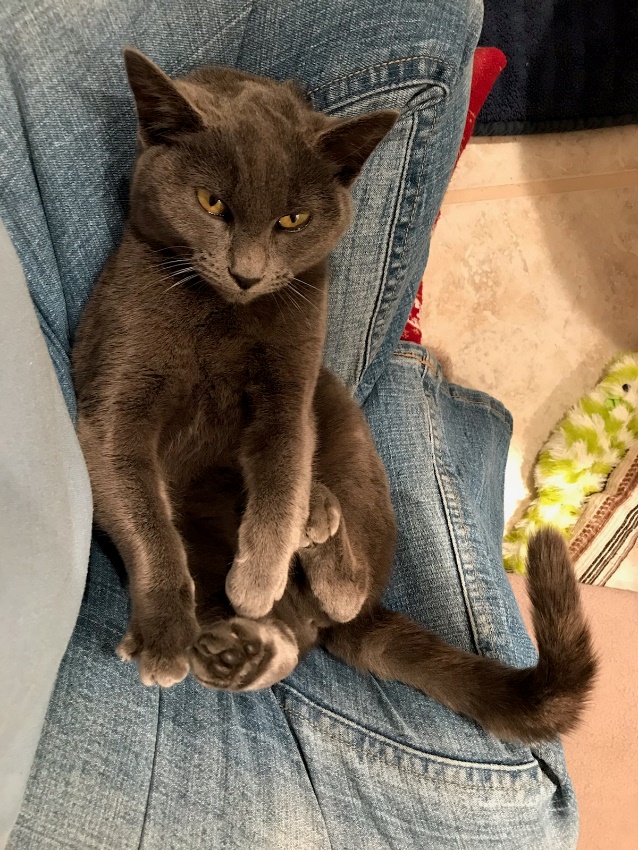 Three-year-old Bast, also a rescue, is more willing to share her space though Blitz gets the part left over from the larger, older, cat. 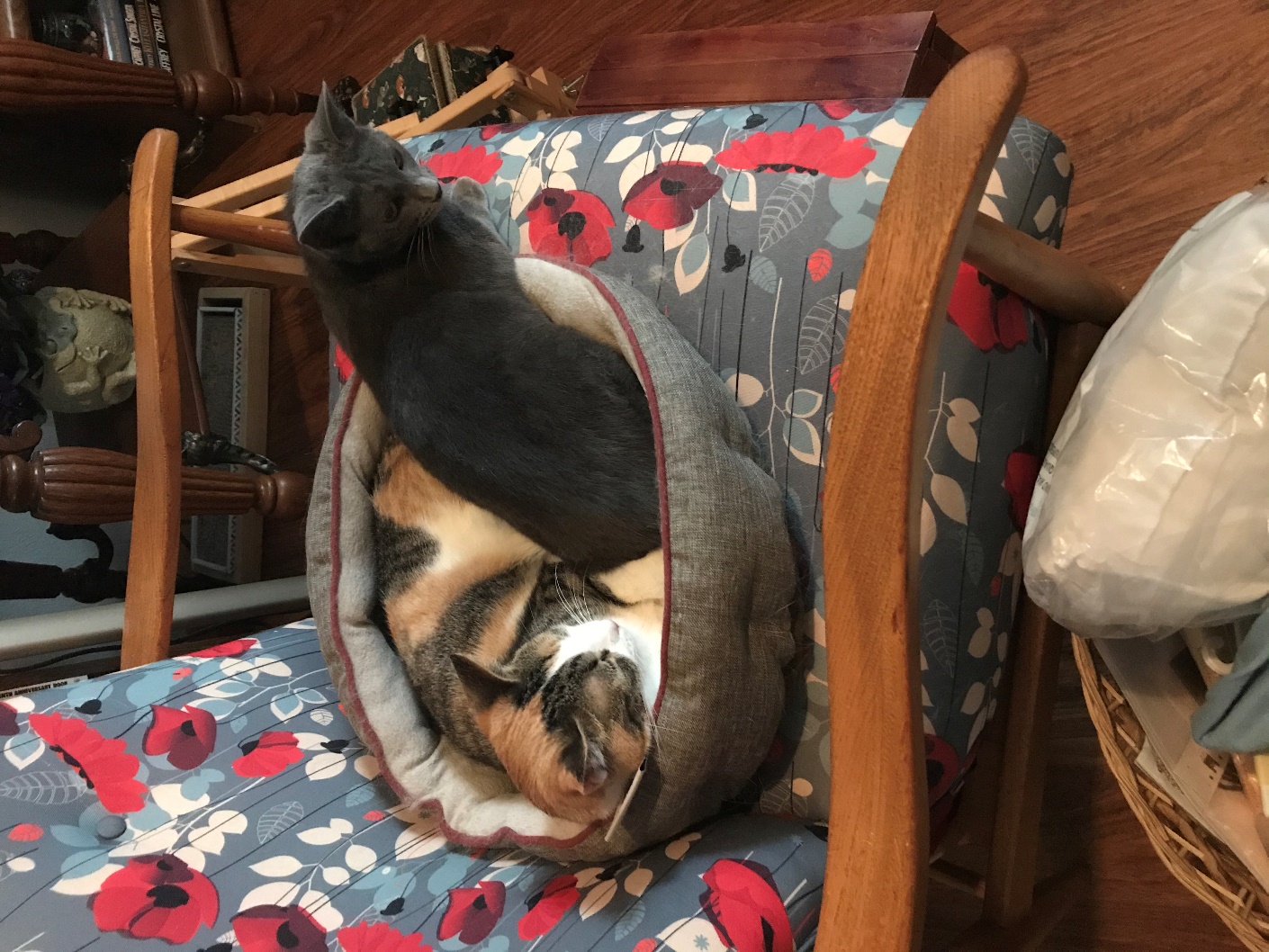 Trebuchet is a red-dilute. That’s when an orange (red) cat is missing part of a gene so is faded, smoke, or dilute – the word for it varies by coat color. He is a more traditional house cat and prefers to be near “mom” if not actually on her. Sleeping in the basket near her computer, so she can pet him and still have one hand to type is his favorite thing. 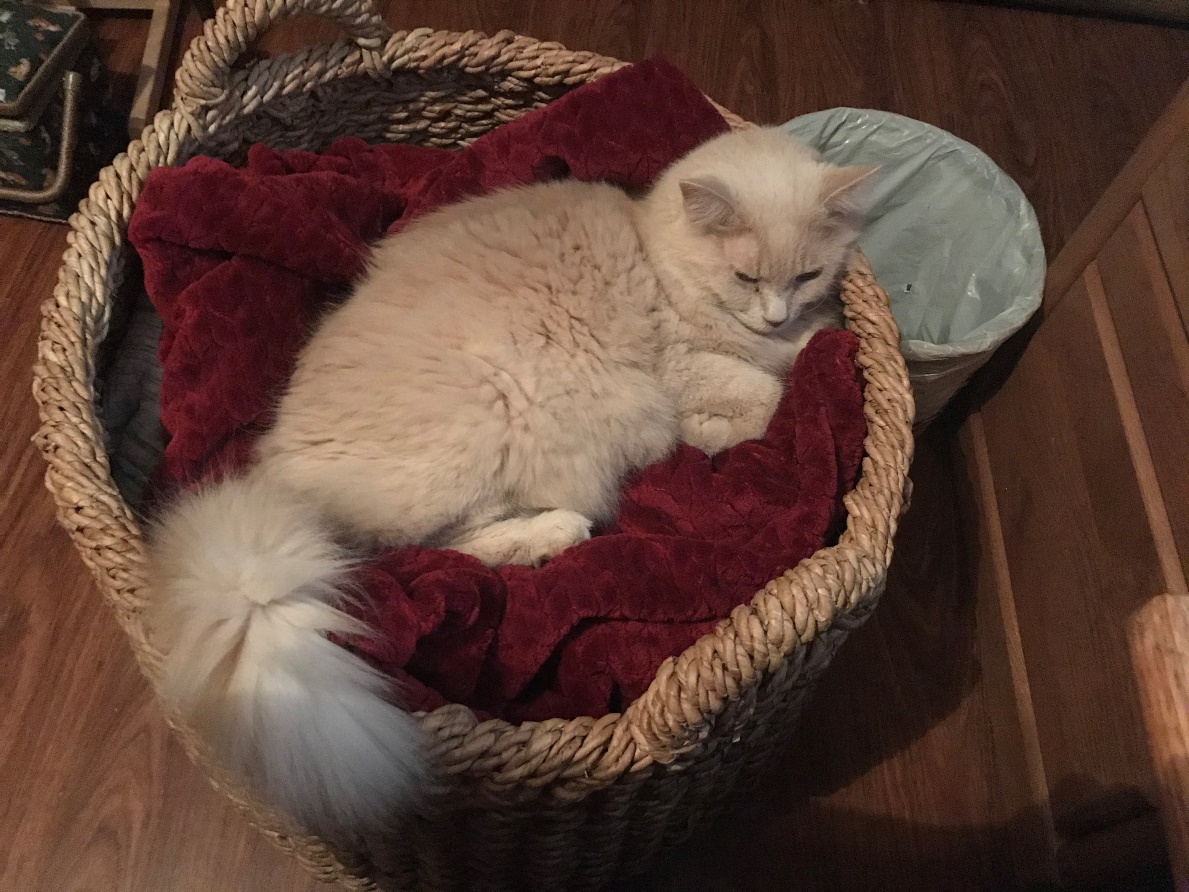 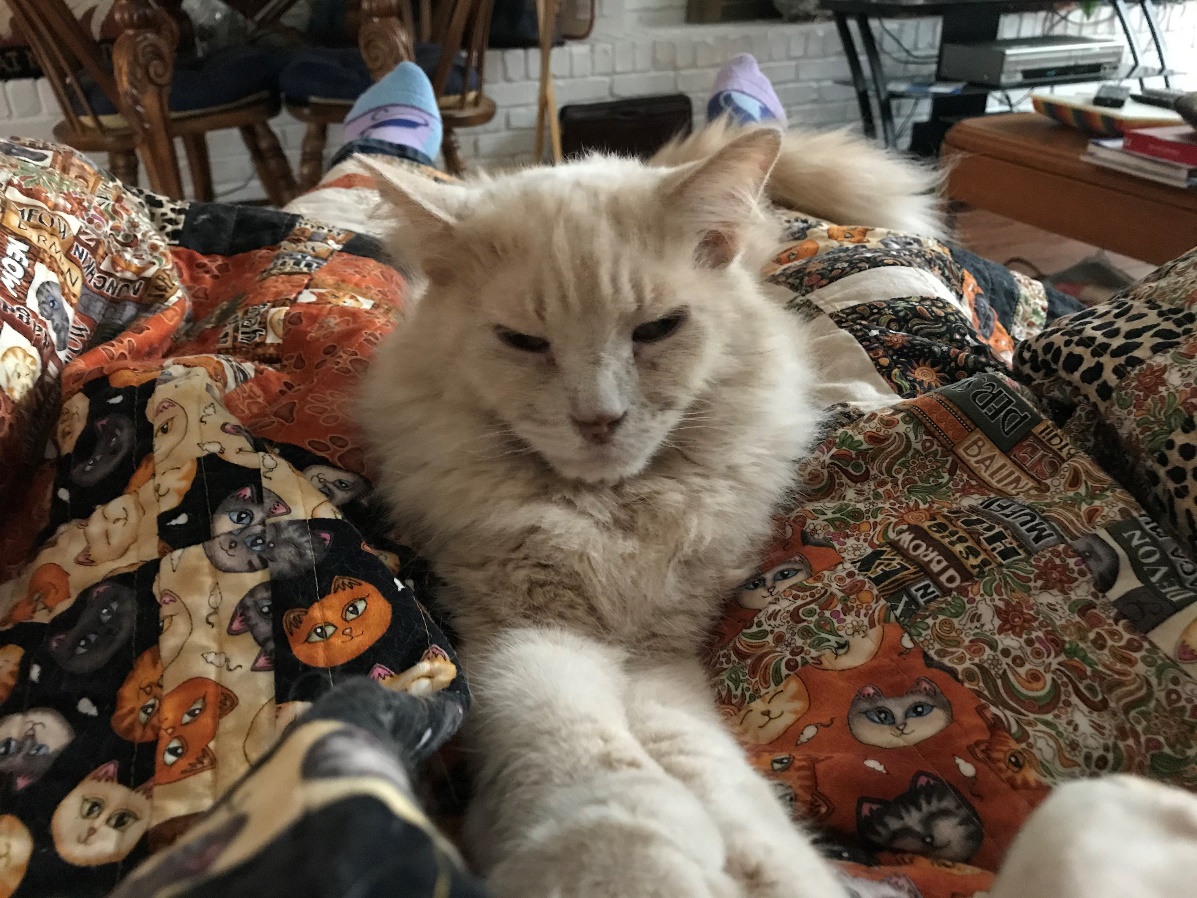 Sharing her recliner and cat-themed quilt is his second favorite and no pushy young cats allowed.

Due to the large age gap – she’s a human 25-year-old and he’s more like a gentleman in his 50’s – sometimes Blitz gets on Trebuchet’s LAST nerve. If hissing doesn’t work, he retreats to a cat tower and defends the opening until she gives up. 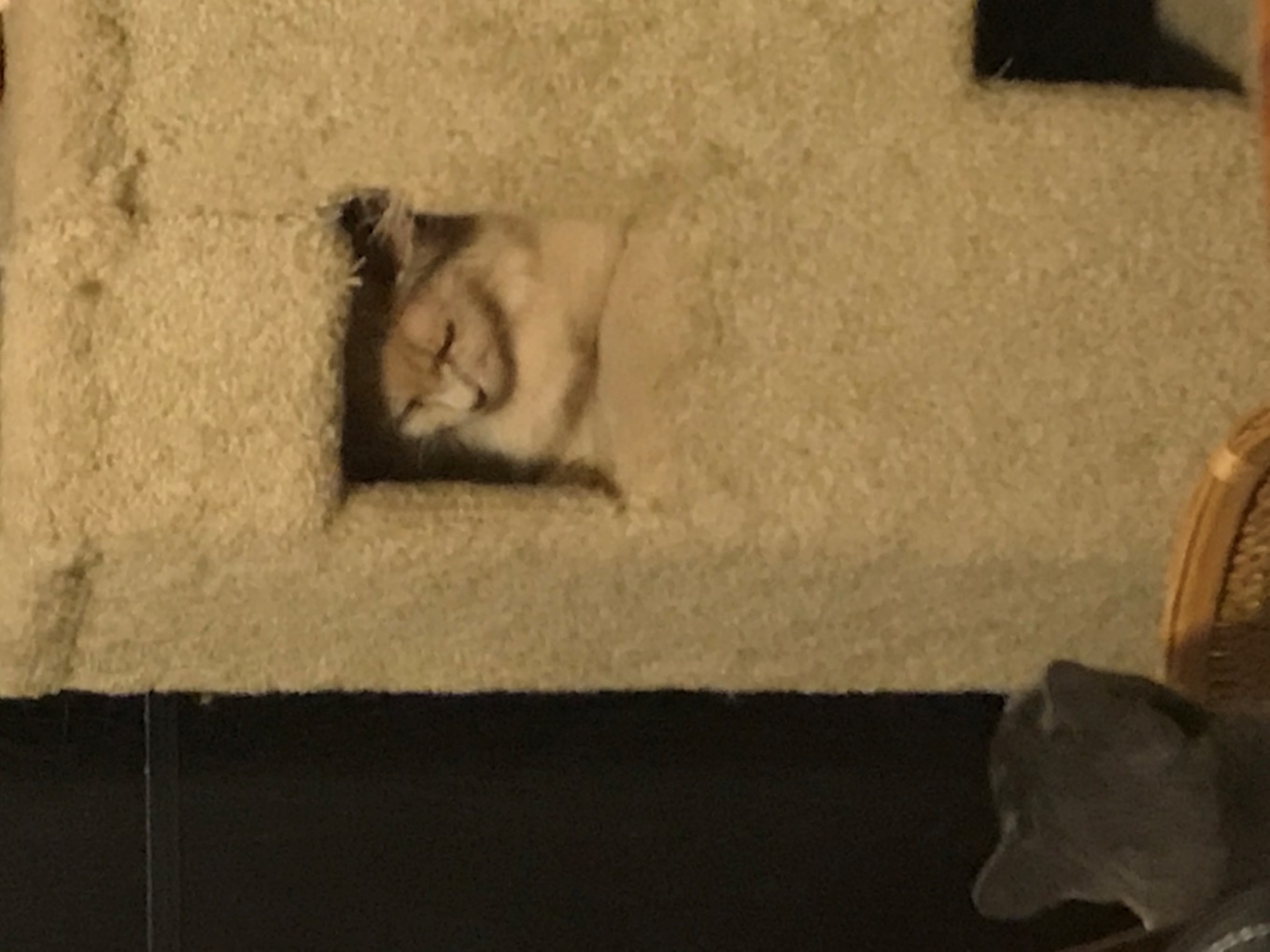