Stories such as this one really highlight how important it is to microchip our friends and keep their details up to date.

A family from Derby has been reunited with their long-lost ginger cat after five years of heartbreak thanks to his microchip. 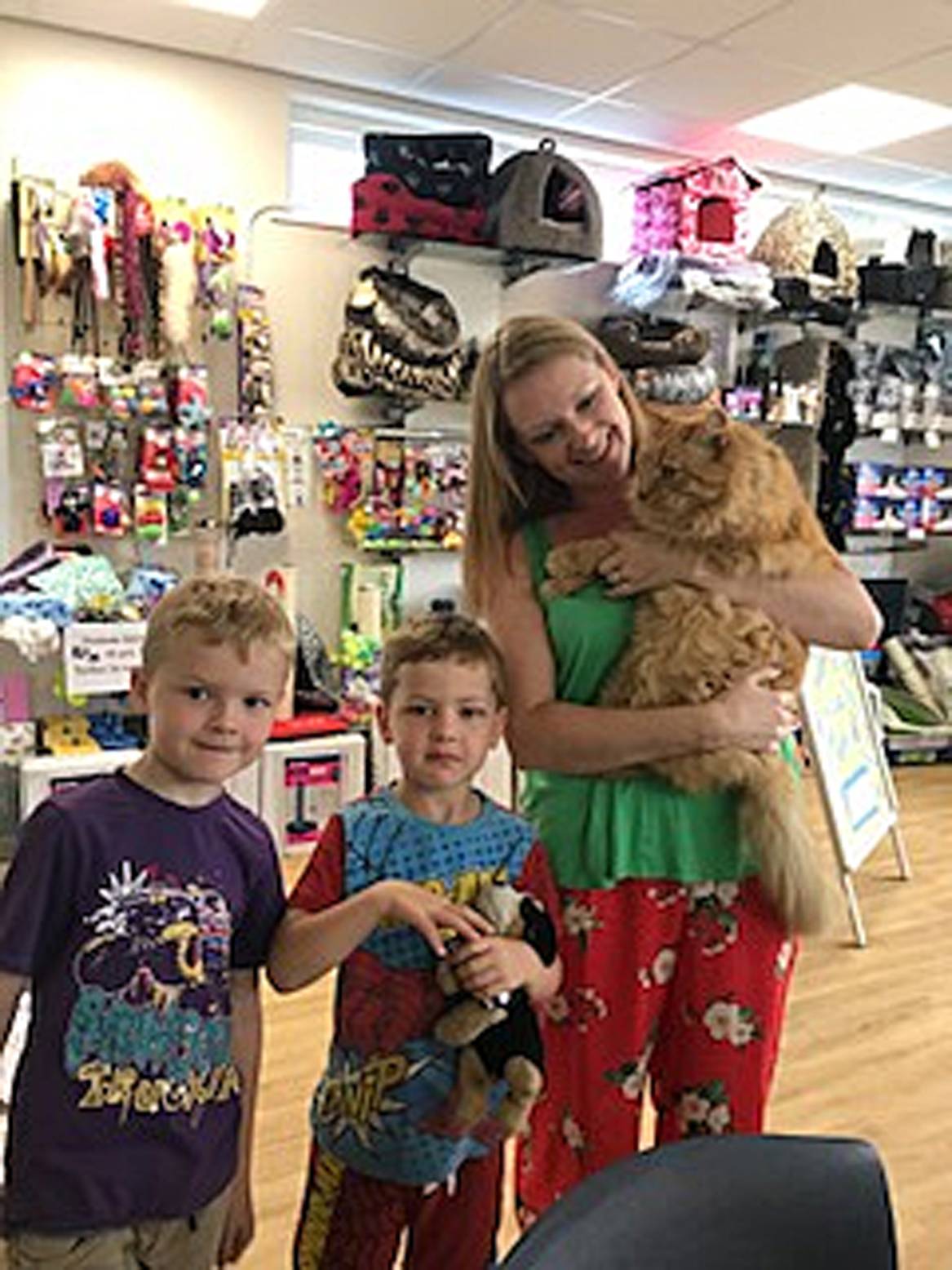 Samson went missing in October 2013 and, since then, Hannah Guy never gave up hope of finding him again.

Her faith was restored when earlier this month Hannah received a call from Cats Protection’s Derby Adoption Centre saying Samson had been handed in. 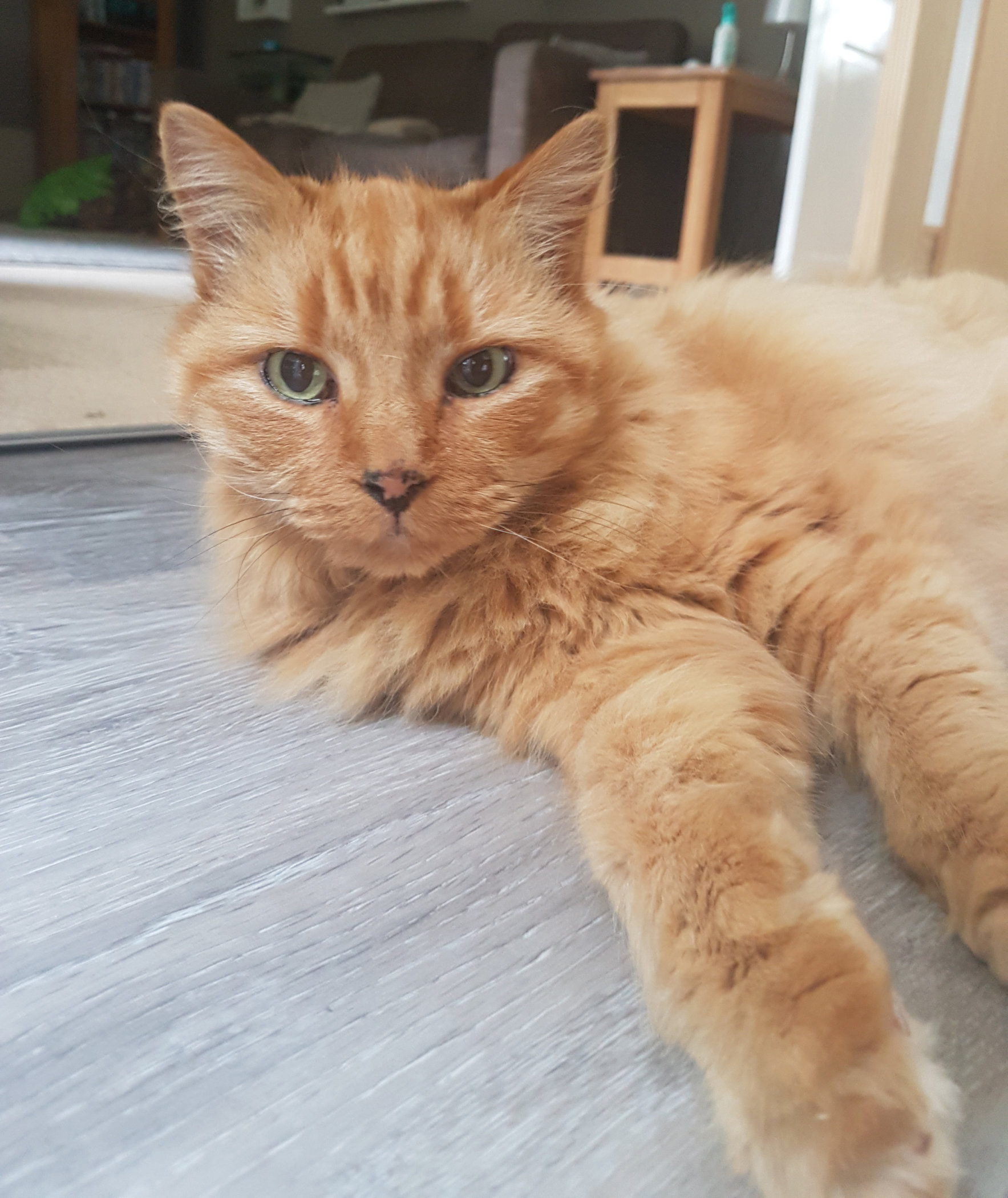 “I was so surprised and overwhelmed that it took a while for it to sink in,” said Hannah.

“When we moved house in June 2013 one of the first things we did was to update Samson’s chip details, we even did this when our mobile numbers changed. I’m so glad we did otherwise we never would have been reunited.

“We tried everything to find him, from registering him as ‘missing’ with the microchip database, making and delivering 200 leaflets and, nearly five years on, driving past our old house on the off-chance he made his way back there.

“The whole family is so relieved to have Samson back, especially my two boys Oliver, seven, and five-year-old Elliot. 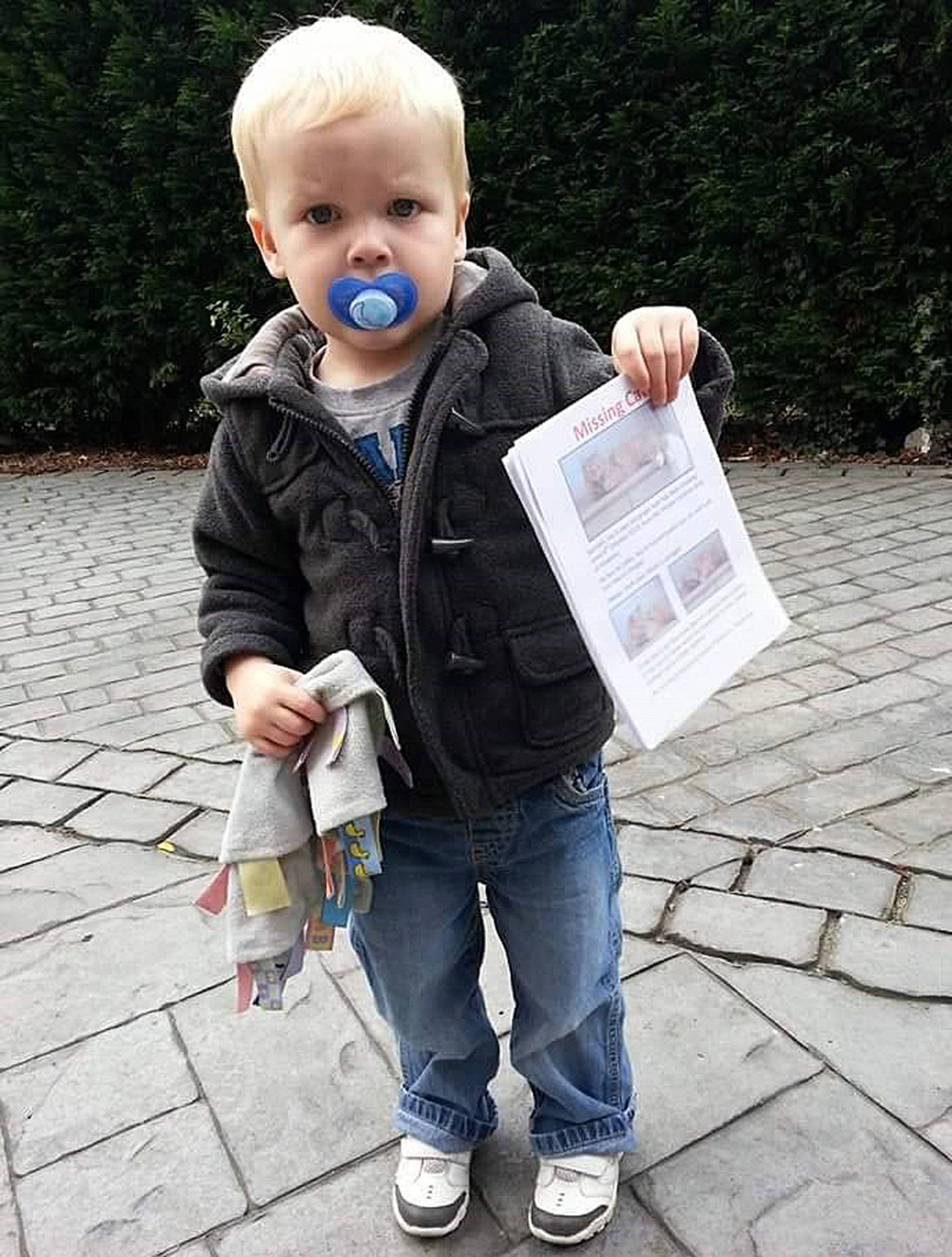 “Oliver was heartbroken when Samson went missing and helped to deliver the leaflets. To see them all together again is so heartwarming.”

In Samson’s absence, Hannah had adopted another rescue cat called Bo 18 months ago who fortunately welcomed Samson home like a long-lost friend.

Natasha Wood, Deputy Manager at Cats Protection’s Derby Adoption Centre, said: “Samson was handed into our centre and, as standard procedure, scanned for a microchip. To our excitement, Hannah’s details popped up and we were able to call her with the amazing news that we had Samson. It was a very emotional phone call and we both had to take a minute to calm down. 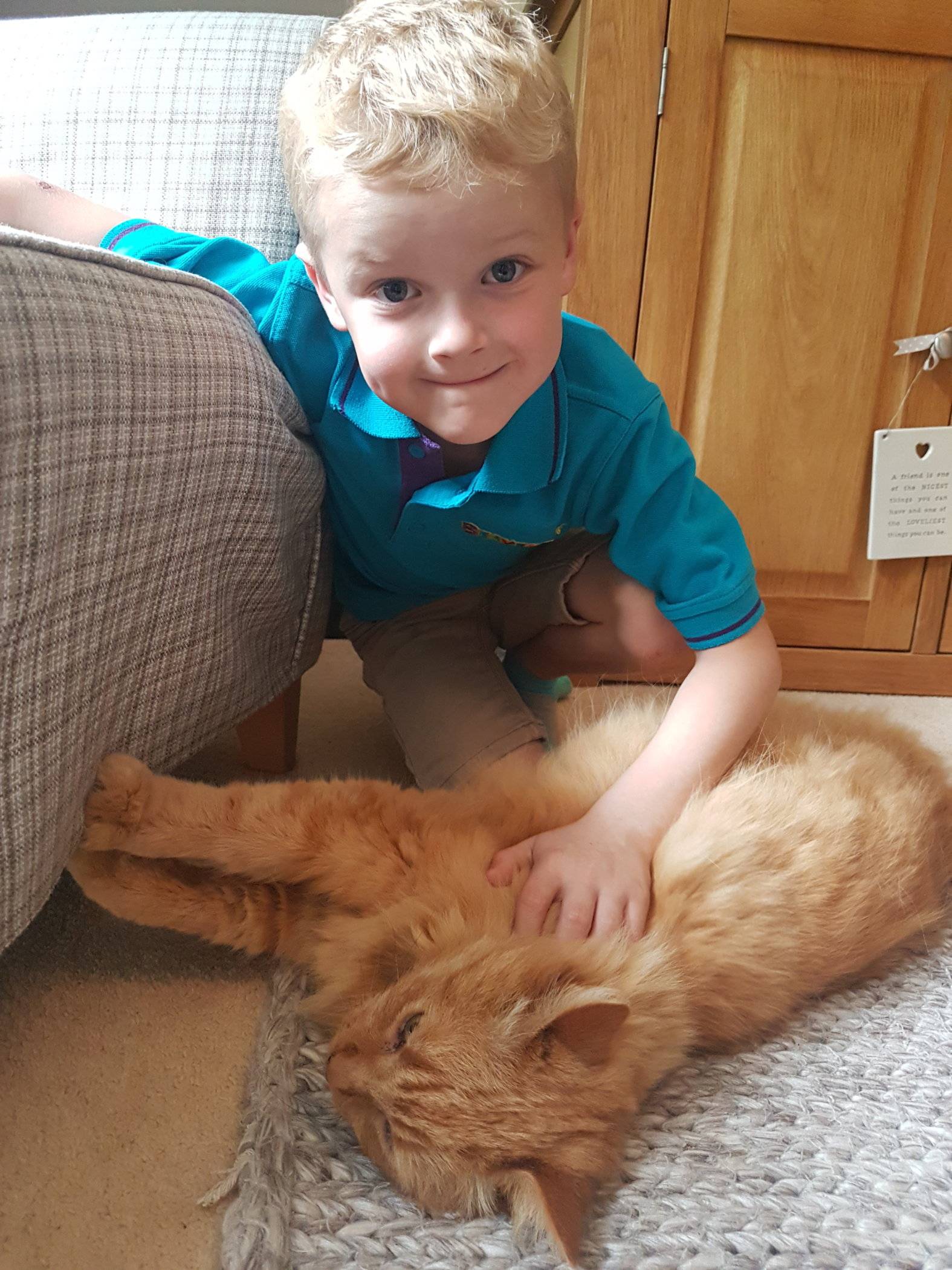 “Hannah and her two boys then rushed to our centre and it was a pleasure to see them being reunited after so long.

“This really does highlight the importance of not only microchipping but also keeping the microchip up to date so more cats like Samson can be reunited with their owners.

“This year we are celebrating the centre’s 20th anniversary and stories like this make what we do so rewarding.”

Samson’s sister, Gizmo, also went missing three years ago but Samson’s return has given Hannah the hope that she too might return home one day. 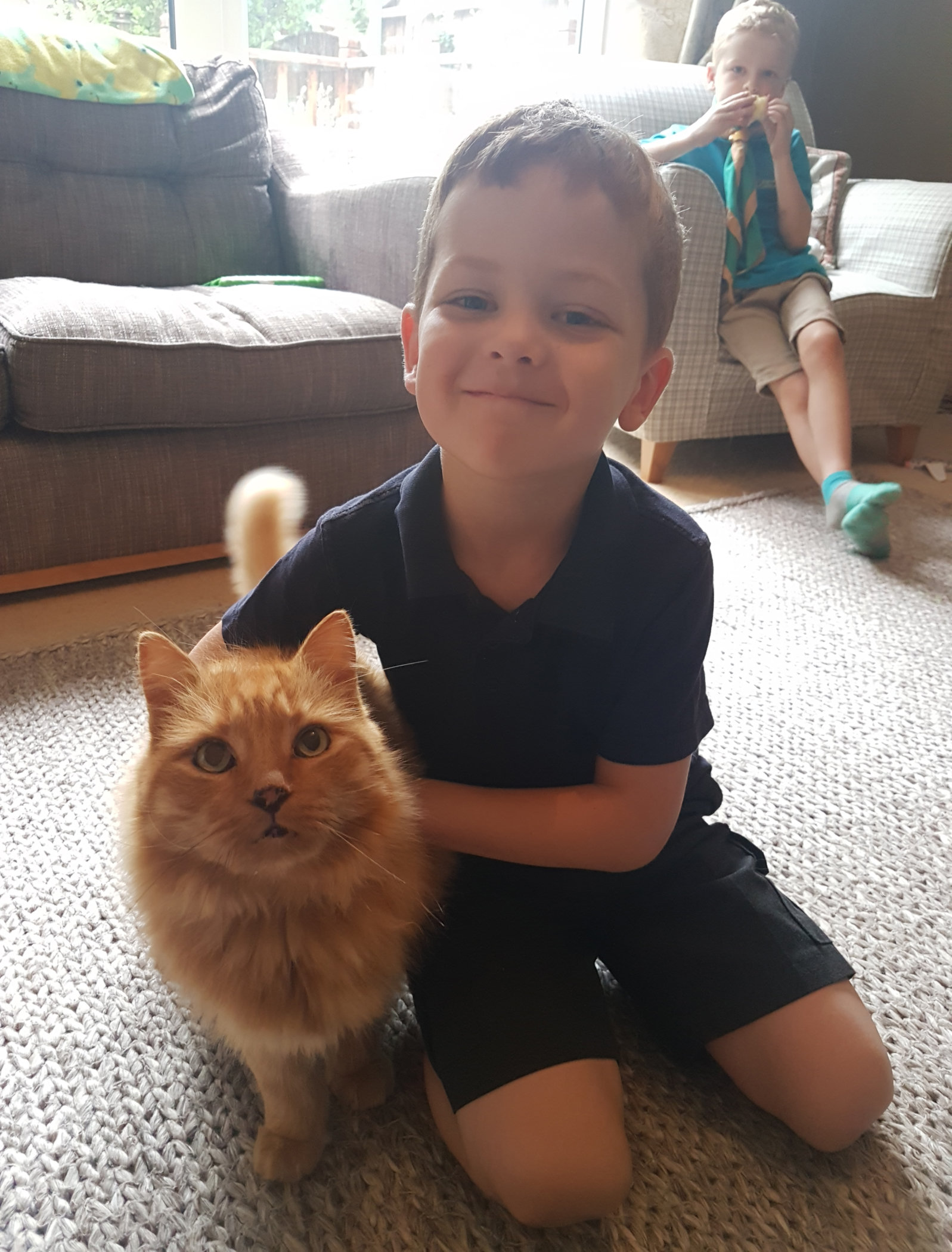 More information about the work of Cats Protection’s Derby Adoption centre can be found at: https://derby.cats.org.uk/

19 thoughts on “Samson the cat gets Reunited After 5 Long Years of Waiting for his Return!”