The RSPCA is asking the public to be careful when trying to control rats and mice after a cat needed to have her head cut free from a rat bait box. 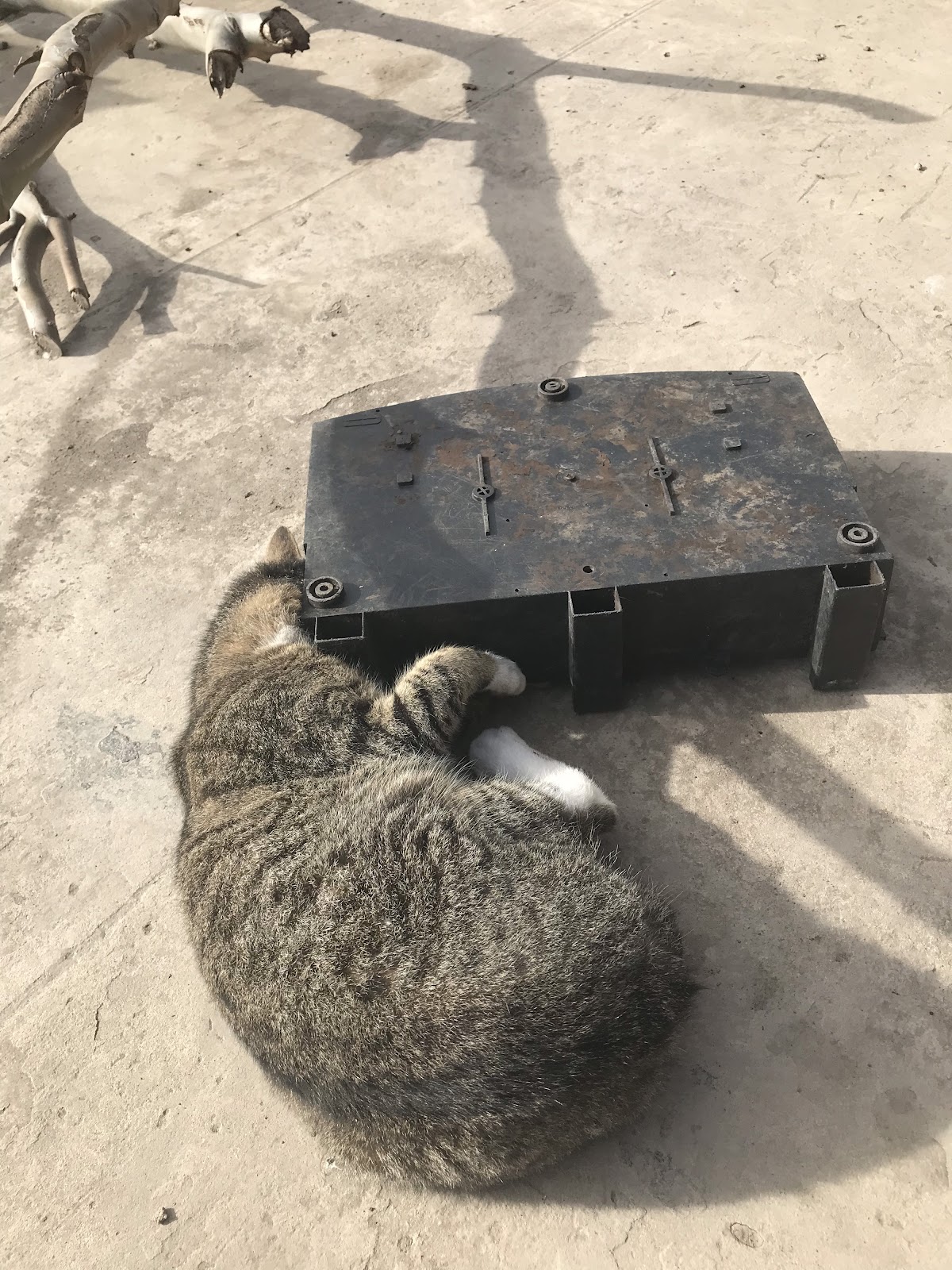 The female cat was discovered in a yard at Paddock Farm Nursery and Water Garden in Dalton-on-Tees, near Darlington, in a distressed state after she became stuck with her head almost completely encased inside the box.

She was rescued by RSPCA Animal Rescue Officer (ARO) Ruth Thomas-Coxon, who managed to calm her down and then took her to a veterinary hospital in Darlington where staff were able to free her on Monday (March 14).

In an intricate procedure (see picture below) they used a saw to cut away the plastic frame of the device while the cat was under anaesthetic. 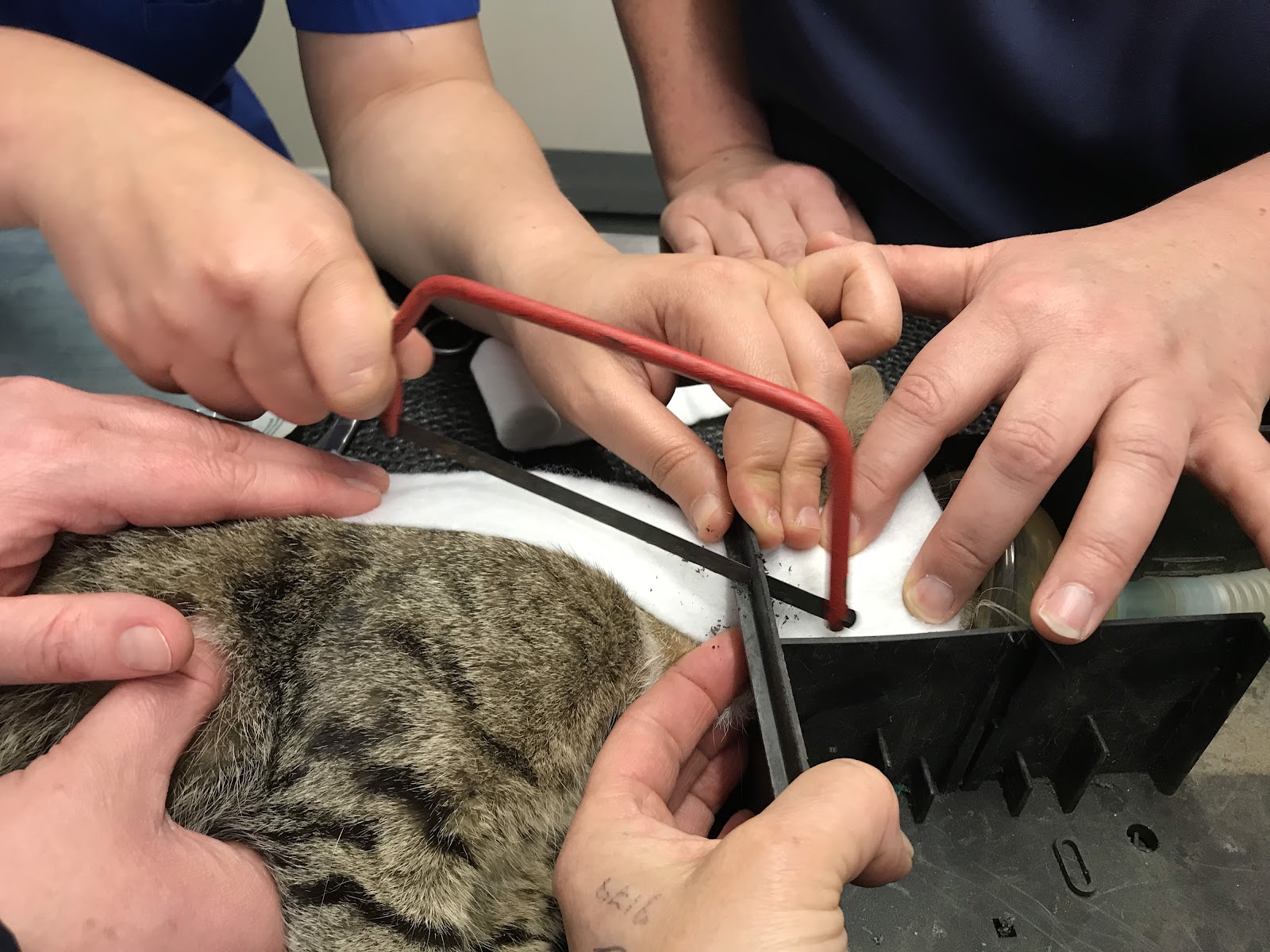 The RSPCA is now searching for the owner of the cat, who is not microchipped.

“When I got to the garden centre a member of the public had already tried to free the cat but she was in a lot of distress and was jumping around with the box on her head,” said Ruth.

“The cat was very stressed, the whole of her head was through the hole of the bait box and she had suffered injuries to her paws as she was trying to escape. It must have been terrifying for her.

“The bait box was in a yard at the back of the centre and it is likely the cat was looking for food and had peered into it. Fortunately, there wasn’t any poison inside. 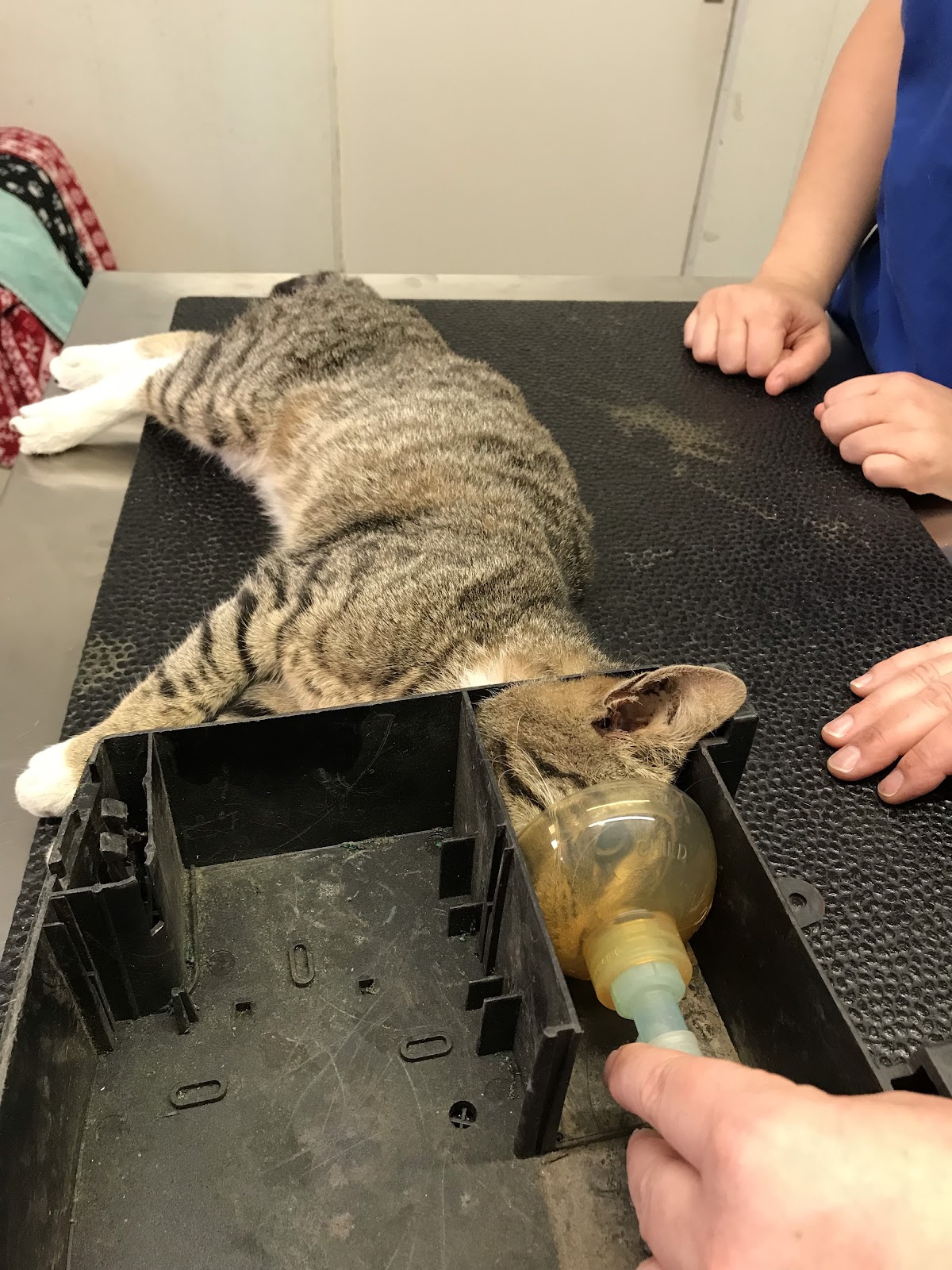 “I took her to Stanhope Park Veterinary Hospital where she underwent a 15-minute procedure to remove the box.”

The cat suffered damage to her claws, some of which were completely broken, and, after the bait box was removed, she was treated with antibiotics.

She has been named Aubrey and is now in the care of the RSPCA (see picture below). She is to be neutered and assessed for rehoming, although she may be a feral cat.

“The staff at the garden centre were really good with her. But she has been quite fortunate as if she’d not been found she would have starved to death.

“She could also have been badly injured as she was trying to run around with the box on her head,” added Ruth 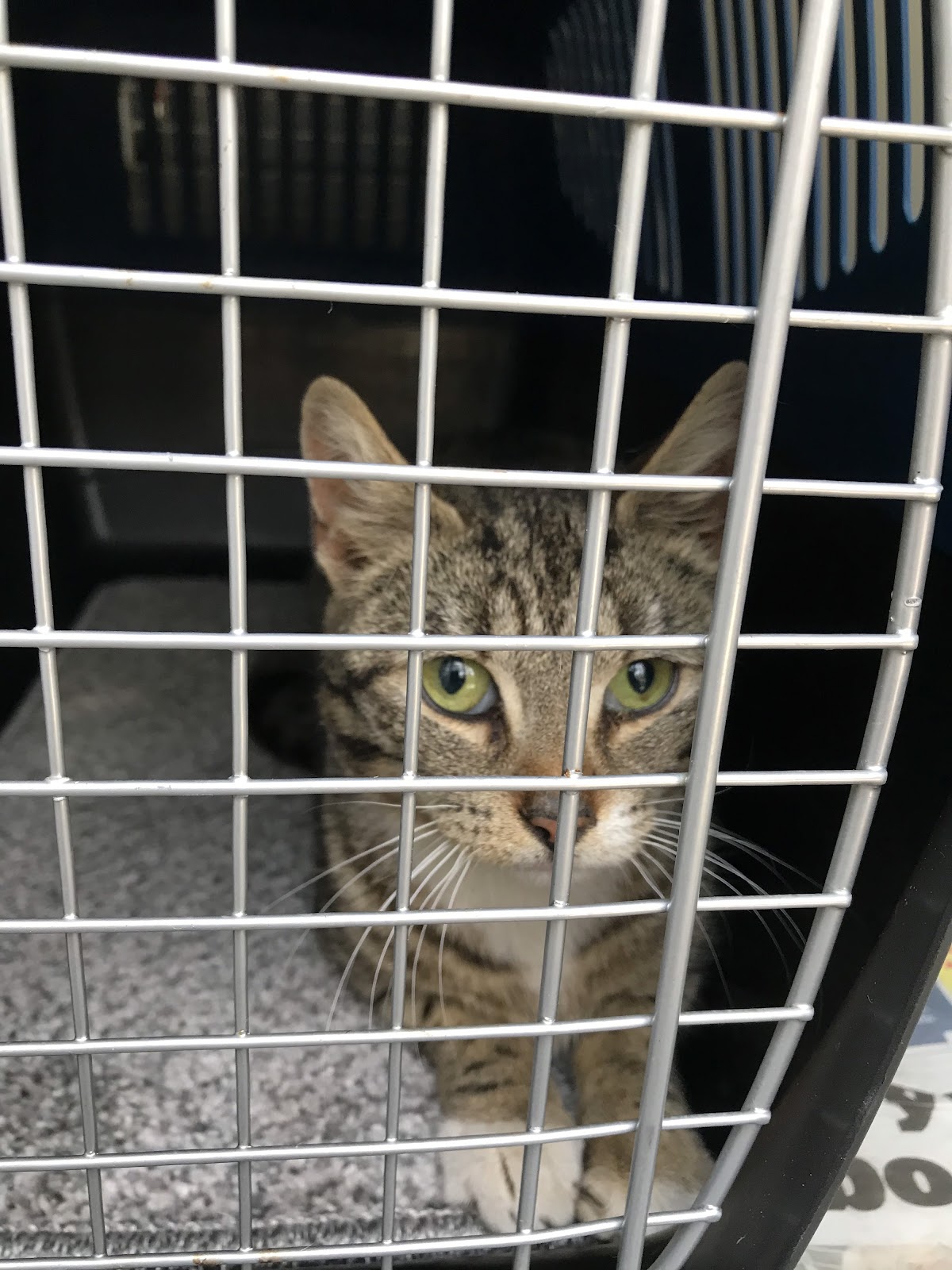 “I’ve put up a found poster up at the centre and posted on petslocated.com in case she does have an owner. But she may be feral and if that is the case we will release her near to where she was found.

“We would say that if any traps are used to catch rats or mice, people need to be vigilant and they need to be checked on a regular basis, at least twice a day.”

The RSPCA wants people to use humane deterrents for dealing with “unwanted rats and mice” and says care should be taken to avoid harming non-target animals. In many cases, deterrence methods such as preventing access, removing food sources, or increased human activity can be more effective than lethal control.

If you have any information about Aubrey then the RSPCA’s appeals line can be contacted on 0300 123 8018.