The RSPCA is warning owners to be vigilant over discarded food after cats were found dead in an area of Hull.

The suspicious incidents have centred in and around Hampshire Street in Hessle with two cats, belonging to the same owner, discovered in a garden and an alleyway.

The body of another cat is also reported to have been discovered in a nearby street.

Chase, a three-year-old black and white cat (pictured on the right), was found on February 25 with a vet confirming the cause of death was a result of ingesting rat poison.

His owner, Sophie Ahmed, was left devastated when the family’s second pet, a ginger and white cat called Milo (above left) was found dead in an alleyway nearby on April 13. It is thought the pet is also likely to have been poisoned, although this has not been confirmed yet. 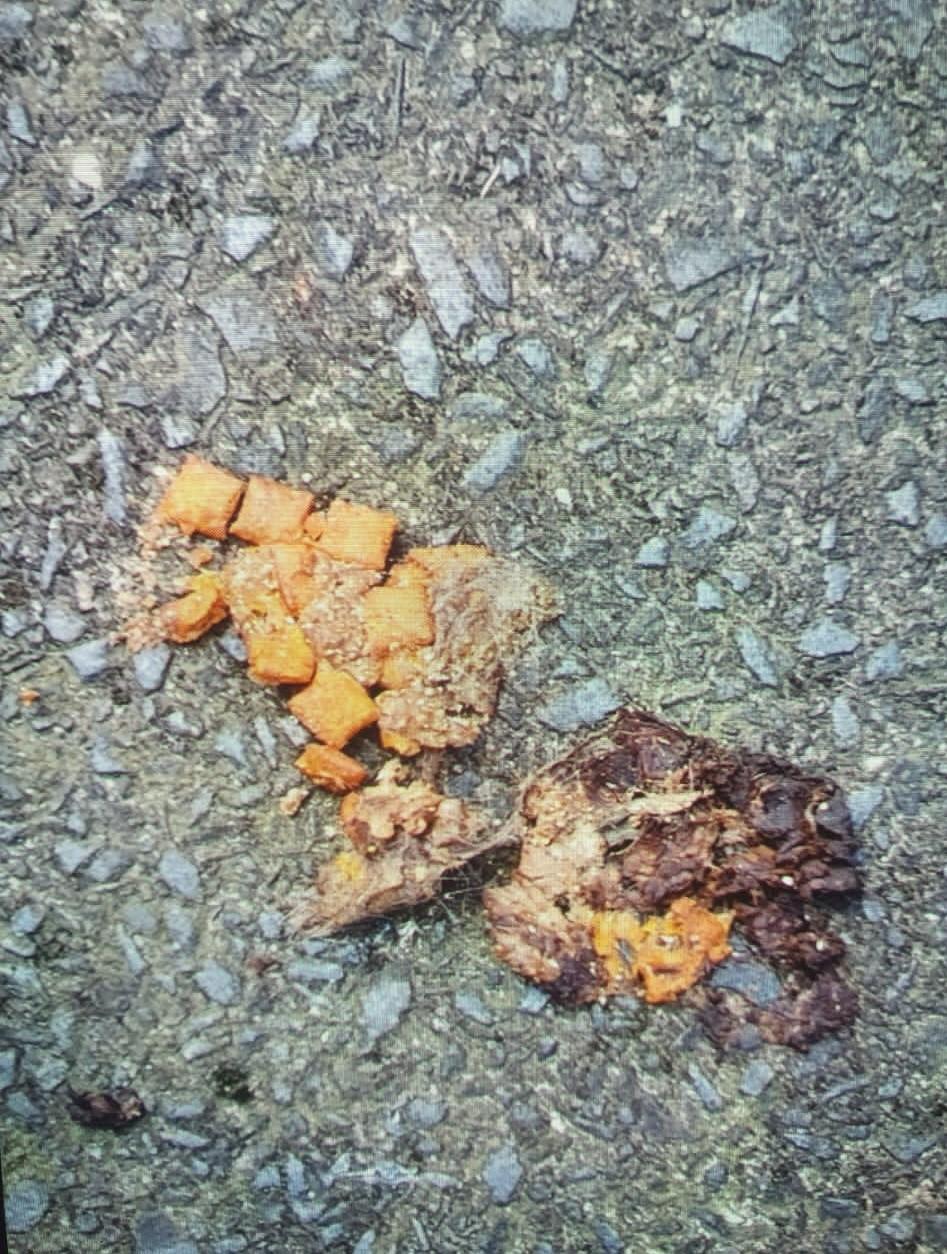 Afterwards the owner spotted some cat biscuits discarded in the area (pictured above), which appeared suspicious as they were matted together with an unknown substance.

RSPCA inspector Claire Mitchell, who was contacted by Ms Ahmed after the latest incident, is appealing for any information.

She said: “We need to make owners aware that in this area of Hull we believe cats are being targeted. Residents need to be on the lookout if they see anyone putting down food stuffs or they see anything suspicious.

“The cat that died in February was taken to the vets who confirmed he was poisoned. That hasn’t been confirmed in the second case, but Milo was found in the same area and the owner also found some food with something in it.

“It suggests someone is trying to tempt the cats to ingest this substance. It’s a dangerous thing to do when you consider children may be running around here too.”

The RSPCA says it is difficult to determine if cases of poisoning are accidental incidents or deliberate. But poisoning an animal deliberately is a criminal offence under the Animal Welfare Act 2006.

Signs of poisoning can be seen from 30 minutes after an animal has ingested a chemical and include vomiting, uncoordinated movements, seizures and breathing difficulties.

If you suspect your pet has been poisoned go to a vet immediately and, if possible, take a sample of what they have eaten.

Mrs Ahmed says that another cat was found dead in an alleyway last week and another has been reported missing locally. She says all the incidents have taken place around Hampshire Street, Hereford Street and Huntingdon Street.

She added: “It was heartbreaking to lose Chase and then to have it confirmed he had been poisoned and to find the food in the alleyway seems to suggest someone is deliberating killing cats in this area. Why would someone want to do that?

“Chase went out in the early hours of the morning and by 10am I was told he’d been found dead. Milo escaped from the house late at night and he was found the next morning.

“Both of the boys were house cats. My baby daughter is one year old and she has grown up with Milo. He used to sleep in her bed and play with her, so this has all been very upsetting.”

Anyone who has any information on the poisoning incidents in Hessle should ring the RSPCA on 0300 123 8018.