A much-loved family cat from South East London has overcome the odds to make a full recovery following a traumatic traffic incident which left her with a fractured pelvis.

Cherished puss Rosie required emergency treatment from vet charity PDSA after her owner, Laura (35), returned home to discover her struggling to walk and unable to bear weight on her hind legs.

Upon finding her, a concerned Laura took Rosie to a local emergency out-of-hours vet, who confirmed Rosie had been hit by a car. It became clear she would need expensive, specialist treatment, which as a nursing student with limited income, Laura knew would be a challenge to afford.

Laura said: “After learning of Rosie’s severe injuries, I had to prepare myself and my seven-year-old daughter, Sophia, for the worst – that we might have to say goodbye to our beloved cat. It was heartbreaking, but I explained that we had to do what was best for her.”

She turned to PDSA, who provide emergency veterinary care for pets in need, and they immediately admitted Rosie to their Thamesmead Pet Hospital. She was provided with urgent pain relief, provided thanks to vital support from players of the People’s Postcode Lottery, while vets examined her injuries.

Several x-rays revealed the full extent of Rosie’s injuries, but there was also good news – Rosie had escaped any damage to her internal organs, so if her pelvis could heal, she had a chance at surviving. 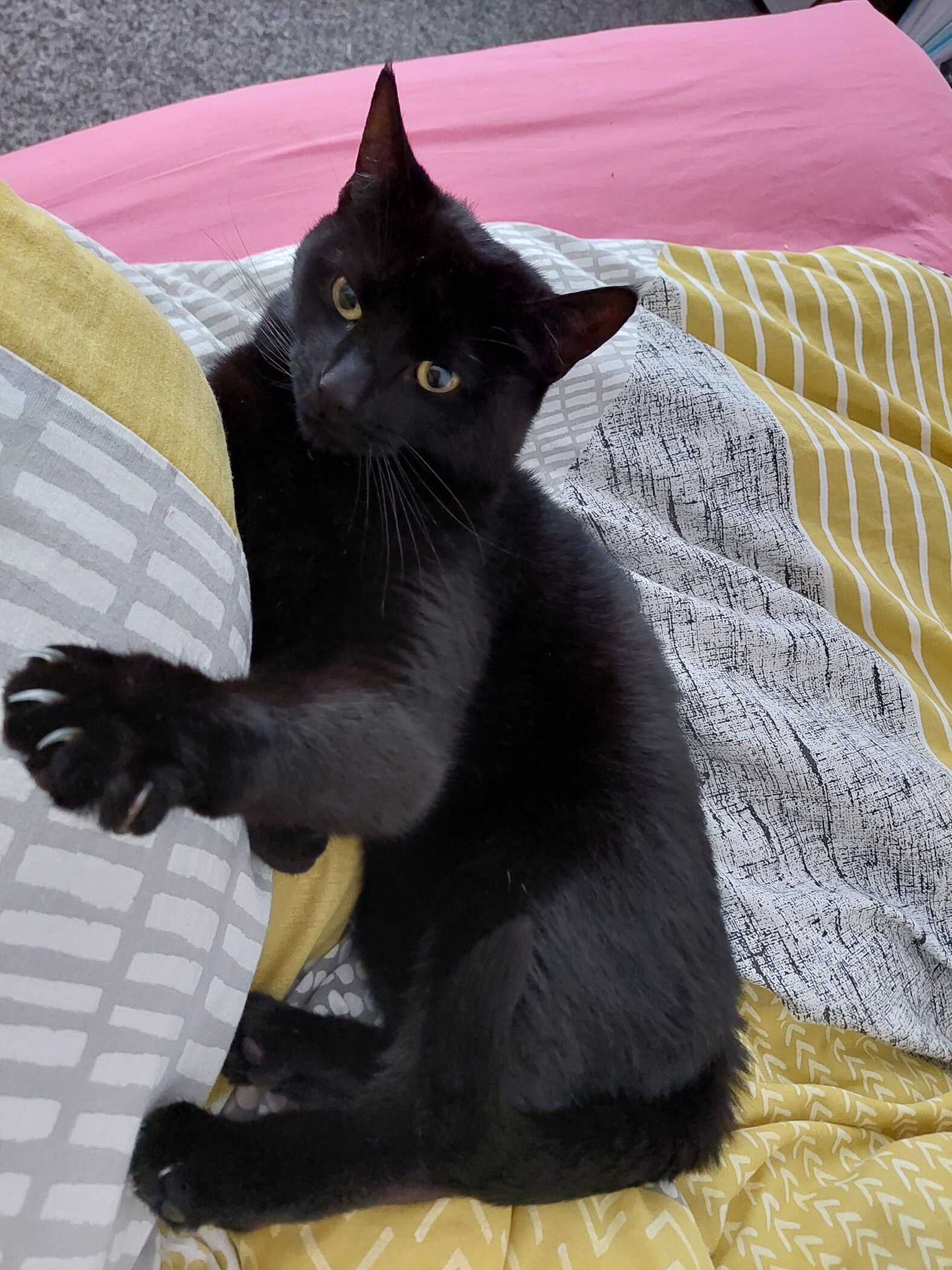 PDSA Vet, Jo Milne, said: “Complex pelvic fractures, such as Rosie’s, often require a surgical repair with a vet who specialises in such cases, but some will heal given enough time and strict rest. In Rosie’s case, her owner couldn’t afford a costly referral, so the next 48 hours were crucial. We needed to manage Rosie’s pain and ensure her injuries would heal without an operation; it was also important to ensure she did not have serious nerve damage that could cause her long-term problems.”

Proving cats really do have nine lives, when Rosie was examined again, PDSA confirmed there was a good chance she would recover.

Laura added: “I was concerned that Rosie may need a major operation, but there was no way I could afford thousands of pounds for specialist vet care. So, I was over the moon when the vets said there was a chance she could recover without surgery and that we could take her home under strict cage rest.”

Gradually Rosie regained strength in her back legs, and within a few weeks she was eager to start walking around again.

Laura said: “I cannot believe Rosie’s recovery. She was in such a bad way, but she’s come on leaps and bounds. It was a huge relief to see her gradually returning to her usual self, as she started to enjoy wandering around the house, while still having plenty of naps on our beds. My daughter, Sophia, was over the moon to have her best friend back and made sure she had plenty of love while she was recovering.”

It was six weeks until Rosie’s pelvis was healed enough to allow her to start increasing her levels of activity, but she’s now made a full recovery and loves exploring her garden again.

Laura concludes: “Thanks to support from PDSA and players of People’s Postcode Lottery, the cost of Rosie’s pain relief was covered – without it she would have been in substantial pain.

“I have signed up to a monthly donation to PDSA and encourage others to do the same because you never know when a pet might need help in future. I never imagined I would be in that position, but thankfully, PDSA was there to help us.”

No one wants to see their four-legged friend in pain. Thanks to support from players of the People’s Postcode Lottery, over 100,000 pets received lifesaving pain relief in 2021, helping furry family members across the UK that needed it most.

To support the lifesaving work that PDSA provides for pets like Rosie, visit www.pdsa.org.uk/donate to donate.