The home and interiors experts at www.Hillarys.co.uk have conducted a survey to over 2,250 UK residents, over the age of 18 who said that they own a pet, to find out how many UK pet owners let their pets sleep in bed with them throughout the year. They also sought to find out pet owners’ attitudes towards letting their pets on furnishings and in certain rooms of the home.

When asked whether they share their bed with their pet on a regular basis, over two thirds of respondents said that they do (67%). It was found that those aged between 18 and 30 are most likely to allow their pets to sleep on their bed (87%), while the least likely to allow pets to sleep on their beds are those aged between 45 and 60, with less than a third saying that they do so (28%). 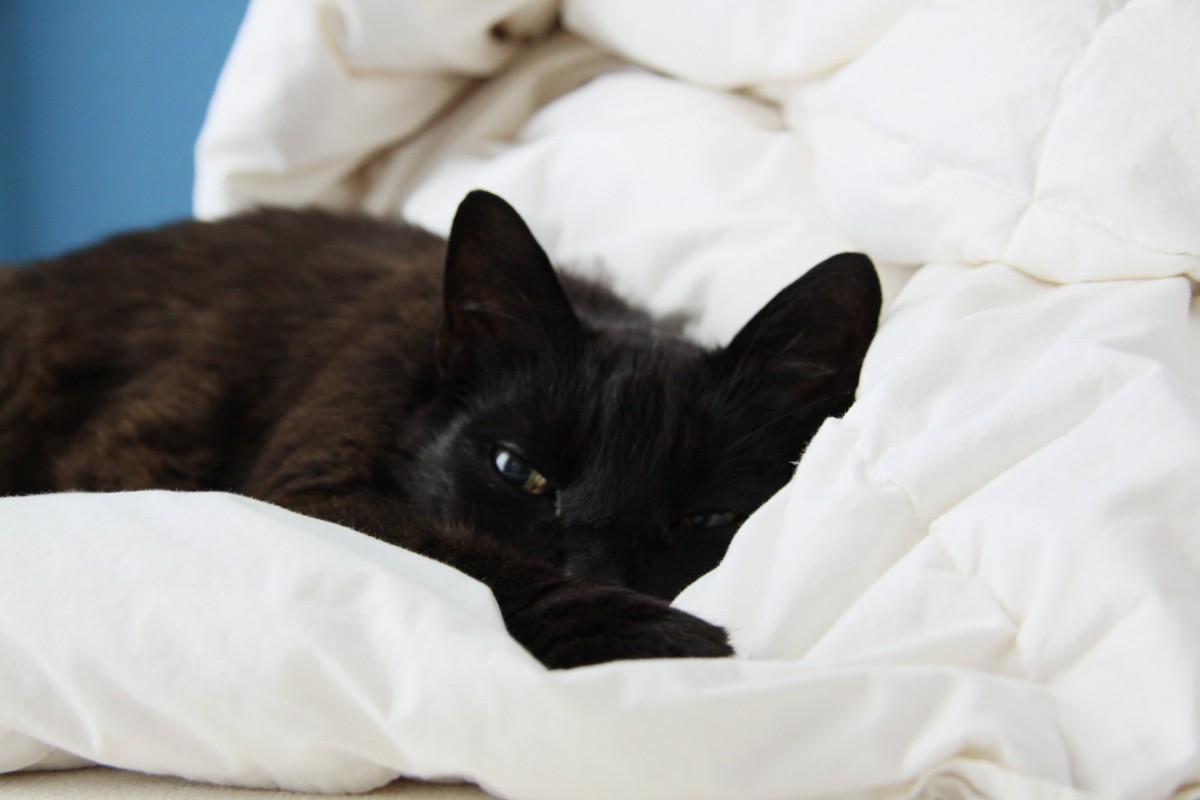 When asked why people sleep with their pets, the top reasons were found to be:

The team also asked about the reasons why people chose not to sleep with their pets. Of the 33% of people who said they don’t let their pets sleep with them, over half said that the reason was because the pets disturb their sleep by making noises, such as barking or meowing (55%).

Rachel Fernie, spokesperson from www.Hillarys.co.uk, commented on the findings:

“It’s interesting to see how our relationship with our pets has changed over time and to hear that over a quarter of pet owners between the ages of 18 and 30 have given their pets their own room in the house!”