Please find below a Guest Story from Alyssa L.

I had been wanting a cat for awhile. When I moved in with my partner, Scott, he told me the only way we could get a cat is if I put together a power point presentation with all the info needed to add a cat to our family.

I put together a cute little presentation  that I think was much more informative than Scott thought it would be. He seems quite shocked that I actually did it. But he said yes! So we started the process of finding our perfect fit! We needed a cat that would do well with dogs because we have a 13 year old westie, named Zoe, who has been with me since I was 10 years old. She has been there for so much with me. Moves, relationships, break ups, all of life’s movements. With her aging, and losing the energy she once had, we knew we needed someone special for not only us, but her as well.

We searched through multiple different humane society websites, just trying to find our perfect match.  We saw his picture and immediately fell in love. And then we read about him a little. He had been at the shelter since February 23, my birthday (can I say fate?). They described him as playful but kind of shy. They said that he had tested positive for FIV (Feline immunodeficiency virus), which means he could never really be around other cats, unless they also had FIV. It was also discovered, while he was at the shelter that he has a heart condition that “makes his heart beat a little too fast”. They put him on a medication immediately to help slow the progression of this condition. 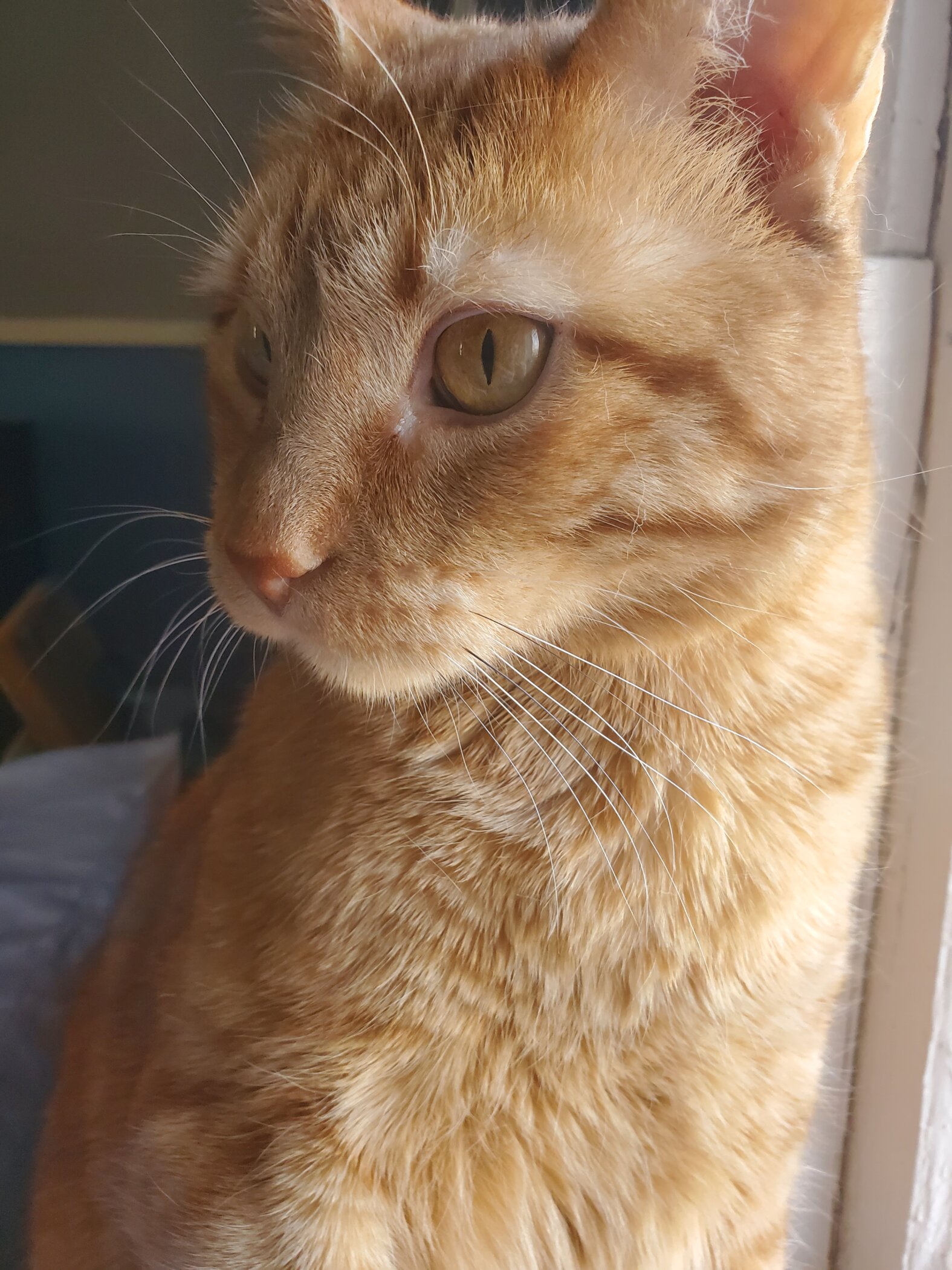 When we read this, and found out how long he’d been there, we knew we had to bring him home.

We hopped in our car one Saturday in June, drove to Kansas City from Lawrence and met this beautiful creature. He had a respiratory infection. He was stuffy, and coughing, but goodness was he excited to meet us. It was like he knew we were there for him. He came to me, tried to sit in my lap and just wanted to be loved on. Other cats would try to come up to us, one even tried to escape in my purse, but he wasn’t having it. He stepped in their way every time, making sure my hand touched him before anyone else. We were with him maybe 5 minutes before I told the case worker I wanted to start The adoption process. We left a bandana that smelled like Zoe in his cage, so he could be somewhat prepared for his new life.

Now, because if his respiratory infection, we had to wait until he was off his antibiotics to take him home. 2 weeks! 2 weeks of antibiotics and he would be home! We were way too excited. We went the next day and got everything we thought he’d need. Food bowls, food, treats, toys, cat nip, scratching posts, and a fancy collar that says Mr. Muenster. We may have gone a little overboard before he even came home, but we wanted him to have his own space from the moment he came into the house. 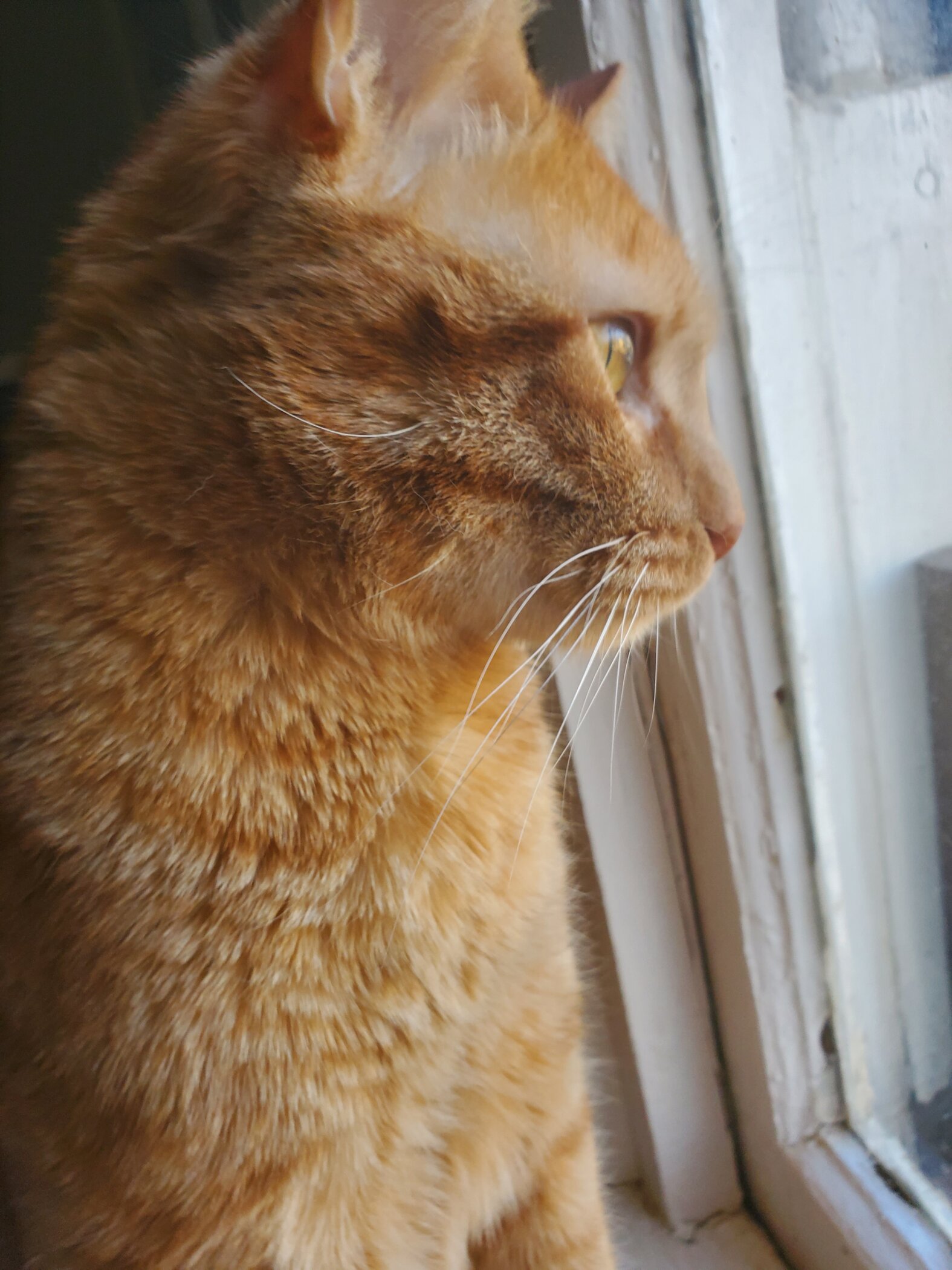 My mom went with me to bring him home. We drove out to Kansas City together, buzzing with excitement. I’d been waiting for him for so long. We got there, filled out the paperwork and we’re on our way with Muenster in his cardboard box in the back seat. He was so ready to be loved, he broke the box, scaring my mom half to death, so he could sit with me while I drove. He sat in my lap the whole 40 minute drive home, kneeding and cuddling close.

We expected him to be a little timid coming into a house that already had life to it, so we had a plan to slowly introduce the babies. We had it all worked out to make him feel as comfortable and safe as possible.  He disregarded this and again broke free from his crate. He walked right up to Zoe and smelled her. They have been pretty inseparable since. When Zoe goes outside, he sits at the door, watching and waiting for her.  He waits until she is asleep and cuddles up next her. He has brought so much life back to her just in the month he has been with us.

Within a week of him coming home he had an appointment with his new vet, just to make sure all is well. They informed us he actually does not have FIV(!!), as we originally thought. They were also able to give us a name for his heart condition so we could better care for him. Its called Feline Hypertrophic obstructive Cardiomyopathy. Which is a condition that causes the muscular walls of a cat’s heart to thicken, decreasing the heart’s efficiency. It can potentially create symptoms in other parts of the body. So we give him his meds twice a day and monitor his behaviors.  Based on the numbers from the humane society to his first appointment, the medication seems to really be helping manage his needs. It’ll be a life long battle, but we are ready to fight this with and for him. 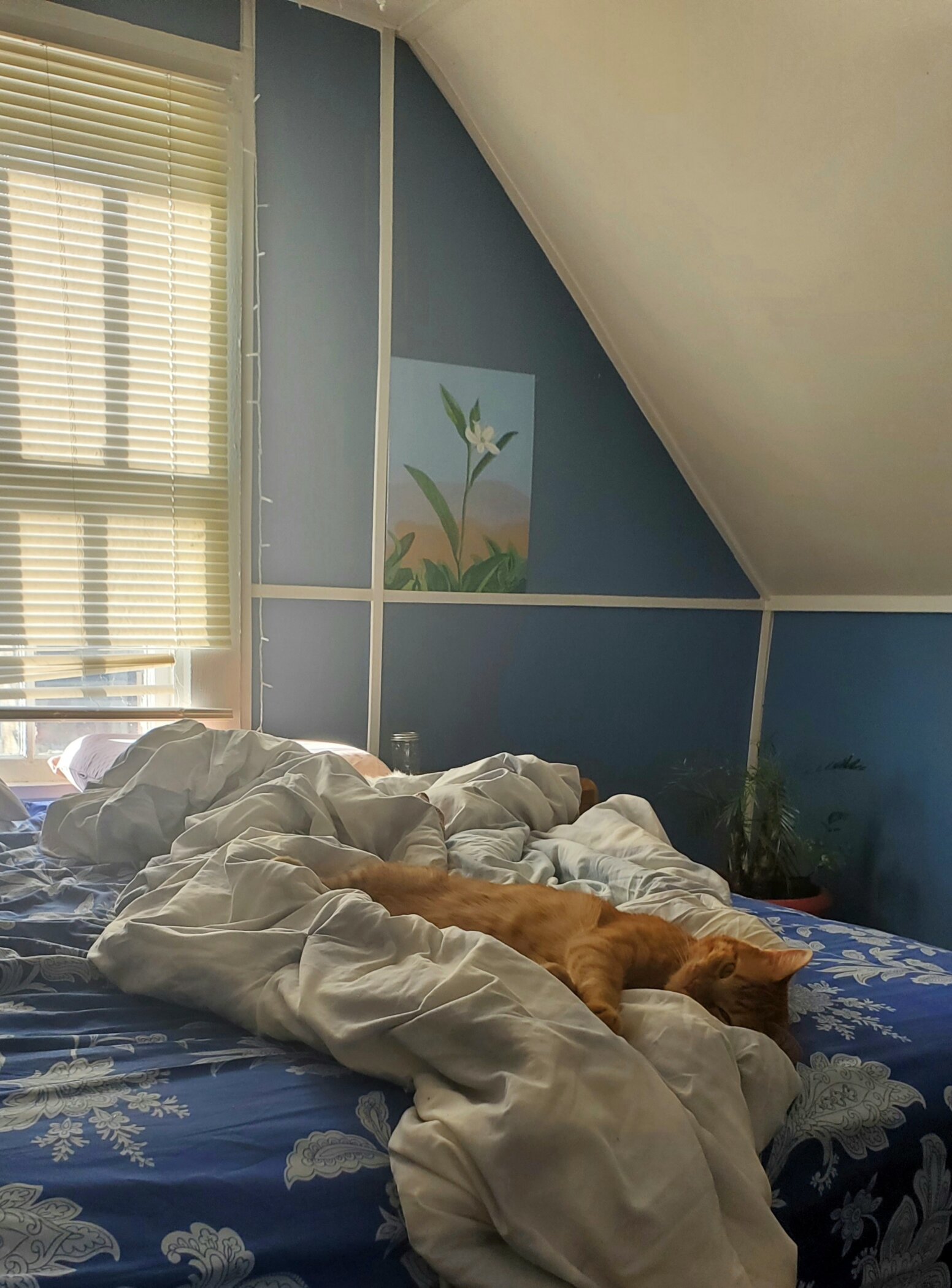 We have now had Mr. Muenster for about 8 months, and he is such a beautiful part of our family. He yells at us when he’s hungry, he yells and arches his back when he wants me to pick him up, and then he cuddles in. He sits on his stoll and watches our dog, Zoe, while shes outside. He’s the sweetest boy.

We are forever thankful Mr. Muenster came into our life’s. We needed him just as much as he needed us, and it shows every day.