The population of stray cats in Cyprus is now a staggering 2 million, down to years of chronic underfunding of spaying and neutering programmes. The government only provides a mere £8,350 a year to tackle this problem for the entire island. This means £1,670 per district, translating to sterilisation for only 25 to 30 cats. Taking into account that there are around 2 million cats on the island (double the human population), that’s nothing. And sadly many people in Cyprus just have not been educated on the benefits of spaying and neutering. There are often religious beliefs, that animals should be left ‘as God intended them to be’.

Some of the cats that Michele feeds daily at a local colony.

Cat shelters are now overwhelmed, but every town has its ‘cat ladies’ who feed the local cat population and often pay for vet bills out of their own pockets. Michele Buss is one of those amazing ladies.

Michele, who is a huge animal lover through and through, is from the UK, and decided to retire to South East Cyprus in 2019. She brought her three beloved dogs with her, Twiggy, Lola and Ruby. Having holidayed there for 20 years previous to moving over she knew the cat situation was dire, but she was adamant that she was not going to get involved. However, things don’t always go to plan! A friend begged her to take a little kitten as she was full up and this little one was just a few weeks old, and had been dumped into a large dustbin. There was no way Michele was going to say no! 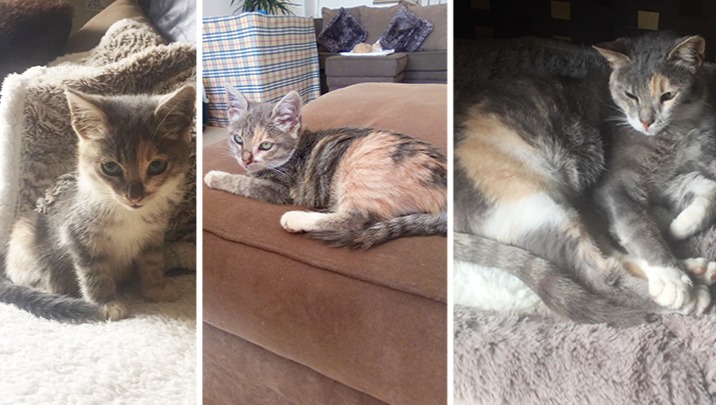 Where it all started with one little kitten! Michele took in this kitten who had been dumped into a dustbin, and she has now become a permanent resident.

From that point, Michele started to feed a few cats and kittens up the road, and then more and more kittens were just turning up as the estate she lives on has become a regular dumping ground for so many tiny kittens that are ruthlessly taken from their mothers at 3-4 weeks old and thrown away like trash. Some locals also go and put poison down to kill all the stray kittens that have been dumped, but they just keep coming; tiny kittens left to their own devices, that only survive because of kind people like Michele. 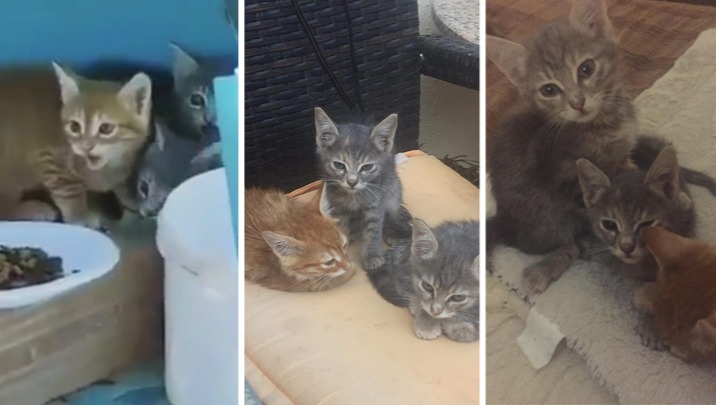 Three motherless kittens dumped, then caught and taken to Michele’s home, checked at the vet, and now they will live with Michele until they are old enough to be sterilised and rehomed.

Michele then also ended up helping with other cat colonies left behind after their ‘carers’ either moved away or couldn’t cope anymore, so she bought herself a car and a cat trap so she could travel to them and keep them fed and start her own sterilising programme. She catches them, takes them to the vet to get them sterilised and to treat any issues they may have like ear mites, ticks, fleas, ringworm, dehydration, etc, and then releases them back to their colonies. However many of the kittens are too vulnerable to just return to the colonies straight away so Michele will keep them at her home for a while until they are ready to go. She tries her best to find loving homes for them, but in a country that is already overrun with cats this seldom happens. So they either become Michele’s permanent residents or are returned to colonies when they are old enough, sterilised and healthy. 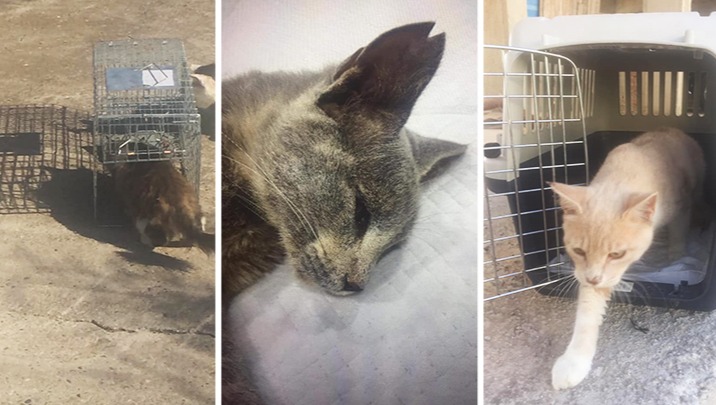 Michele traps the cats, gets them sterilised and then releases them back into the colony. The vet snips a v-shape into the tips of their ears so it’s clear to everyone which cats have already been sterilised.

Cats being released back into the colony following trapping and neutering

Michele currently has 5 kittens living with her, as well as her 3 dogs that came with her to Cyprus from the UK. She also recently adopted Dana the Angel Dog, a 13-year-old Lab/Pointer who has become a sort of matriarch to all the cats and kittens that come to stay with Michele. Dana befriends all the cats and and is a loving and calming presence amongst all the kittens that have been taken away from their mothers far too early. Michele’s older cats that have grown up from kittens and been neutered now come and go as they please, as the door is always left open. Some of the local feral cats also come in and have a look round and sometimes have a sleep in the sun.

The family having a snuggle at home, including Dana the Angel Dog.

Michele wants to make an even bigger difference in 2022, and her goals for 2022 are to neuter at least 2 cats every week and return them to their colonies, and to continue to feed the cats and kittens that stay with her and the 35 or so cats she feeds in the colonies that she visits daily, and the cats that regularly return to her garden. Although Michele realises she can’t change the world, for the cat you neuter their world is changed, and that also means less cats reproducing and less kittens abandoned each year. And that’s what gives her the drive to help as many cats as she can. If you would like to watch Michele’s progress and perhaps even help with her invaluable work, please visit her Facebook page where you can support her through a fundraiser or get in touch to offer help. 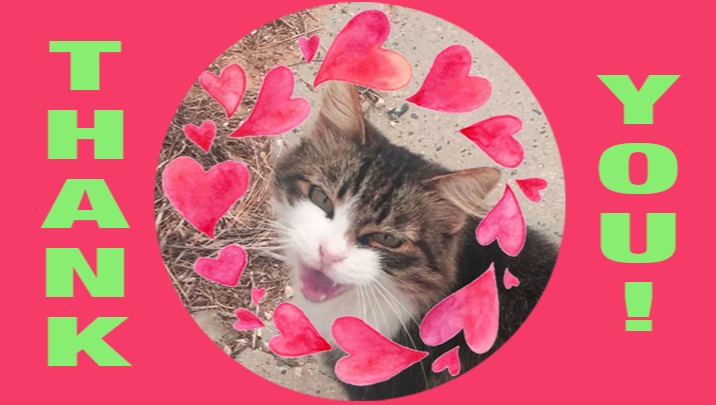 One thought on “The Plight of the Stray Cats of Cyprus”