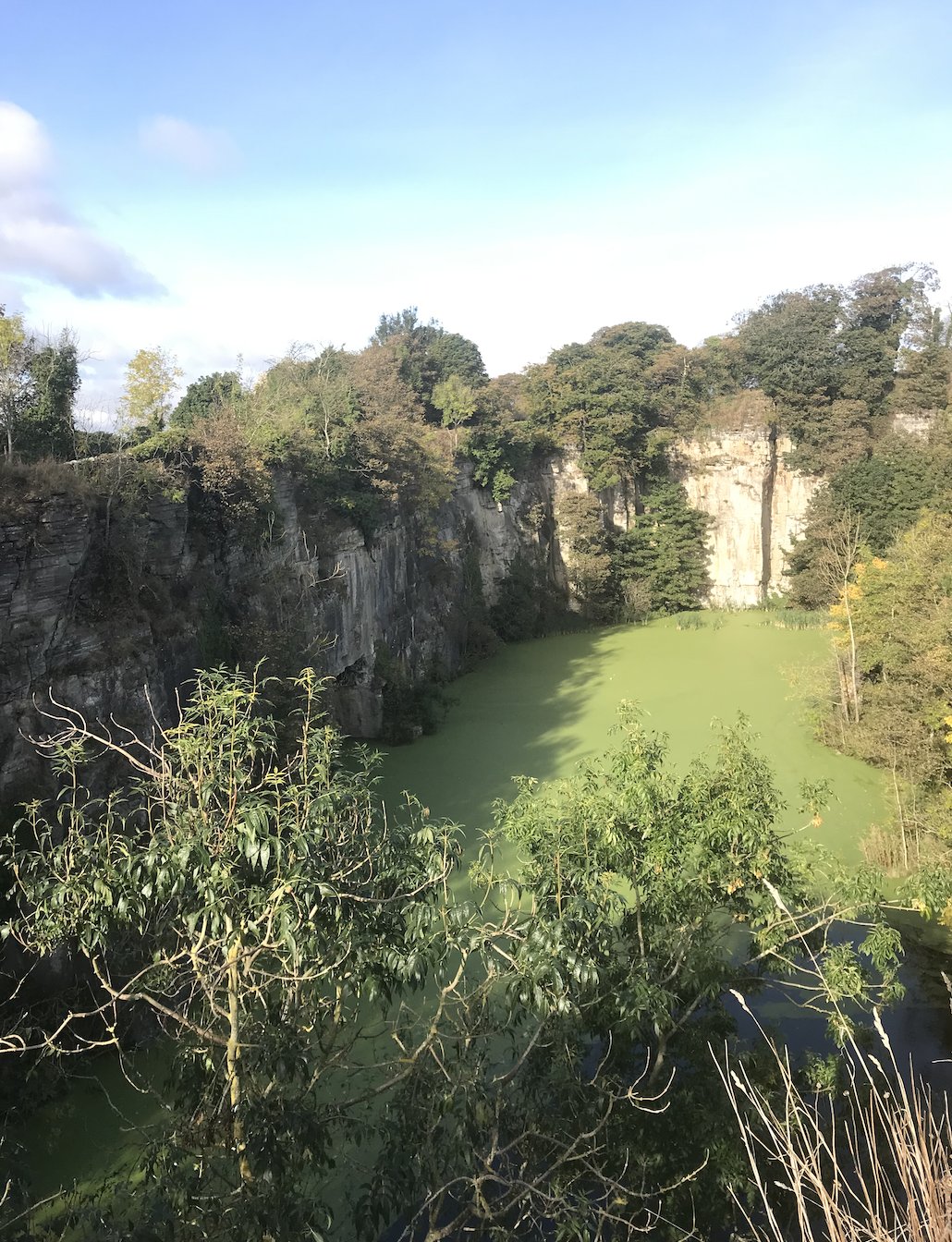 A tiny kitten could be heard meowing for help from a 30ft-deep quarry.

An RSPCA rescuer was called to a quarry near a caravan park in Leyburn, Yorkshire Dales, on Sunday (10 October) after passersby heard meows coming from the 30ft-deep chasm.

Animal rescue officer David Holgate attended the scene after a local tree surgeon had attempted to rescue the little cat the previous day.

Inspector John Lawson attended the following day and said: “A tree surgeon had heard the cat crying and tried to rescue her but the frightened kitten had been spooked and tucked herself into a tight crevice which we couldn’t reach.

“The old quarry was deep and the kitten was thought to be trapped halfway down the cliff edge. It was very dangerous for both the kitten and for anyone trying to help her.

“Locals said the poor kitten had been stuck down there since at least Friday 8 October when they first heard meowing and they grew more and more concerned when it didn’t stop.” 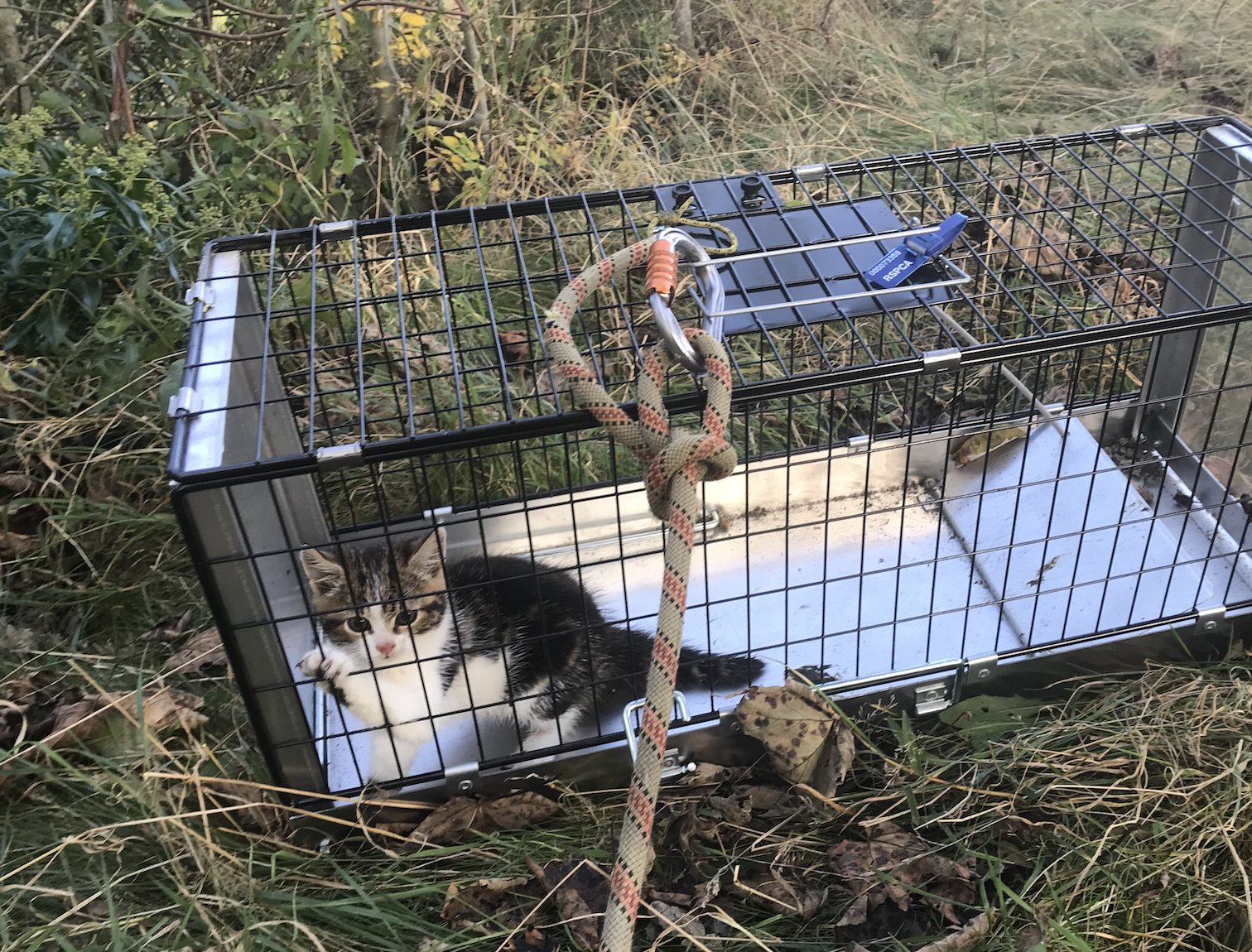 David and the tree surgeon met at the site and set up a cat trap which they then lowered into the quarry secured with a rope.

John returned the following day to check the trap and added: “I returned on Sunday (11 October) and was thrilled that the trap had worked and the kitten was trapped, safely, inside. I carefully winched the cat trap up and finally got a glance at the frightened little tabby and white kitten.

“It’s difficult to know how the little one ended up in such a perilous spot; she may have been born to a stray cat down in the depths of the quarry and started meowing for help after getting separated from her mum. Alternatively, she may have ventured away from her mum and tumbled into the quarry to become stuck. Either way, we were very worried about her down there so it was wonderful to finally see her back on higher ground.” 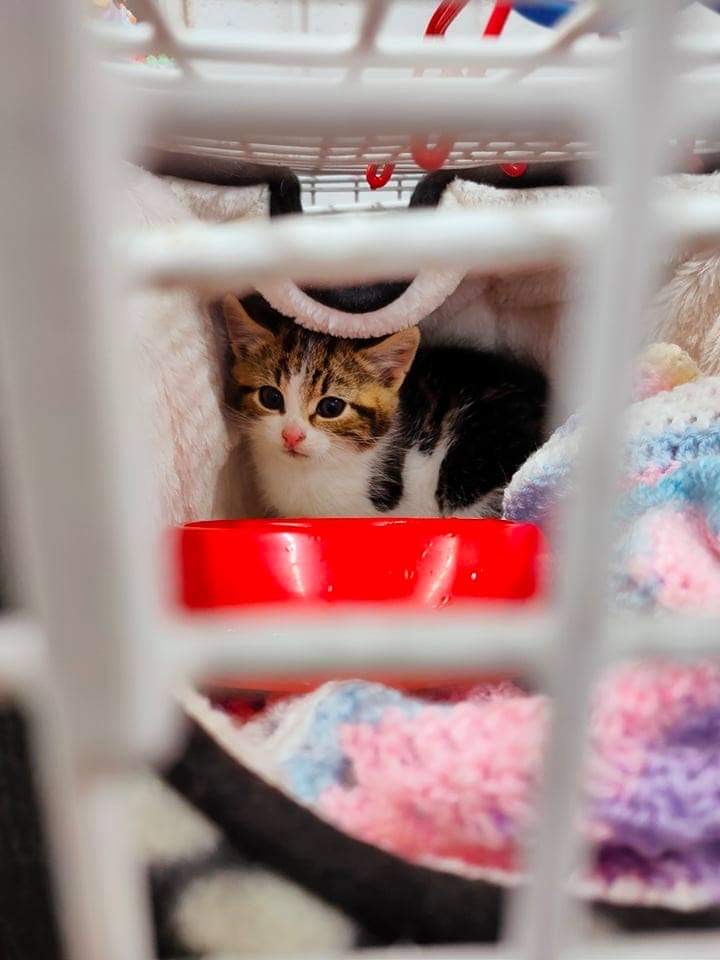 Steph said: “She’s doing well and now has two big step-brothers, who are around five-months-old and were rescued after their mum – a feral cat – became injured and the whole family needed some help.

“Little Dot and her two big brothers – Joey and Chandler – are all nervous but are slowly getting braver and will now let me stroke them.”

2 thoughts on “Get Me-owt of Here’: Quarry Quandary for Stricken Kitten”