A kitten who vets feared was days from death has defied the odds to survive and is thriving in her new home thanks to the care of pet charity Blue Cross.

The six week old youngster weighed 0.4kg, less than half a healthy kitten of her age, when she was brought into the care of the team at Blue Cross in Manchester after her owner could no longer care for her.

Charlotte Ayres, Animal Welfare Assistant at the pet charity’s rehoming centre on Blackburn Street in Radcliffe, said: “She was extremely poorly, with discharge coming from her eyes and she was wobbly and lethargic. Her owner had contacted us for help and said he couldn’t keep the kittens. Sadly, one of the kittens passed away before we could even admit it to a vet.”

At just six weeks old, the kittens had been separated from their mother too early and were struggling for survival. Fortunately, the team at our Manchester rehoming centre stepped in to help.

Marie went into the care of a Blue Cross foster home where she could be closely monitored as it was still touch and go whether the tiny kitten would pull through.

One night, Marie suddenly took a turn for the worse and had to be rushed to the vets after becoming extremely lethargic and wobbly. She was hospitalised immediately and urgently treated with medication in the in the hope of saving her life.

Thankfully, after five days in hospital and round the clock care, little Marie started to show small signs of improvement and was eventually discharged back to her foster home where she continued to be closely monitored.

Charlotte said: “She began to pick up and put on weight, even making it over the 1kg mark! Her foster carer said she had become a different cat and was now eating for England, growing in confidence and starting to act how a kitten should, playing and running around the house.”

After making a full recovery, and nicknamed ‘Miracle Marie’ by the Blue Cross team, she quickly found a new home with Charlotte Raynes and her partner Connor.

Charlotte said: “When we saw Marie and how tiny and beautiful she was we couldn’t say no! And when we learned about her previous health conditions, we knew that we could give her the loving home she needed.”

Marie quickly made herself at home and was introduced to their other cat Percy. 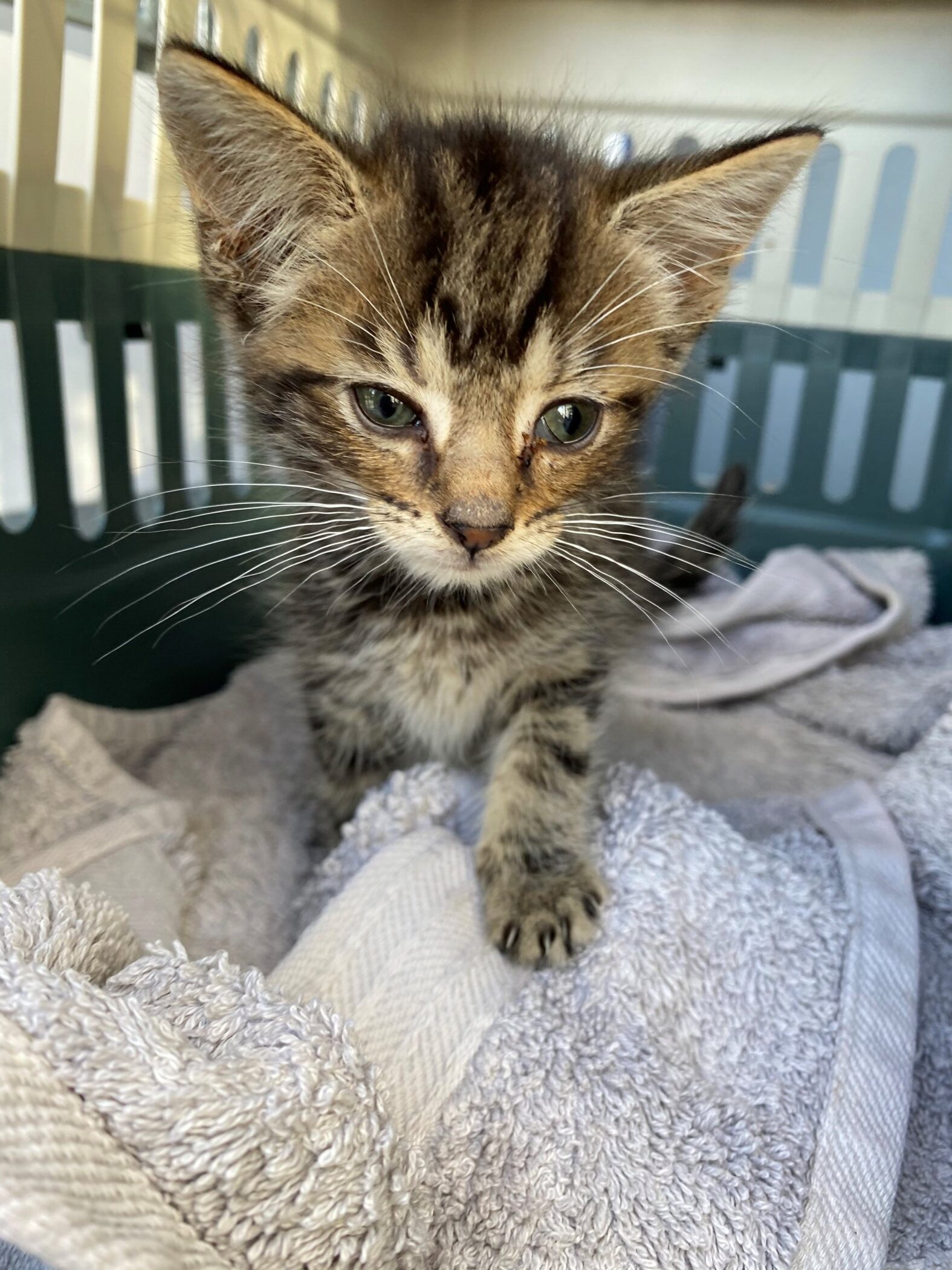 Charlotte said: “She settled in straight away and sooner or later became a right little madam ruling the house! We believe she looks up to Percy as they are inseparable.”

Each year, Blue Cross cares for hundreds of unwanted or stray kittens. The pet charity is urging people to neuter their cat to prevent unwanted litters and also to reduce the likelihood of them straying and picking up diseases.

For more information on the work of Blue Cross or to make a donation to the pet charity to help them help more pets like Marie visit www.bluecross.org.uk

5 thoughts on “Miracle Marie: Kitten Weighing Less Than Half a Kilo Defies the Odds to Survive”