It’s me Mactavish here today! And it’s my first ever playtime with the 4cats toys. I managed to get my paws on this Premium Rustling Cushion. 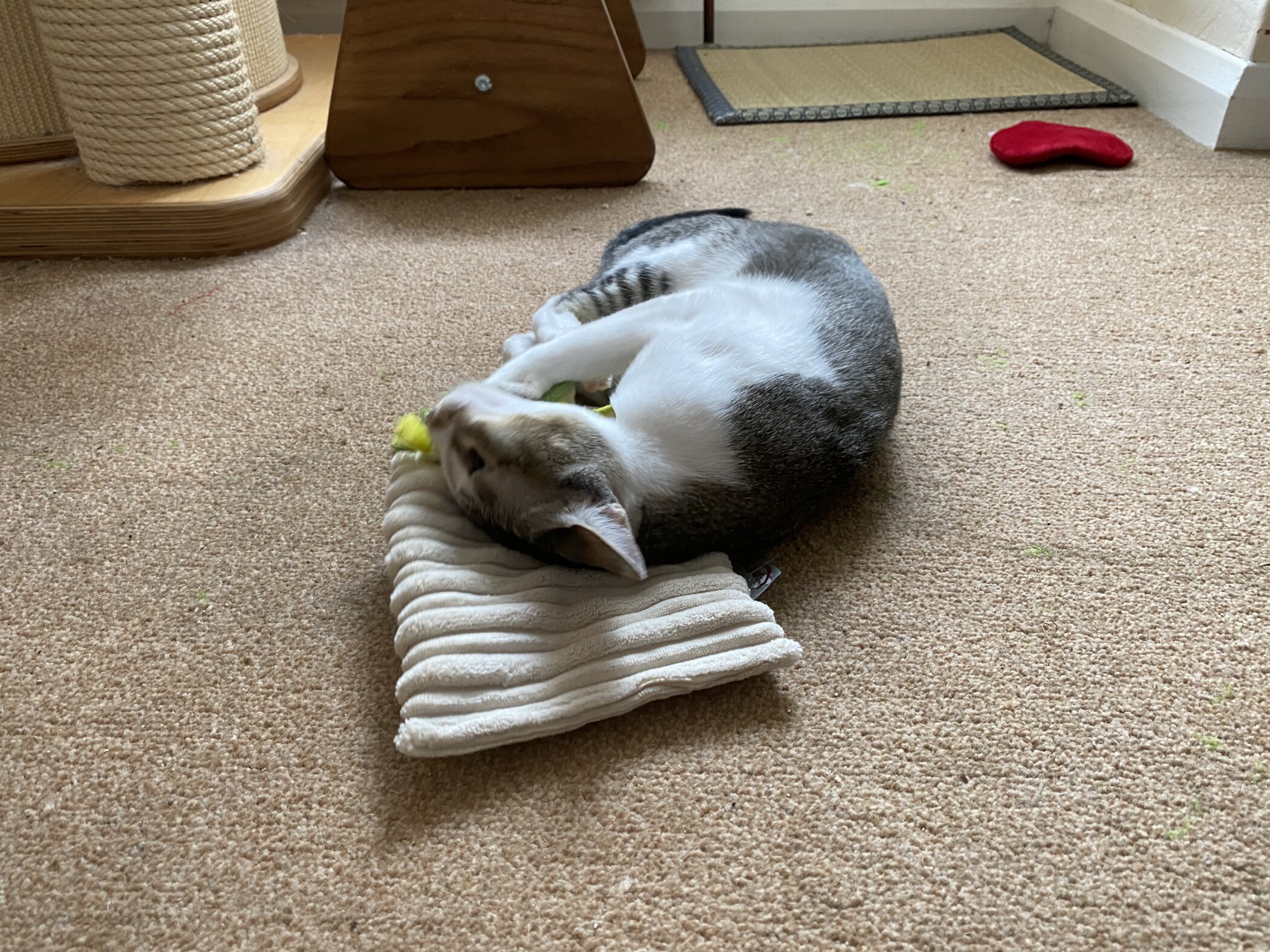 Mactavish: It’s super soft and purrfect to roll around on! 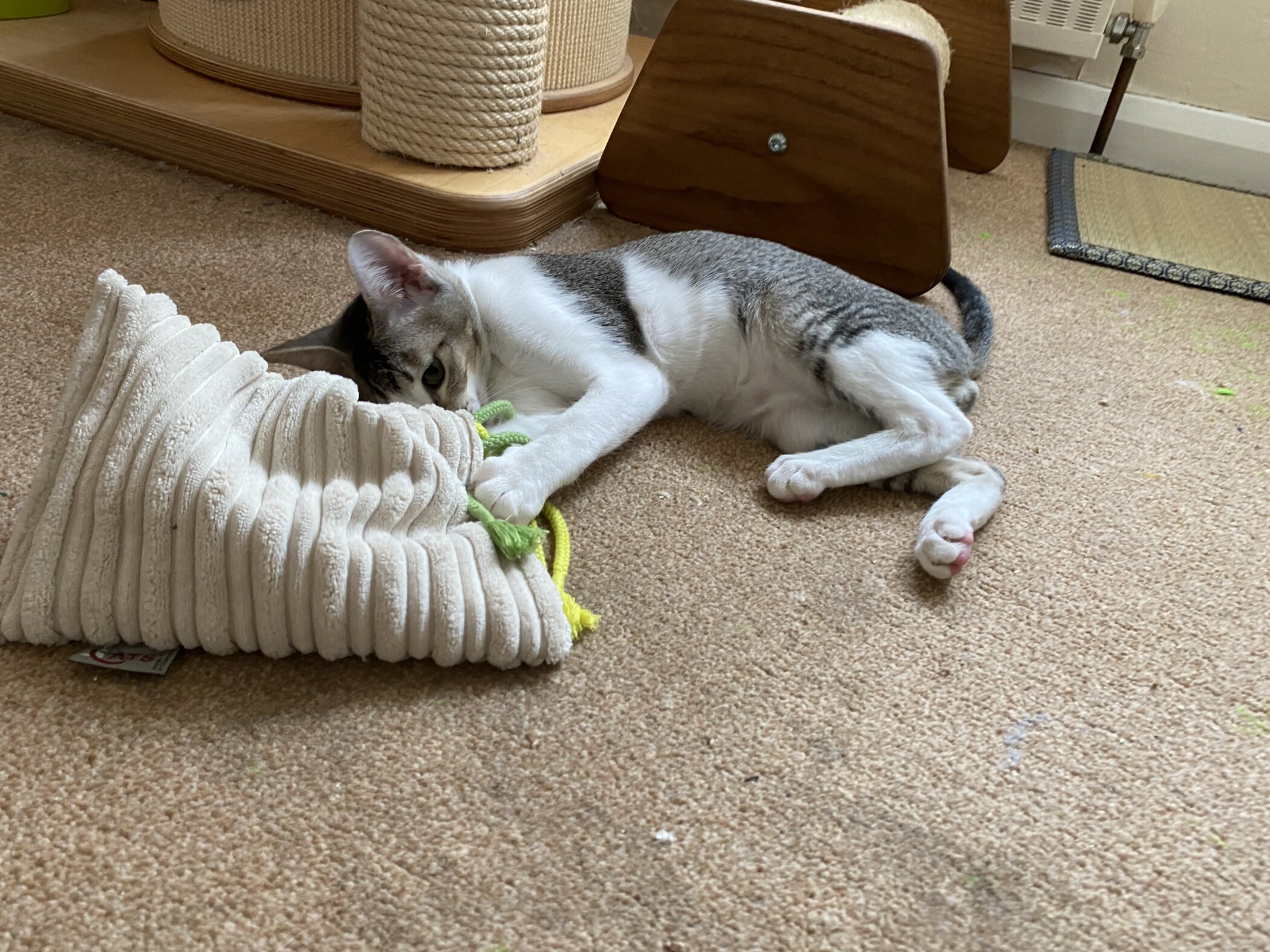 Mactavish: And whenever I dig my claws into it… it makes fun rustling noises that are just loud enough for us cats!

Mactavish: But my absolute favourite… are the tassles!!! So much fun to pull at them. And no matter how hard I pull they won’t come off. 😀 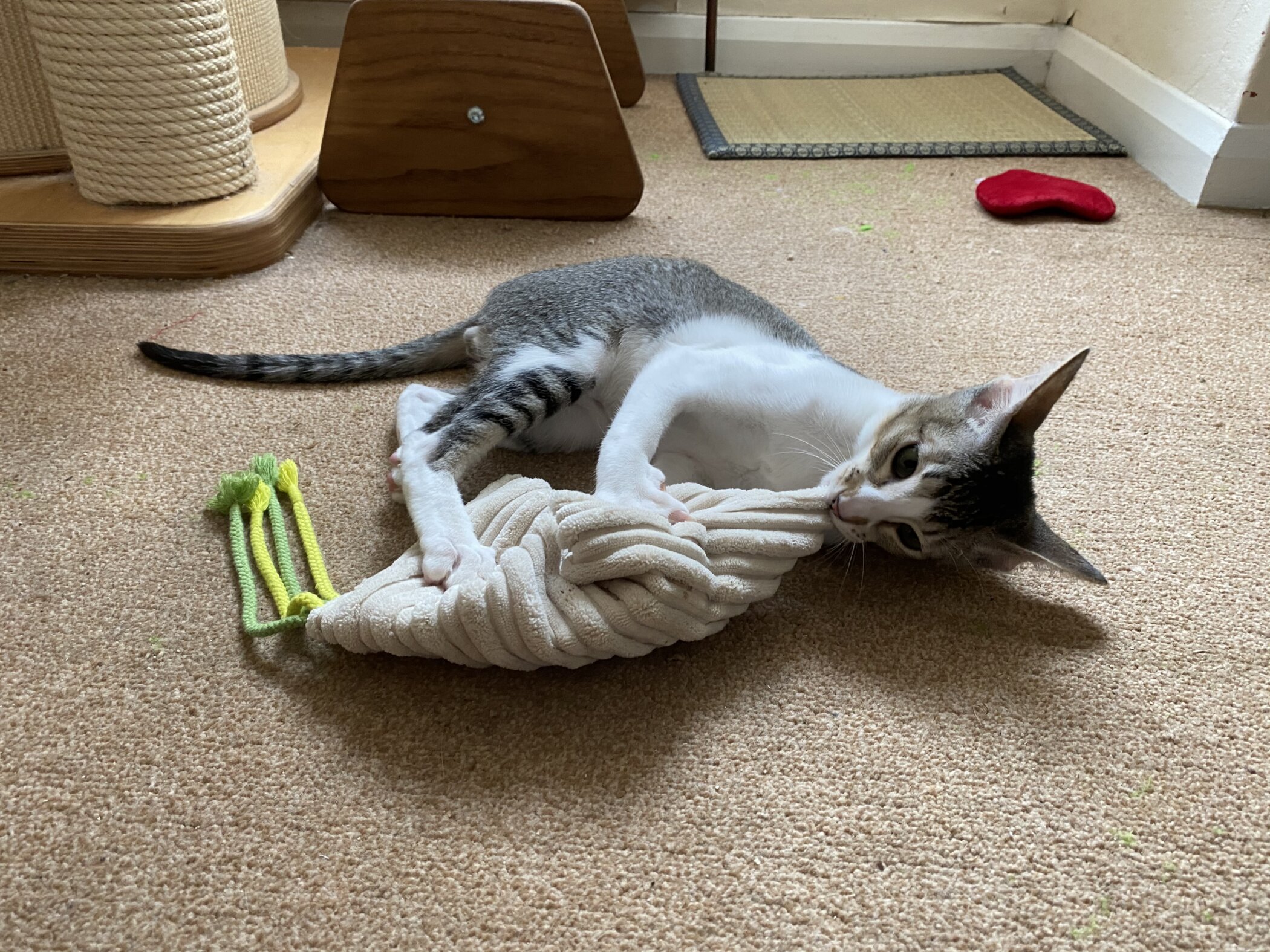 Mactavish: And even with my teeth firmly tugged into the fabric the cushion still survives!

Mactavish: As you can see in the video I had a lot of fun with my toys from 4cats. 😀

Mactavish: Right that’s it from me today! if you’d like one of the premium Rustling cushions go tell your humans to order them here. 😉 Plus there are many other designs available in the 4cats range.

His Meowjesty Prince Mactavish also known as the Parrot Cat

3 thoughts on “Mactavish: Fun with the Rustling Cushion!”