Today we would like to share the story of Kobe who despite having had a tracker went missing. Unfortunately, he is assumed to have been abducted so the more people can share his story the greater the chance that his human and him can be re-united!!

Kobe is a Siamese Lilac Point Tabby. He was last seen on the 3rd of August 2019, it was 5:30 am when my husband got up to let him out, as Kobe and Jasmine are not allowed out overnight his GPS collar was put on and he had his breakfast and off out he went.

We constantly track Kobe and Jasmin to see where they are at approximately 2 o’clock that afternoon my husband (Simon) said that Kobe hadn’t moved for about an hour, that was very usual, so we decide to go and find him. We were calling and calling, Kobe always comes to us when we call, he is very vocal, he loves it when we go and find him when he’s out on his walks. His GPS tracker has lights and sound so we turned the on, we could hear it, my heart sunk. I thought he been injured. So, I ran nearer to the sound calling him repeatedly no reply. All we found was his GPS collar which was undone. We walked around calling him we knocked on doors and nothing.

I started joining Facebook groups I knew something had gone wrong, currently, I’m on over 200 Facebook pages for lost pets, I started posting on the Facebook sites for the local area. 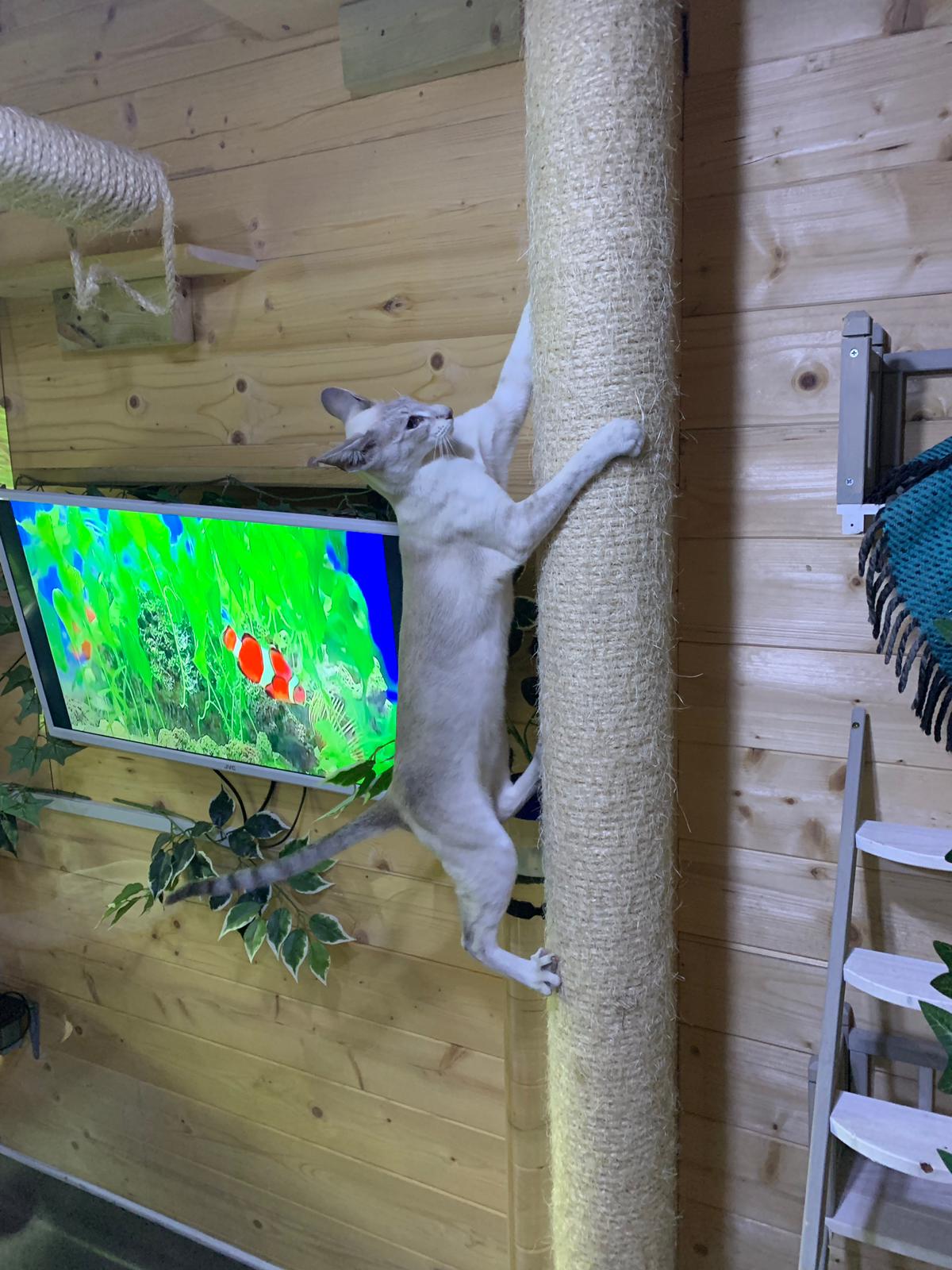 I tried contacting the microchip company to report him as missing, I was told that his microchip wasn’t registered with them so there was nothing they could do. I had to wait until Monday to be able to speak to somebody at the vets were Kobe and Jasmin were microchipped.  Every month Kobe and Jasmine would go for their check-up and every time the vet would run the scanner over them to confirm the chip was working correctly and still in the right place, this led me to believe that everything was working correctly with the microchips.  It wasn’t until late Monday afternoon that we managed to get to the bottom of the problem.  The vets had not registered either Kobe’s or Jasmin’s chips with the microchip company.  It took another 24 hours for them to be able to do so, there was nothing I could do until the vet had contacted them.  Once we were able to log Kobe as missing, we then were advised to upgrade so that his details were registered nationwide.

I always wonder if we missed him in those first 72 hours before we could get his microchip registered as missing that’s an answer, I’ll never know.

That evening we walked around calling him still nothing.  Then the useful tips and suggestions started to come in one of the first I received was to put the hover contents out in your garden.  Our garden is not average size as we live very Rural. So, in each corner of the garden, I was spreading the hover contents.  That evening I slept on the stairs just so that I could hear the cat-flap just hoping and praying.

The next day, with my heartbroken we printed off posters, I started putting them up in the local vicinity to date probably about 350, and yes in the plastic sleeves another helpful tip that we received. While putting up the posters I was talking to everyone I saw, knocking on doors. It was then suggested that I join Next-door, I had that account up and running in ten minutes. 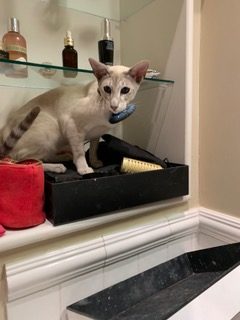 Trying to understand why somebody would have taken off his collar, why they would have stolen him but still not wanting to believe that.  Therefore, I kept going out looking for him.  Then I would hope that maybe he managed to escape and he could find his way home which is why I would spread the Hoover contents in a 2-mile circle around the house as I was told the cats could smell for miles and I was hoping he would be able to escape and find his way home to us.

I received a lot of help from the people that live in my village contacting me through the village Facebook page. Telling me that they go ridding or jogging and dog walking in the area that Kobe visits and that they would keep an eye out for him.

As I mentioned I live rurally all we have around us is apple orchards and raspberry fields, so being August, the orchards and fields are full of fruit pickers.  Simon went to talk to them they all know Kobe and Jasmine they see them on a regular basis, so they exchange phone numbers great we now have extra help. 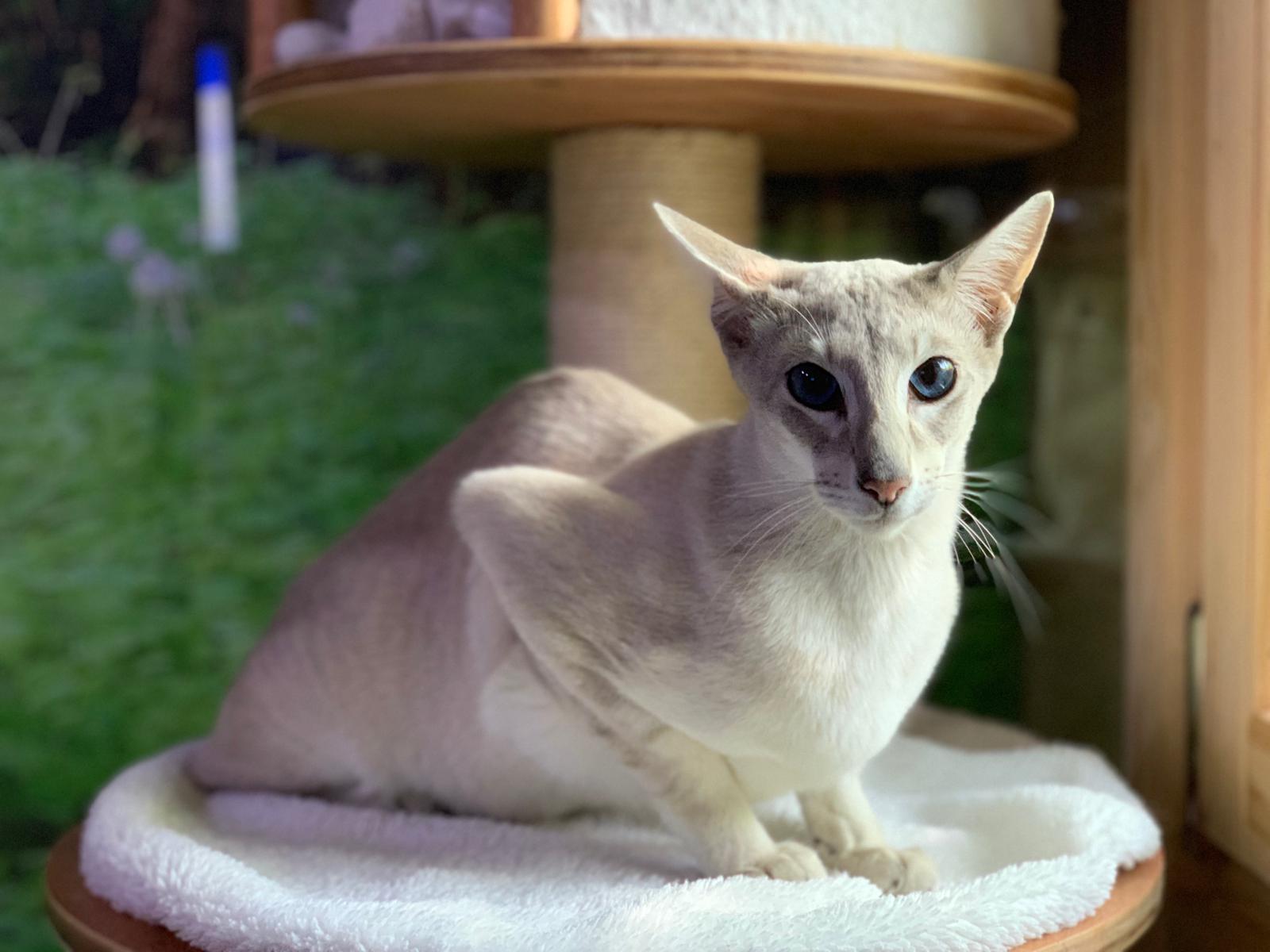 Back out I go with the hover contents, spreading on a regular basis with a 2-mile circle around my house, I have left the litter tray outside along with dirty washing.

I emailed several hundred vets with Kobe’s poster and details of how he went missing and asked them to be vigilant and to scan cats that are coming with Kobe’s description and newly registered cats.  I had a response from three saying they would.

I was also told that if I put the legwork in, I would get him back the same lady advised walking barefooted (something to do with sweat glands in my feet) from my house to wear Kobe’s collar was found as the crow flies that’s about a mile. I understand it’s quite a long way for a cat that lives in town but not in the rural area.

So, we hired a pet detective £1000 for the day have to say he was a complete and utter rip-off. He was meant to come with DNA kits on certain cameras, no he arrived with just a notebook he examined Kobe’s collar and told us that it was not damaged and that they were no saliva on the collar.  He was also meant to investigate where Kobe could’ve been sold to, He spoke to the same people I had and looked in the same places I had a week early.  After telling me nine times in front of my 11-year-old son that he was dead we asked him to leave.  A few days later I received an email from telling me that his contact that deals in stolen pets did not know the area I lived in let alone my Persian. My reply to him was he couldn’t even get Kobe’s breed correct what chance did you ever have a finding him.

I have advertised for Kobe on Gumtree, preloved pets, pets 4 you, and Freeads.  Every day I scroll through all different sites looking for him.

There have been numerous so-called sightings of Kobe but unfortunately, none of them have been him. I do remember getting my hopes up very high one day when I had been told a strange cat have been visiting the area for about two weeks the same amount of time Kobe had been missing it was at some allotments so off I went it was about 45-minute drive away I was so confident it was him I spent the day down there eventually I did see the cat in question unfortunately again it wasn’t him. They’ve been many other occasions when people are confident, they have seen Kobe of we go racing round just to get there and have a heartbroken again.

On September 19th I’m re-posting about Kobe and I’m searching through all the different sites when a conversation started.  I had been saying what I had been doing to try and find Kobe. Clair saw my posts and took pity on me, she set up Kobe’s Facebook page. Rachel set up Kobe’s Twitter account.

I now have 3 absolutely amazing ladies who without them I would be completely lost they help me through the minefield of looking For Kobe they constantly post for him, give me the support that I need, and are just there for me constantly.  I don’t know where I’d be without them and have helped us so much I will be forever in their debt. Thank you, Rachael, Shez, and Anna.

They have been many so-called sittings of Kobe and off I go full of so much hope, but I always come home alone feeling more desperate than before and unable to see through the tears.

It is the hoax call’s I find so hard to deal with why anyone would want to do that, what on earth do they get out of it.

In October I met with a lady called Ruth who lives very close to me. Two of Ruth Siamese have gone missing, Jamba and Tico.

Tico was born on the 18th of June 2017 he went missing on the 14th of August 2019 he is a seal point old-fashioned Siamese; he wore a GPS collar very similar to Kobe’s it suddenly stopped transmitting. Ruth went to the last point were the GPS collar was transmitting from they were absolutely no sign of Tico or his collar.

Kobe and Tico Live within minutes of each other how can too GPS trackers stopped working or a collar is found undone and that same evening they do not return and there have been no sightings of them since.

He has followers in the USA, Egypt, Brazil, Russia, Australia, Sweden, Spain, German and of course the UK.

Kobe story has been on Kent live, Sevenoaks Chronicle, The Sunday Express, The Telegraph and The Times.  His story has appeared on dog lost blog.

I know Kobe is not local, but I know he is somewhere, and someone knows were. I will never give up looking for him.