When a local North London newsagent and his wife opened up their shop one day, the last thing they expected was to have a litter of kittens on their hands.

In a small courtyard at the back of the shop, a stray cat named Elsa had settled down to give birth – despite the freezing cold temperatures outside. Recognising Elsa as the stray he had occasionally fed in the past, the newsagent gave the soon-to-be new mum a cardboard box to try and protect her from the elements, and immediately called Mayhew for further help.

Georgina quickly and gently picked up Olaf, intended to bring his body back to Mayhew – but to her surprise and delight, he reacted to the warmth of her hand, and made the tiniest of movements.

Realising Olaf was still alive and needed to get out of the cold, Georgina took him straight over to Mayhew’s emergency response van, and started to warm him up in front of the heater. 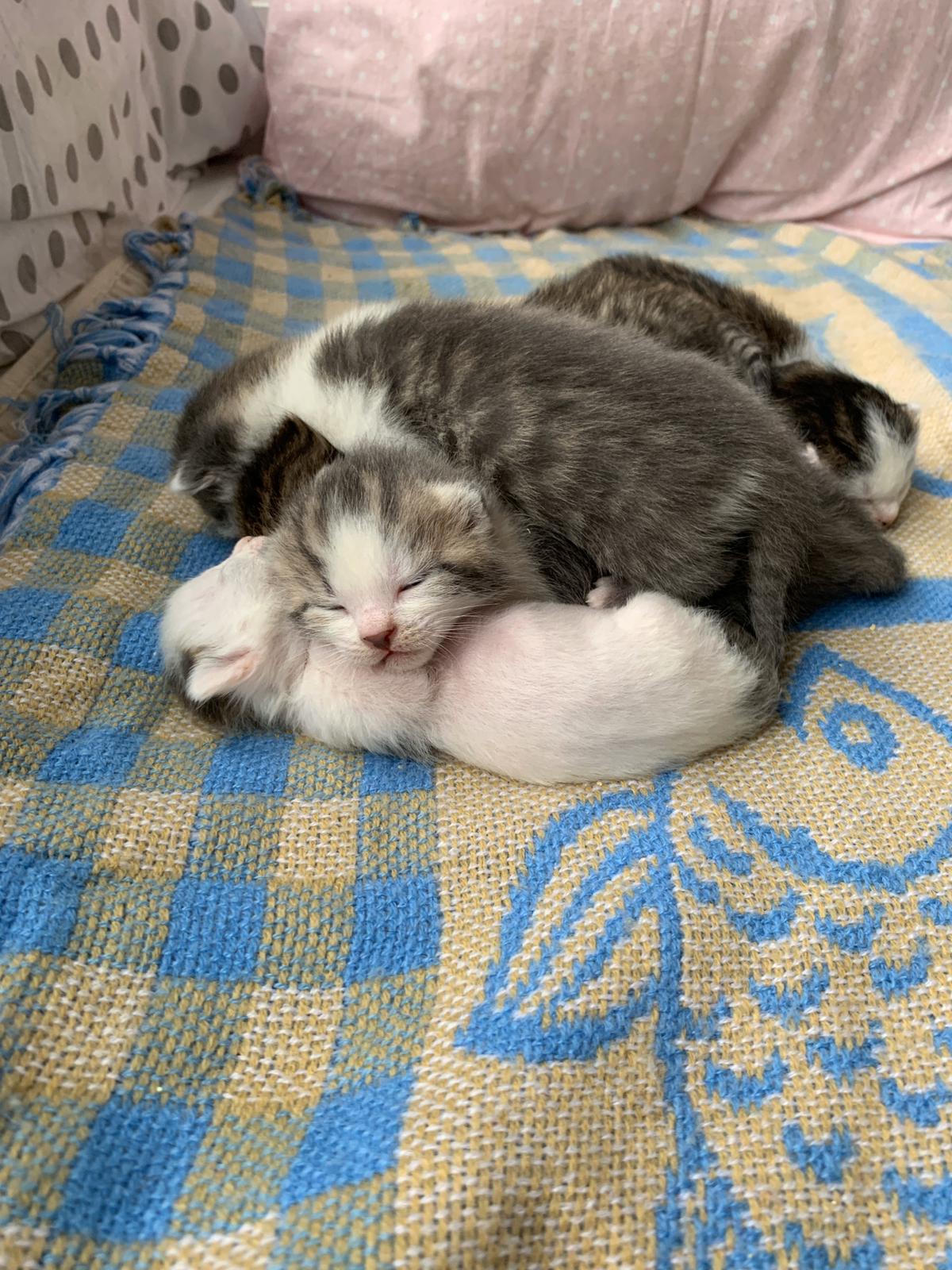 Meanwhile, Tania had managed to rescue Elsa, Anna and Kristoff from the ledge, and settled them down together in the van before driving quickly back to Mayhew.

As Olaf warmed up on the journey, he became even more responsive, and soon began to wriggle around. When he, his mum and his siblings arrived at Mayhew they were each given a quick preliminary health check before we bedded them all down for the night to rest, recover and bond in our Kitten Block.

To everyone’s shock, Elsa gave birth overnight to three more kittens, but was luckily much better placed to receive immediate attention. We had already kitted out Elsa’s cabin with heat pads and soft blankets, and her ‘second’ litter – who we named Blaze, Sparky and Ember – were soon safely snuggled up with their brothers and sisters from the previous day. 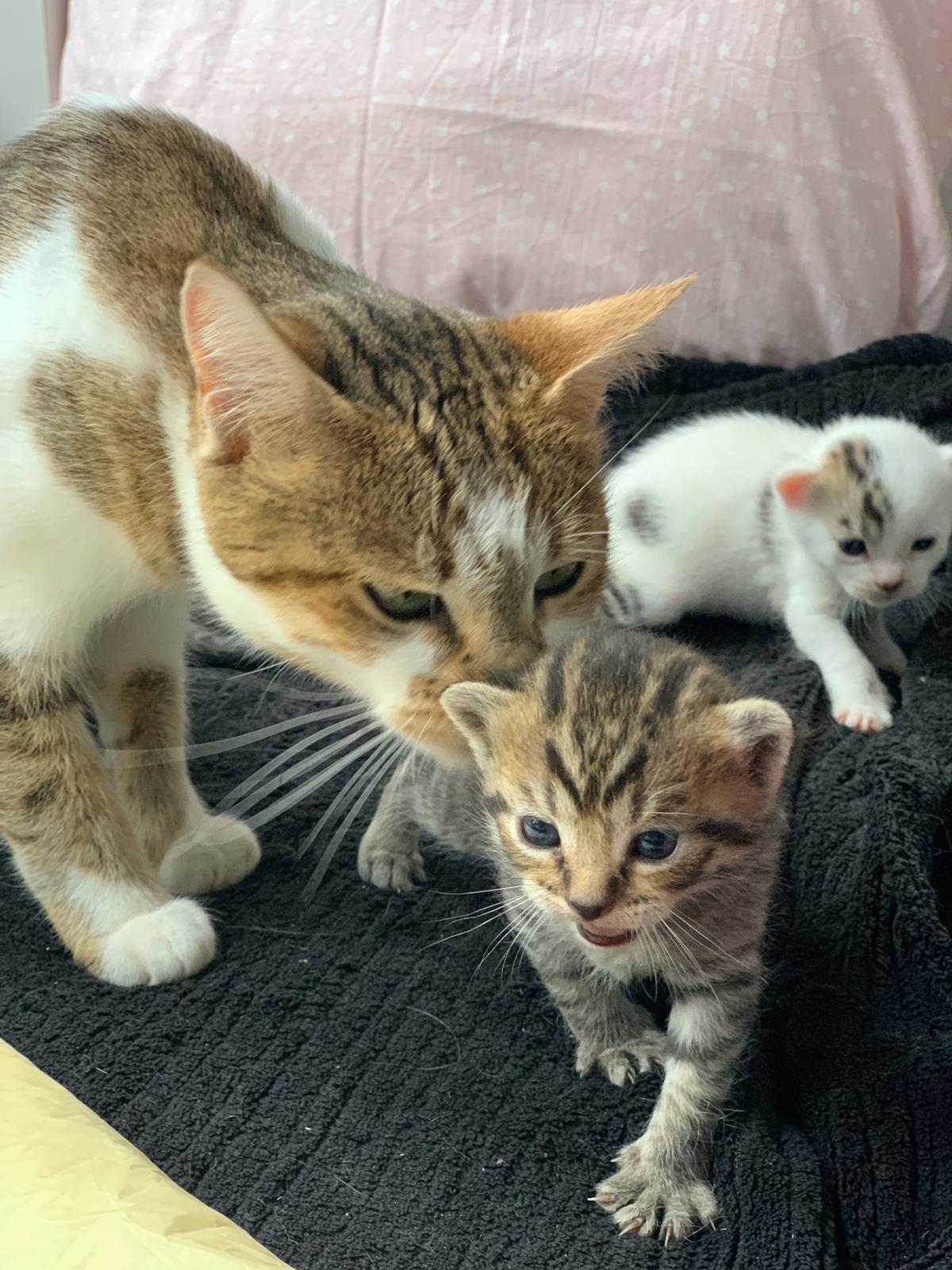 Once Elsa herself had recovered from the shock of her ordeal, she showed herself to be an affectionate and protective young mum. We suspect that this is the first time she has given birth, and despite her originally finding herself alone outside in the freezing cold, luck – and Mayhew – were on her side.

All six kittens and Elsa were initially looked after by a dedicated foster carer after we had thoroughly checked them over, who reported that they were bright and playful and seemed to all get on like a house on fire.

They are all now back at Mayhew to check on their progress, and, all being well, will each be placed up for adoption as soon as we are able to reopen our doors to the public.

If you’d like to receive an alert about all new cats and kittens who need a home, you can sign up to our alerts here. 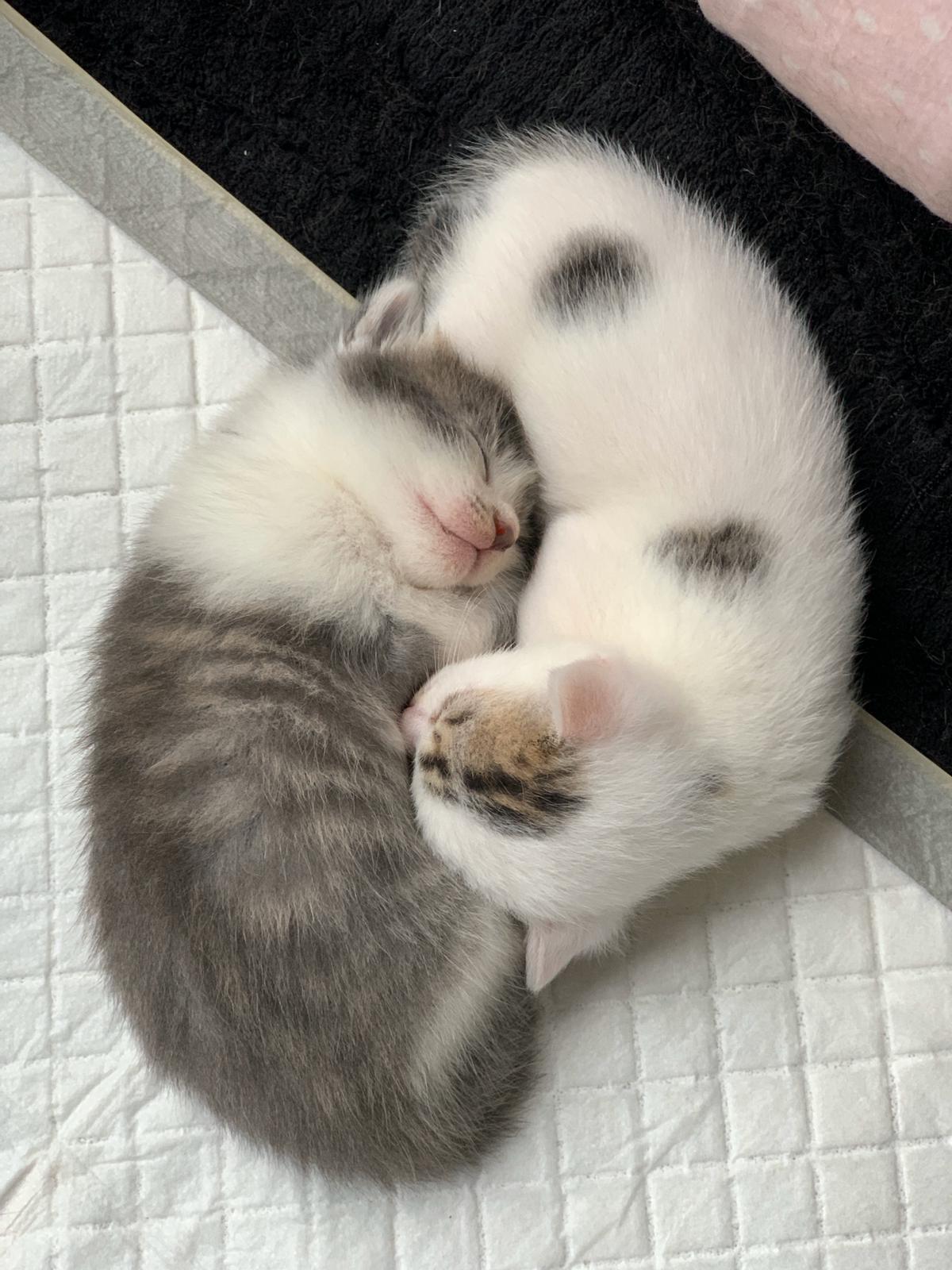 Our Animal Welfare Officers save lives and rescue animals all over London, every single day – to read more about them and our work in the community, please click here.