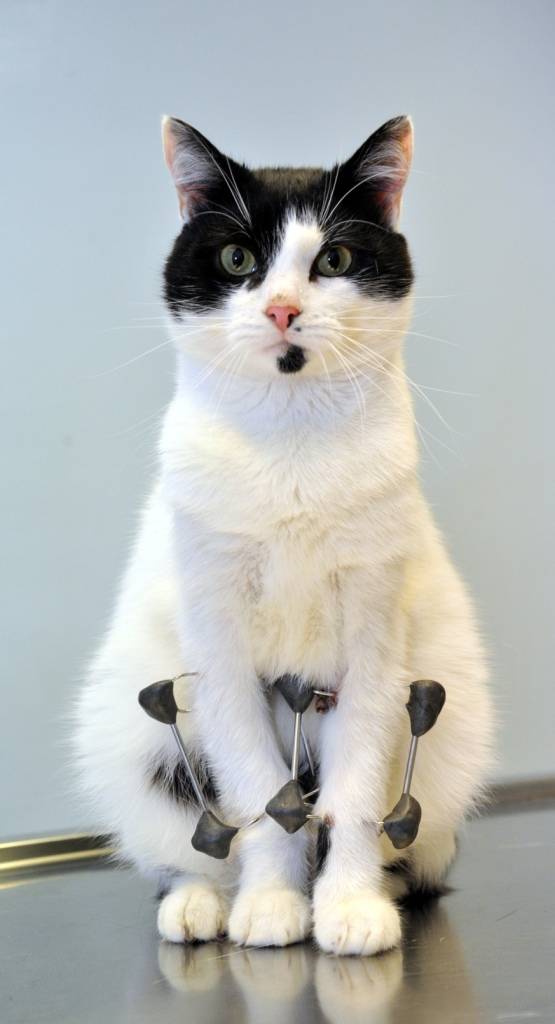 A cat who shares his name with a Hollywood superhero survived a horror 40ft fall from a third floor window – and was back on four paws again within 24 hours.

One-year-old Shinji Hancock seems to share his movie namesake’s magic after amazing PDSA vets with his fighting spirit and powers of recovery – just like the superhero Hancock played by actor Will Smith.

The black-and-white cat was rushed to PDSA’s Stoke Pet Hospital by his owner Hannah (21), after a neighbour saw him fall from the kitchen window. 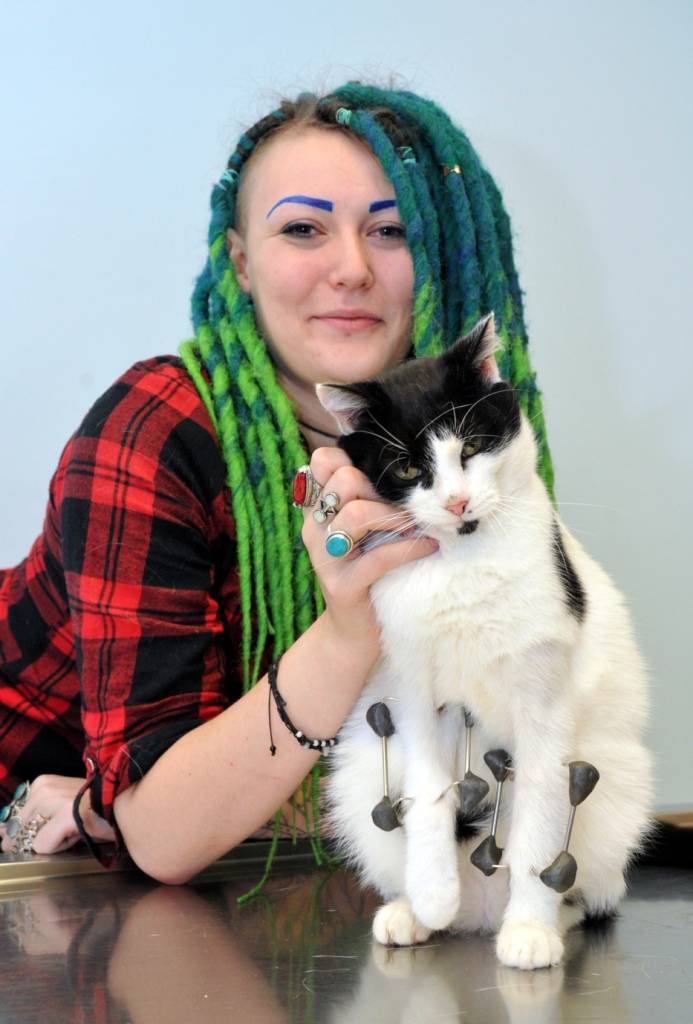 PDSA vets x-rayed him and discovered Shinji had broken his two front legs. Hannah, of Clayton, Newcastle-under-Lyme, was warned he would have to undergo emergency surgery to repair his shattered limbs.

Discussing the ordeal Hannah said: “When we got to PDSA I was absolutely hysterical and so shocked at what had happened.

“The vet team were amazing and managed to calm me down and put me at ease. I was so worried while the operation was taking place but thankfully Shinji was in good hands. I can’t thank PDSA enough for everything they’ve done, they’ve saved Shinji’s life and I can never repay them for that.”

PDSA Senior Vet, Duncan Senior, said it was a complex operation to perform:

“Thankfully we only see a very small number of cats who have been unlucky enough to break two legs at the same time.” 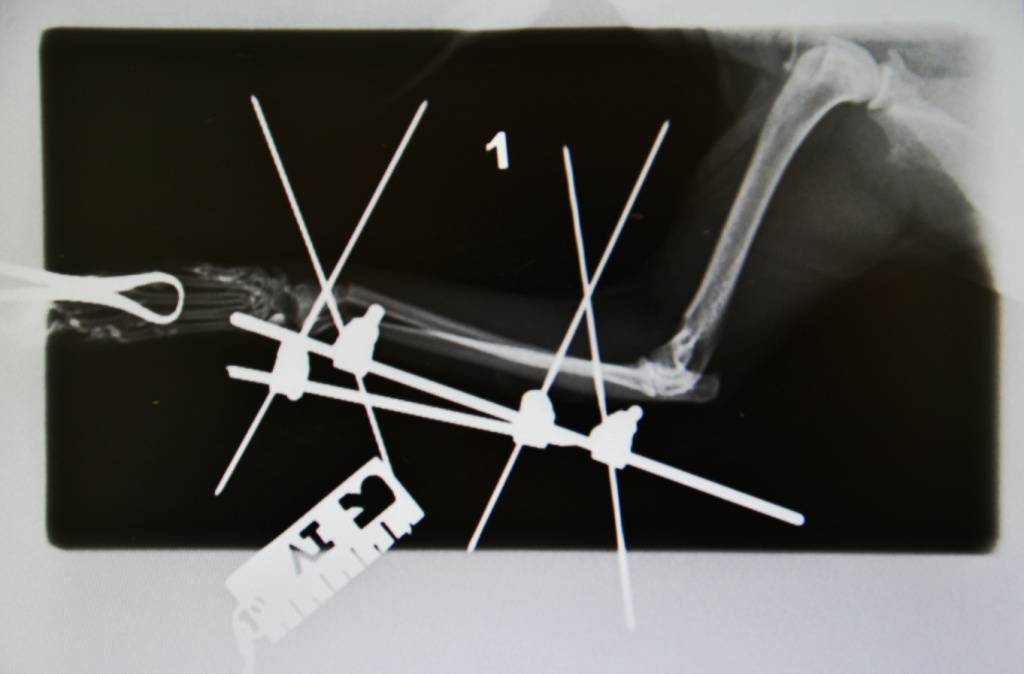 “Shinji’s x-rays showed clear breaks and his surgery was complex because of where the bone had fractured, but he had a lot of fighting spirit. Just 24 hours after the operation he was up on his feet again, albeit with the external fixators holding his broken bones in place. He’s a very strong cat and he’s doing remarkably well.”

Hannah said Shinji’s love of watching birds had probably led to his fall, but said she was now keeping a much closer eye on her curious cat:

“Shinji will often make a clicking noise at the birds while watching them through the window and he must have somehow pushed it open to try and chase them and fallen.

“Despite everything that’s happened he still likes to watch them but we’ve ensured the windows are locked and secure now so he can’t do it again.” 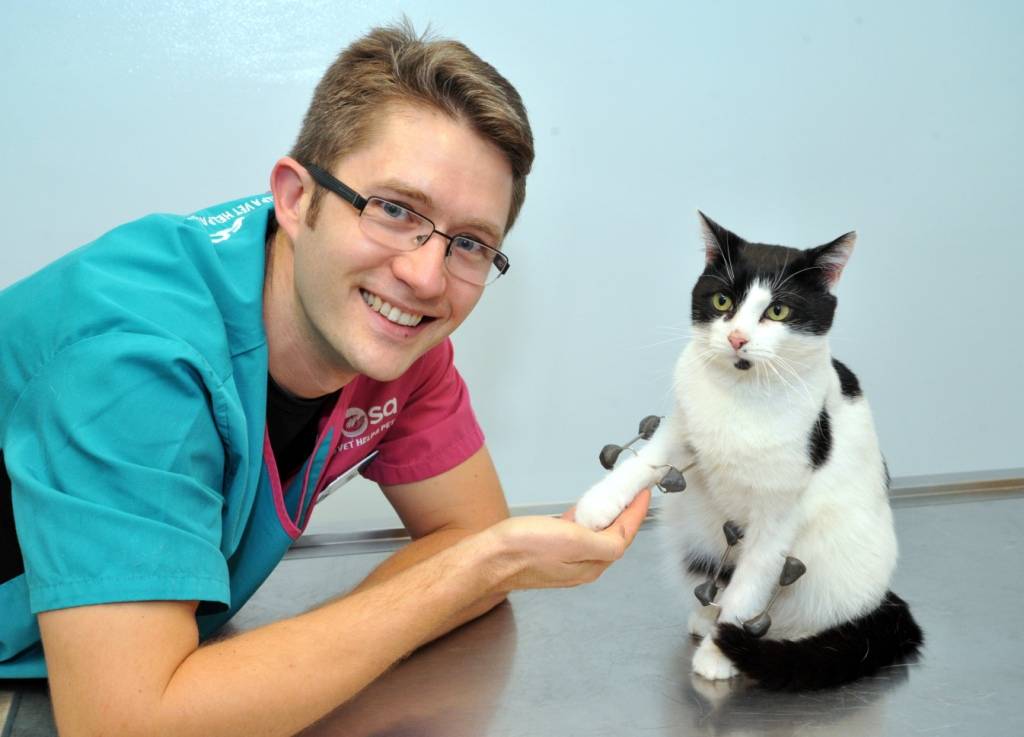 PDSA vets said Shinji is due to have his fixators removed in a few weeks’ time and they are hopeful he will go on to make a full recovery.

PDSA is educating pet owners on important aspects of pet health, including dangers around the home and garden. This work is being supported thanks to a £550,000 funding award from players of People’s Postcode Lottery. For more pet care tips log onto www.pdsa.org.uk/pethealth