You’ve probably always suspected your cat is magical. Maybe it’s the way they seem to disappear into thin air or their uncanny ability to open doors and slip outside. Well, in this new game, you know the truth: cats have magic powers, and they’re the only ones who can save the world! 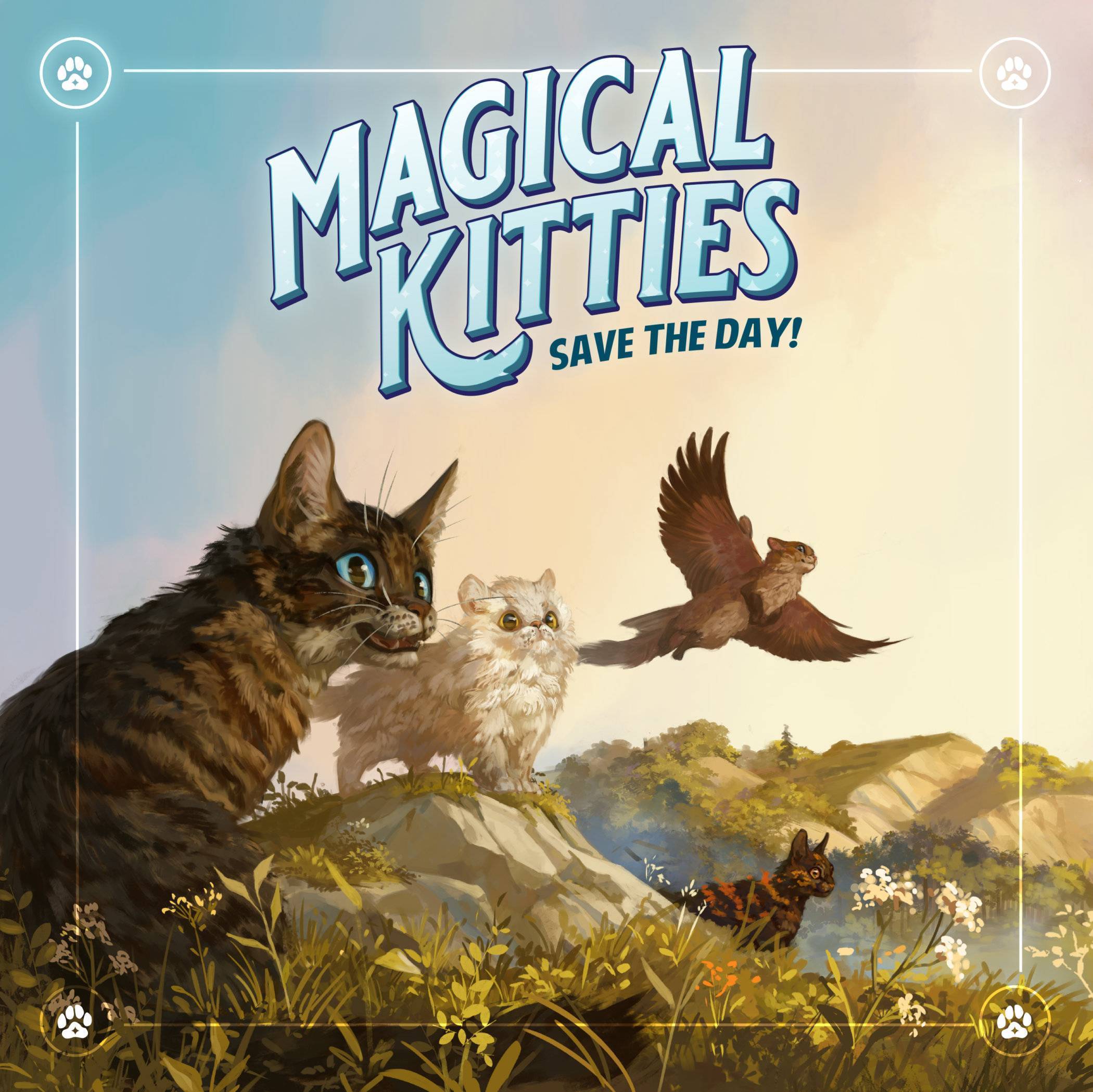 In Magical Kitties Save the Day, everybody plays a kitty with a unique supernatural power. Every kitty also has a human. (Some humans believe that they own the kitties, but that’s clearly ridiculous.) Every human has a Problem. The kitties need to use their powers to solve their humans’ problems and save the day. On top of that, every kitty’s hometown has troubles, like witches, aliens, and hyper-intelligent raccoons. When troubles arise, the kitties have to fly into action! (Often literally.)

Magical Kitties Save the Day is a roleplaying game (like Dungeons & Dragons), but it’s easier to learn and play — and it has kitties. To start, players make a kitty character. This takes about ten minutes, and includes drawing a picture. Then, the person leading the game (the game master) starts telling a story. Maybe one kitty’s human has gone missing, or the local pet groomer has been acting fishy. The magical kitties decide what to do, and the game master leads them through an adventure that changes with each choice they make. Players work together to solve mysteries, fix problems, and protect their humans from trouble.

Games can last for twenty minutes, or they can be played as episodes over weeks, months, or even years. It’s easy enough that even young children can learn to play, but it’s complex enough to interest players of all ages.

Magical Kitties Save the Day is crowdfunding on Kickstarter right now. Supporting the campaign is the best way to pre-order a copy of the game — or even to have your own cat featured in the game’s artwork! 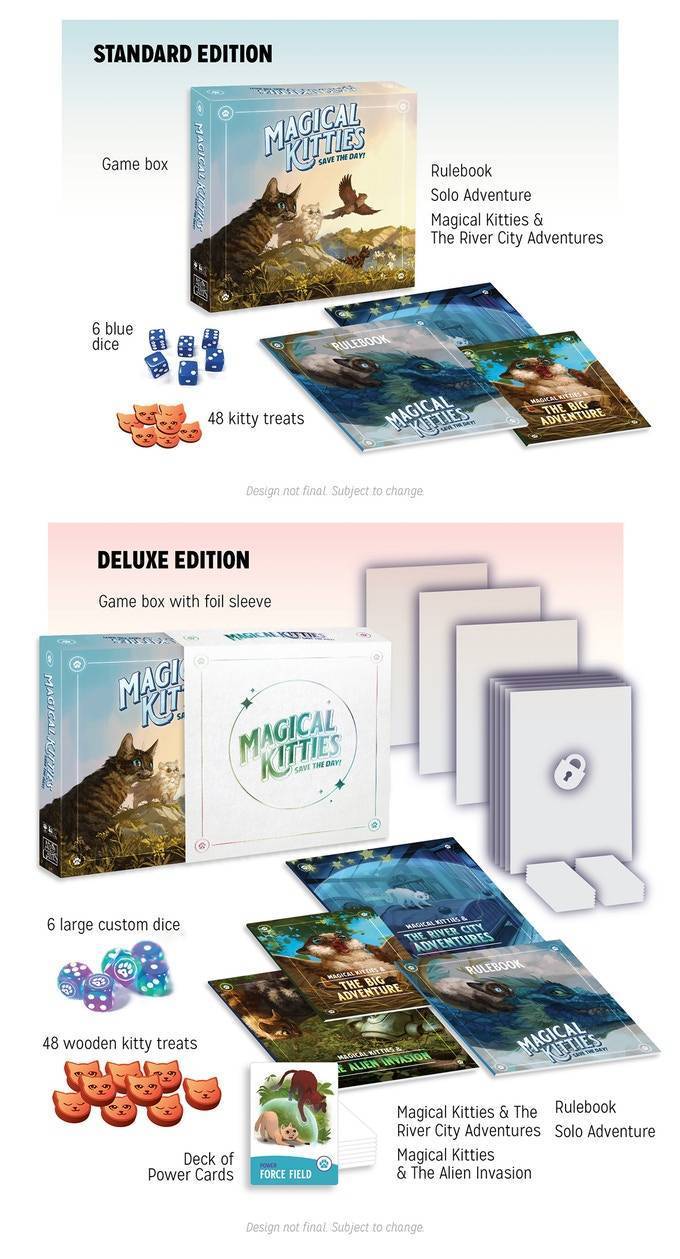 Magical Kitties Save the Day is perfect for cat lovers of all ages! It’s cute, it’s quirky, and it’s definitely different from the other cat games out there. Whether you’re looking for something to play with your family or a perfect gift for the holidays, we think it’s worth checking out. 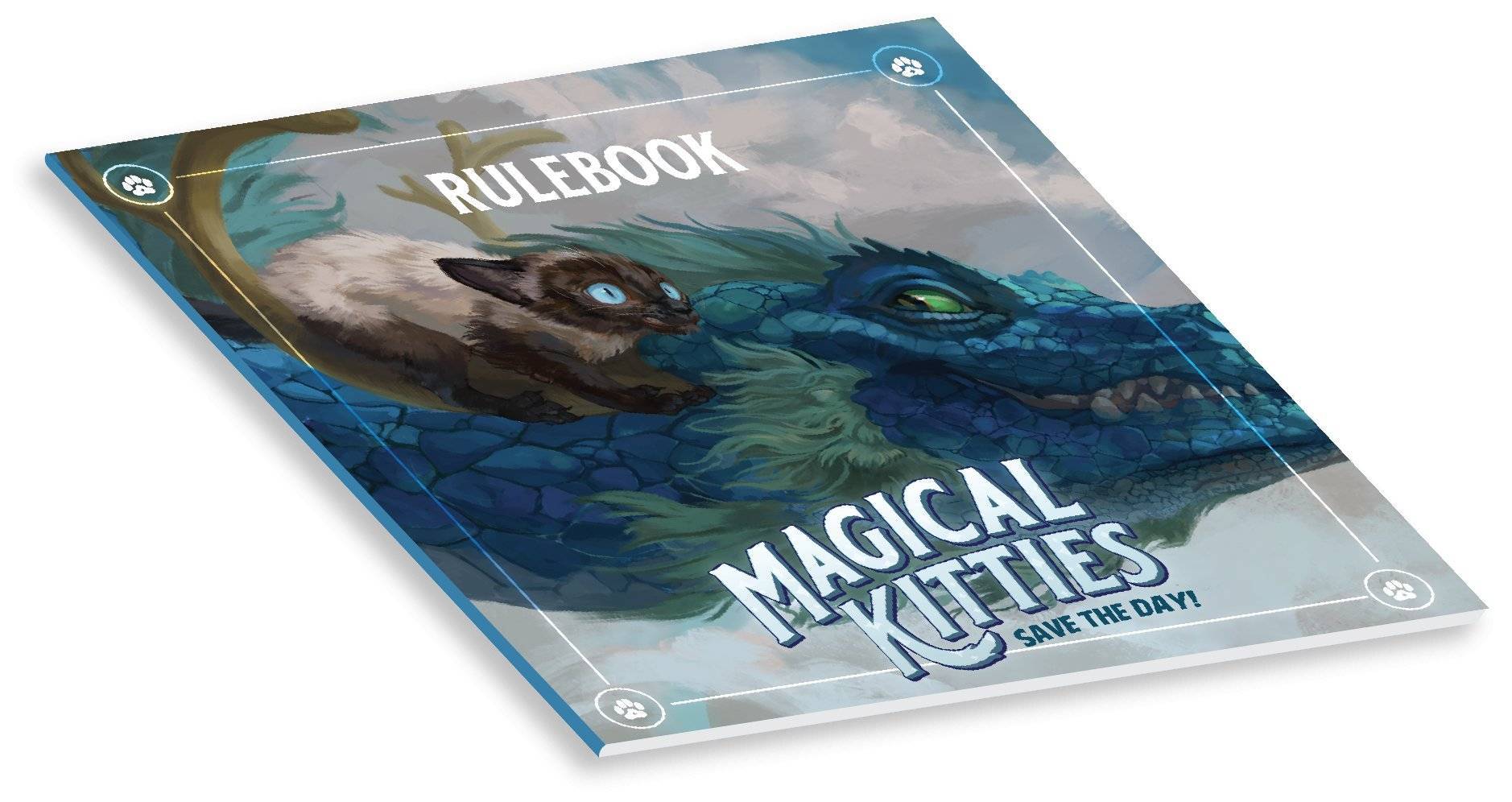