Back in March we went to check out the Curious Catford Arts & Crafts Market at Ninth Life. Catford is a district of Southeast London very close to our flat.

Before we look at the exhibition itself some of you are most likely wondering why the district is called Catford?

“According to Wikipedia, the name derives from the place where cattle crossed the River Ravensbourne in Saxon times. It is also said that the name originates from all-black cats, associated with witchcraft, being thrown into the ford to drown during the witch hunts.

Catford was historically part of Kent until 1889, when it was absorbed into the new London County Council, along with the majority of the present day London Borough of Lewisham.”

While the reference to the black cat does strike us as rather grim present day Catford fully embraces their name, so much so that the main shopping center has long ago installed a large Tuxedo cat to greet visitors.

We always love seeing the guardian of Catford who reminds us a lot of our little Oliver! In fact, since Oliver came from the Lewisham borough he might be part of the large Tuxedo cat population of this part of London that inspired the statute in the first place.

But on to the exhibition. 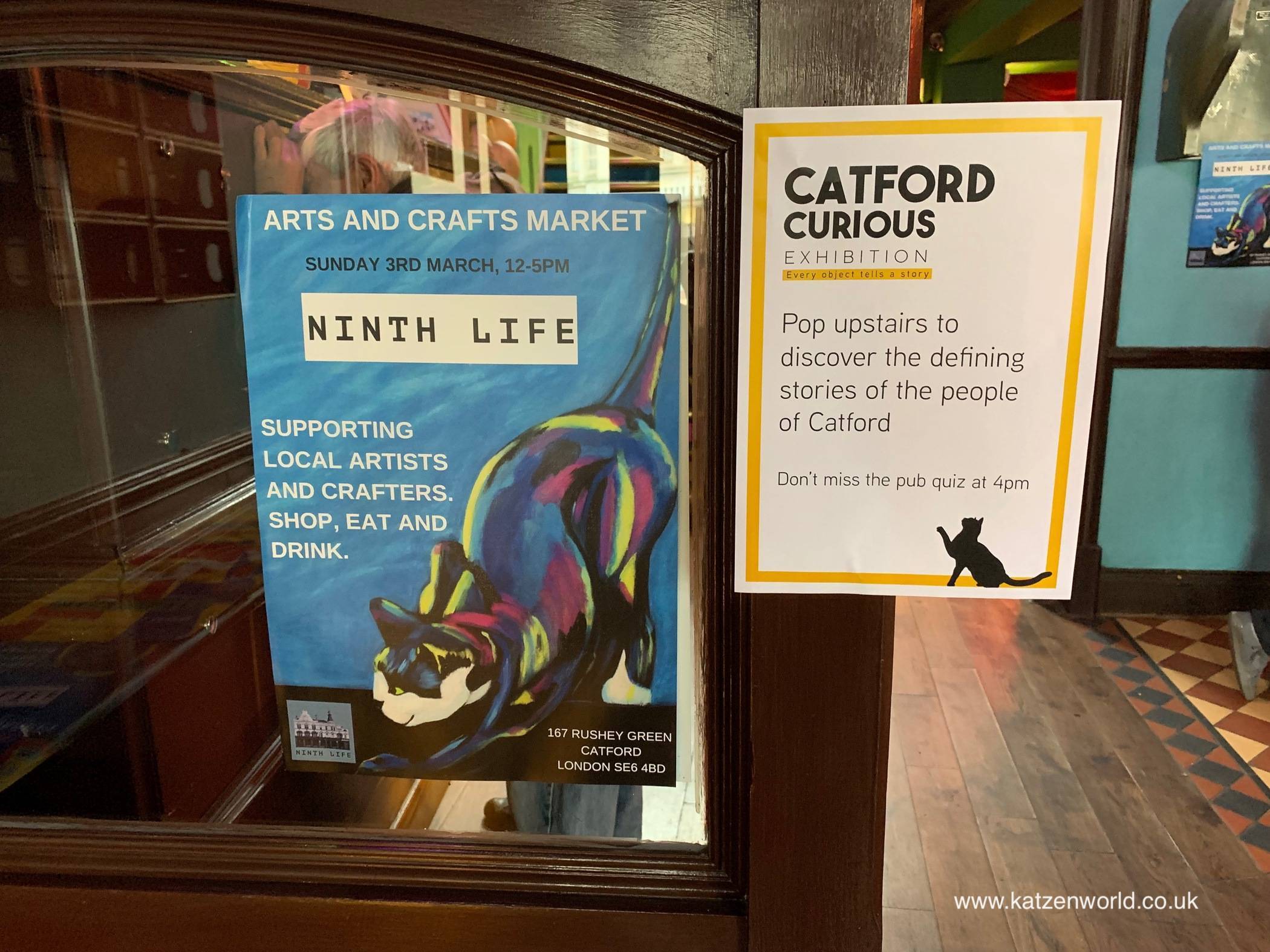 The art and craft exhibition was held at the pub Ninth Life which is named after the fact that cats have nine lives and this place was given another chance to thrive as a community place and pub in one! Each month they hold events and exhibitions with people of the local community in order to bring them together.

It was easy to find the exhibition once inside as all one had to do was follow the cat! 😉

The exhibition consisted of two parts, one featuring local craft and produce as well as the stories of people in the community. This section didn’t have much cat-themed art but as you can see the locals pride themselves in using cats as symbols so even the local brew features a cat!

In the downstairs area of the pub we found all of the local artists and their stalls. While some of them did feature non-cat related art, almost all of them had something with cats on them!

From cute cat cards to notebooks and pads with cat humor on their covers, there was something for the whole spectrum of us that love to find a good piece of stationary or post card. 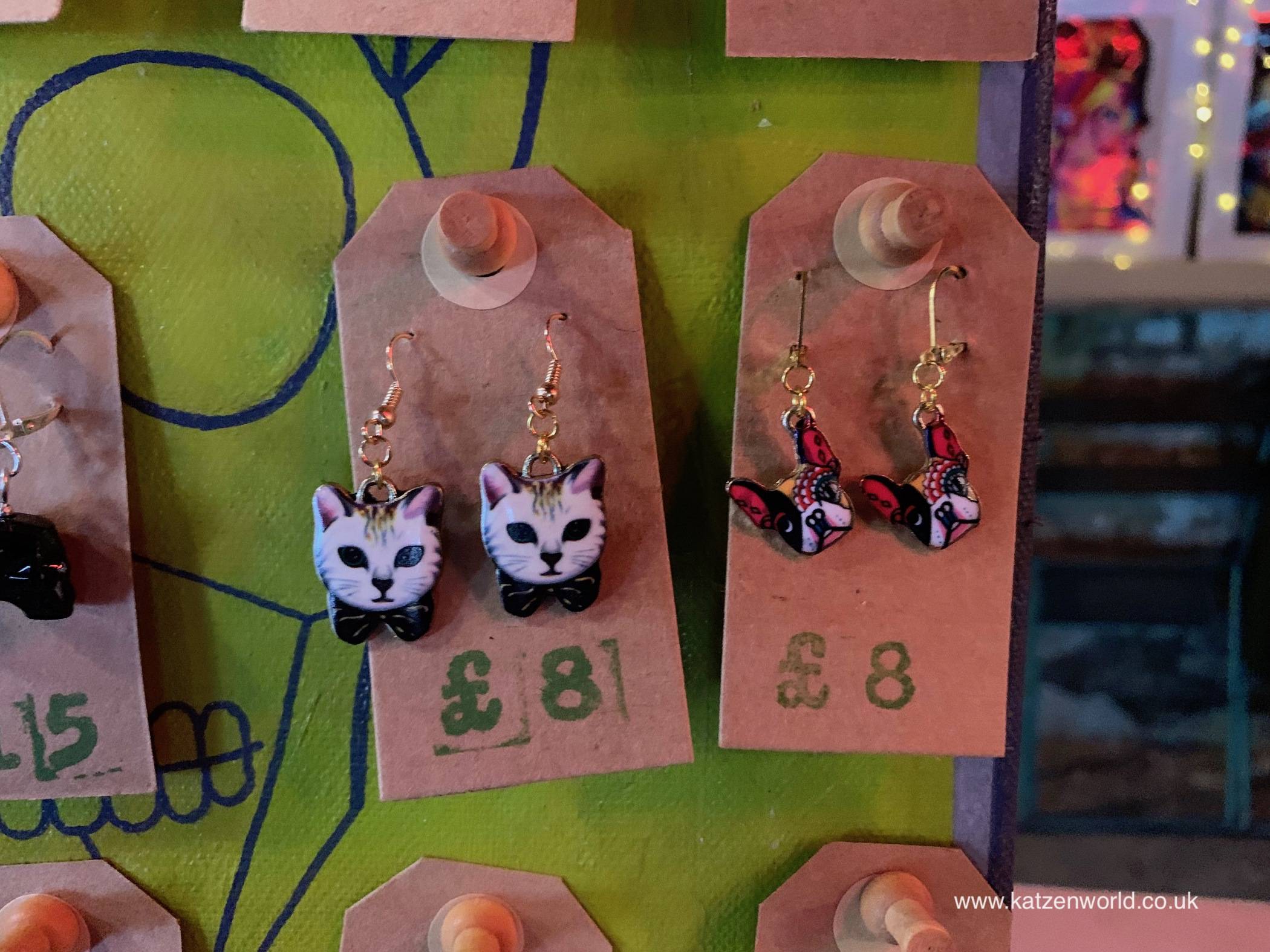 We also found some super cute handcrafted earrings, tho if putting the dog and the cat ones next to each other is a good idea that is another question. 😉

If you needed a new coffee set, look no further this amazingly cute Catuccino set was the purrfect choice! 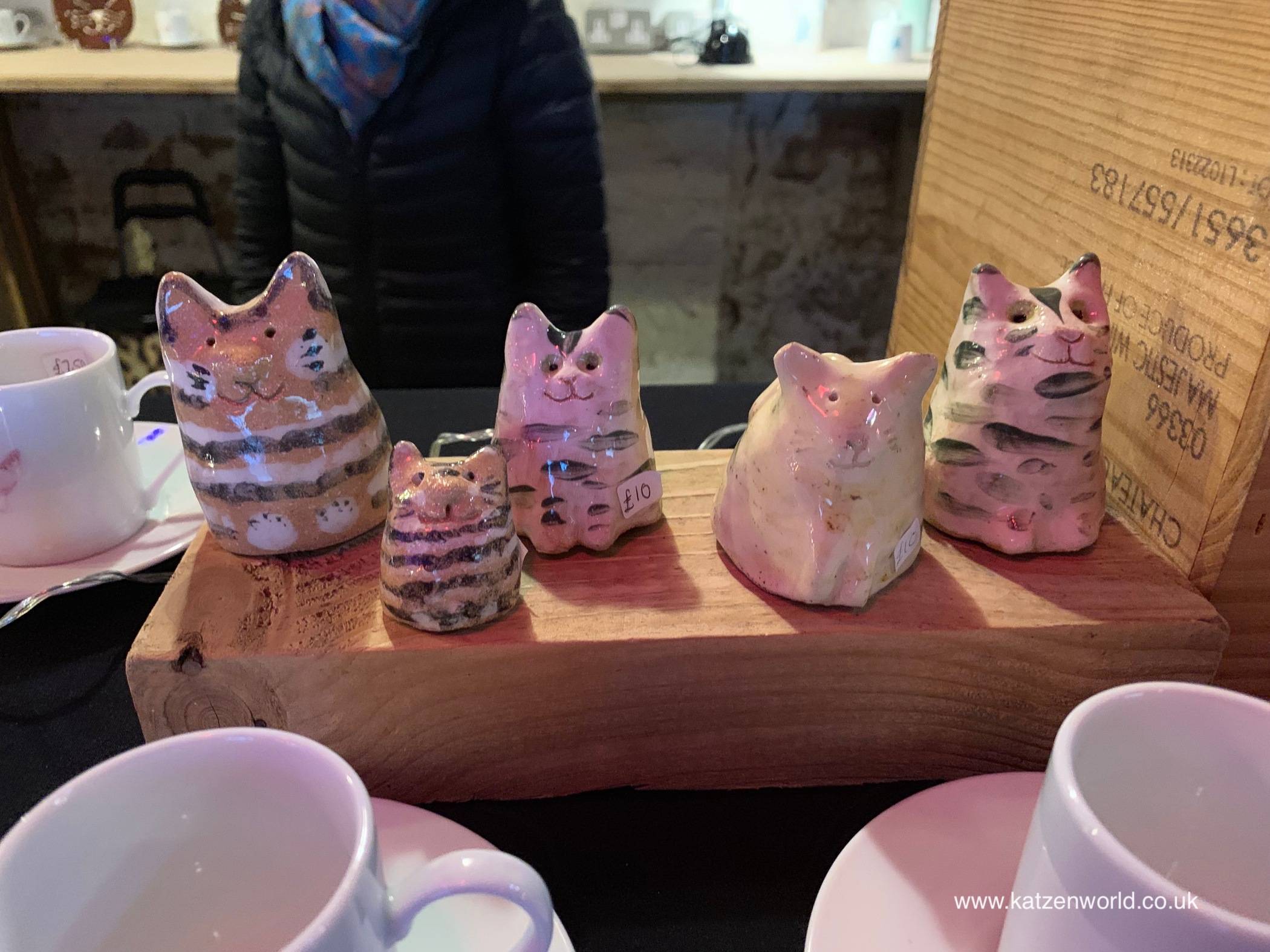 The same artist that made the cups also had some incredibly cute little cat figurines, tho as much as we wanted to take these home we figured that our masters of mischief would knock them off if we used them as an ornament in an area one can actually see them. xD

The craft and art exhibition is run regularly so keep an eye on the Ninth Life event calendar for the next day!