Please find below a guest story by Rosemary V about her cat Bjorn:

I adopted Bjorn on December 29, 2018.  I had wanted to adopt a long haired male kitty with special needs.  On a lark, after breakfast with friends in Pflugerville, (near Austin, Texas), we visited the animal shelter.  I found the most lovely floofy male kitty with lavender Siamese markings, long hair and who had been declawed.  He was picked up on December 10 and no one came looking for him.  That alone was a disability as he was gorgeous, but being declawed was, and is, a great loss for any kitty  The first photo of him is on the day of adoption, being held by Amy, the daughter of my Pflugerville. He is a big boy, weighing 15.7 pounds and has huge purrs. 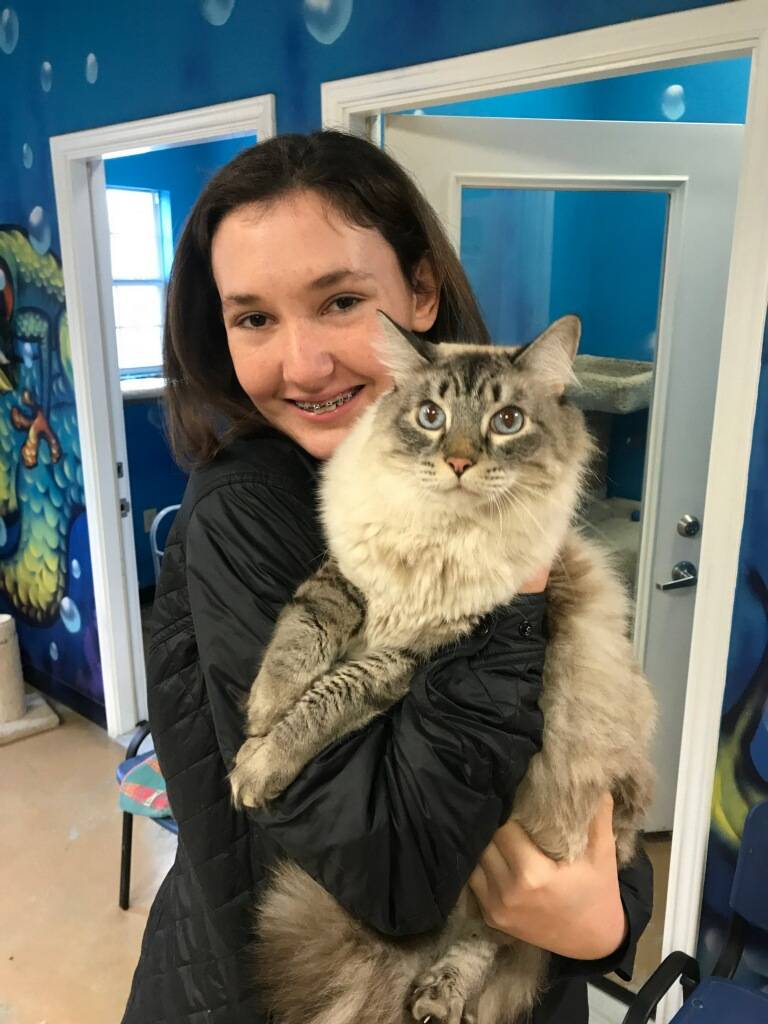 I took him home and confined him to the front bedroom.  My son and I think he is part Norwegian forest cat.  His fur feels like angora rabbit fur.  I believe he had belonged to an elderly person who either died or was moved.  The relatives must not have wanted him as no one came looking for him in the likely place to find a lost cat. 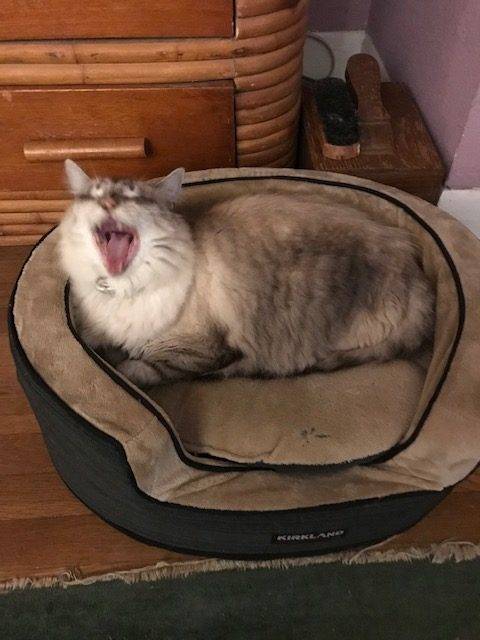 He spent between 2 and 3 weeks under the bed in my extra bedroom.  He would let me pet him after the first week.  I had to lie on the floor and reach under there to pet him. When he had been here three weeks, I let him out in the house and he spooked at any quick movement running back to his underbed safe place.   After a week of freedom in the house he began to play with a wand toy.   He was and still is, very afraid on quick movements and men. 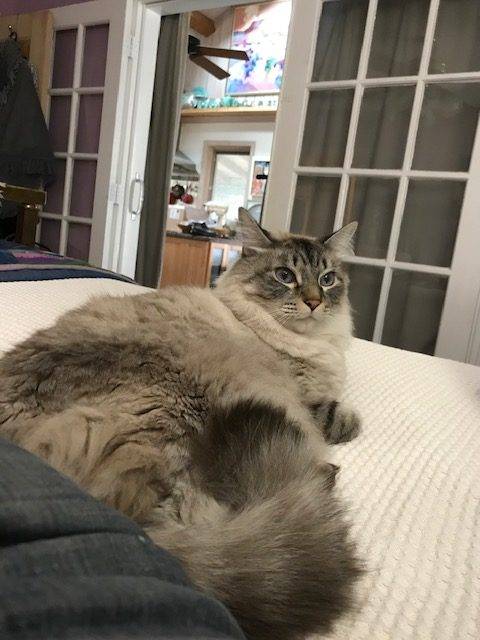 Over the past year, he has begun to let very patient female neighbors pet him and finally after 12 months let my son pet him.  He sleeps on the little front porch and loves sniffing the outdoors.  He has recently begun to join me in bed in the mornings.  I think eventually he will sleep with me.  He has been described as the spirit kitty of the neighborhood. 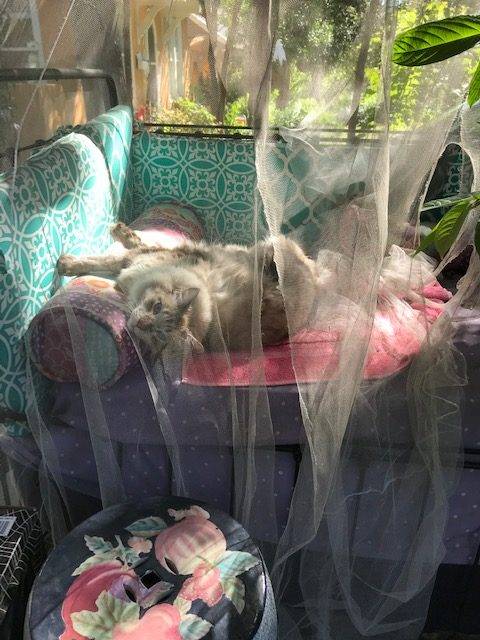 Have you got a story to tell? Email us today!

4 thoughts on “Guest Star: Bjorn the Brave and Beautiful”