Today we’ve got a very sad story from Mayhew. Earlier this year a person decided to dump these poor kittens and her mum which luckily were rescued by the wonderful people of the charity Mayhew. : (

A box of tissues will be required reading this!

Earlier this summer a member of the public reported seeing a car pull up in the Queens Park area, before the driver unceremoniously threw four young kittens and their mother out onto the road and sped off. Luckily, the horrified passer-by reacted quickly and managed to scoop up the kittens before they could run away. Unfortunately, the adult female cat had already panicked and bolted.

The rescuer immediately called Mayhew and was asked by Alisa Ford, our Deputy Head of Animal Welfare, Community, to bring them in to us as soon as possible. They arrived shortly after, shaking with fear and covered in fleas.

The three girls and one boy kitten were crying continuously for their mum, and Alisa quickly settled them in to a warm cabin in our Cattery where they could recover from their ordeal in a calm and quiet environment. Alisa named the kittens after members of Mayhew’s Animal Welfare team – Georgina, Tania, Alisa and Paul.

After a safe nights sleep, all four kittens were admitted to our Vet Clinic for a thorough examination. Thankfully, this revealed that Paul, Georgina and Tania were all in good health. However, our vets soon became concerned about tiny Alisa, as she was urinating excessively and seemed continuously thirsty. The Vet team and Cattery staff monitored her closely and administered blood and urine tests to try and establish what was wrong. 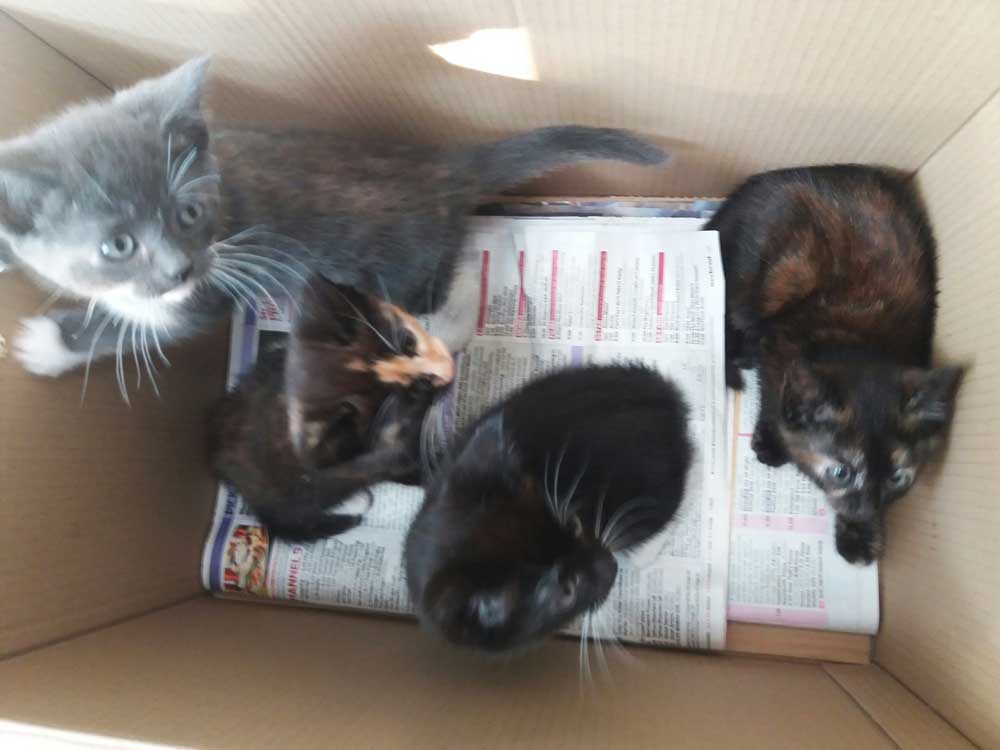 Meanwhile, a second member of the public had got in touch about a lost-looking female cat close to where the kittens had been dumped. This cat was starving, and had been frantically searching the area for the last two days, in all likelihood trying to find her babies. She was extremely distressed and disorientated when we picked her up, and our Animal Welfare team immediately sought to calm her down, warm her up and feed her. We named this adult cat Zoe, after our Head of Animal Welfare.

Happily, Zoe the cat made a quick recovery and was soon rehomed, enjoying a much deserved happy ending. Once Georgina, Paul and Tania had also grown bigger and stronger, they were neutered and quickly adopted as well. Unfortunately however, we were saddened to see little Alisa’s health had deteriorated even further by this point. Mayhew Vet Emma discovered through her blood tests that Alisa was severely anaemic, most likely as a result of her flea infestation prior to being admitted. Alisa’s urine analysis also revealed a significant problem with her kidneys. 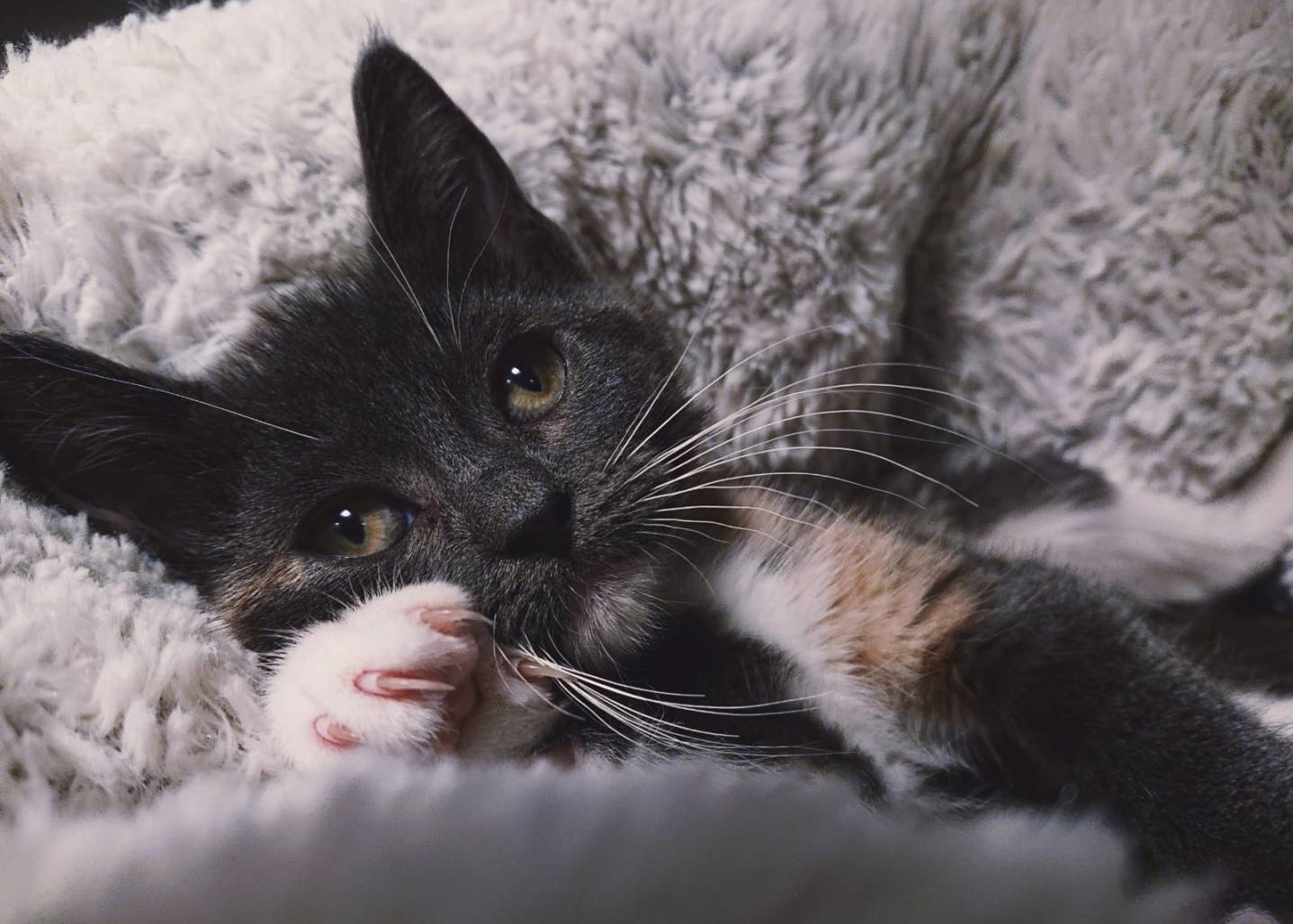 Having suffered so much already in her young life, and with her being so weak from anaemia, Alisa’s prognosis was extremely poor. Our vets therefore made the difficult decision to alleviate her painful struggle and bring her life to a humane end. Our dedicated team ensured the little kittens’ final moments felt safe, warm and calm, and she was hugged as she drifted peacefully away.

Our Animal Welfare team get calls about animals like Zoe and her kittens being abandoned and thrown away like rubbish every single day. We ensure that every animal in need of help receives the best care no matter how sick they are, and do everything in our power to help them get better and find their happy ending with a loving new home. If, like poor Alisa, we are unable to improve their standard of life, we make sure they are warm, comfortable and loved in their final hours.

To find out more about Zoe, her kittens and our rescue work, please visit the Mayhew website here.

You can also watch the Mayhew appeal video here.

29 thoughts on “These Kittens Were Thrown Away Like Rubbish…”