Rise in cat theft – how to protect your cat

Research by Direct Line Pet Insurance[i] last summer revealed 261 cats were reported as stolen to UK police forces in 2016.  According to the data, the number of cats reported stolen has jumped by 40 per cent since 2014 (186).

Less than a fifth (18 per cent) of cats reported stolen were recovered by police forces in 2016, representing a lower recovery rate than dogs (21 per cent).

They also found that 360,000 adults believe a cat was stolen from their care in the last 12 months, although more than half said the animals were returned after being found by someone or because of their microchips. 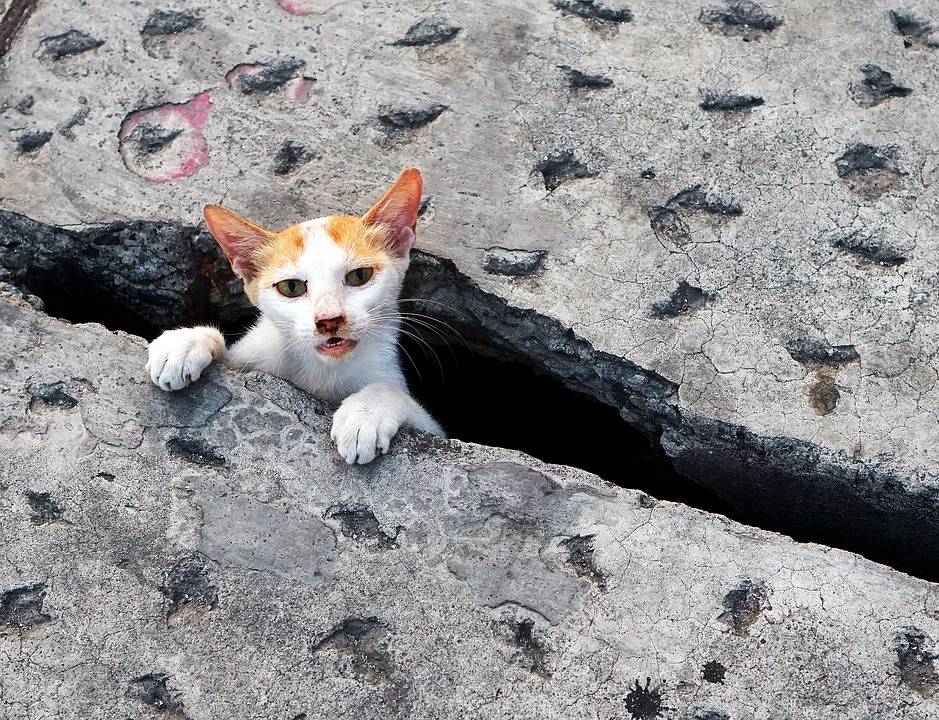 Bengals, domestic shorthairs, Russian blues and Siamese were among the most popular breeds to be snatched. Just like ‘designer dogs’ such as French Bulldogs are targets for thieves, pedigree kittens such as Bengals and Russian blues are now becoming targets because they can sell for upwards of £350 each.

How can you protect your cat from being lost or stolen? Here are some of our top tips:

Keeping your home secure can go a long way to keeping your cat safe. Make sure all the back doors are locked and downstairs doors and windows are shut and locked when you go out. Also ensure the back of your house isn’t easily accessible.

For extra security motion triggered lighting and CCTV will not only help to keep your cat safe, but also your home, making it less likely you will be burgled. Often cats that are disturbed by burglars can run off as they are scared.

Make it difficult for your cat to stray further than the back garden. This can be done using cat-proof fencing to fence off part or the entire garden.

Have your cat microchipped

Whilst microchipping isn’t compulsory for cats, as it is for dogs getting it done can make it easier for owners to be reunited with their cats if stolen or lost. Make sure you keep your details up-to-date with the microchipping company too.

Have your cat neutered

This can help prevent male cats wandering off in search of a mate and stop female cats becoming pregnant. It may also prevent them being stolen if someone knows they can’t be bred from.

Invest in a GPS collar

A GPS collar can be a great way to keep track of your cat, especially if it likes to roam. It can also be a good way to find your cat if taken, although if the thief realises what it is they may remove the collar.

Keep your cat indoors at night

Whilst this is traditionally cat hunting time, keeping your cat indoors overnight can help prevent them being taken.

Don’t leave your cat alone when you go on holiday

More people are using homesitters when they go away to look after their cats, preferring this to putting them in a cattery. Not only will your cat be looked after and be able to stay in their home environment, but your home will be occupied which can prevent burglaries.

Make sure your cat stays safe next time you go on holiday and give Homesitters Ltd a call on 01296 630 730 to discuss your pet sitting needs.

More Homesitters stories on Katzenworld can be found here:

A quick trawl of the internet brings up plenty of news stories about dogs dying from heatstroke, but hardly any ...
Read More

Why we use a Homesitter to Look After our Cats

Why we use a Homesitter to Look After our Cats Your cat is your pride and joy, your feline best ...
Read More

Cattery or Cat Sitter – What is Best for Your Cat?

Cattery or cat sitter - What is best for your cat? Many cat owners struggle every time they want to ...
Read More

Different Cat Breeds and Their Traits

A study by pet food company IAMS UK[i] found that the most popular choice of cat is the plain old ...
Read More

Why we Love to Look After Cats

Why we Love to Look After Cats Looking after other people’s cats can be a great way to spend time ...
Read More

Signs Your Cat Could be Unwell

Just like humans, cats can have their off days when they just feel a bit under the weather. They may ...
Read More

Why Your Cat Might Prefer a Home and Pet Sitter This Summer Cats are creatures of habit. How they live ...
Read More

Tips for Keeping Your cat in Peak Condition

Tips for Keeping Your cat in Peak Condition Looking after your feline friend and ensuring they are healthy and happy ...
Read More

Training Tips for Cats Dogs can be trained, cats can’t, right? Well no. Cats can in fact respond well to ...
Read More

Adopting a rescue cat - do's and don'ts  It’s estimated that at any one time around 100,000 dogs and countless ...
Read More