The last major evidence of an empty nest came with the loss of our two long-time family cats, Romeo and Elizabeth. They were household family members for 17 years and departed within a short season of one another. This was   the only time in my life that such events occurred right in front of me. Earlier pets came and went outside and just one day never returned.

I was still coming to grips with the big changes of life on my own and there was such emptiness. I was questioning my own purpose with the doubt that maybe I’d outlived my own usefulness. I wanted another pet, but suddenly wondered how I would manage it, though I knew I would not wait long. 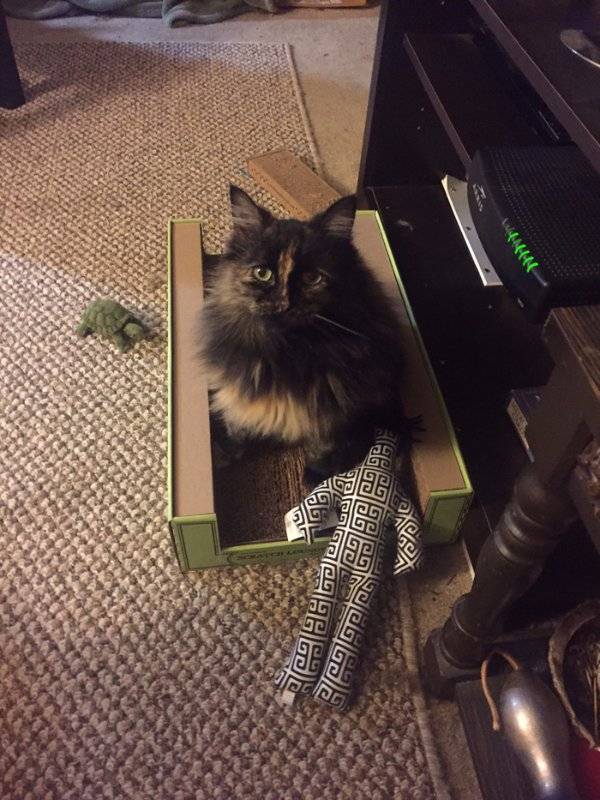 I had stalked the online feline residents at local shelters and settled on the intention of my “cat order:” 1) short hair, since last cats were matting/shedders; 2) a young old cat (shelter offered senior discount for adopting cat of 7 or more years old), and 3) healthy and vital. One day my online visit led me to a mid-December announcement of a special adoption open house that offered a photo op with Santa. The rainy daily seemed to call for a holiday rescue, so the cage was packed into the car and I headed over to meet my new friend.

The first cat I saw in the first room of cages was Roxy. Her mottled tortoise shell fur was like an earthy camouflage that made her facial features difficult to discern. She was sweet, but lost points for 12 years old, heart murmur, and litter box issues listed on her rap sheet. She’d been there since the beginning of October. I moved on around the room. I honestly found no bonding moment with any of the residents, though kept noticing that all the other cats had just recently arrived. 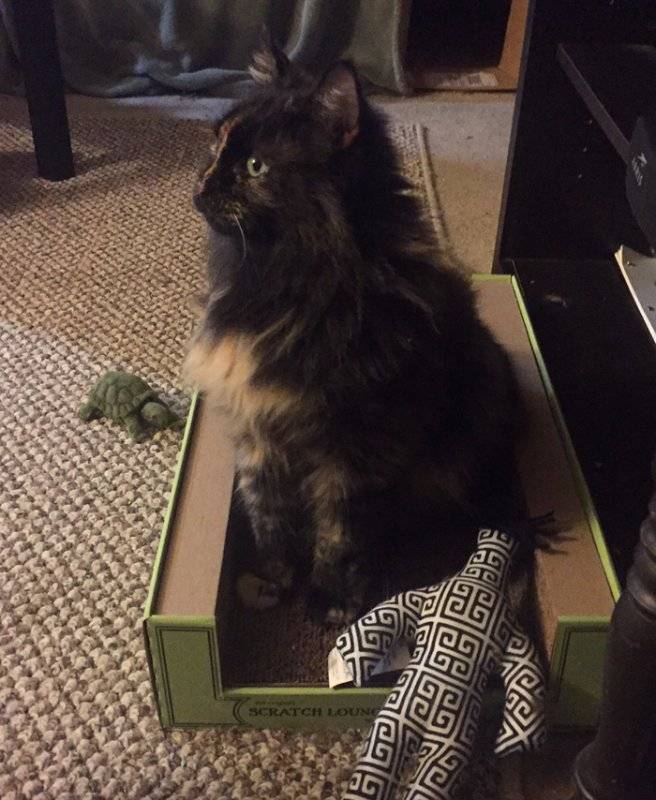 My heart was called back to Roxy because she was so clearly unwanted, evidently seen as a potential burden. I had to take her home. She became Shadow.

Her first instinct was to find the spot where no one would find her. We were a little like two new acquaintances searching for something in common. There’s an adjustment with a full grown cat that is different than adopting a new kitten… a whole history impacts the relationship.

There was never an issue with the box. Her life story was one of being in a family, then taken away by one of the children and later brought back – though, by that time, another cat had become the alpha on home turf. Her reaction made perfect sense.

Shadow also made apparent she had not been the sole focus of attention for a while, through her signs of appreciation for every little thing done for her. I’d never known a cat that the moment you gave it something, accepted it right away in such appreciation. After 3 months of shelter donated dry cat food, she acted like her every serving of wet food was equivalent to a thanksgiving dinner.

There was still some warming up to happen between us, which I was allowing to proceed at its own pace. I suspected it might take time for Shadow to realize this was not just another temporary stop in her growing number of moves.

A turning point came when I had to leave town. I hated to leave her, but had a support network of volunteers who would pay a daily visit. Petrified, she showed her face to NO ONE who stopped by. I cut travel short and came home early. 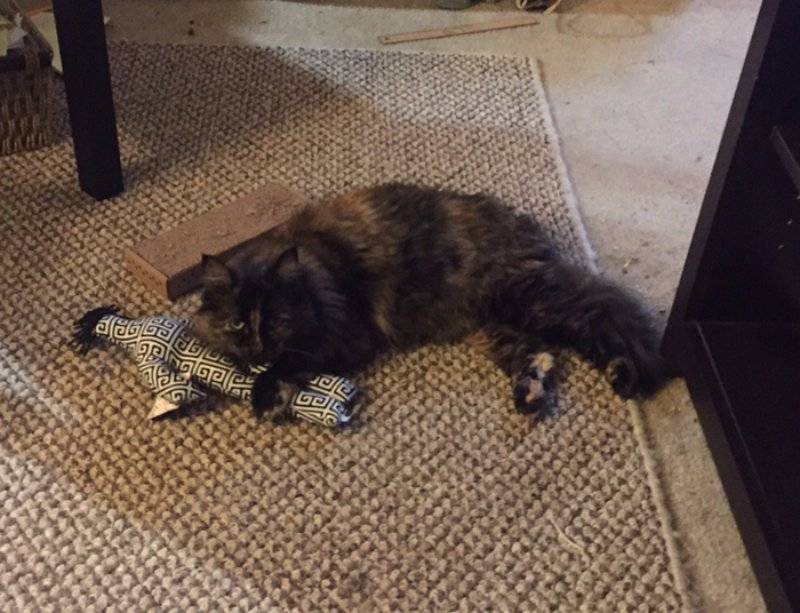 A kitten might have offered easier bonding, but not nearly the same blessing. There was no early imprinting that drew us together, but a negotiation of the Heart.

I think back to my “cat order” and how I’d figured out all the important features.  I had put the same value on age and history that seemed to be the source of my own personal pain. I don’t think any other cat could have come close to replacing Romeo or Elizabeth, but this very special loving creature that truly represents my own Shadow, proving that we both still have value – maybe more – because of the history we carry.

Though I thought I was rescuing Shadow, it would seem she rescued me. Once in a great while I still call her Roxy. I like to think she takes it as the evidence that I remember she is much more than just the history we have together.

We hope you enjoyed their story and don’t forget to subscribe to our Newsletter!