Today we have another tale from the rescue work done by The Mayhew Animal Home.

It certainly is sad to see how many cats get abandoned so it’s great to hear from charities whenever one gets rescued! And even better when it’s such a happy ending as this particular one.

A mummy cat has been saved from being abandoned and giving birth to a litter of five on the streets thanks to the kind-heartedness and goodwill of a local resident and The Mayhew Animal Home. 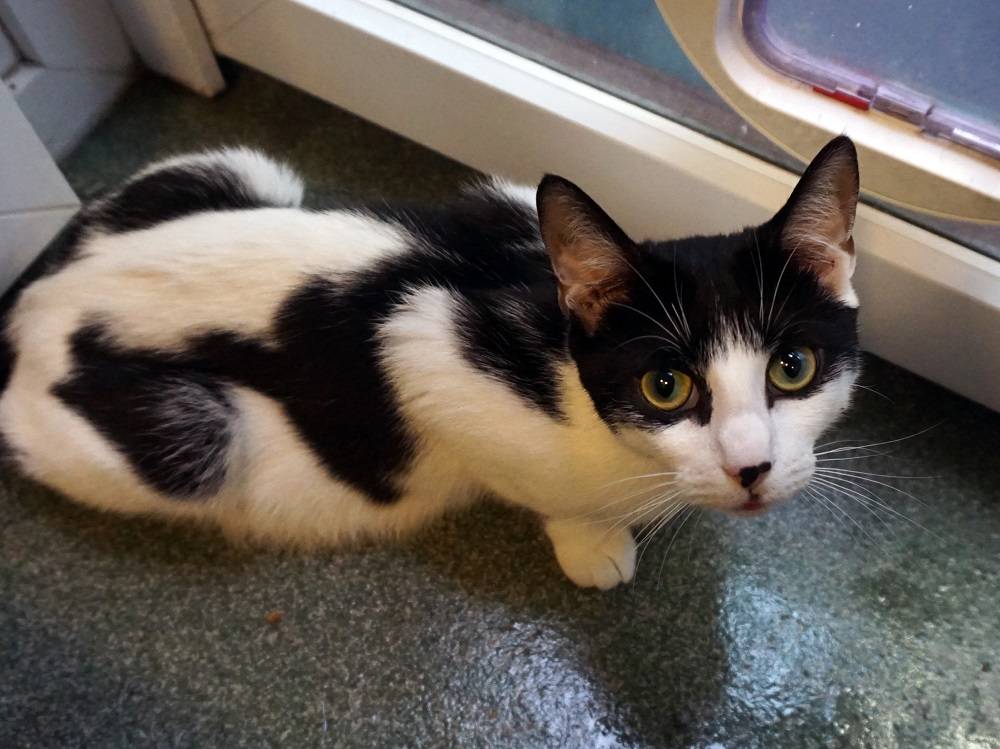 Trudy Broome discovered the two-year-old black and white cat sitting in her front garden in Brent, London. At first she thought it was a neighbours’ cat, but when she didn’t move or return to her own home in the evenings, Trudy knew this feline was different.

Trudy said: “I had woken up at 3am one morning and looked outside my window when I noticed she was still sat in my front garden. She was so affectionate and kept wrapping herself around my legs every time I stepped foot outside, so I knew she wasn’t feral and must have been either abandoned or unwell.” 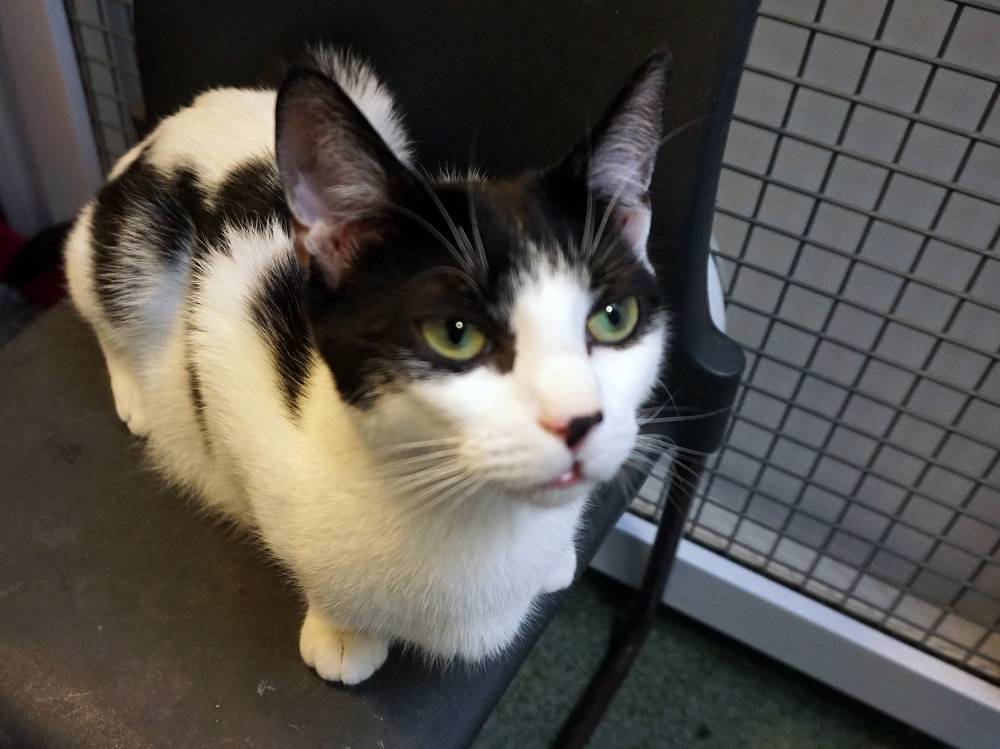 On closer inspection, Trudy noticed the cat, later named Sweetie, had a rounded stomach and thought she might have been pregnant. She knocked on neighbours’ doors and searched the local area for lost posters, but had no luck.

Trudy explained: “One evening it was particularly cold and I looked outside and poor Sweetie was still sat there freezing. I just couldn’t leave her there by herself, so I decided to let her in my house for the night. As soon as I opened the front door, Sweetie followed me straight in – I think she just wanted a place that was warm and comfortable.”

The kind-hearted resident gave Sweetie food and put together a makeshift bed with blankets and towels in the corner of her shower in the downstairs bathroom.

The next day, just before nine in the morning, Trudy checked on Sweetie and couldn’t believe what she had discovered – an extra feline cuddling up beside her. Sweetie had given birth to one kitten and Trudy didn’t know how many more would be following, so she called her niece Kerry Scofield for help. By the time she arrived, Sweetie had given birth to a litter of five black and white kittens. 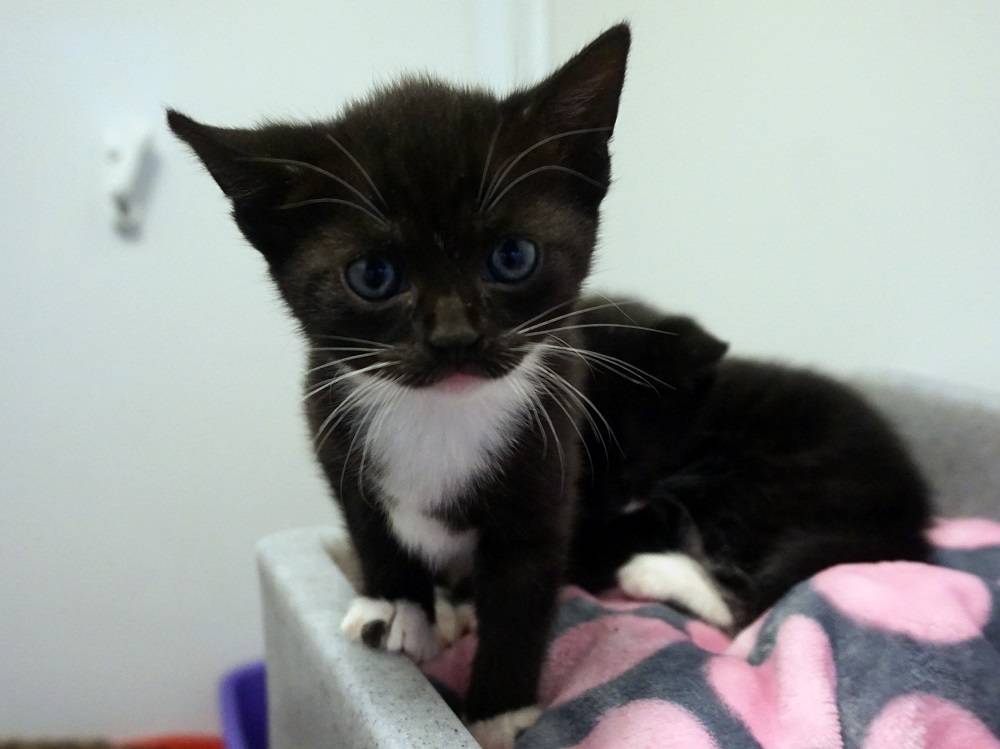 Trudy said: “Straight away we noticed one of the kittens wasn’t moving and had breathing difficulties. But thankfully Kerry quickly fetched a warm flannel and rubbed him all over and he was soon wriggling and moving around like his brothers and sisters.”

Soon afterwards, Trudy called The Mayhew Animal Home for help and advice on what she should do next. 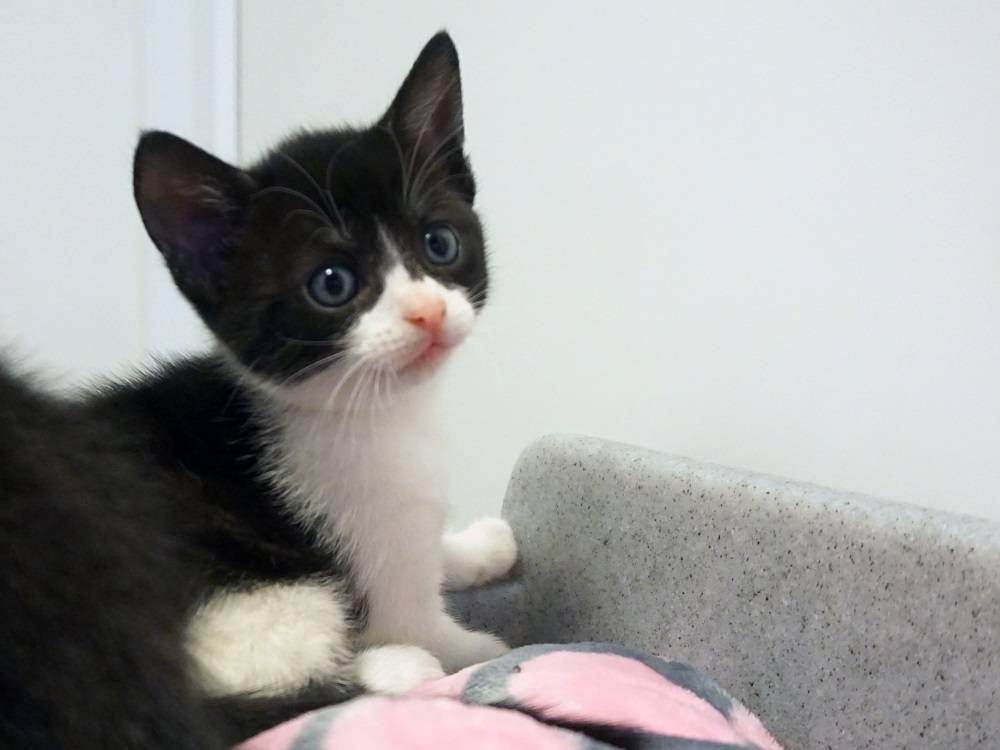 Our Animal Welfare Officers would normally collect mum and her kittens and take them back to our Home, so our Cattery Team could care for them, our Vet Team could give them a health check, vaccinate and neuter them and later our Adoption Team could find them all new homes.

Unfortunately though, we were completely full to the brim with other unwanted and stray cats at the time. We had no space to put them in our Cattery, and knew that the only option would be to find them a foster home. With the advice and information we provided and offer of food and cat supplies, Trudy was more than happy to help look after Sweetie and her five kittens, named Tilly, Kandy, Gizmo, Oreo, and Felix, for a couple of weeks. Our Animal Welfare Officers regularly kept in touch throughout their care with Trudy until we could take them in. 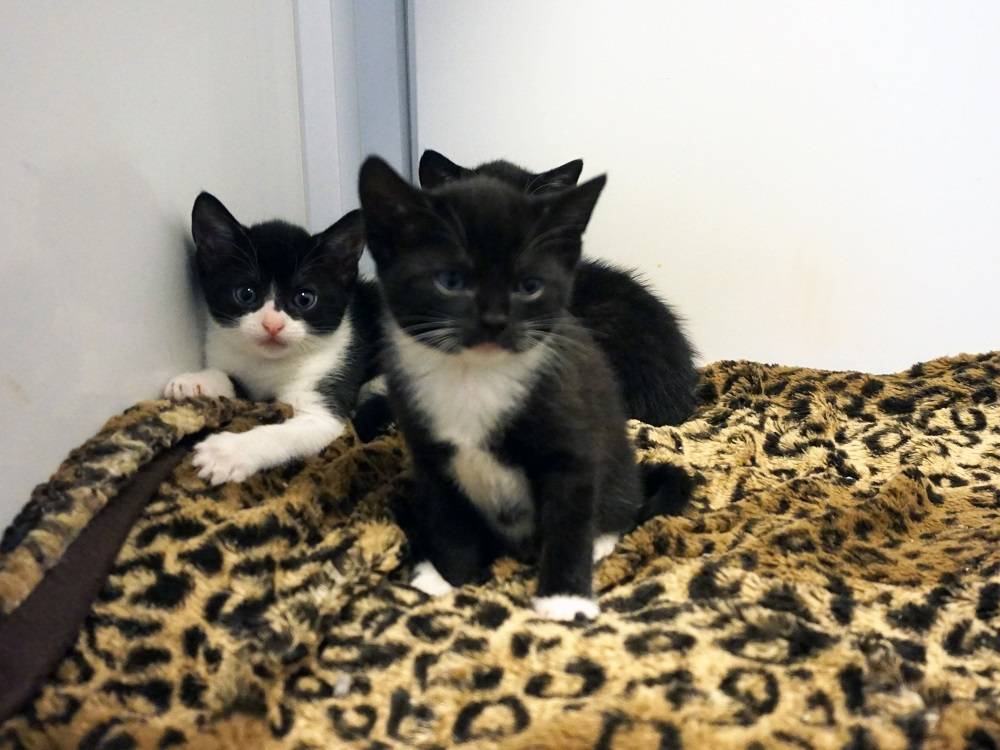 The Mayhew’s Animal Welfare Officer, Alisa Ford, said: “It was important that they all stayed together, so the kittens could receive the proper nutrients from their mum’s milk, which is essential for keeping them healthy and for their growth.”

“We are very grateful to Trudy for stepping in to care for them during this crucial time.  Without her help, Sweetie would most likely have given birth on the streets and we can’t imagine how terrifying that would have been for her and her kittens. Thankfully they were well looked after and within a few weeks, when space became available, we were able to collect them and bring them all back to The Mayhew until they’re ready to find new homes.” 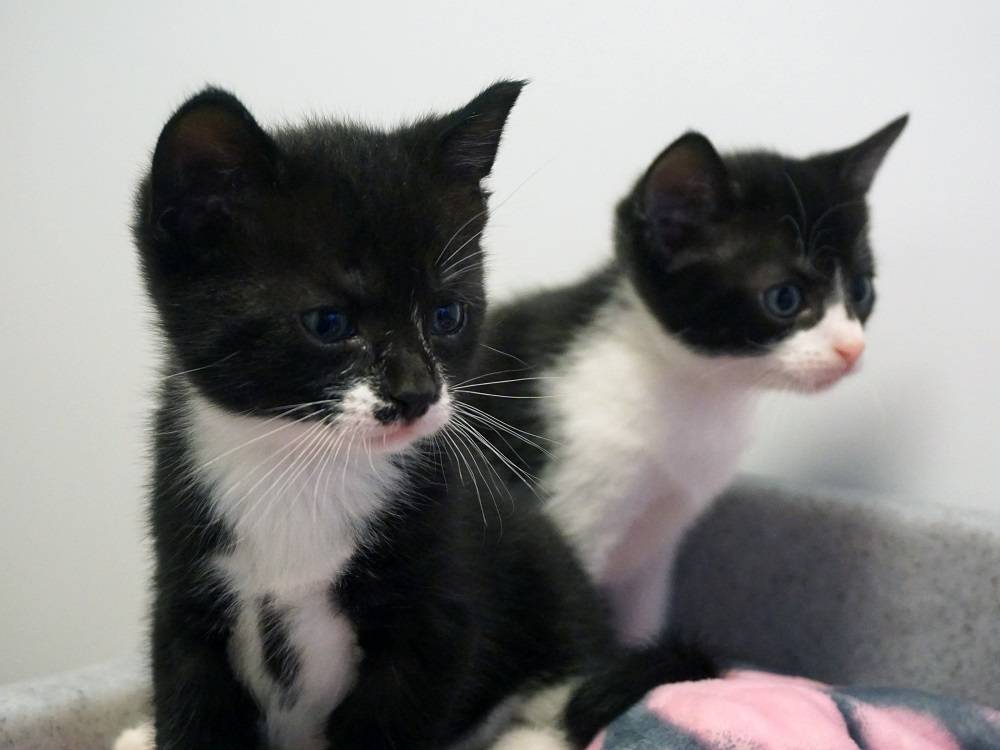 For three weeks, Trudy tirelessly looked after them, providing shelter and food for Sweetie and her kittens. She even made weight charts so she could ensure they were all putting on a good and healthy weight. 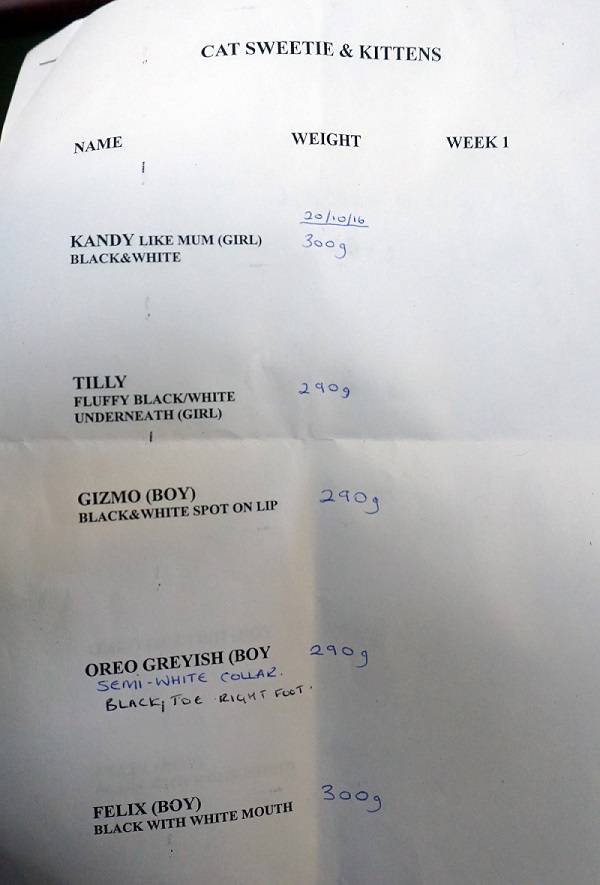 Trudy added: “It has been great to help The Mayhew and make a real difference. I have become quite attached to them all, especially Sweetie, who I’m hoping to adopt and give her a new home she truly deserves.”

Once Tilly, Kandy, Gizmo, Oreo, and Felix are old enough and have been neutered, they will be available to find their purrfect forever home.

The Mayhew’s Vet Team give all of the kittens that come into our care a thorough health check, including vaccinating, neutering and treat them for fleas and worms. Our experienced Cattery Team spend hours socialising them, feeding them and making them comfortable and our Adoption Team work tirelessly to find them new forever homes. 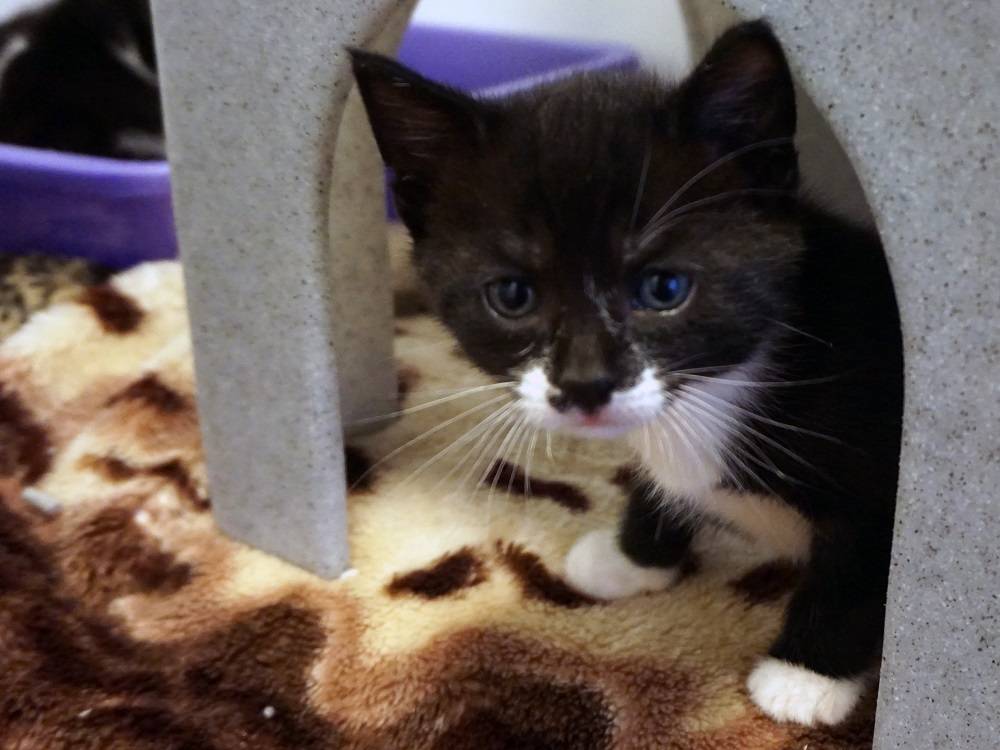 We are always looking for more foster carers, so if you’re interested in joining The Mayhew, please visit our website www.themayhew.org/get-involved/foster/ to find out how to apply, or you can call us on 020 8962 8000.