Today’s guest post comes from Stuart and his cat Cubbie:

Cubbie was a Persian cat who accumulated his twenty pound girth with a temperament so phlegmatic that we wondered if he experienced normal brain impulses. His abundant orange fur-ball moved from one lounging spot to another throughout each day at a pace that would have left a tortoise itching for activity. Cubbie ate, napped and relieved himself with regularity. He rarely sought our attention, and only indulged our desire to pet his lush fur with an air of supreme disinterest. 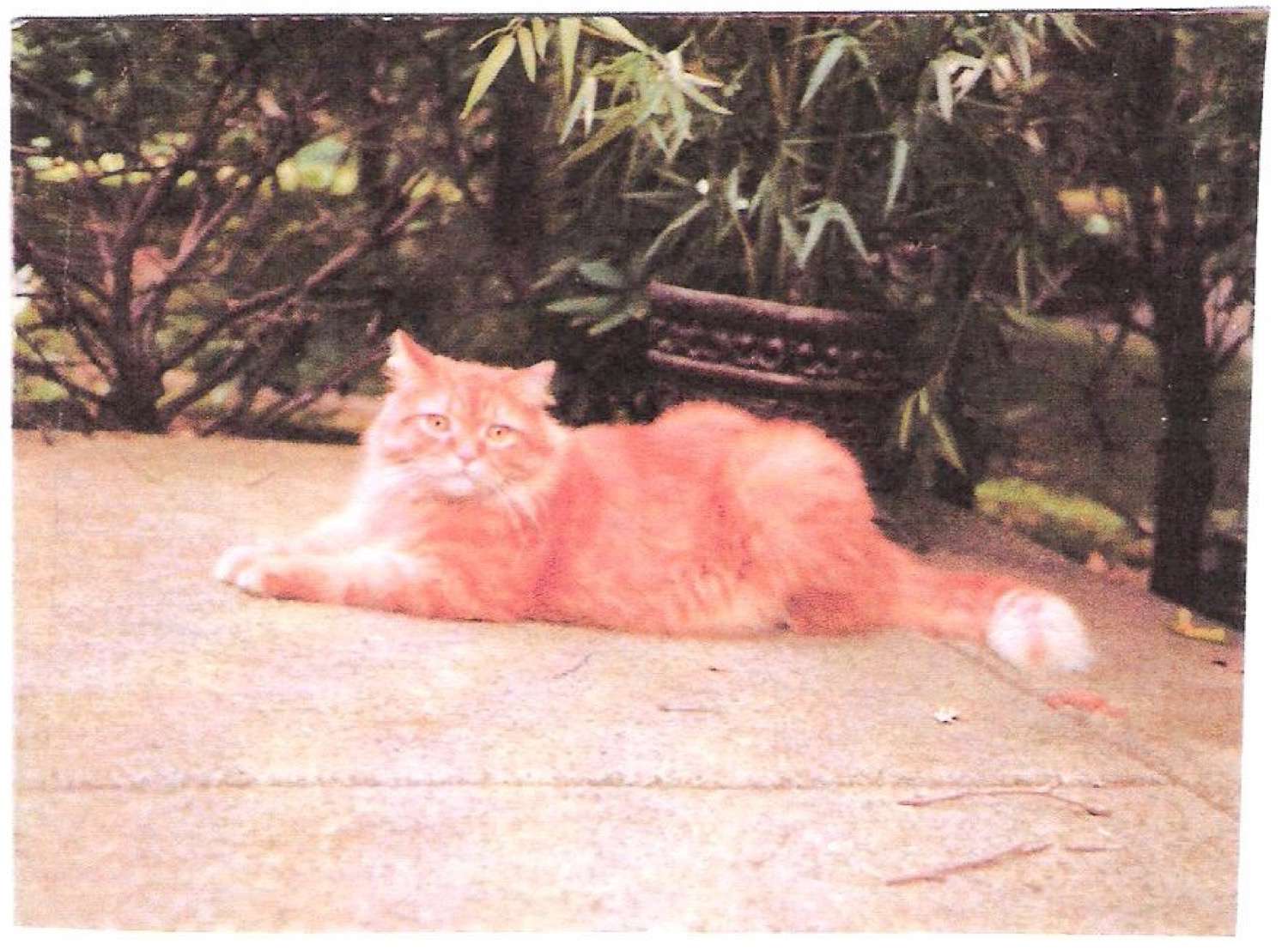 Cubbie’s interaction with my father was even more limited. Each morning, my father was the first to go downstairs. He discovered Cubbie’s nightly contribution to the litter box with an audible declaration of disgust that somehow never failed to convey surprise.

My father left the cleaning of the box and the replenishment of Cubbie’s food dish to me or my mother, but he hastened to open the kitchen door and shoo Cubbie out to the stoop. It was as though he felt the odor would follow the cat.

Mice had nothing to fear from Cubbie. He sat outside with obvious discomfort. If a leaf blew by or a bird chirped, he would raise himself laboriously to paw at the screen door. My father never relented; only my mother or I would allow Cubbie in.

As Cubbie matured his movement slowed. When he was about eight, the vet advised that he had arthritis. We noticed that Cubbie rarely climbed to the second floor and, by his tenth year, he no longer climbed or jumped onto furniture. If we wanted Cubbie to be able to look out the window, we would gather him from underneath with two hands and lift his jelly-like body to the sill. We made sure to lower him just as carefully if we left the room.

Despite his infirmity, Cubbie’s conservation of energy resulted in longevity, as he lived year after year on the first floor. When Cubbie was approaching twenty, my father was rushed to the hospital for what turned out to be his final days. When we returned that night from an exhausting and upsetting day of keeping vigil, Cubbie was not present.

My mother and I were frantic and each assumed that the other, preoccupied with my father’s condition, had locked Cubbie out on the stoop. We searched outside with a flashlight and finally gave up, hoping that if he were okay, Cubbie would return in the morning. 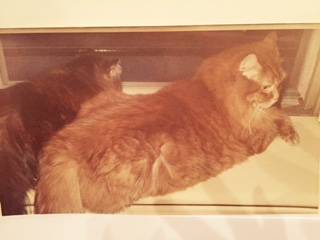 We went upstairs and were shocked to find Cubbie’s massive orange body comfortably astride my father’s pillow. Whether it was a sense of foreboding or loyalty that drove him, Cubbie was offering a tribute to the man who had banished him to the stoop each morning. He had dragged his body up the stairs for the first time in a decade and somehow leapt onto the bed.

We thought little activity took place within Cubbie’s mind, but we were wrong. More inscrutable than a poem by Emily Dickinson, something profound had taken place.