The following story was submitted by Lisa:

I’d been mourning the loss of my beautiful long-haired ginger and white kitty-man, Walter. (Sir Walter Growly), who passed away at age 16. Neighbors reported a cat was living wild, seen leaping 6 ft up to snatch birds in flight.

During a fierce winter storm he was trapped by a neighbor who said this cat appeared to be injured. I said I’d take it to my vet if he’d catch it. 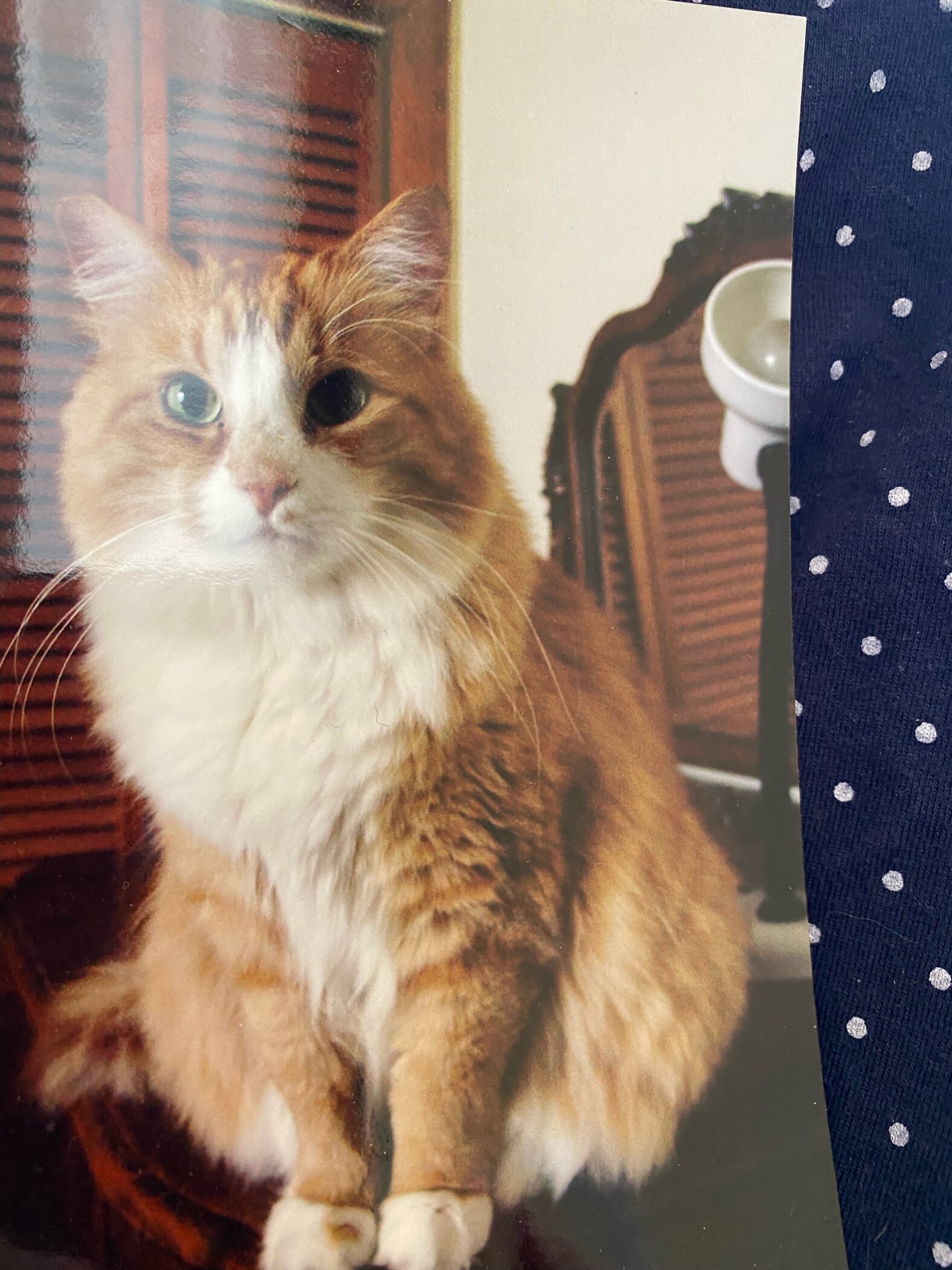 Having no idea of the cat’s gender or appearance, I was flabbergasted to see he was the spitting image of Walter, but twice the size. A very long tomcat, with a gash on his chest.

His first night he chose the bathroom sink to stay in, both growling and purring emanating from his very matted, but muscular body. He devoured food and water. 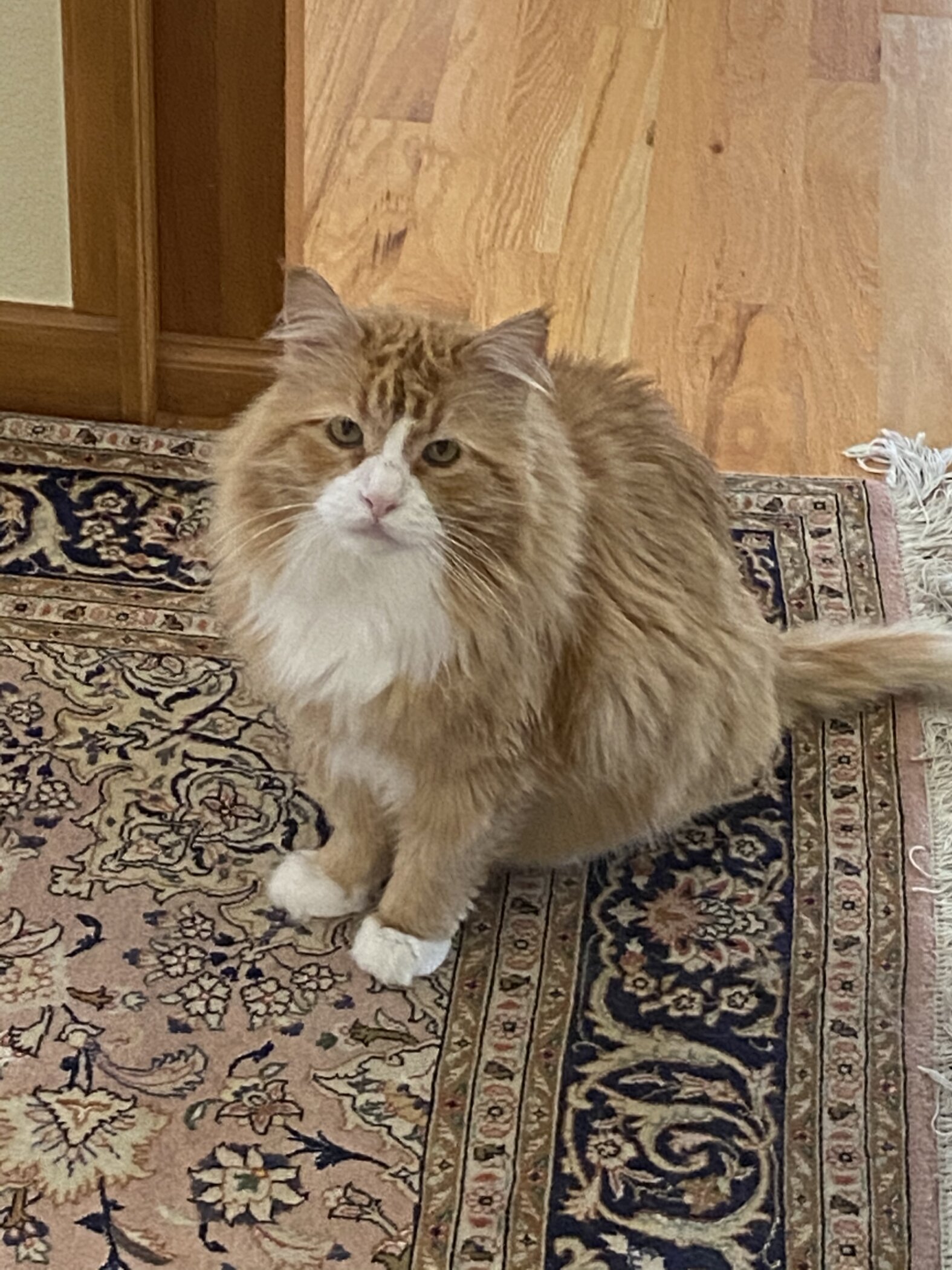 The vet put him under to shave him, extract a rotten tooth, and tend to the abscessed chest wound, saying he’d have died within a few weeks had he not been rescued. He also got shots, blood tests, and a mani/pedi.

He was a very muscular 12 lbs, about 6-8 years old. The vet said he appeared to have lived off the land for up to a year. We live out in the countryside.

Henry had obviously been a prior pet, used a litter box and scratching post and stayed off countertops, He quickly became a very affectionate, sweetie. However, after several nights of yowling midnight renditions of “I’m in the mood for love”, I returned to the vet to have Henry “tutored”. He promptly settled down.

He’s huge, not fat, and just turned 13. I cannot imagine life without him. We play chase, hide and seek, floor ping-pong, and chase the catnip mousie. He follows me everywhere, and we sleep back-to-back. When he occasionally gets fractious, my brother calls him “Hank the Skank”.

In rescuing Handsome Henry the Fabulous Feline, it seems he also rescued me.