A cat owner from Truro who fought in vain to help an underage kitten that she purchased over the Internet is the focus of a new Cats Protection documentary released this week.

Samantha Webb, 32, tells the emotive story of her kitten Franky in a documentary entitled “The Big Kitten Con” which sheds light on kittens that are traded online at less than the legal age for commercial sale which is eight weeks old.

Her unfortunate experience began when she was browsing the Internet in May 2021 looking for a new pet. “I saw a photo of playful kittens on Facebook with a caption saying ‘10-week-old kittens ready to go, mum can be seen’, says Samantha.

“I sent the person a private message to discuss further, and on the day that my husband and I went to collect my kitten, the seller messaged me to say there would be a charge of £30.

“We arrived outside a chaotic household and could see several noisy dogs and a number of adult cats and kittens wandering in and out,” said Samantha. 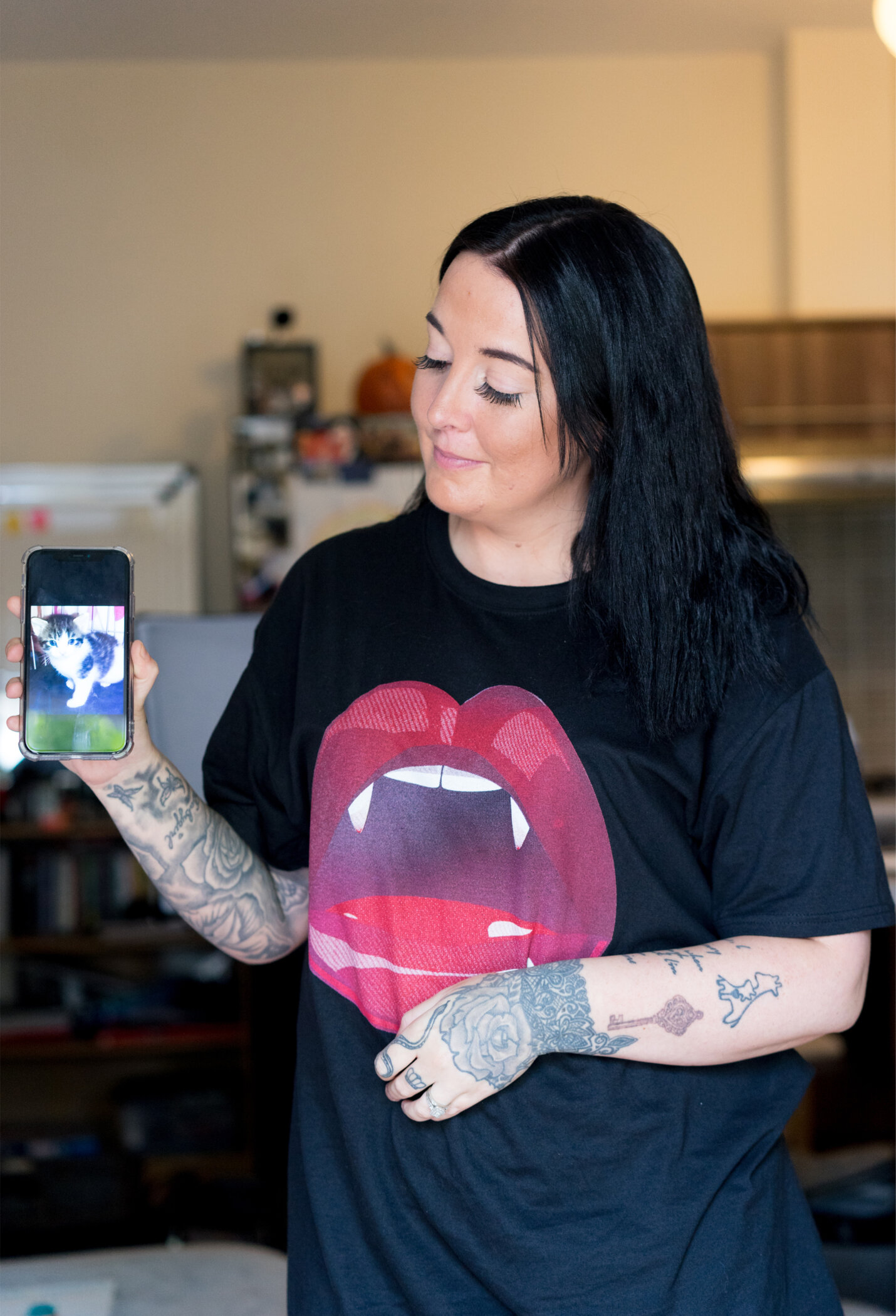 “The seller handed me a frail and limp kitten who wouldn’t open his eyes. He looked quite different to the kittens in the photo.

“I handed over the money just so we could get this poor kitten to the vet. My vet confirmed he was just four weeks old and a few weeks later confirmed he had a neurological condition called cerebellar hypoplasia caused by his mum having a virus during pregnancy.

“I had to treat this kitten, who I called Franky, as a new-born and so I was up day and night with him to get his strength up and did other things to help him.

“Sadly he took a turn for the worse one morning. He was drooling and became very unstable on his feet and he kept pressing his head against the wall. My husband and I rushed him to the vet but sadly Franky’s condition continued to deteriorate. With a heavy heart, I had to have Franky put to sleep.”

Last year, 340,000 of the 500,000 cats that were purchased in the UK were found online on sites like Facebook, Gumtree, Pets 4 Homes and Preloved but Cats Protection fears that this has allowed some unscrupulous individuals to take advantage of the anonymity of the Internet and deceive unsuspecting buyers like Samantha.

A recent survey of 2,000 people conducted by Cats Protection showed that around four in ten (42 per cent) had noticed a suspicious advertisement for a cat or kitten across Facebook, Gumtree, Pets 4 Homes or Preloved.

Veterinary surgeon and star of CBBC’s The Pets Factor Dr Fabian Rivers also appears in the documentary to give advice to consumers, which include asking to see the kittens with their mum cat at least twice and asking for clear evidence that the kitten is eight weeks old.

“Every day as a vet I see more cats come through my door that are set up for failure from the very start,” says Fabian.

“It’s so important that we take these living, sentient, amazing beings much more seriously, especially when they are young and vulnerable. They are not accessories or toys and they have to be treated with much more respect.”

Cats Protection is calling on cat lovers to sign a petition calling for the regulation of cat breeding in England, Wales and Northern Ireland, bringing it into line with Scotland who introduced a law late last year.

“We want anyone who breeds two or more litters of kittens in a year to be licensed which would make them subject to regular inspections,” says Madison Rogers, the charity’s Acting Head of Advocacy and Government Relations.

“This will bring unscrupulous sellers out of the shadows and help protect helpless and innocent kittens.”