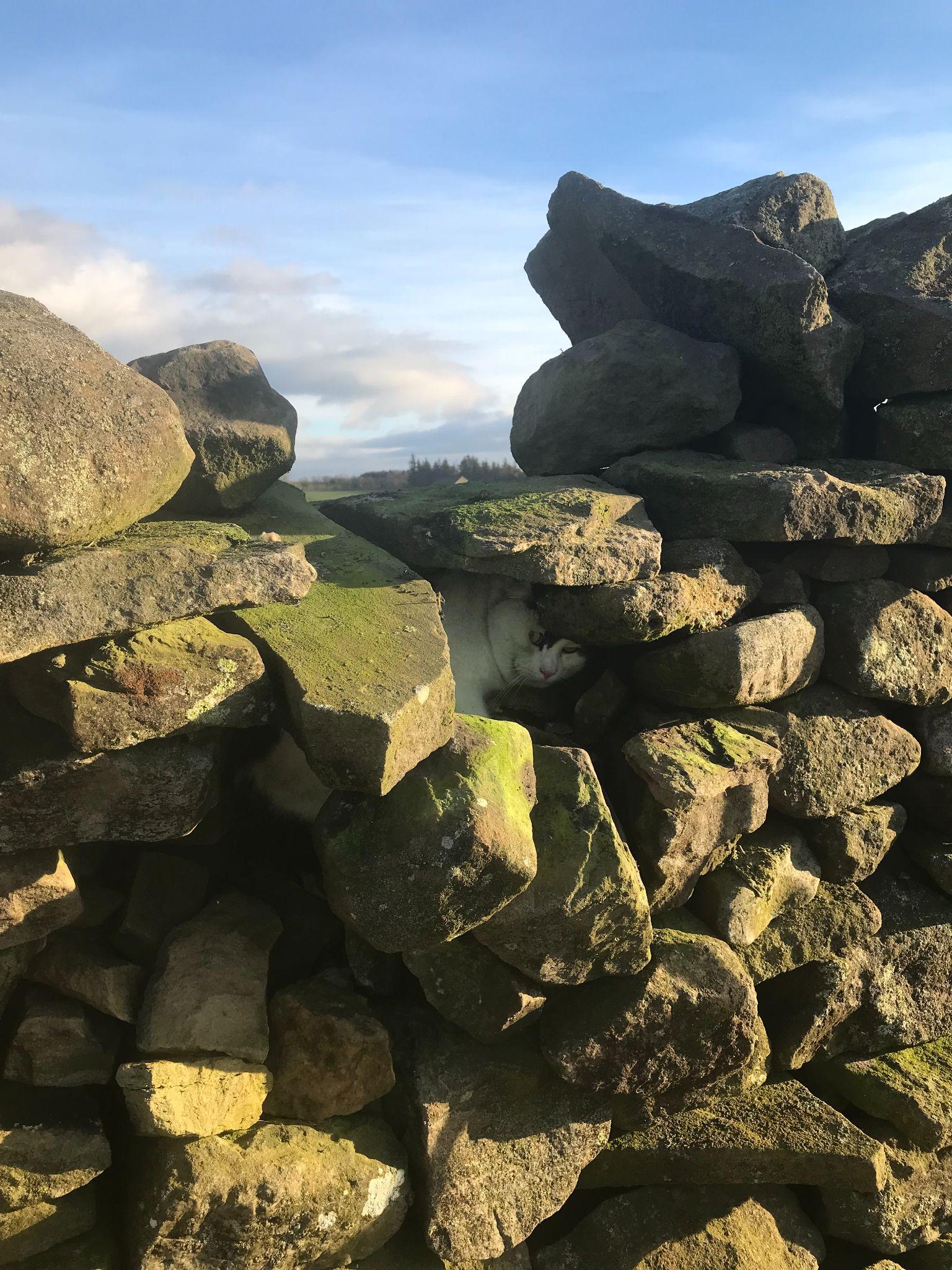 Rescuers dismantled a dry stone wall in County Durham to free a cat who was trapped inside.

An RSPCA rescuer was called to a field in Tow Law, near Bishop Auckland, on 23 January by a dog walker whose pet found the black and white cat wedged in a small gap in a dry stone wall.

Inspector Ruth Thomas-Coxon said: “It was an unusual call-out and the poor puss was very frightened and a little aggressive.

“Initially it looked as though he’d chosen to tuck himself inside the gap but he didn’t try to run away when we got closer so I was concerned he may have been injured or sick.

“The owner of the paddocks, and wall, came out and between us we removed some of the stones to dismantle the top part of the wall and free the cat. He made a dash for it and jumped into another part of the wall where we were able to catch him.”

Ruth left the owner to re-build the wall and took the puss, now nicknamed Freddy, to the vets.

“Vets found he was in fairly good health although he had some matts in his coat which they removed,” she said. “He was a sweet, friendly cat so I wondered if he was a missing pet but he was not microchipped. I made some enquiries nearby, put up a poster where we rescued him and also put his profile on PetsLocated but, unfortunately, he’s not yet been claimed.

“He’s being looked after at a local cattery and if no one comes forward for him then we’ll find him a new home.”

To help the RSPCA continue rescuing, rehabilitating and rehoming animals in desperate need of care please Join the Rescue this winter, or call our donation line on 0300 123 8181.

3 thoughts on “Rescuers Dismantle Stone Wall to Save Trapped Cat”