The RSPCA rescued a kitten which had become stuck in a car engine and travelled all the way from Wales to Leeds before the motorist realised his engine was ‘purring’. 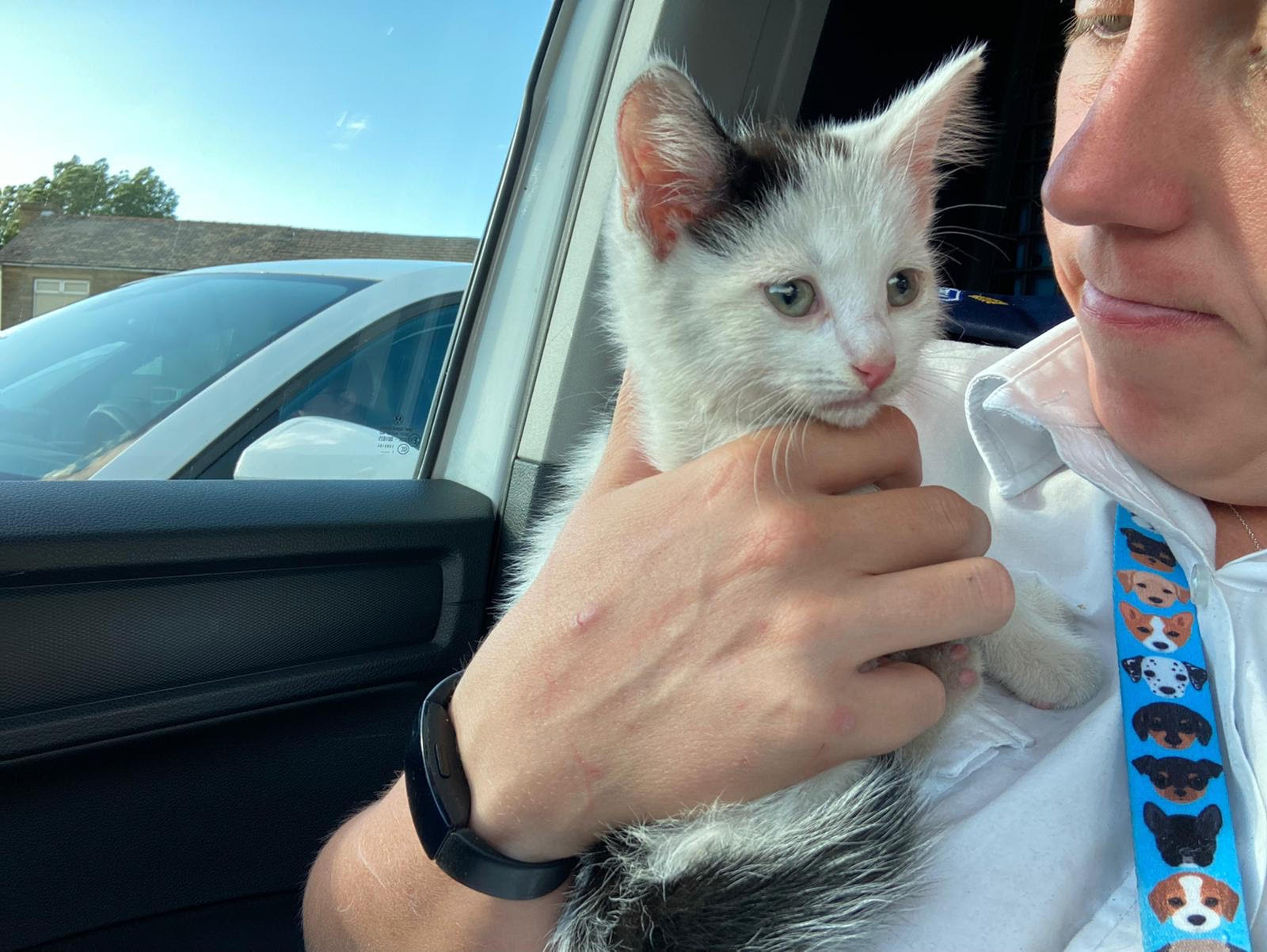 A member of the public arrived in Malvern Street, Leeds, on Thursday 12 August, after a long journey of around 230 miles. The motorist thought they heard a strange noise coming from the engine and when they lifted the bonnet of the car they saw that there was a young kitten trapped there. When luring the kitten out with food didn’t work, they contacted the RSPCA for help.

Animal Rescue Officer (ARO) Rebecca Goulding, said: “I managed to reach the poor kitten and bring him to safety. He was absolutely covered in grease but thankfully had no injuries so he’s a very lucky cat. The caller explained that they’d heard a strange noise all the way from Wales and had assumed it was something wrong with the engine. 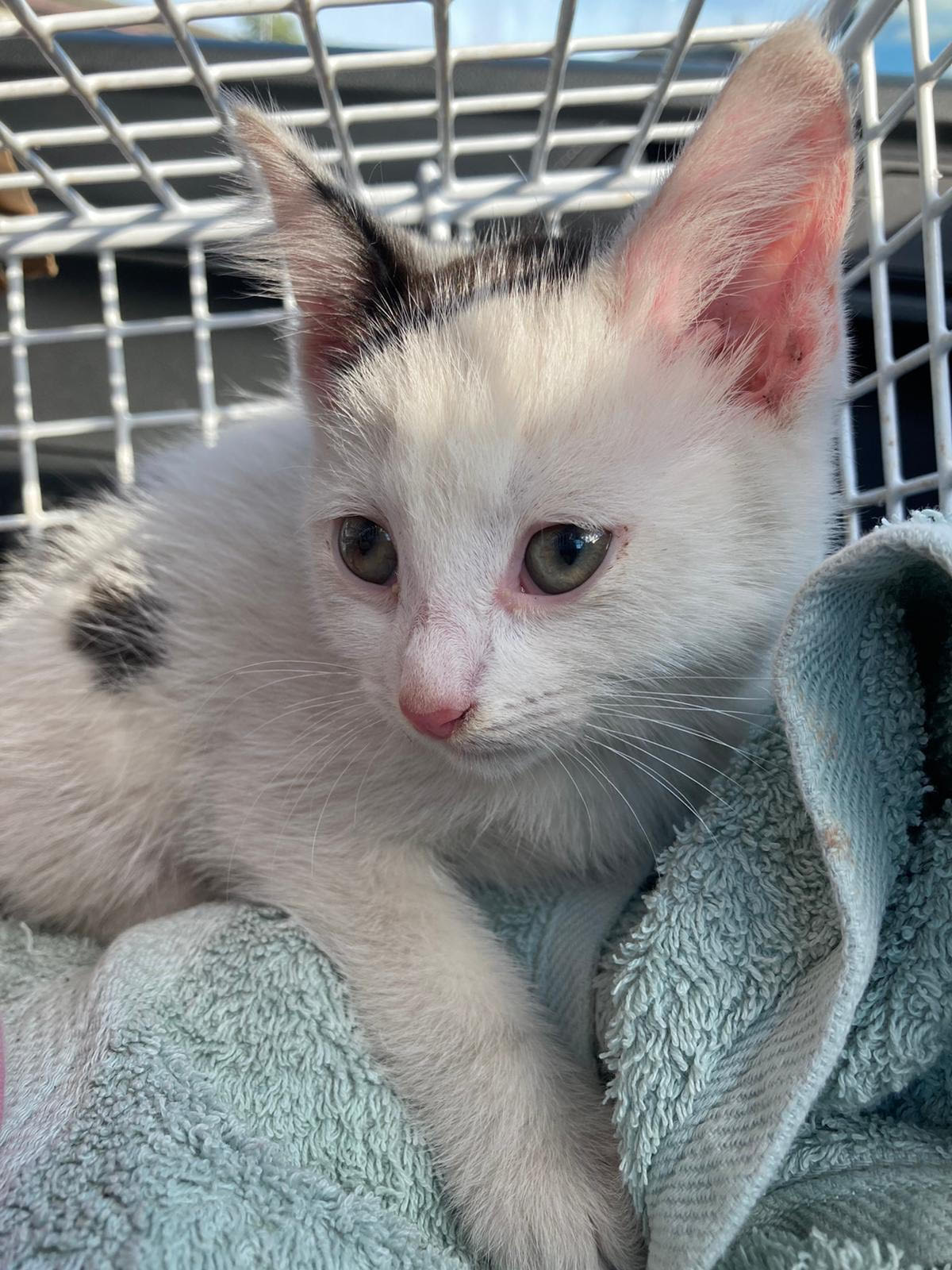 “That means the kitten must have been stuck there for about four hours. He’s so lucky to have not been burnt or injured. He’s definitely used up one of his nine lives on the trip!”

Sometimes the work never stops for RSPCA officers and that day was no exception as Rebecca took the little kitten home that night so she could monitor him for a few days. She named the little Welsh stowaway Tom Jones and the six-week-old black and white kitten is doing very well in the care of the RSPCA Halifax branch now.

Rebecca added: “We would urge motorists to take some simple steps to make sure there are no intrepid moggies seeking shelter under their car before they switch on their engines and drive away. A quick look under the car and a tap on the bonnet should help to reveal a hiding cat. Make sure to wait a few moments to give any cat time to crawl out before deciding if it’s safe to switch on the engine.

“Often cats will be able to crawl out themselves but sometimes something may scare them or they may snuggle into a very tight spot within the car and unfortunately become trapped under the bonnet.”

It is unknown whether Tom belonged to someone or whether he is a stray cat. However, if anyone recognises him and is missing a pet, please get in touch with the RSPCA on 0300 123 8018.

One thought on “What’s new Pussycat? RSPCA Rescues Kitten After Travelling From Wales to Leeds Stuck in a Car Engine”