The RSPCA rescued 12-year-old cat Nora as she was found struggling to breathe in Harrogate just half a mile from where they used to live. 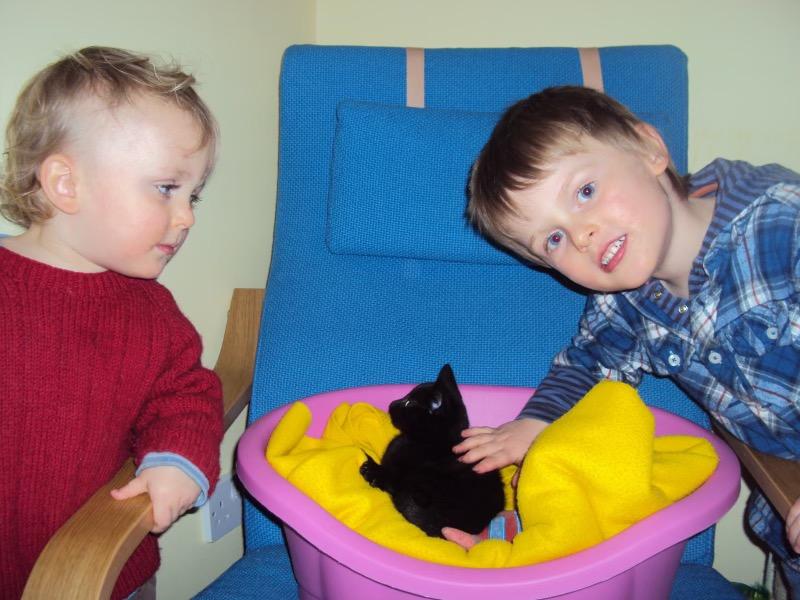 RSPCA Inspector Elizabeth Boyd was contacted on 3 August to rescue a cat which had been found near a nursing home in Whixley, Harrogate. The residents had been feeding the cat for a little while but that day they saw that she appeared to be struggling to breathe and needed urgent help.

Beth said: “I went and collected the cat and scanned her for a chip. She was chipped but unfortunately the number had been disconnected so I took the cat to the vets and then drove to the address on the microchip in Skelton on Ure. I then discovered that the owners of the cat had sadly moved from that address so I made enquiries which led me to the post office. They were able to send a letter to the new address to let them know we had Nora and within a week, we had found her owner after four long years! 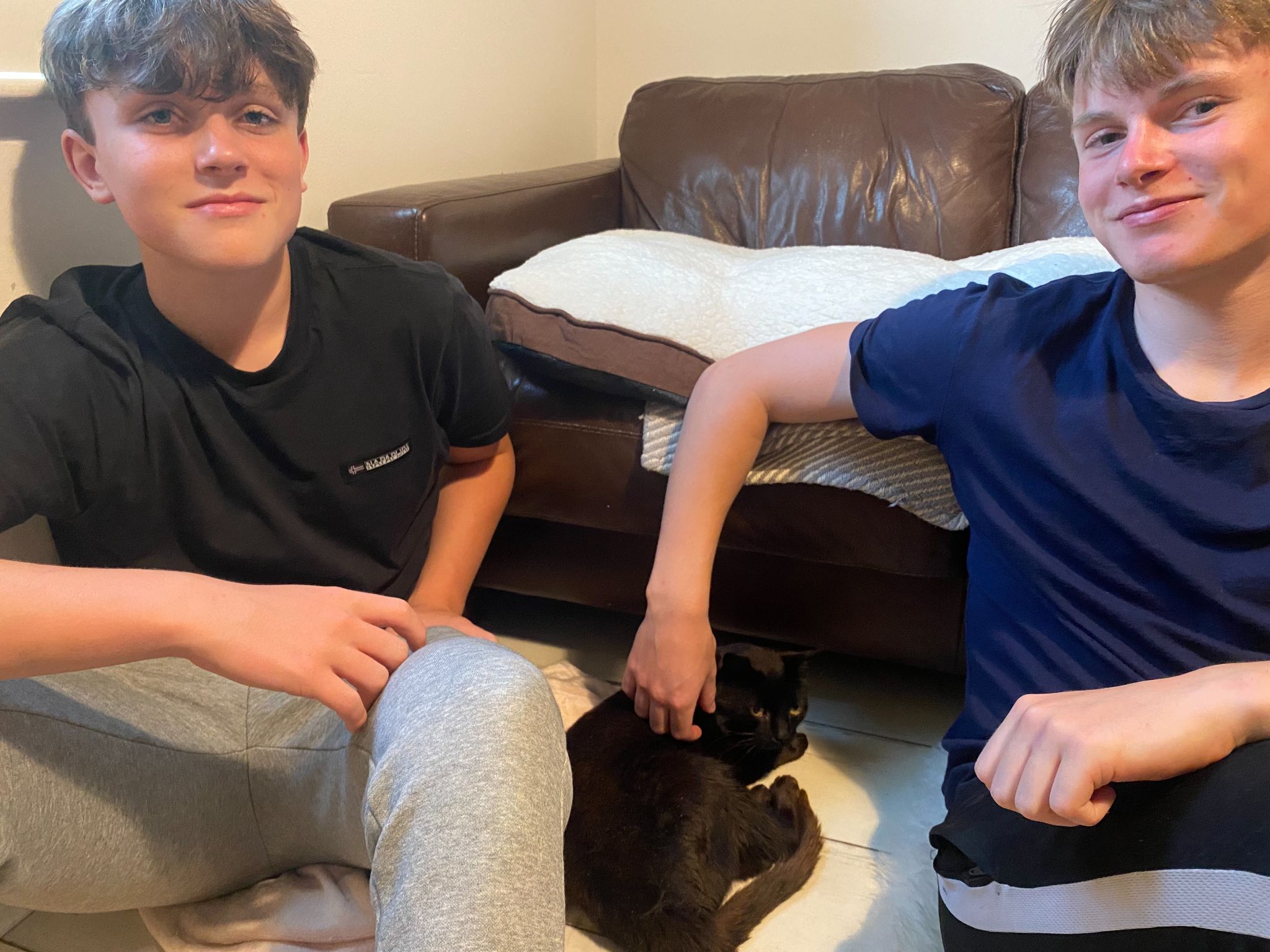 “It really shows just how important microchips are in ensuring that should your cat be lost or injured, they can be returned to you. Thank goodness for microchips!”

Nora’s owner, Rachel Johnson was shocked and thrilled to receive the letter from the RSPCA. When Nora went missing the family had been devastated and after so long they had given up hope of ever seeing her again. 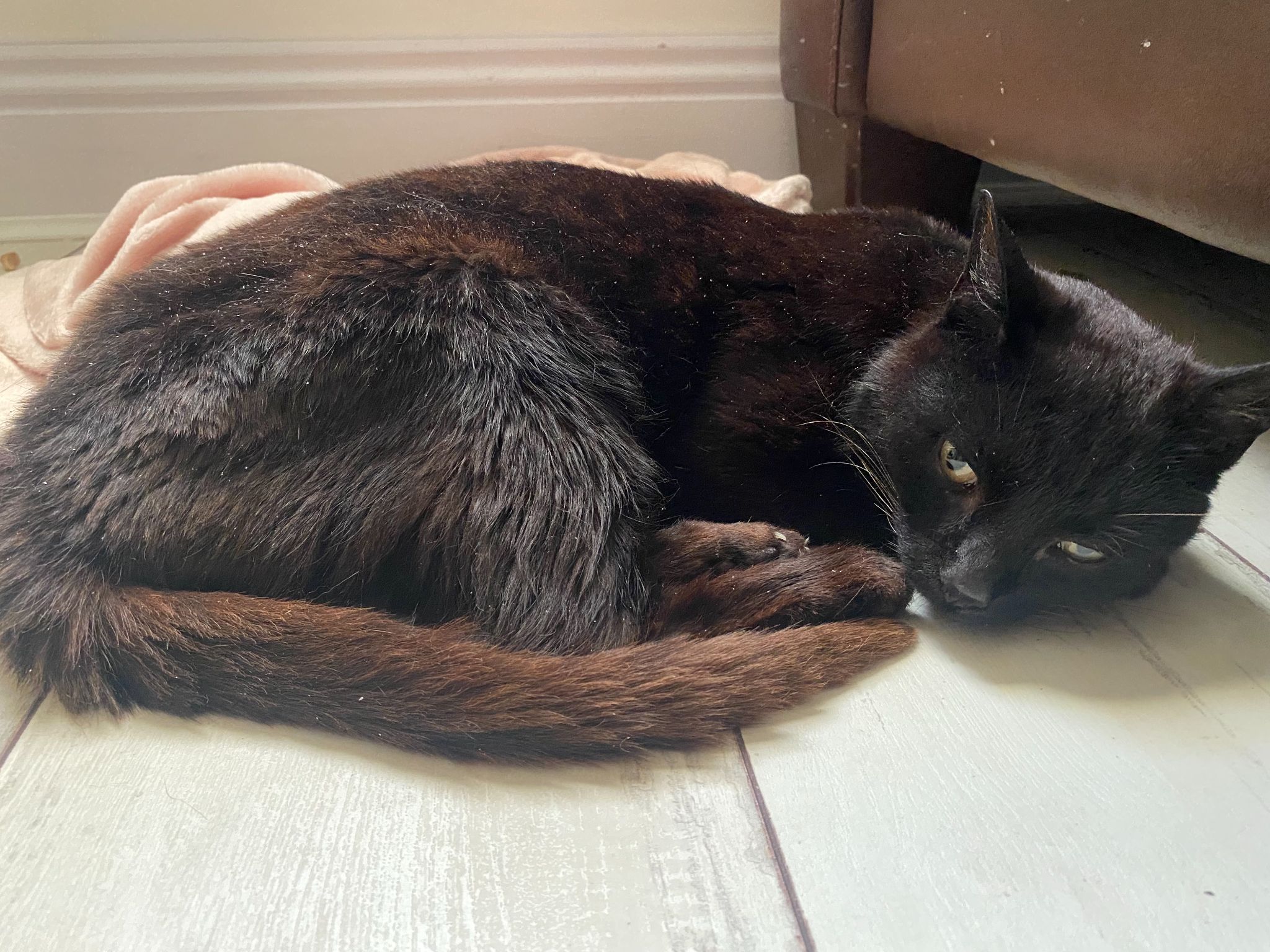 Rachel, who lives in Thirsk, said: “It’s just incredible to have Nora back. She’s just so lovely! And I’m so appreciative of the RSPCA. I had no idea my mobile wasn’t on the chip so they really went to so much effort to get her seen at a vets and getting in contact with me.

“She’d been picked up as she had breathing difficulties but she’s now on some medication and seems a lot better than she was. The vets said they thought she had fluid on her lungs so it sounds like she has had a tough life on the streets but she gets to curl up on our rug now and is enjoying lots of love and attention.”

When Nora went missing, Rachel’s sons, Reuben and Joby (pictured above) were just 10 and 12-years-old but the teenagers are now thrilled to have their cat back.

Rachel added: “Reuben and Nora always had such a bond. In all the pictures I found of them they were just gazing at each other, and now they’re reunited it’s just the same, although Reuben is a lot bigger!”

Rachel’s daughter Libby, who was just six when Nora went missing, was so pleased when they read the letter from the RSPCA that she immediately burst into tears.

“I think Nora recognises us.” Rachel added. “She keeps examining my face really closely, as if she’s thinking ‘could it really be you?’

“It’s incredible. You just assume after so long that you will never see them again.” 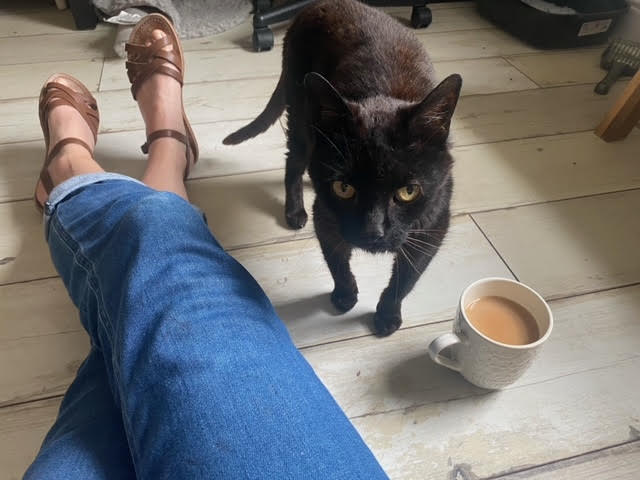 Nora is yet to be introduced to their other cat Stormzy and their Staffy Frodo while she recovers and settles in. And in a sad twist to the family’s story, the day that Rachel received the letter from the RSPCA to let her know that Nora had been found, her other cat Snoopy sadly went missing and was later found in a field having passed away.

Rachel thanked the RSPCA and the vets in York who cared for Nora for a week until they were reunited.

The RSPCA urges pet owners to get their pet microchipped. This is the most valuable tool in reuniting an owner with their pet should they become lost or injured. It’s also important to keep the details on the microchip up-to-date.

We would like to see compulsory microchipping for owned cats introduced in England and Wales and are pleased that the Westminster Government has committed to introducing this.

To donate to the RSPCA’s Cancel Out Cruelty campaign and help us continue to rescue animals in need, visit www.rspca.org.uk/stopcruelty.