We recognise that not all cats across the globe have outdoor access, and that in some parts of the world, it is not encouraged and, in some cases, time curfews are placed on when cats are allowed to have outdoor access. However, where outdoor access is allowed, it can be hugely beneficial to cats’ mental wellbeing as well as being an important source of physical activity. There are however risks that come with outdoor access, one of the most serious being road traffic accidents.  As every cat is an individual and the circumstances it lives in are unique, a full understanding of the risk factors associated with road traffic accidents is beneficial to help make a balanced decision on whether to allow a cat outdoor access and how it is achieved.

However, given the number of pet cats across the globe , the frequency of cat RTA’s and the severe implications of a RTA (injury or death), it’s surprising how little research has focused on better understanding the risk factors associated with cats being involved in car accidents. Luckily, some results from the Bristol Cats Study are able to shed a little light within this area, providing some insight into the features of the cat and their environment which might put them into the higher risk category where RTA’s are concerned. Dr Lauren Finka, member of iCatCare’s Feline Wellbeing Panel tells us a bit more about this study…

What is the Bristol Cats Study?

The Bristol Cats study is a longitudinal UK based study run by the University of Bristol, UK, that aims to understand which factors of a cat’s behaviour and health may be influenced by their management (i.e. diet and lifestyle) and their breed. The study has currently been active for 10 years and has recruited around 2200 kittens and their owners. These cats are followed up via regular questionnaires which are sent out to their owners, in order to track the cat’s ‘progress’ as they age.

The research in question focused on data from over 1000 of these cats during the first year of their life, which were given access to the outdoors. Owners completed three questionnaires for their cat when it was 8-16 weeks, 6 months and 12 months old. Owners provided a range of information about their cat including:

The authors analysed all of the data collected to try to identify which of the above factors might able to predict a cat being at a greater risk of suffering a RTA. 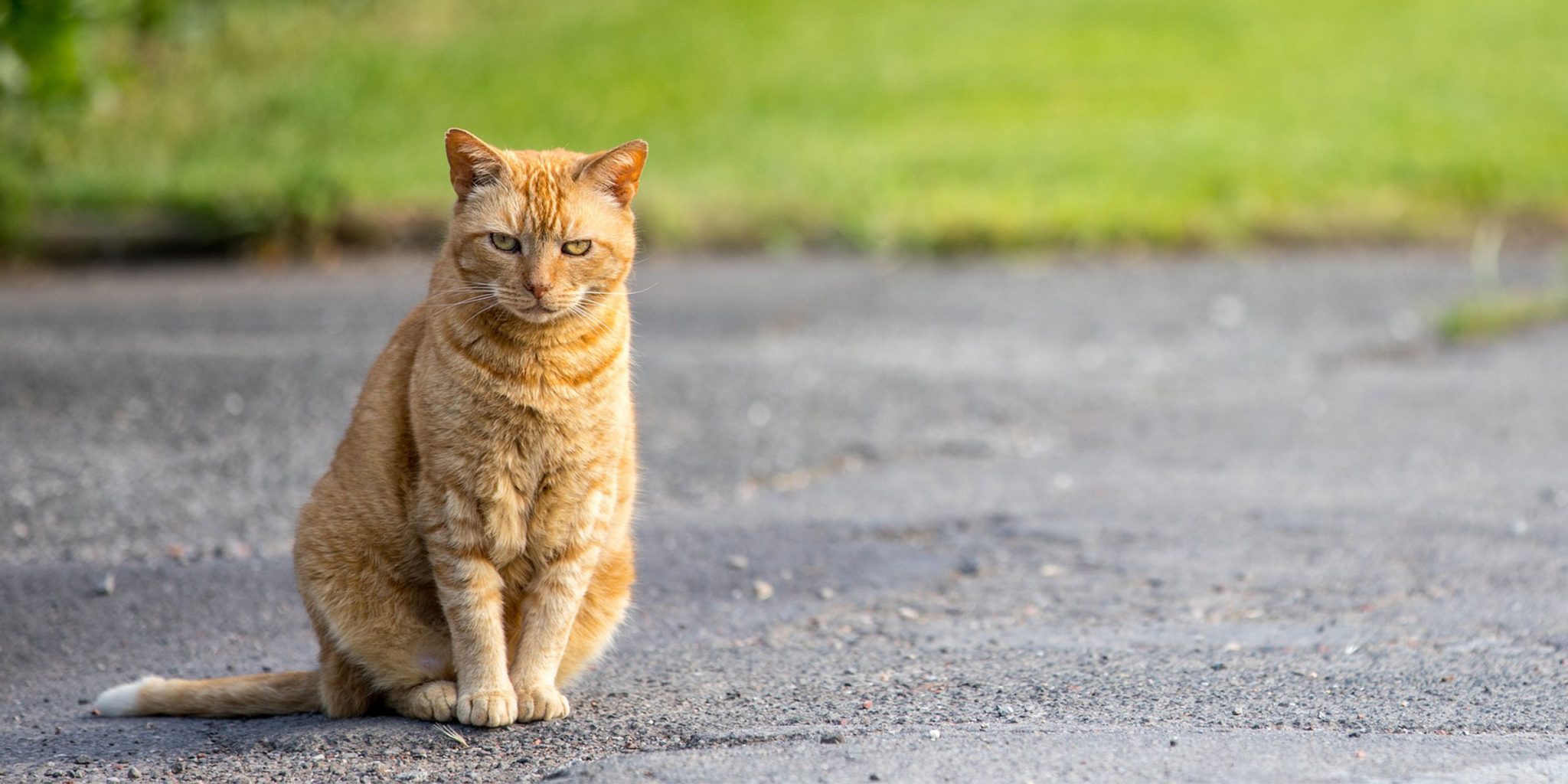 What were the main findings of the study?

Of all the cats surveyed, a comparatively low percentage of cats (3.9%) were reported to have had a RTA by 12 months of age. Of these cats, most were older than 6 months when the RTA it took place, which is probably reflective of the fact that most owners may wait until the cat the cat is 6 months old before letting them out. The majority of RTA’s (74.5%) were reported as being fatal to the cat, with 17% being non-fatal but involving serious injuries that required veterinary treatment.

Interestingly, the authors did not find any links between the sex of the cat, their neuter status or coat colour and increased RTA risk. This is despite male, unneutered cats often being perceived as being more ‘at risk’ because they may roam further, and black cats because they could be harder for drivers to spot.

Some of the results were also a little surprising. Of all the variables analysed, the study found that the only factors to successfully predict a greater RTA risk were the cat’s hunting behaviour, the location of the owner’s home, and the type of road next to the home. They found that:

Whilst these results might seem a little unexpected or counterintuitive, the authors suggest that the cats that live in more rural locations (where you’d expect less traffic) are actually more at risk, because it’s much harder for them to learn the ‘rules of the road’. Long, straight country roads may also encourage drivers to go faster. Basically, the traffic that the country living cats have to contend with is probably a lot more sporadic and unpredictable, with cars potentially going past at higher speeds on straighter and longer lengths of road. This might make it very difficult for these country cats to learn when it’s safe for them to cross or not, and perhaps also for drivers to stop in time if they see a cat crossing.

Why is this study useful?

This study highlights several important factors which may increase a cat’s risk of a RTA. Interestingly, some of these are in contrast to common beliefs that may be held by cat owners or those working in homing centres. These results can therefore help us to ensure that we are not unnecessarily excluding people from cat ownership because they live by a ‘busy’ road. It may also prevent people from enforcing that a cat must stay indoors for their safety, where the actual risk of an RTA might be very low, and the cat may otherwise benefit greatly from being able to venture outdoors.

However, due to the broad nature of the study, only basic information about the cat’s environment, their hunting behaviour, and their patterns of outdoor access were recorded. These also relied on owner observations and their reporting, and as such, various important bits of information may have been missed. In addition, the study only included cats up to 12 months of age and we do not know how their road crossing behaviour may have changed with age. Finally, the study was UK based and thus we do not know whether the results would be mirrored in other countries where the environment may differ somewhat.

So, should I let my cat outdoors?

As loving cat owners, we want the very best for our pet cats. Of course, this is not just about keeping them physically safe, but also about making sure they have a positive, stimulating environment, and good quality of life. At iCatCare, we believe good cat welfare takes into account both the physical health and the mental wellbeing of the cat.  Thus, consideration of outdoor access for a cat (whether or not to do so and if so, how and when) requires equal thought to both the implications on both a cat’s physical health and mental wellbeing to ensure cat welfare is at the heart of the decision.  If you are unsure what’s best for your cat regarding outdoor access or not, we have a number of pages on the advice section of our website.