Whilst compulsory dog microchipping has been enshrined in UK law since 2016, there is currently no equivalent legislation covering the microchipping of cats – despite animal welfare charities and organisations including Mayhew unanimously backing such a move.

Microchipping owned animals has multiple benefits for the owner, the pet itself and rehoming organisations; including but not limited to:

Together with our fellow animal welfare charities, we believe that all owned cats should be microchipped by 16 weeks of age, unless there is an applicable health exception certified by a practising vet. We are extremely confident that this would have a positive impact on cats, owners and rescue shelters throughout the UK, and we have fed our thoughts and research into an ongoing government consultation on the matter.

Why should owned cats be microchipped?

The key advantage to making microchipping compulsory would be to drive up the number of owned cats who are microchipped. Although animal welfare organisations and vets are recommending microchipping to all owners, only 70% of cats are currently assumed to have a microchip, and of those, many will be carrying around outdated details.

Our own experience actually shows the percentage of owned or previously owned microchipped cats to be much lower than 70% – of the 228 stray cats admitted to Mayhew last year, only 20 were microchipped. Of these 20, we were able to return 50% to their owners, whilst the remaining half were rehomed due to incomplete or missing chip details, or because their previous owners were sadly longer able to cope with their care.

In addition to the benefits outlined above, compulsory microchipping would make it easier to collect and collate data on pet ownership; which in turn could then help inform how charities like Mayhew can support cats and cat owners in our local communities.

Microchipping is also a safer and more reliable method of identification than using collars, which can often fall off or become too tight and injure or suffocate the cat, especially if an animal is lost or straying over a longer period of time. 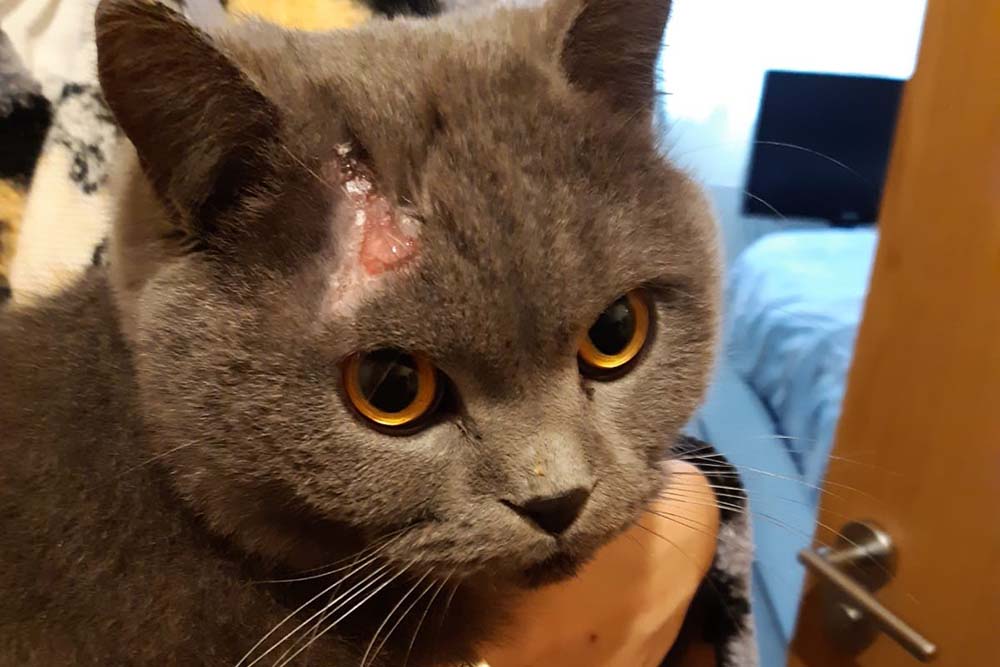 For some cats, an up-to-date microchip can be the difference between life and death, as injured animals who are able to be identified can be quickly reunited with an owner and registered vet, who can then administer treatment. Cats who are not microchipped must rely on luck and the ability of strangers or charities to help them, as was the case with poor Graham recently.

Three-year-old Graham was in a poor state when he was found in a member of the public’s garden at the end of last year. He had open weeping wounds on his neck, back and ear; appeared anxious and scared, and was obviously in a significant amount of pain.

The member of the public contacted a private vet she knew of, but unfortunately could not secure any treatment for Graham – so, unsure what to do next, she trapped him in her bathroom so that he would not come to any further harm and called Mayhew for advice.

We immediately agreed to go out and collect Graham, and admitted him as an emergency case whilst we tended to his wounds. We discovered on intake that Graham was not microchipped and did not have a collar, so we also put up posters in the neighbourhood he was found in in case his owner lived nearby and was worried about him.

Thankfully, our vets were able to treat Graham’s injuries, and whilst he settled down well in our Cattery and enjoyed a smooth recovery period, unfortunately nobody came forward to claim him. We therefore placed him in foster care as soon as he was well enough to be up and about, and we plan to list him for rehoming as soon as he is ready.

We’ll never know if Graham’s owner misses him or would have taken him back in, as without a microchip there was no way of tracking down whoever they may be.

We have however now chipped Graham in advance of him finding a brand new home, and will ensure his details are updated as soon as his is adopted so that this cannot happen again. 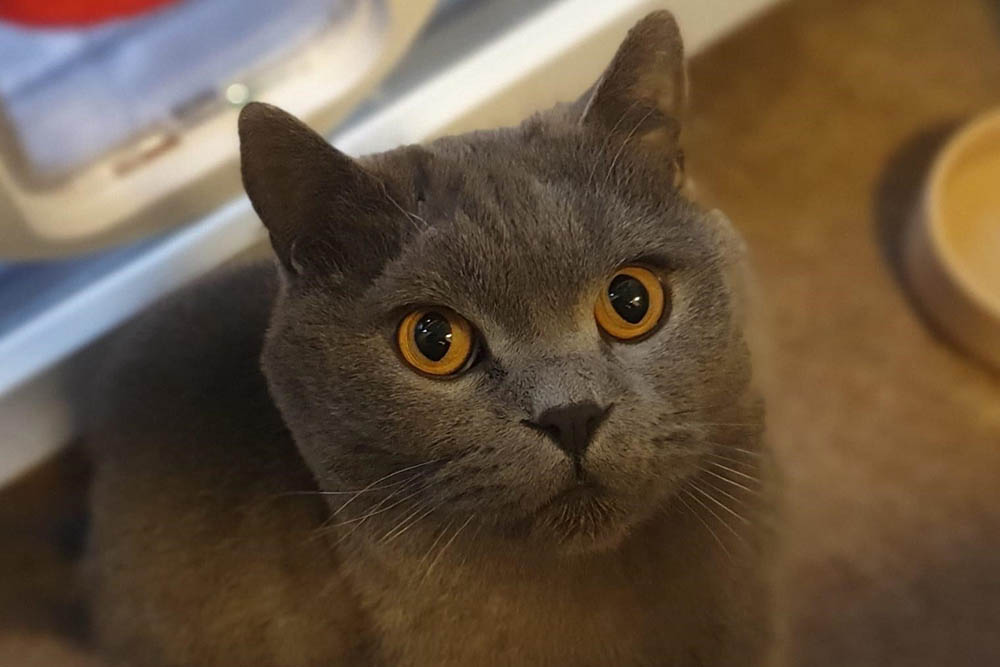 We are very much hoping that the ongoing government consultation will result in compulsory microchipping legislation for cats, and fully support strengthening the codes of practice that will enable adherence to such a law. Animal welfare organisations have been consistently promoting the importance of microchipping for many years already, and having this requirement enshrined will communicate that microchipping is an essential, not optional, part of cat ownership.

Although we remained closed to the public for much of 2020, we did manage to microchip 616 animals in our community vet clinic – 439 of them welfare cases, including the stray cats mentioned earlier, and a further 177 were outpatient appointments.

This means that over 600 animals in London now have a higher chance of staying happy and healthy with their loving owners into 2021 and beyond.

To find out more about Mayhew’s microchipping services, please visit our websit here – and please bear in mind we are currently operating a limited service at our on-site veterinary clinic due to the ongoing pandemic. More information about that can be found here, and we hope to be able to update you all soon with our own roadmap to reopening.