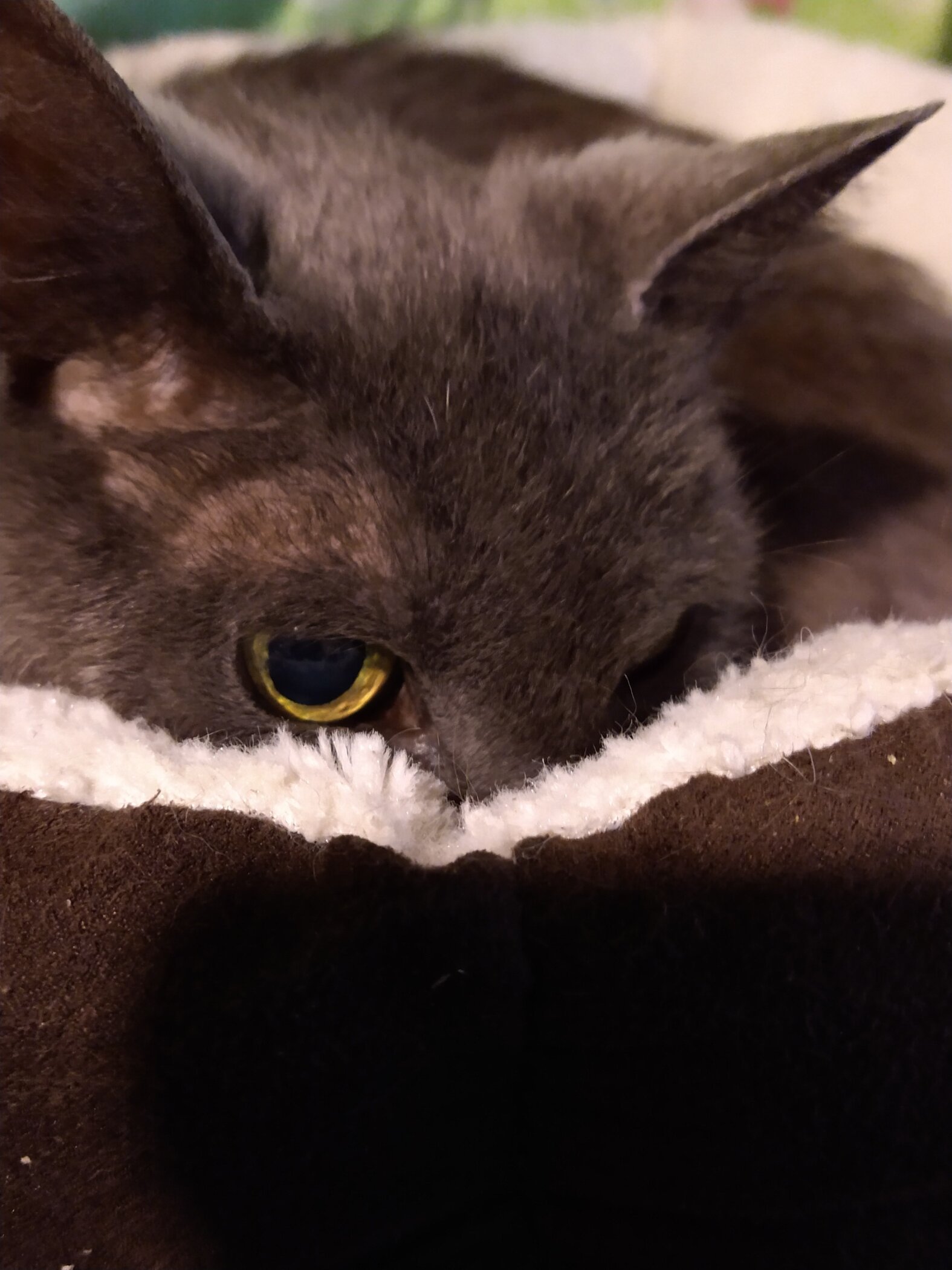 THE STORY OF JAIMZ, A CAT ABANDONED, by Mollie Hunt, Cat Writer

I have a new foster cat! He is underweight, hyperthyroid, and shy. He is also sweet, gentle, and a big purr-boy. His name is Jaimz.

That’s his new name, because when he was brought into the Oregon Humane Society, he was only known as Gray Cat.

Jaimz has a sad story, one too often heard these days. He was abandoned by his people when they moved. The OHS docs think the small cat spent a lot of time outside before a neighbor finally turned him over to the shelter.

Whenever I get a new foster cat, I can’t wait to tell my Facebook friends all about him, so I put up this post:

“Meet Jaimz! He was left behind when his former people moved. He shy but purry.”

When I wrote those few short sentences, I had no idea of what an incendiary effect they would have on the thread.

But I should have known, because I would have thought the same things had I read the story from someone else. I can never condone walking out on a pet—just leaving them to fend for themselves in ways they are totally unprepared to do. It’s cruel, neglectful, and abusive, and goes against that unwritten contract between adopter and adoptee: Adoption Is Forever. If for some reason we can no longer care for our pet, it’s still our responsibility to see that they go to someone who can. 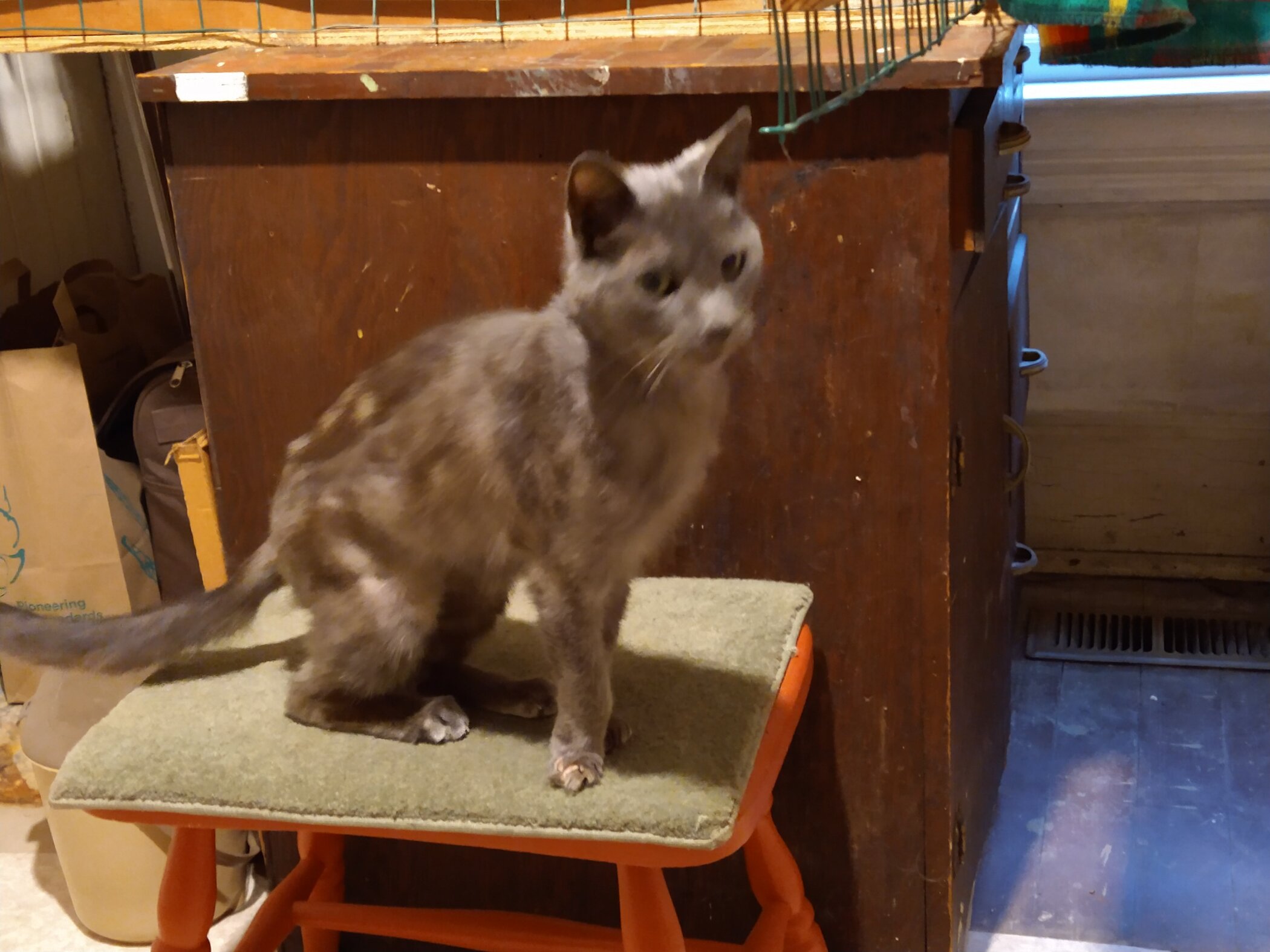 Some people don’t realize what happens when they cast a cat out on their own. They think that because feral cats get along without human assistance, any cat can. There are two misconceptions: Firstly, feral colonies are harsh places and fare much better with the help of human caregivers. Secondly, cats who have lived as house pets do not just suddenly gain the skills to live in the urban wild.

Many house cats have rarely, or never, been outside. Their meals are served to them. Their biggest adversaries may be a fellow pet. Their hunting experience is limited to feather wands and catnip mousies. Their fur is conditioned by our human comfort zone. No, pet cats are ill prepared to be dumped out of their home. Most will suffer, and some will die.

So I agreed with my friends who left replies such as: “How does someone leave someone so sweet and innocent??????” “I hate people!” “There needs to be a special lace in hell for people who abandon their pets.” “WTF? That’s such an awful thing to do…” “What Heartless monsters!”

But there is another side—the side of the movers.

Sometimes as cat people we can be quick to judge. I, for one, tend to care more about cats than humans. Humans have choice, free will, and society on their side; pets have only us. But without knowing what drove these people to leave their 8-year-old cat behind, we might, instead of berating them, try to be our better selves and allow them a bit of mercy. Who knows what happened? Maybe they got Covid. Maybe they lost their home and had to go onto the streets. Maybe they got arrested in the Capitol riot. Maybe, maybe, maybe… We are living in hard and scary times.

Why didn’t Jaimz’s people relinquish him to a shelter where he would be cared for and rehomed to someone who would want and love him? That’s where my sympathy wears thin. The Portland area has several wonderful shelters that take cats. It may require a phone call, a waiting period, or a donation, but every one of those places would rather do their best to help rather than turn away a healthy pet. 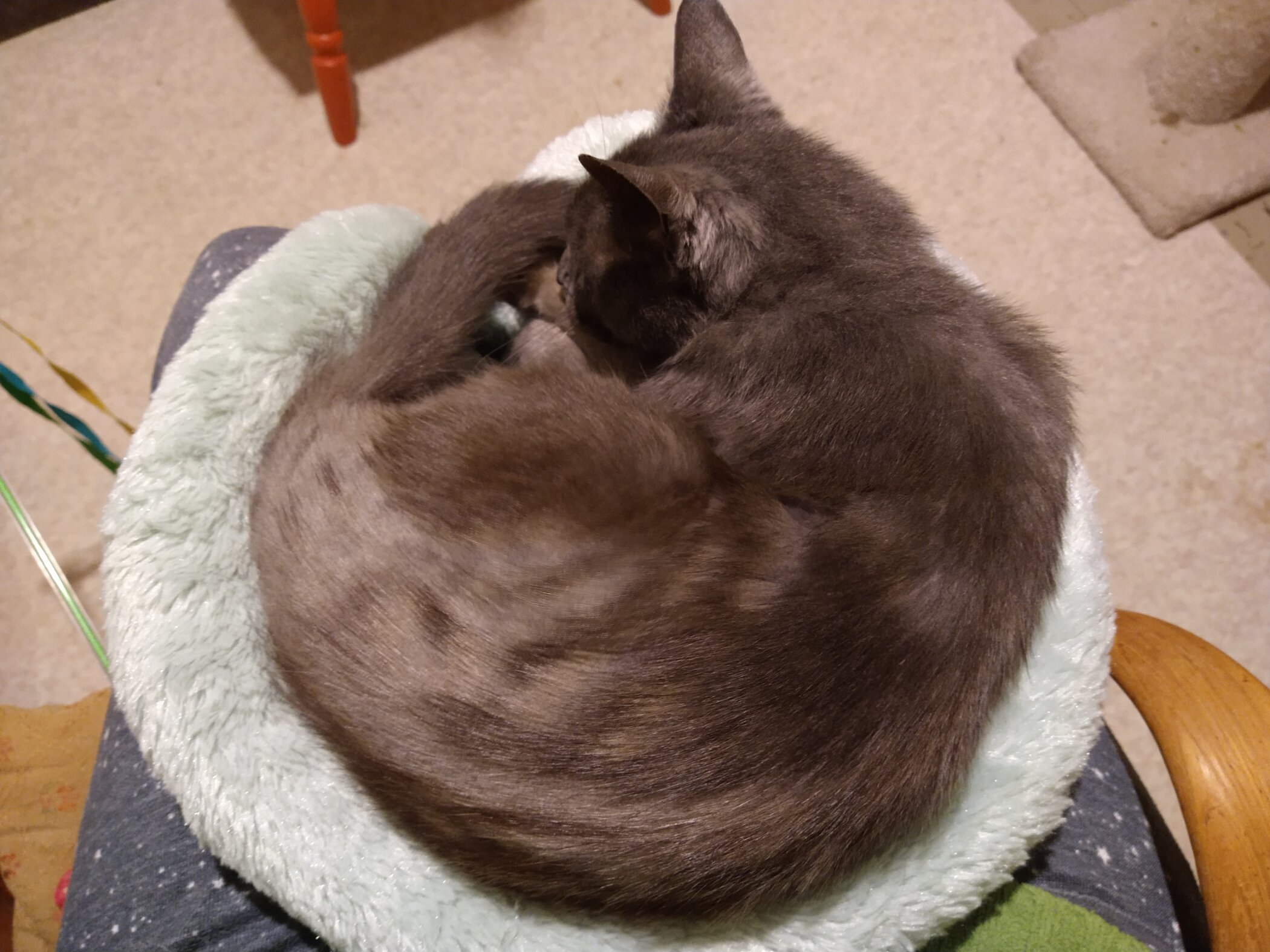 Jaimz is safe now because a good Samaritan took the initiative to bring him to OHS. He will never have to live on the streets again or go hungry. He will have his medical needs met. He will be loved and pampered into his senior years. I give my most heartfelt thanks to the people who brought him into the shelter. For those who left him, not so much!

If you need to rehome a pet, contact all your local shelters.

Abandonment is not an option.

7 thoughts on “The Story of Jaimz, a cat Abandoned”