Please find below a guest story from Gene:

A tiny face, pink nose and big eyes peered out from a shelter’s cage. Our volunteer quickly pointed out she was to be euthanized the following day. We put aside thoughts of the kitties we’d considered. Let’s take that little calico and name her Gypsy. The adventure had begun! 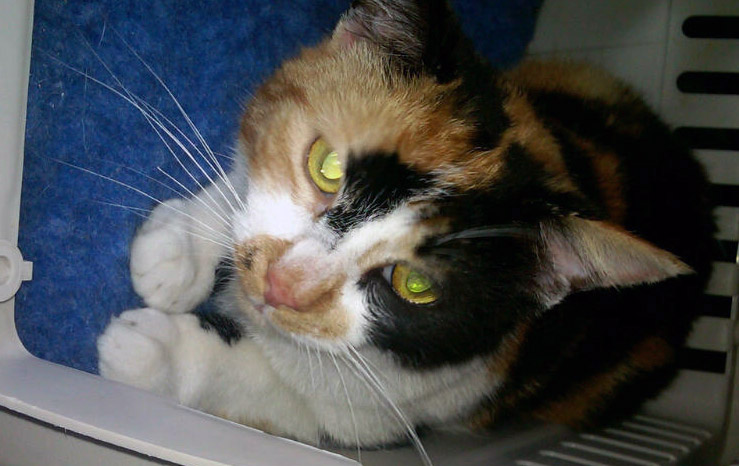 April, 2011 as the world watched the prince marry the princess, Gypsy’s first night was spent making herself at home. Loudly. Seemingly every minute. We believed camping on the living room floor with Gypsy would calm her down. Not! We both thought, but never said, “What have we done?” We had Gypsy. That is all that mattered. 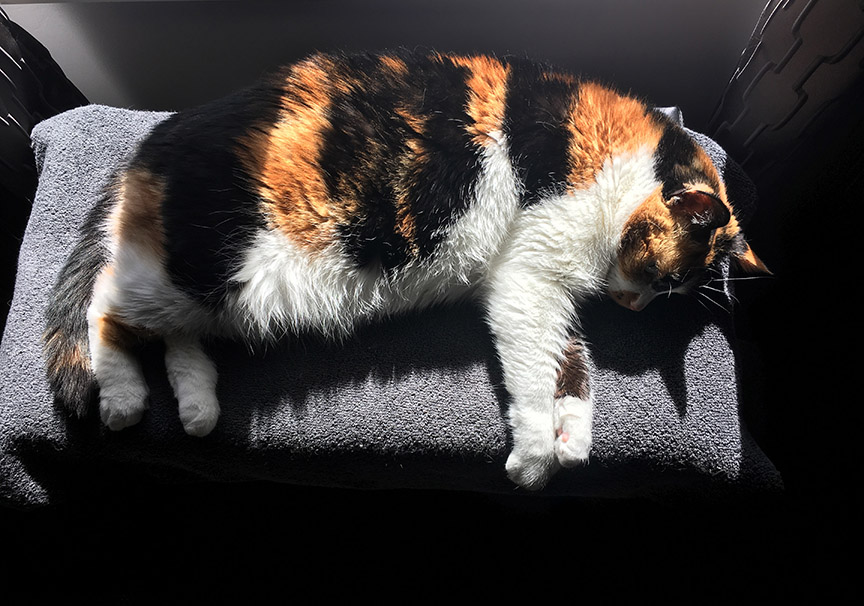 She inherited an older sister, a tuxedo called Schumi. Was it love at first sight? Not really. They slept together, played together and did all the things kitties do. From time-to-time Gypsy became a whirling dervish tearing through the house with no rhyme or reason. Schumi would start with Gypsy and then sit back and watch her as if she were crazy.

Over time, Gypsy has become the most loving of cats. She has her snuggling routines and likes nothing more that to stretch out in front of the fireplace for a good long snooze. As an indoor cat her adventures are limited to a basketful of toys, lots of tummy rubs, and an occasional encounter with a robe tie. There’s still a romp around the house, but as she gets older the toys and romps are less frequent. Tummy rubs are always on the menu but the diabetic needles are now commonplace. 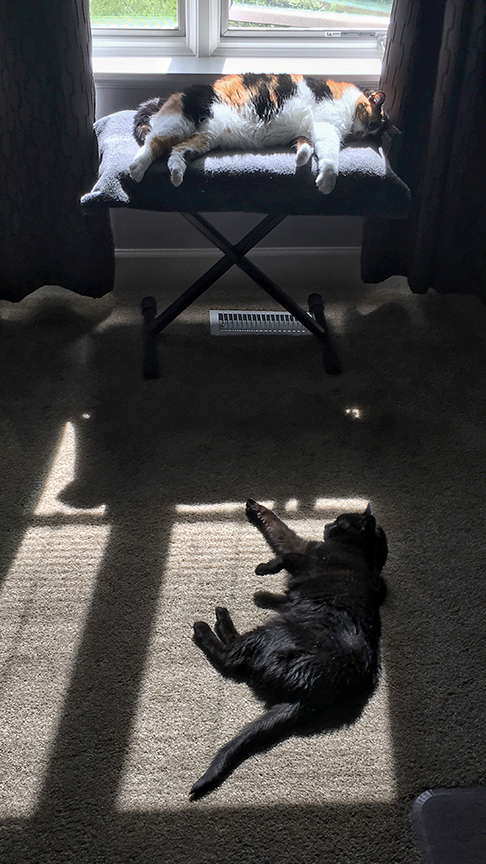 Moving from the East to our home in Utah was a first class flight. The cats sat up front with us. Gypsy now bears the title of “first class kitty.” Always has been. Always will be.

If you have a story to share why not drop us an email to info@katzenworld.co.uk