Please find below the latest entry in our guest star stories by Lynn about her cat Wisteria:

My cat’s name is Wisteria, the Mysterious, and she thinks she’s a super sleuth. In truth she is a secret covert ops agent and pawtects the meowborhood from meowrauding squirrels and the occasional June bug. She started her agency on a shoestring shortly after the surgeon had removed it from her intestines. She regretted her ill-advised ingestion of said string. 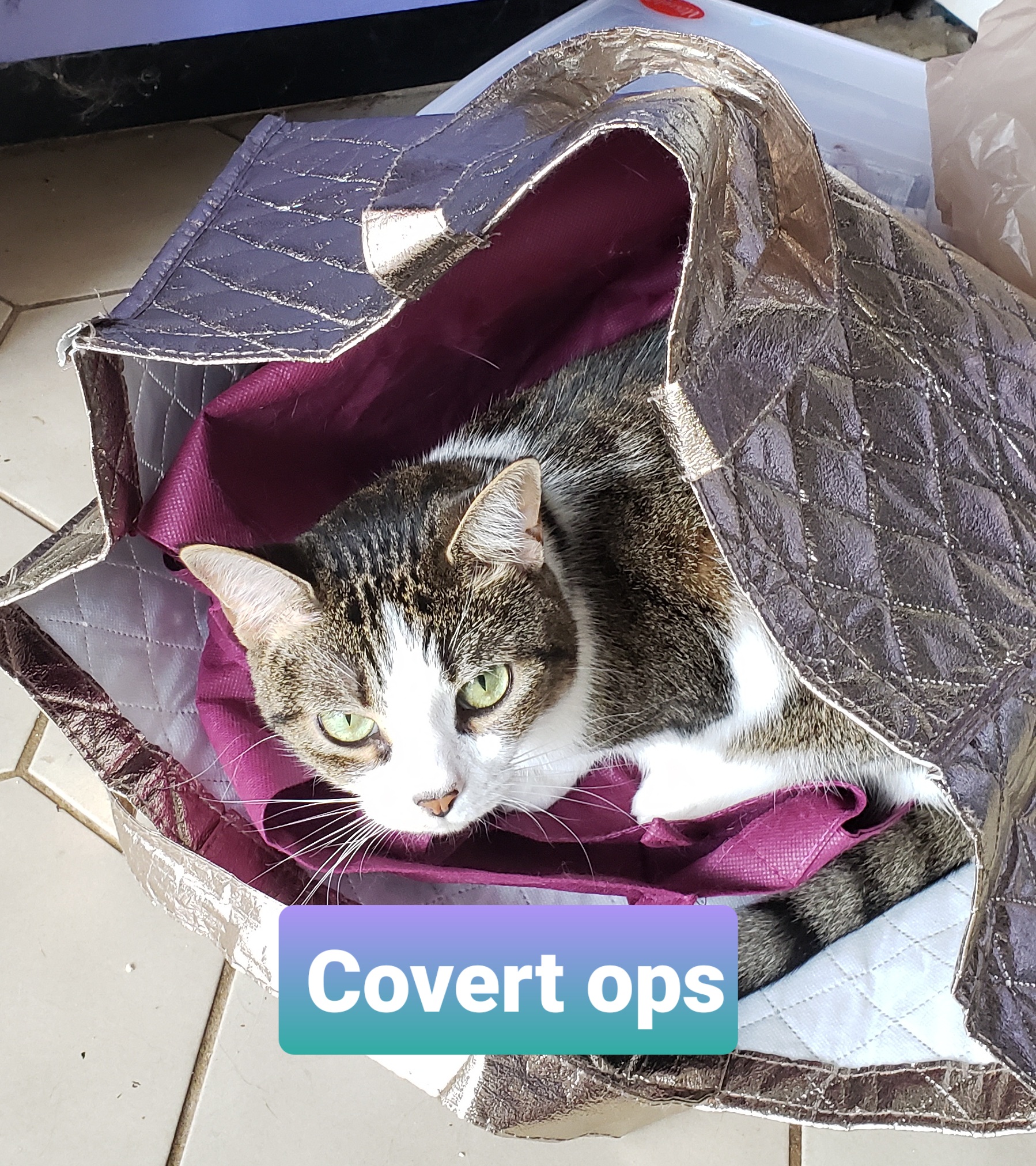 Her employees had been the surreptitious ibises and the assorted enigmeowtic salamanders. The salamanders are on strike, however. When they had asked for their meowney, she ate them; a reasonable way to meowntain a low overhead. 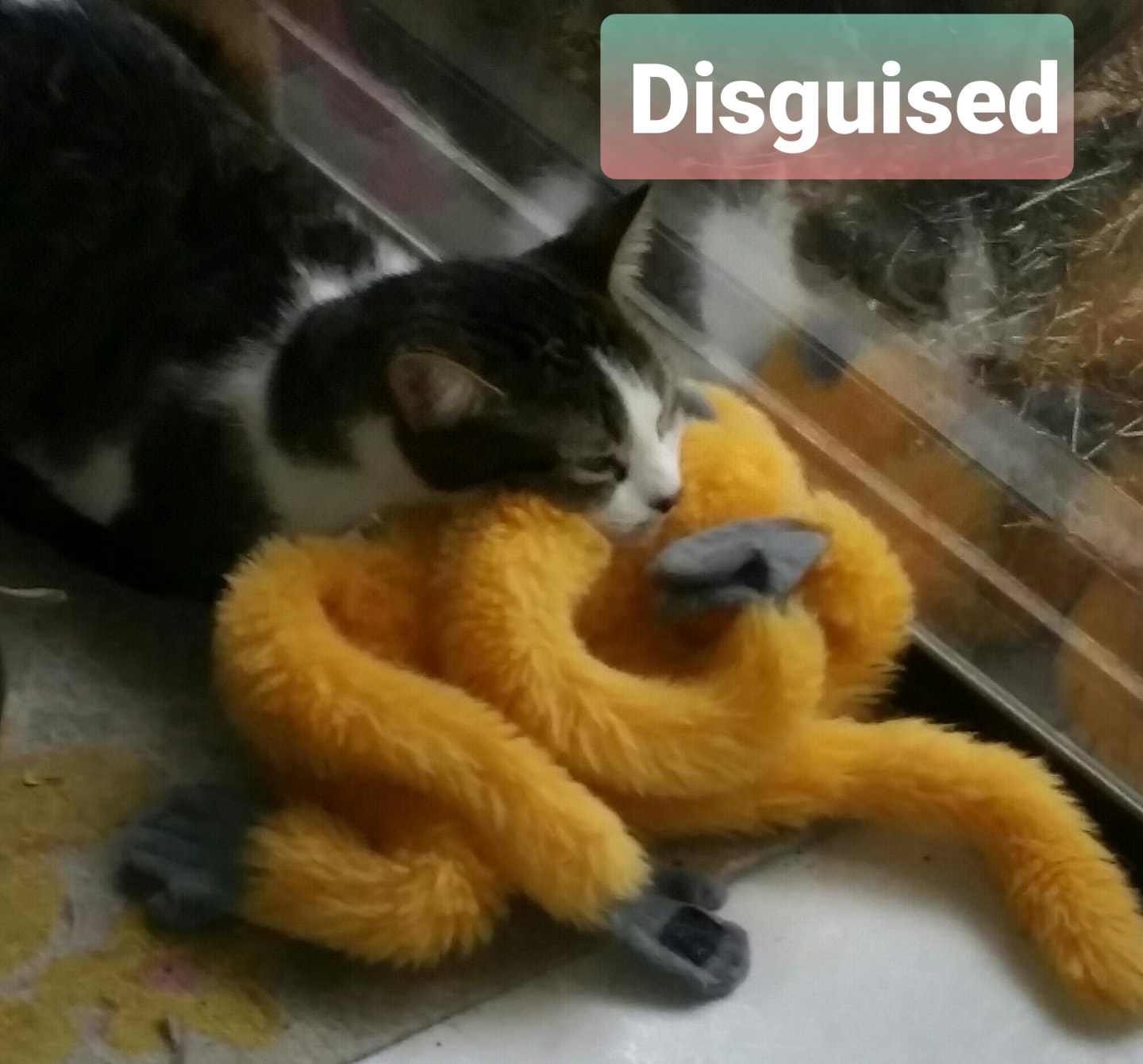 Wisteria the Mysterious had just returned from her latest investigation-a foray into the Forbidden Zone beyond the patio wall. When I found her, I was diguised in a meowsk and a head covering which she had never seen. Being an astute cat, she recognized me. After a brief meowment of indecision, she realized I was not the culprit she was seeking. 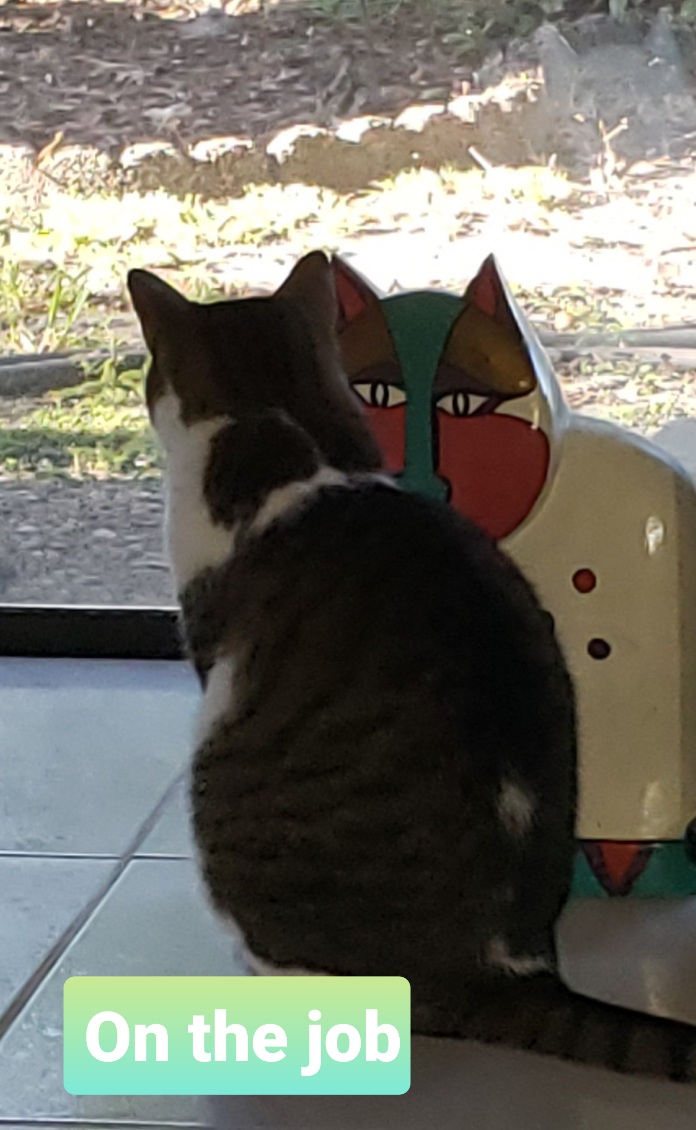 However, in her quest to ascertain the lay of the land and gather informeowtion for her spy ring, she climbed a tree in the Forbidden Zone. Not being the intrepid explorer that she had envisioned herself to be, she was pawzzled how to descend. She jumped down clumsily, and I rescued her from the bushes reprimeownding her for her recklessness.

As her meowmmy, I am a pawtner in her enterprise, but she makes all the meowjor decisions. Her sister is totally disinterested in these spy shenanigans and ignores Wisteria’s attempts to engage her in code speak.