Like most things, our annual Christmas carol concert looked a little different this year – but was nonetheless filled with festive warmth and cheer, as guests tuned in from the comfort of their living rooms to listen to speeches, songs and recordings from a wide array of celebrity supporters! 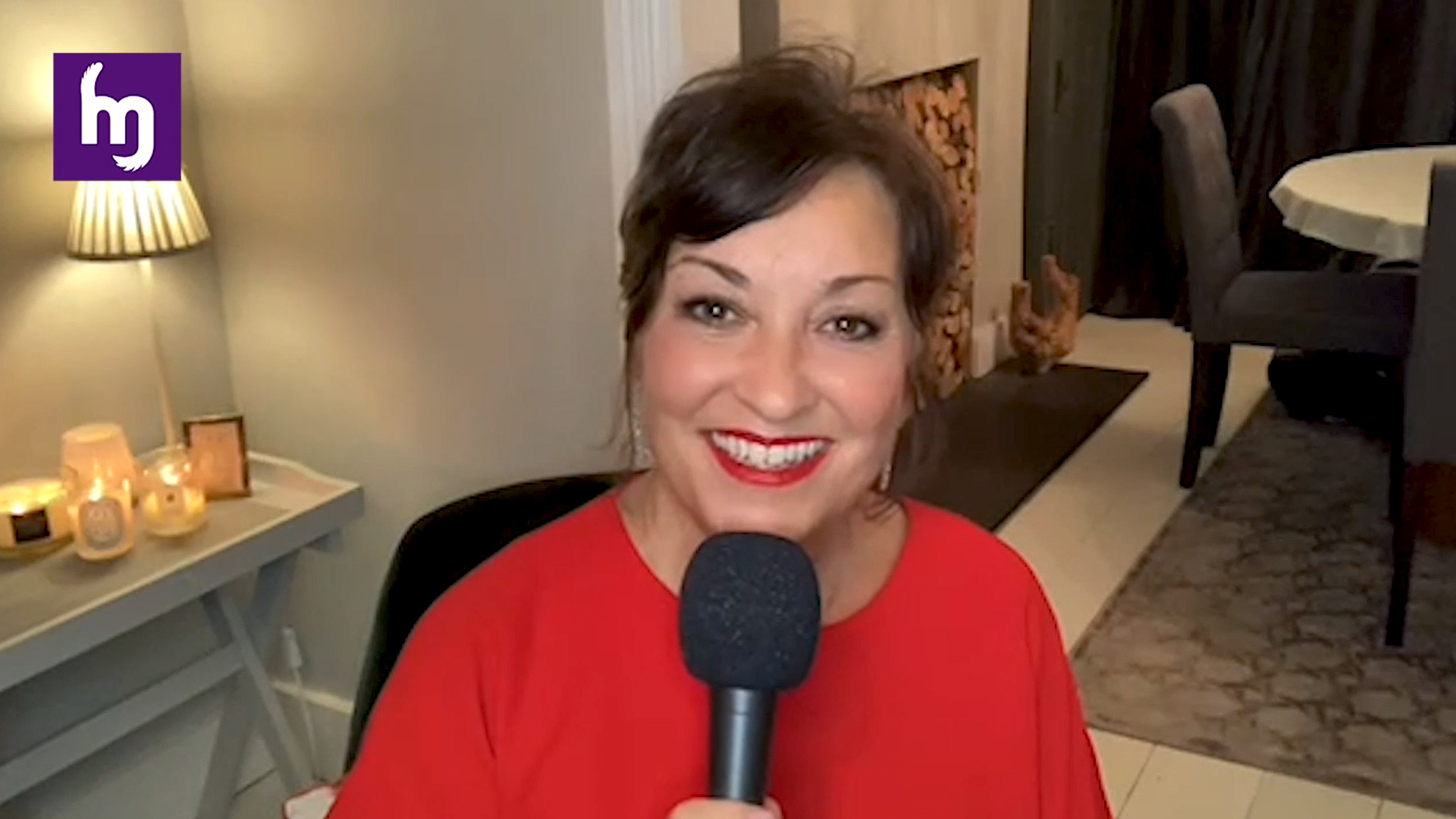 Sophie Ellis-Bextor said “The Mayhew is practically part of our family, as we have two ex-Mayhew cats, Kenickie and Rizzo, who are now the grand old age of 16.

“We also used to live round the corner, and we loved the atmosphere so much that my then 4 year old boy Sonny decided one birthday he wanted to collect money for the charity rather than get presents. It’s such a special place and I’m very happy to be a part of their carols this Christmas.”

Jodie Prenger added “There was no lockdown at this event – just a whole lotta love and festive spirit! I know things are going to be different this year, but support for the work of Mayhew is vital. Let’s all try and make a difference, let’s brighten up an animal’s life this Christmas.”

Throughout the night, which was sponsored by Pets Pyjamas and Pedigree Pens, guests were able to watch streamed videos showcasing the vital work we do to help dogs, cats and people in our local community; and virtually meet some of the animals who we have supported over the past year.

Cyril, an eight-year-old male Pomeranian, came to us after being attacked by another dog. He was covered in deep wounds, had heavily matted fur and was missing a couple of teeth. We suspected that he had been kept in poor quality conditions on a puppy farm, and had possibly been used for breeding.

Whilst settling him into a warm and cosy cabin to begin his recovery, our Kennels team noticed that Cyril showed signs of psychological trauma as he repeatedly walked in tight circles – indicating he’d previously been confined to an extremely small area.He was also incredibly possessive of any food and toys that were given to him, and we surmised that this was most likely a sign he had been mistreated and neglected over a long period of time.

We were determined to help bring Cyril out of his shell, and started a gentle rehabilitation programme as well as prescribing treatment for his wounds – and happily, our care and dedication soon began to reap rewards.

We are delighted to say that after a few months at Mayhew, Cyril was well enough to be rehomed, and is now living a life of luxury with his loving forever family.

We also took a moment to remember beloved four-legged friends who are no longer with us, by reading aloud selected tributes left on our virtual Memory Tree.

Mayhew’s CEO Caroline Yates then shared a special festive message with viewers, introducing them to 13 year old Barnaby who recently settled into a new furever home just in time for Christmas.

Actress, writer and comedian Diane Morgan also appeared on screen with her very own rescue dog Bobby, and spoke to viewers about the importance of ‘adopt don’t shop’.

Diane said “I support Mayhew because getting a rescue dog was the best thing I ever did. I’d take them all if I could!!” 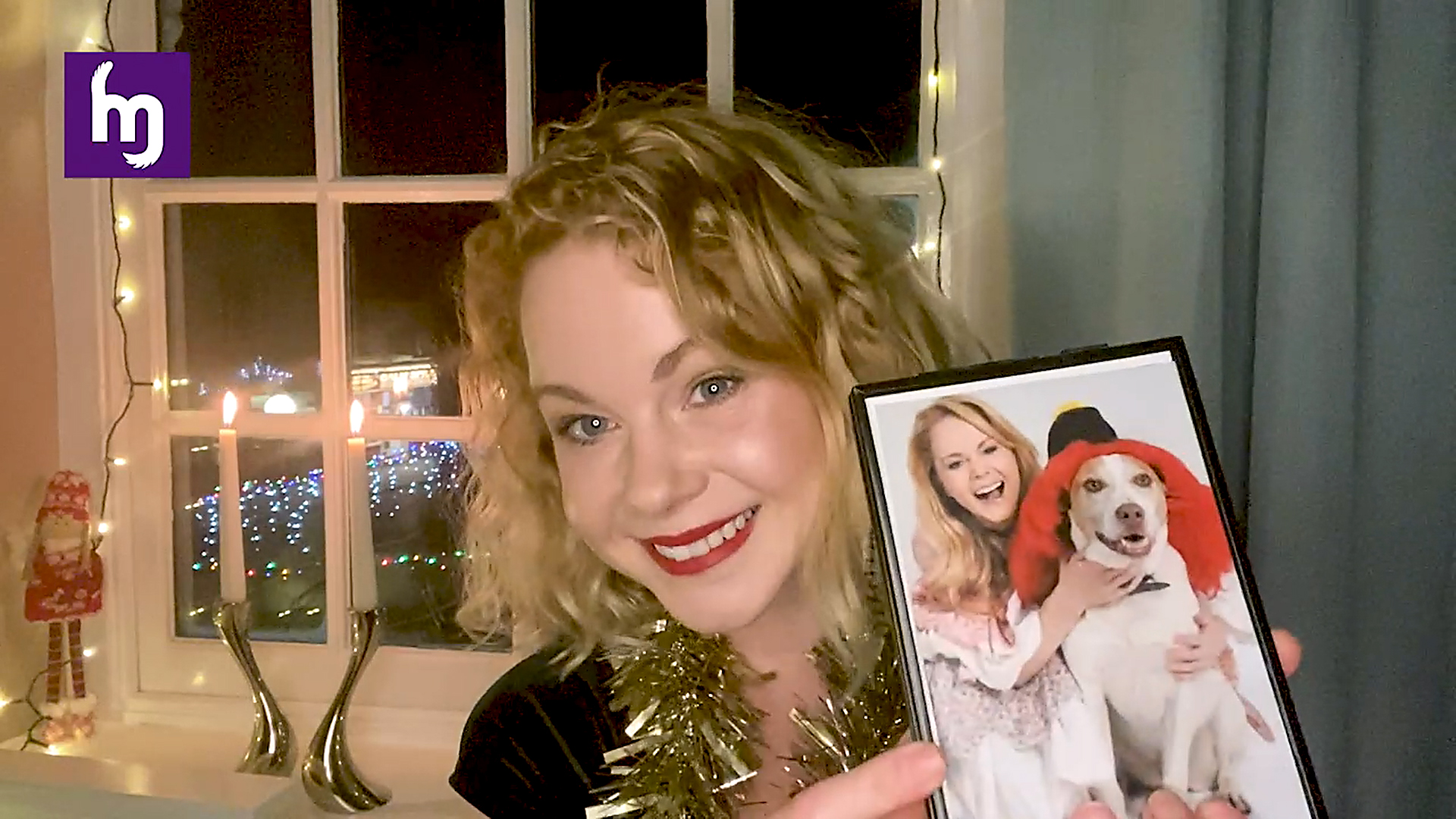 In true festive fashion, we tried hard to replicate the fun and games of previous years concerts by holding a virtual raffle draw, which was hosted by actress and proud owner of Mayhew legend ‘Eric Cantona’, Laura Aikman. Amongst the prizes to be won was a chance to have a stunning pet portrait painted by local artist Sarah Jones Keyworth, and a set of quirky knitted Poldark figures donated by KwerkyKnits.

We are absolutely thrilled to have raised a whopping £4,830 on the night, and can’t thank everyone for their generosity and kindness enough.

Whilst everyone is hopefully now in higher festive spirits, our Animal Welfare Officers are still working tirelessly to support vulnerable pet owners in the community. They’re committed to delivering food, litter, warm coats and flea and worm treatment to those in need of a little extra help this Christmas, as well as continuing to work on the frontline rescuing and rehabilitating lost, abandoned and injured cats and dogs in our community.

You can find out more about the work they’ll be doing and why we need your help here, and if you haven’t already donated, you can text ‘Mayhew’ and the amount you would like to donate 70085. Texts are charged at the standard network rate and there is a cap of £20 per text donation.

As is the case with many charities, we have been hit hard by the pandemic and receive no government funding. We desperately need your support to keep our vital services going.

We are incredibly grateful to Burns Pet Nutrition for supplying the food for our cats, dogs and rehoming packs this year, and everyone else who has pulled together to make 2020 as good as it can be under the circumstances.

Here’s hoping for a happier and healthier 2021 – Merry Christmas to one and all!

One thought on “Miriam Margolyes, Arlene Philips and Sophie Ellis-Bextor join Mayhew in an Extra-special Virtual Carols Service This Christmas!”