Nobody noticed the grey cat sitting on the curb. But the cat was watching them. Watching how things were going down. His tail switched a little, stirring up a few dried leaves that had come to rest in the gutter. The voices of the people rose in volume as they chanted. His ears swiveled, and then lay flat against his head.

The cat’s tail switched some more as he waited for the protesters to march past. His flattened ears rotated forward as he heard another sound. A sound not quite as old as the time he moved through, but the emotions that prompted its arrival were familiar. The fear, the anger, the hatred, the judgment; the grey cat had witnessed it thousands of times before.

The people with the waving signs and raised fists stopped short at the metal clanging sounds, their voices stilled by the dull thuds coming towards them. The thuds vibrated the sidewalk underneath the cat, and he could tell that whatever was coming meant business. Serious business. Still, the dedicated protesters pressed forward, resuming their chanting and sign-waving. The cat knew what the people were walking into. Just as he knew he shouldn’t sit and wait any longer. He had to run. The grey cat bolted down the sidewalk, leaping through the air and barely even leaving a shadow behind him as he ran. 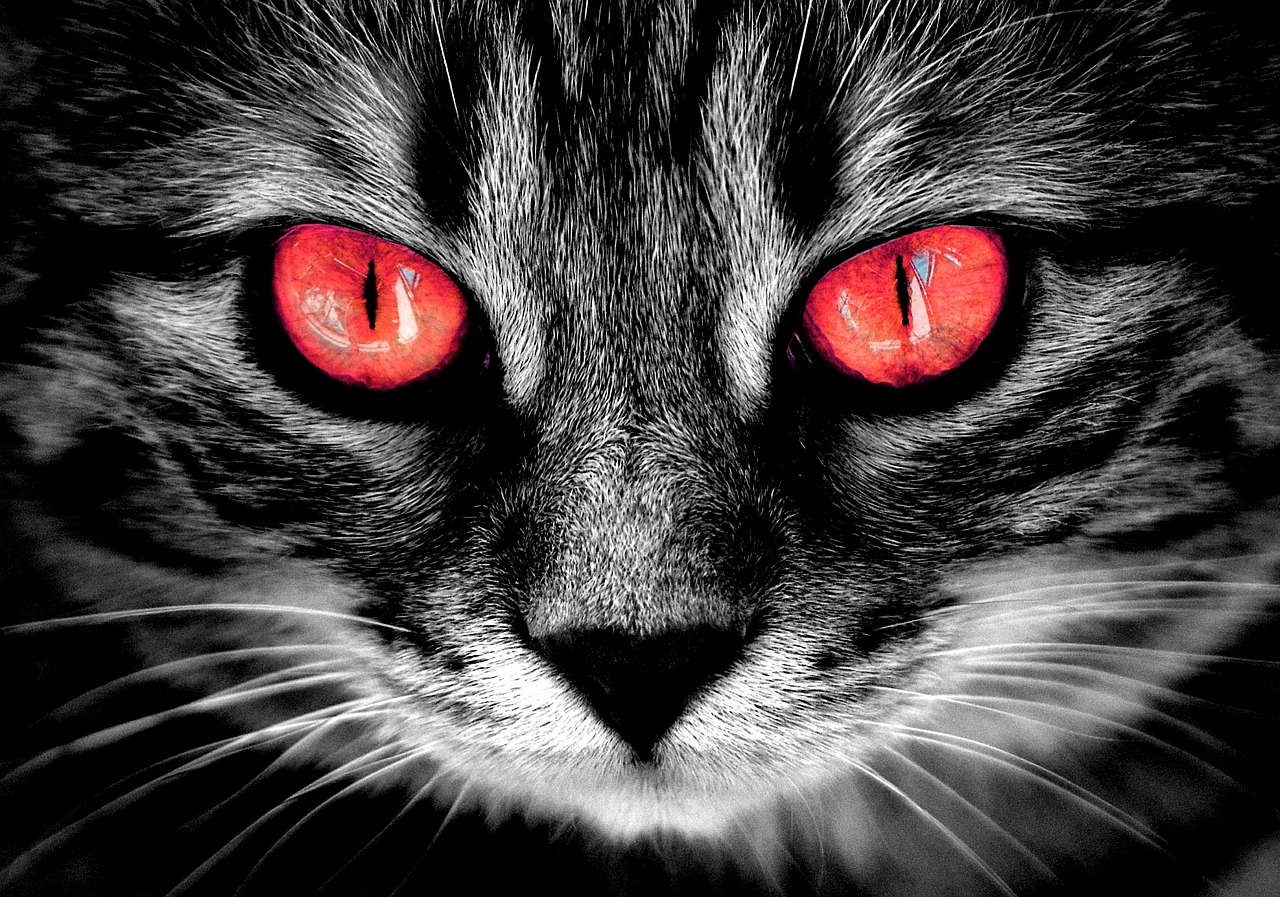 Still no-one saw the grey cat. But he saw them. Saw them stomping forward in this century’s version of armor and helmets. And weapons. The cat skidded to a halt, trying to find another way out. But all he saw were more armored soldiers with raised weapons. And the grey cat knew, then, what he had to do. His tail nearly touched the ground in fear, but he slunk forward anyway. He walked right out into the street. Right between the armed soldiers and the protesters. His skittering nerves made his skin crawl, as if he was covered in hungry fleas. A ridge of fur rose along his back and his drooping tail fluffed up. His raised fur prickled his skin until he couldn’t bear the feeling any more. The grey cat sat down in the middle of the road and began grooming himself. Silence fell over the opposing sides. The only sound he could hear was the rasping of his own tongue as it attempted to smooth down his fear-hackled coat.

The grey cat stopped grooming himself and turned a watchful eye towards the line of soldiers. His green eyes stared at them unflinchingly. He watched, and waited, his tail twitching a little against the pavement. Something bright flashed off to his side. He stole a quick glance at this potential new threat. The wave of people on the sidewalk had stopped, holding flashing boxes, and some were talking into strange objects as they, too, watched what was going down. Soon, there was a crowd of people on either side of the street.

The grey cat turned his attention back to the soldiers. A low murmur rippled up and down the black line of armor and shields, almost like a growl. His fur began to edge up again and he stood and arched his back. He growled in response to the menacing sounds the soldiers had started to make. Slowly, the soldiers lowered their weapons. The grey cat eyed them. Then, suddenly, the way forward was clear. The armored black wall in front of him yielded to the cat’s intimidating stance. The cat stepped through the growing gap in between the soldiers, his fluffed-up tail held high.

Behind him, he heard the protestors start up their chant again. They surged past the soldiers, surrounding the cat on all sides. The grey cat ducked and wove through their marching feet. No-one noticed as the cat made it to the other side of the road, away from the protesters. He hopped up onto the safety of a stair railing. He watched the history take place on the street. And the only one that was watching him, now, was a little girl with braided hair.

She tugged on her daddy’s hand and squealed “Kitty” right before the cat faded from view. But her daddy didn’t hear her. No-one did, as the voices of the people rose up in unison, righteously reminding the world that voices like hers, even young and unheard, mattered.