A hero NHS nurse from Northfield, Birmingham, has been reunited with her cat, Oliver, nearly three years after he went missing.

Francesca (35), burst into tears of joy when she received the call from PDSA to say that Oliver had been found, with his microchip confirming it was her 11-year-old black cat who was last seen in August 2017.

The heart-warming news came at a welcome time for Francesca, who has been working as a nurse at a Birmingham NHS Trust during the coronavirus crisis. 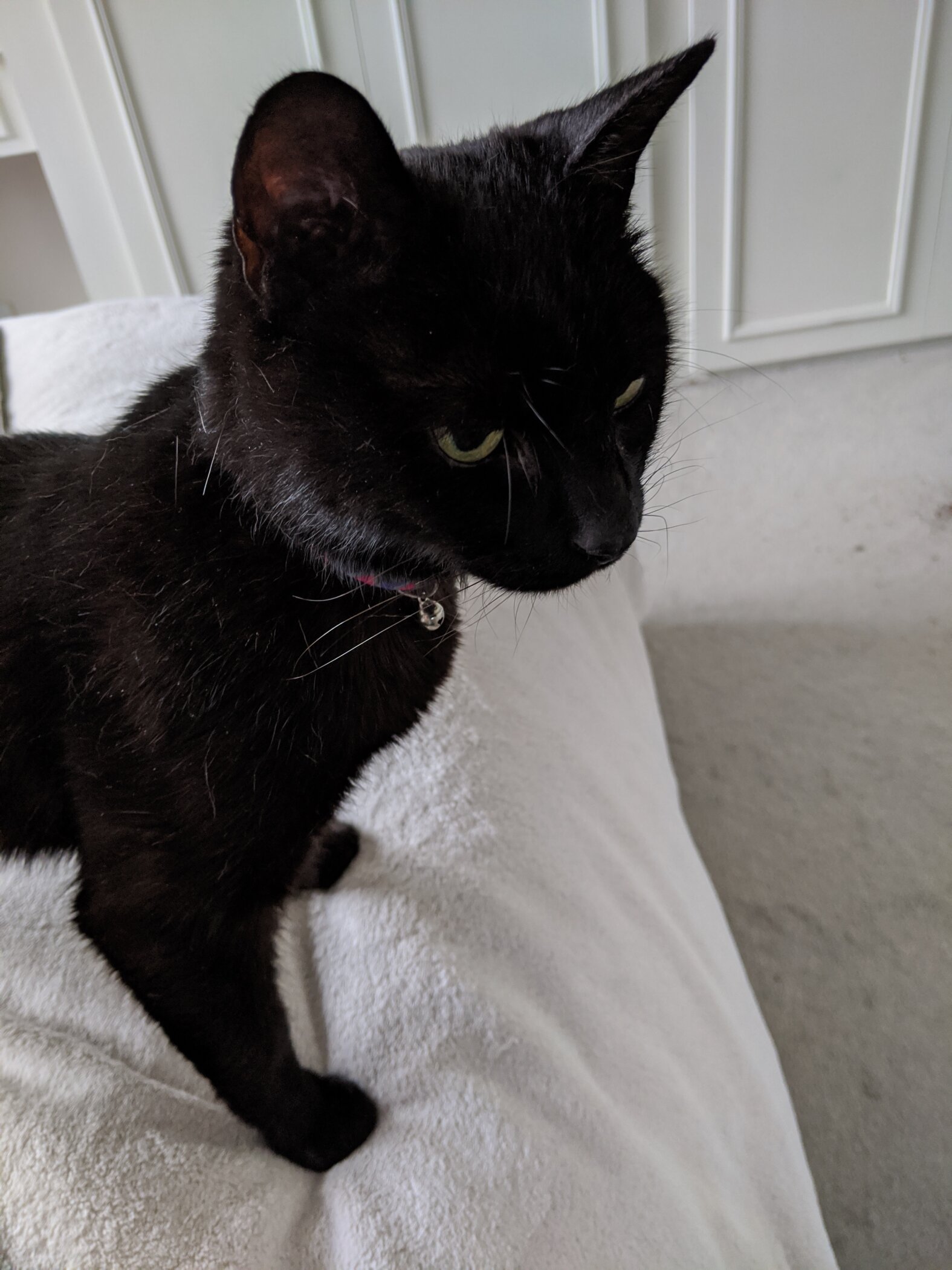 Oliver was found by a local resident who called the team at Oldbury PDSA Pet Hospital who are running an emergency service during the coronavirus pandemic. They arranged an appointment for him to be checked over by the charity’s veterinary team. Thankfully, Oliver had been microchipped and his details were up to date so the charity were able to trace him back to his overjoyed owners.

Francesca said: “When he went missing back in 2017 me and my family, especially my daughter who was just four at the time, were heartbroken. We put missing posters up locally and contacted all the local rehoming centres and vets but sadly heard nothing, eventually we lost hope of ever seeing him again.

“When I received the call from PDSA I was in the office at the hospital, I burst into tears surrounded by my colleagues – I couldn’t believe it was true!

“We brought him home and even Dave, our longstanding dog, remembers him! His ears prick up when he hears Oliver’s name and he lies outside the room he sleeps in overnight!

“It really was the best news – just what we needed during this challenging time.”

PDSA Vet Nurse Lisa Williams said: “Oliver’s story highlights the importance of microchipping and keeping your details up to date, as it would have been impossible to find his owner without this. While it’s a legal requirement to microchip dogs, it often gets overlooked when it comes to cats. And it’s really important to keep your pet’s microchip details up to date if you move house or get a new phone number so you can be reunited if your pet were to go missing.”

PDSA’s 2019 PDSA Animal Wellbeing (PAW) Report showed that over one in twelve cat owners have changed their contact details but not updated this information with the microchip company. This means around 870,000 microchipped cats in the UK have old, outdated information linked to their microchips. If a cat’s microchip is scanned and the information is incorrect, it’s can be impossible for a cat to be reunited with their owner. 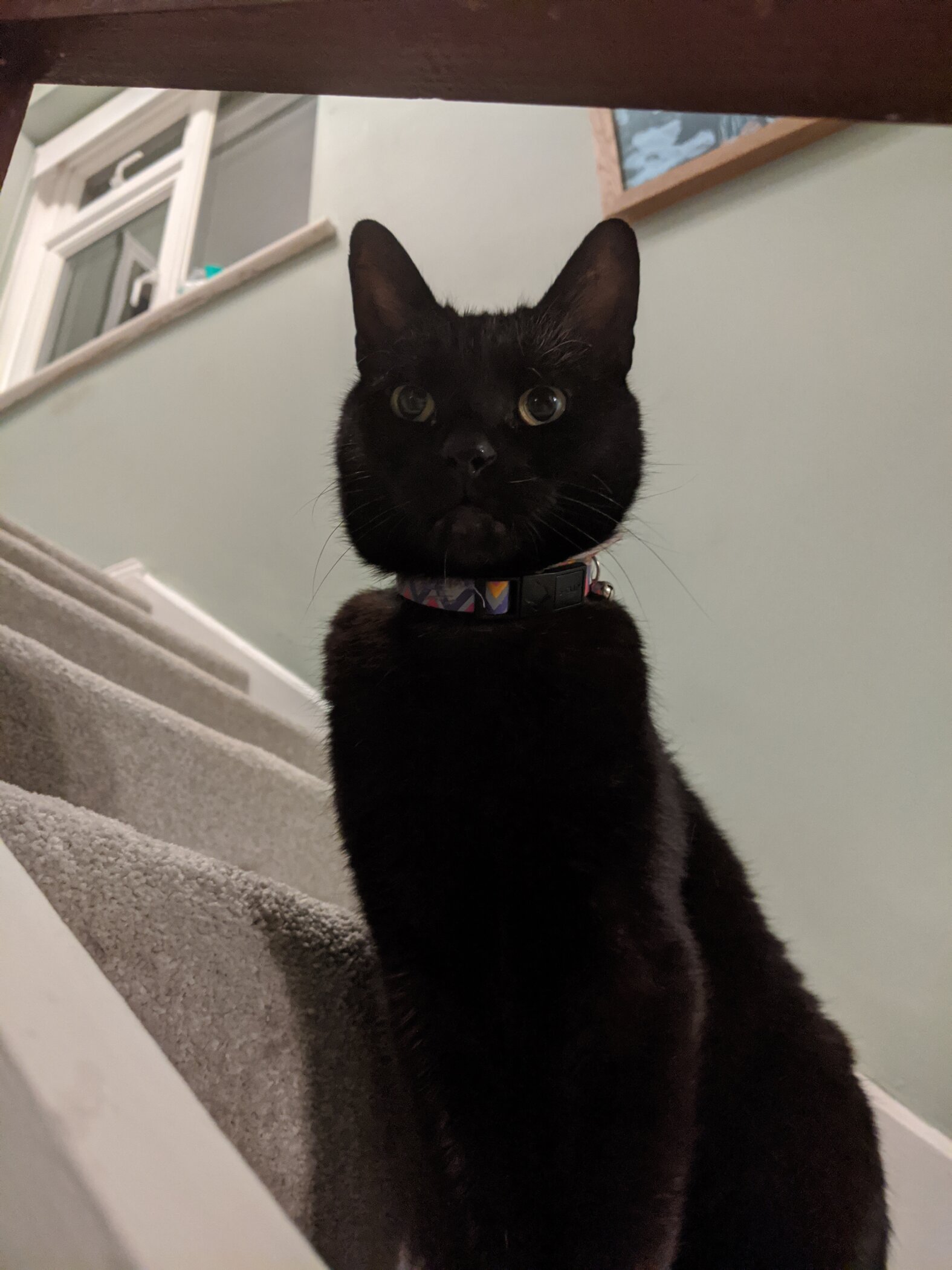 In response PDSA is urging owners to make sure their cat’s microchip details are up-to-date to avoid the heartbreak should they ever go missing.

Francesca concluded: “Oliver is getting used to life back at home. We have no idea where he’s spent the last few years but we’re glad he’s healthy and finally back with us. It’s a real miracle he’s home after all this time!”

PDSA’s veterinary care – which is a lifeline to so many owners across the UK – costs £60 million a year to run. But with retail shops closed and fundraising events cancelled, the charity is losing around £3 million a month in income.

And with the country plunged into financial uncertainly, and more than a million extra Universal Credit claims, PDSA expects the number of pets needing care will increase by around 50,000.

Please help today by donating to ensure much loved pets have a tomorrow www.pdsa.org.uk.