If you look at the list of most popular flowers in any florist, lilies are likely to feature close to the top. 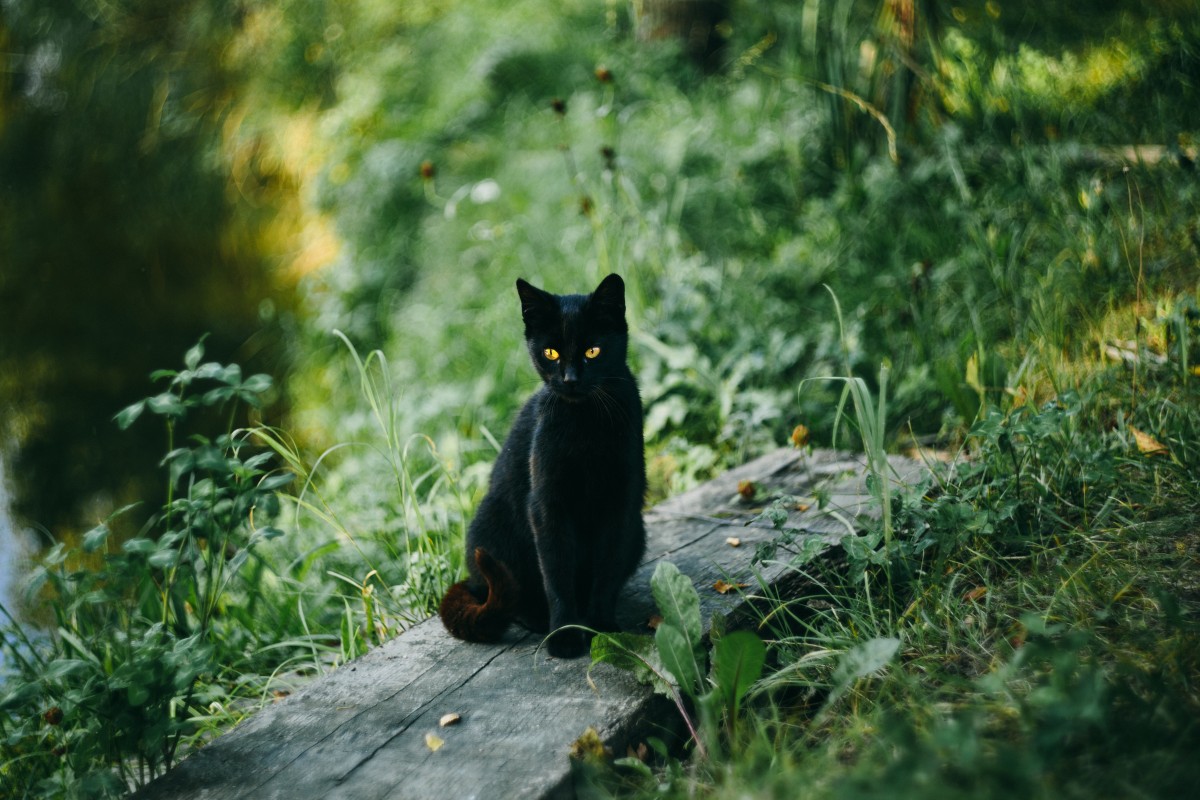 They’re an attractive, fragrant flower and it’s no surprise they’re so commonly given as gifts and used in bouquets. They are however extremely toxic to cats, causing severe kidney damage, and even minimal contact with them can prove to be fatal.

In a study of 57 cats exposed to lily poisoning, almost half of the cats had come into contact from lilies that were received as a gift. In the same study only 27% of owners said that they knew lilies were toxic before their cats had been affected¹, which suggests that the majority of these cases could have been avoided if the threat that lilies pose to cats was more widely known.

Which lilies are we talking about?

Many different plants have lily in their name, for example, peace lily and lily of the valley, and whilst these may have different toxic effects, it’s all species of Lilum (true lily) and Hemerocallis (day lily) that are being discussed here and are listed in the table below. 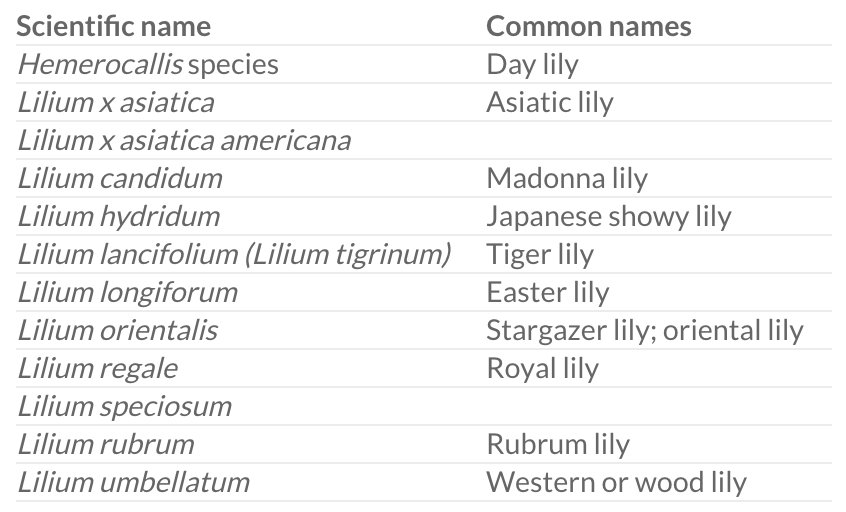 How toxic are they?

The reason why cats are so susceptible to lily intoxication isn’t exactly known, other animals such as rats and rabbits don’t seem to be affected at all, but for cats, all parts of the plant are toxic; the pollen, flowers, stem and leaves. Ingesting less than one leaf, part of a flower, pollen, or even drinking water from a vase holding cut lilies can be fatal. The toxin causes severe damage to the kidneys, which can lead to kidney failure and result in death.

Are all cats at risk?

Indoor cats, especially kittens, may be particularly likely to interact with flowers and floral arrangements as they make an interesting addition to an otherwise predictable environment that might lack vegetation. However, it is also easier to control the presence of lilies inside the home. For free roaming cats, removing lilies from the home and garden is no guarantee that they won’t come into contact with them elsewhere.

What are the symptoms?

Symptoms of poisoning include:

If you suspect that your cat has come into contact with lilies, it’s important to seek veterinary advice immediately. As the toxic effects are so severe and develop so rapidly, ensuring that they receive treatment as quickly as possible is crucial to improving their chance of recovery.

Prevention is better than the cure, so the best way to keep cats safe from lily poisoning is to ensure that they can’t come into contact with them. For free roaming cats this is easier said than done, so knowledge of the symptoms is useful as the poisoning can be identified and treatment sought.

Keep up to date with the Keeping Cats Safe campaign here.