She waited, a little impatiently, for the library staffer to check her credentials and her ID
against his list of names. It’s not like the materials in the archives are going anywhere. And even
though her credentials had been delayed, they were certainly going to start pulling their own
weight. Still, she had to fight the urge not to drum her fingers on the desk. Finally, the staffer
handed her back her ID and papers.

“It all checks out,” he said. “I’ll just need to call back for an archives assistant to escort
you to the study room. It will be just a moment, Dr. Scribner.” He reached for the phone and hit
button.

She sighed. More waiting. She wandered over to a display of books with a sign in front of
them that informed her they were “New Arrivals,” and she wondered when libraries had changed
into retail stores. A group of people hustled past her, talking loudly and laughing. Retail stores
mixed with coffee shop atmosphere.

“Dr. Scribner, I’m Dr. Velesy, the head archives assistant. I’ll take you on back now.” The
voice was smooth and cultured, and had a hint of an accent that even she couldn’t place. Eastern
European, perhaps.

Dr. Scribner turned towards the assistant, and tried not to let her surprise show. There was
so much made of how liberal and openminded and free things were back in her United States, but
she couldn’t imagine this young man being allowed to work in any Special Archives department
in most of the fifty states. Unless you exempt California. Tattoos crawled up the sides of his neck
and covered his shaved head. He had a nose piercing, a lip piercing, and even a couple in his
cheeks. Despite his initial intimidating appearance, his blue eyes were merry and he even winked
at her.

He’s not so much younger than you, she thought, and handsome, even with all that ink.
She shook her head to clear it. Focus.

“Right this way, Doctor,” Velesy said, sliding a keycard and holding open the door for her
as she passed through. “The study room’s at the back. Cotton gloves are in boxes on all the
tables. I don’t have to remind you to wear them when handling the documents, do I?”
The narrow hallway took them past several closed office doors and opened up into a
study room. The room was pleasantly dim after the harsh fluorescent lights in the main library.
“I’ll be back with your materials. Have a seat at a table of your choice.” The young man
crossed the room. Bright light flashed into the room and was gone, along with Dr. Velesy.
She waited till her eyes adjusted and then she surveyed the room. Another researcher was
hunched over a pile of papers at the far table. From the looks of it, the pile was a collection of
letters written in a loose, scrawling script. She wondered how he could even read the
handwriting. She continued to scan the room. And nearly jumped out of her skin when she saw
the security guard looming out from the shadows in the corner.

“Please, ma’am, take a seat,” the security guard gestured to one of the tables. She
frowned and picked the table closest to the door. Maybe it was just his size, but she suddenly felt
nervous, even though she knew his eyes weren’t the only ones watching her. She flicked her gaze
upward towards the ceiling. Yes, there was the inset CCTV camera. Tricky, but not impossible.
She could feel eyes on her. Feel someone watching her. Had to be a live feed. She began pulling out her supplies. Pencils, of course; no pens or permanent markers or even highlighters allowed.

A binder and a journal to make notes in. And a pair of cotton gloves. She pulled her own pair
from the pocket and slid them on. And waited. She could feel sweat on her brow. Don’t wipe
them with the gloves. At least, not the right one.

She saw movement out of the corner of her eye. A grey shadow, slinking across the table.
She turned to look. But there was nothing there.

“Dr. Scribner?” This time she did visibly jump. She glanced up at Dr. Velesy.
“Are you all right?” he asked, carefully placing a large leather-bound book on the table in
front of her.

The sweat. She was sweating too much. She was going to blow it. Think. She laughed,
trying to make it sound as tinkling and innocent as she could. “I just thought I saw, well, it
looked like—” “A cat?” Velesy asked. “Yes, that’s Ghost. We call him that because he slips in and out. In
fact, we haven’t been able to figure out how he’s getting in. Everything’s sealed up tight.

Sometimes he’ll be stalking around at night—the CCTV picks him up—but he doesn’t cause any
damage. In fact, he’s helped keep the mice . . . oh, I shouldn’t have said that. Forget you heard
it.” He stole a glance over at the other researcher but he didn’t even look up. “Usually he sleeps
in my office during the day. Are you allergic?”

Only to overly talkative archivists. No matter how exotically attractive they were. She
shook her head. “No, it’s fine.” Just go away.

She still had to wait out the other researcher, though. Something in those letters was
really holding his attention. He showed no signs of leaving. She might have to deal with him
after the security guard. Until then, she had a part to play for the cameras. She delicately turned
the pages of the large book with her left hand, resisting the urge to run her right hand across the
finely-drawn maps. Even with gloves on, that would have gotten her ousted from the study room.
Many of the maps still had gold leaf on them. After some note-taking, she got up and stretched,
then pretended to look around. She headed towards the security guard.

“Could you tell me where the bathroom is?” she asked. He nodded the door to the right of
him. “In there. But I’ll need your gloves.” He held out his hand.

She swallowed. This was a problem. She needed to touch him on the way out of the
bathroom, not before. But she didn’t have a choice. She pulled off the gloves, hoping he
wouldn’t notice the plastic lining in the right one. The plastic protecting her from the topical
sedative on the outside of the glove. She went into the bathroom and listened at the door for the
sound of the security guard hitting the floor, but it never came. She flushed the toilet and peeked
out the door. The security guard was slumped onto a chair that had been hidden behind his stocky
build. The other researcher was mouthing words as he scanned the letters, stopping only to
scribble furiously into his notebook. 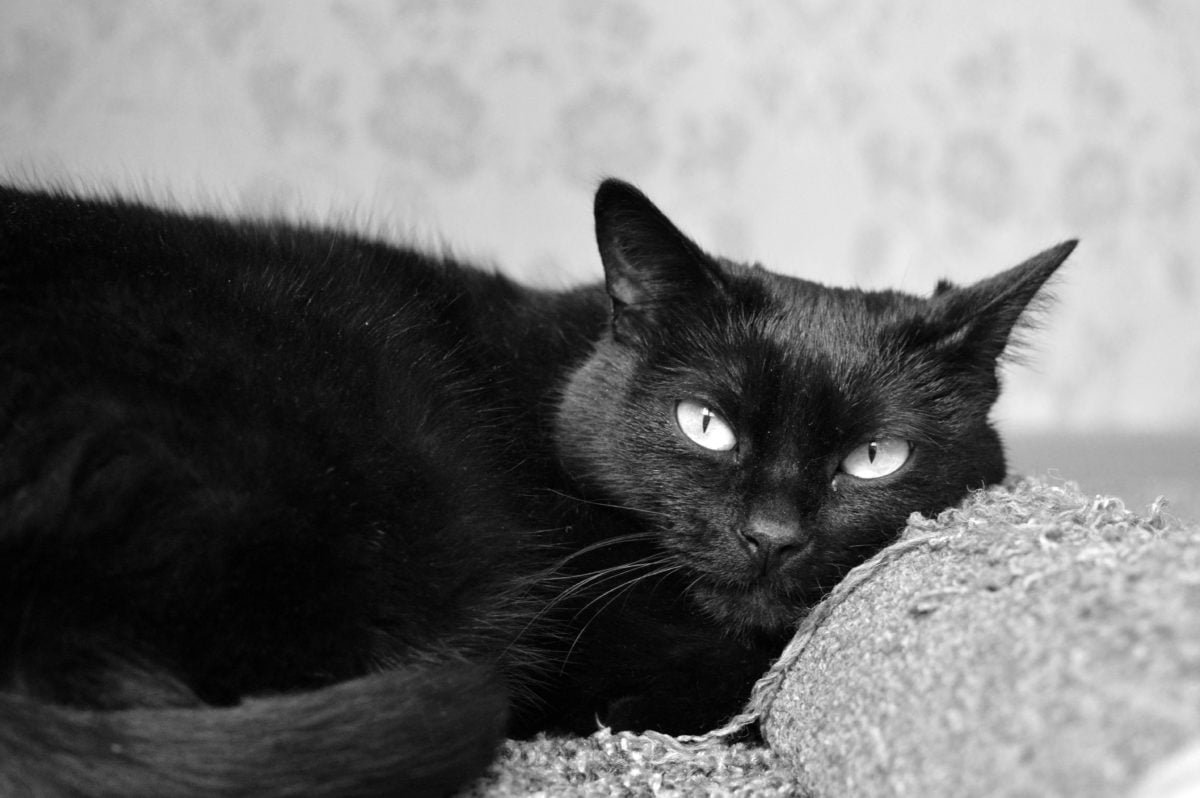 Now’s your chance. Get the maps, as fast as you can. She crossed the room, fingering the
cool metal of the precision knife in her pocket. She sat at her table and set up the binder to block
the view in case the letter guy looked up from his research. She could only hope the CCTV feed
wasn’t live. She edged the knife from her pocket, and rested both hands on the table. She slid the
knife into her sleeve while she worked the cap off. No sudden moves, it’s sharp. She tucked the
cap into her pocket. She was just about to slide the knife up into her grip when something
nudged her elbow. They’d caught her. She glanced up, but there was no one there. She stole a
look at the security guard but he was still slumped down in his chair. She could hear the scratching of Mr. Letter Guy’s pencil as he took notes. She covered the hand with the knife with
her other hand as she worked it up into her grip. It was sliding easier now.

Something bumped her elbow again. Whatever had bumped her was wet and cold. She
shivered. She’d started to feel cold all over, not just her arm. She looked down. Something dark
was spreading across her sleeve. Not just one sleeve, but both sleeves. She’d been focusing too
hard on her end goal that it took her brain a little while longer to comprehend what the dark stain
was. As she waited and watched, the stain grew.

Blood, she finally realised. She’d cut herself with the sharp precision knife when her arm
moved. Had been moved. She felt the knife slip out of her grip but her fingers wouldn’t work
properly. She heard it clatter to the floor. She scrabbled to pull her sleeves up, but the room
started to spin. Letter guy, security guard, and back again. She felt herself sliding off the chair
and taking what seemed to be an eternity to hit the floor. Stop spinning, she told the room. And it
did, but only when everything went black. She didn’t even feel it when Ghost jumped on her
back and started kneading her with his paws.

Ghost chirruped when the door to the archives swung up. He leaped off the map thief, but
not far enough to avoid the puddle of spreading blood. He shook off his paws and then ran
through the open door and disappeared. He left behind a track of dark red pawprints, until those,
too, disappeared, mid-step, a few meters into the archive room.