WATCH OUT: IT’S MERCURY IN PET’ROGRADE

Pet owners have revealed some of the weirdest things their furry companions have done – including sitting in the toilet bowl, trying to eat candles and walking backwards, according to new research. 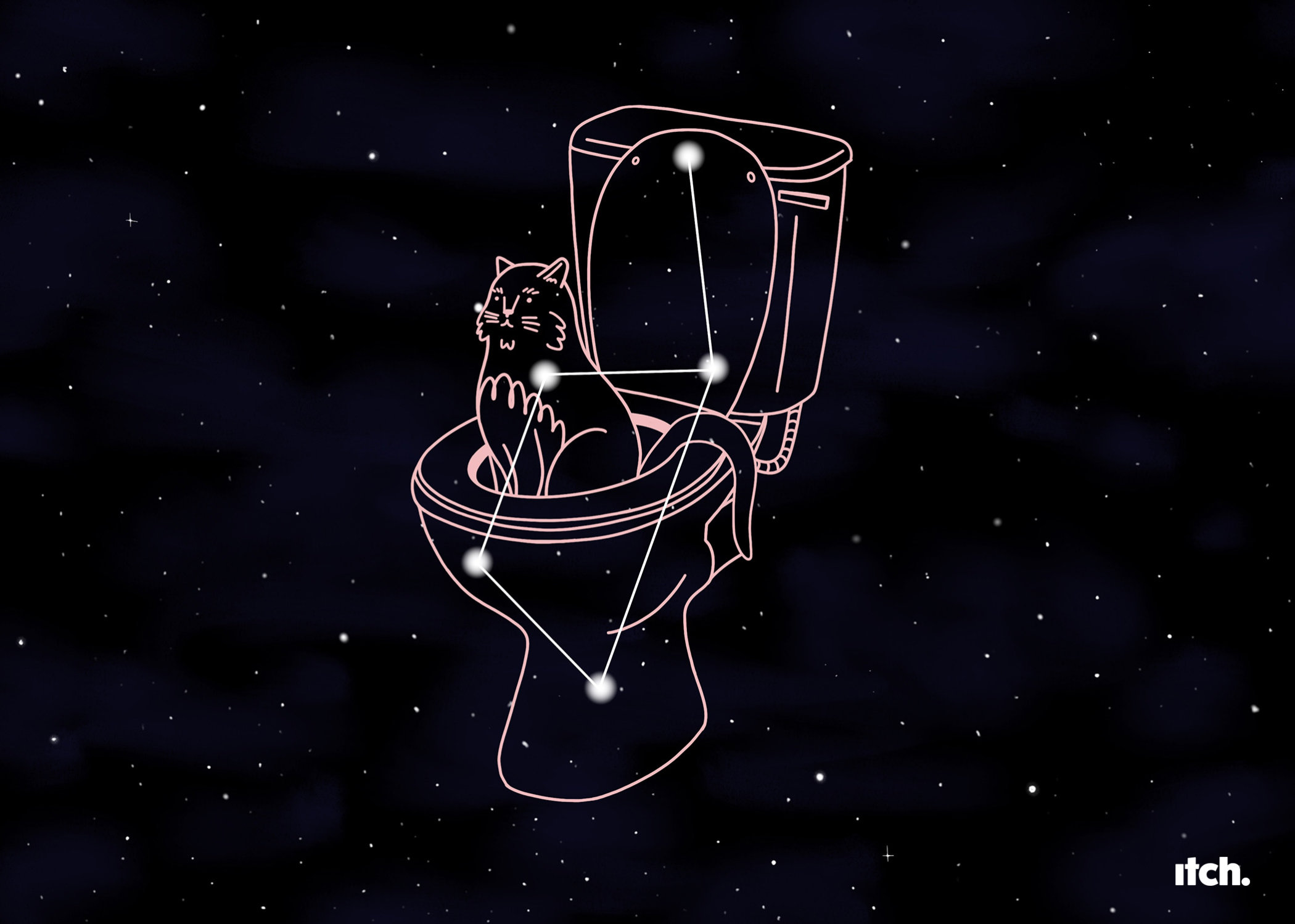 The study of 2,000 cat and dog owners, commissioned by ITCHpet.com, also found our four-legged friends have been caught barking at nothing, eating mud and even trying to ‘dance’.

Acting like a human, trying to do a forward roll, sleeping in an empty bathtub and even sucking on a baby’s dummy were also among some of the unusual behaviours cited.

But while animals acting up is seen as funny by many (48 per cent) pet owners, psychic astrologer Jessica Adams believes their strange behaviour could be down to a timely astrological phenomenon known as Mercury in retrograde.

She said: “Pets can do all sorts of unusual things and a lot of the time we, as humans, can find it thoroughly entertaining. It’s what makes our pets so loveable.

“However, their quirky goings on might be down to more than just a ‘funny five minutes’ – as it could be due to something called Mercury in retrograde.

“Mercury is the planet that actually rules pets. When it appears to go backwards and forwards, moving in peculiar ways, so does life in general – according to your horoscope. This is what’s known as Mercury Retrograde. And animals also get affected.

“In 2020 we have Mercury Retrograde, and Mercury Petrograde, three times; February and March. June and July. October and November.

“So, if you think your pet’s behaving strangely, the answer is in the stars – with astrology at play.”

The study also found that a fifth (20%) of those polled agreed their pet’s behaviour is unpredictable, with them doing something ‘out of character’ twice a week, on average.

In fact, 23 per cent have even noticed their furry friend acting more unusually than normal during certain times of the year – with 42% citing that snow sends them doolally.

More than a quarter said their cat or dog acts oddly on their OWN birthday (27%) – with an equal percentage saying they behave bizarrely on a human birthday (28%).

Nearly a third believe their four-legged friends have acted more strangely with age (31%), although 32 per cent believe it’s actually all down to Mercury in retrograde.

And two-thirds said their cats and dogs have a ‘sixth sense’ when it comes to mood changes in the atmosphere (66%).

Tiredness, hunger and stress are also among factors which pet owners believe are contributing to their animal’s unusual antics, along with loneliness, excitement, spending time in different locations or even something they’ve eaten.

Unsurprisingly, 23 per cent have even taken their pet to the vets because of quirky behaviour.

Yet, worryingly, just one in 10 believe fleas are a cause of animal antics which are out of the norm (11%), and a third were unaware fleas and worms can affect their pet’s behaviour (32%).

Charlotte Harper, co-founder at pet wellbeing specialist, ITCHpet.com, said: “We love our pets regardless of their weird and wonderful behaviour and celebrate everything about them – from the good, the bad and the ugly.

“But whether unusual antics are in the stars or not, it’s incredibly important to regularly check your pet for fleas and worms, as behavioural differences can also be down to their health and something they aren’t able to tell you about. Which is why we recommend treating your pet for fleas every month and being sure to worm them quarterly.”

Has your pet done any of these strange things? Let us know in the comments!

4 thoughts on “Is Your Pet Behaving Bizarrely?”