When four-year-old ginger cat Jaffa came into the care of Cats Protection’s Downham Market Adoption Centre for displaying aggressive behaviour, it was suspected there may be underlying causes.

He had clearly over groomed his whole hindquarters and his previous owner had also noticed a decrease in his appetite, so he was taken to the vet the next day.

On examination, his aggression worsened when they got to his hindquarters so he was sedated for x-rays. These showed pelvic abnormalities, with his right pelvic wing fractured and possibly fused. 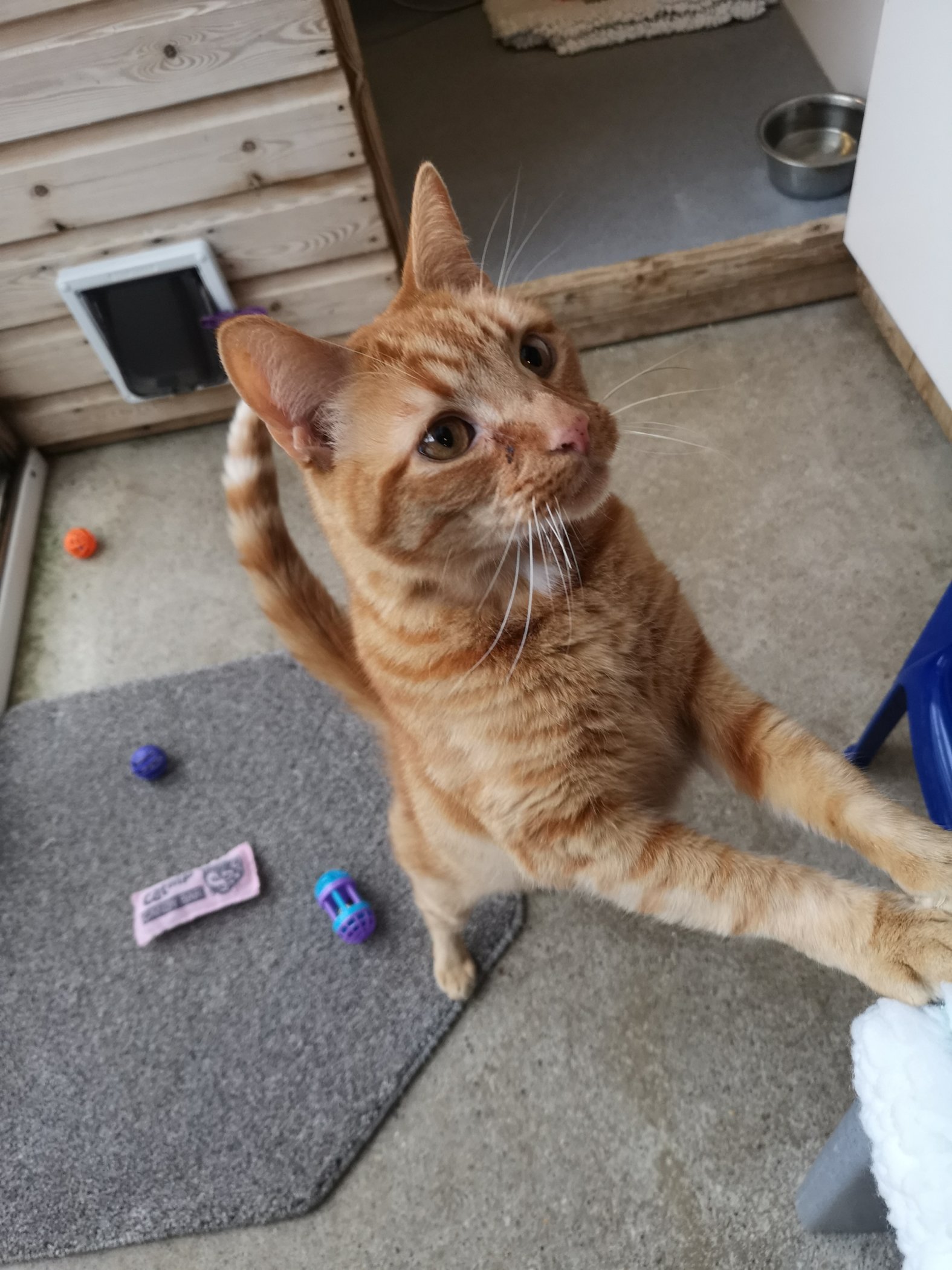 The vets thought this was most likely caused by an old trauma injury, such as a possible road traffic accident, and decided on a trial of pain relief to see if this made a difference.

Deputy Manager Stacey Ely said: “We set out a plan to get him used to the routine of cattery life, with minimal contact for the first few days, and we had pain scoring charts to plot how he was responding now he was on treatment.

“Gradually, he settled and began to respond to people in a positive way and, over time, his pain scores improved, too.

“When the vet saw him nine days later, she was amazed in the difference in him – he was mobile, far less reactive to being handled and generally much happier, approaching her for a fuss with no issues. His fur was also beginning to grow back.” 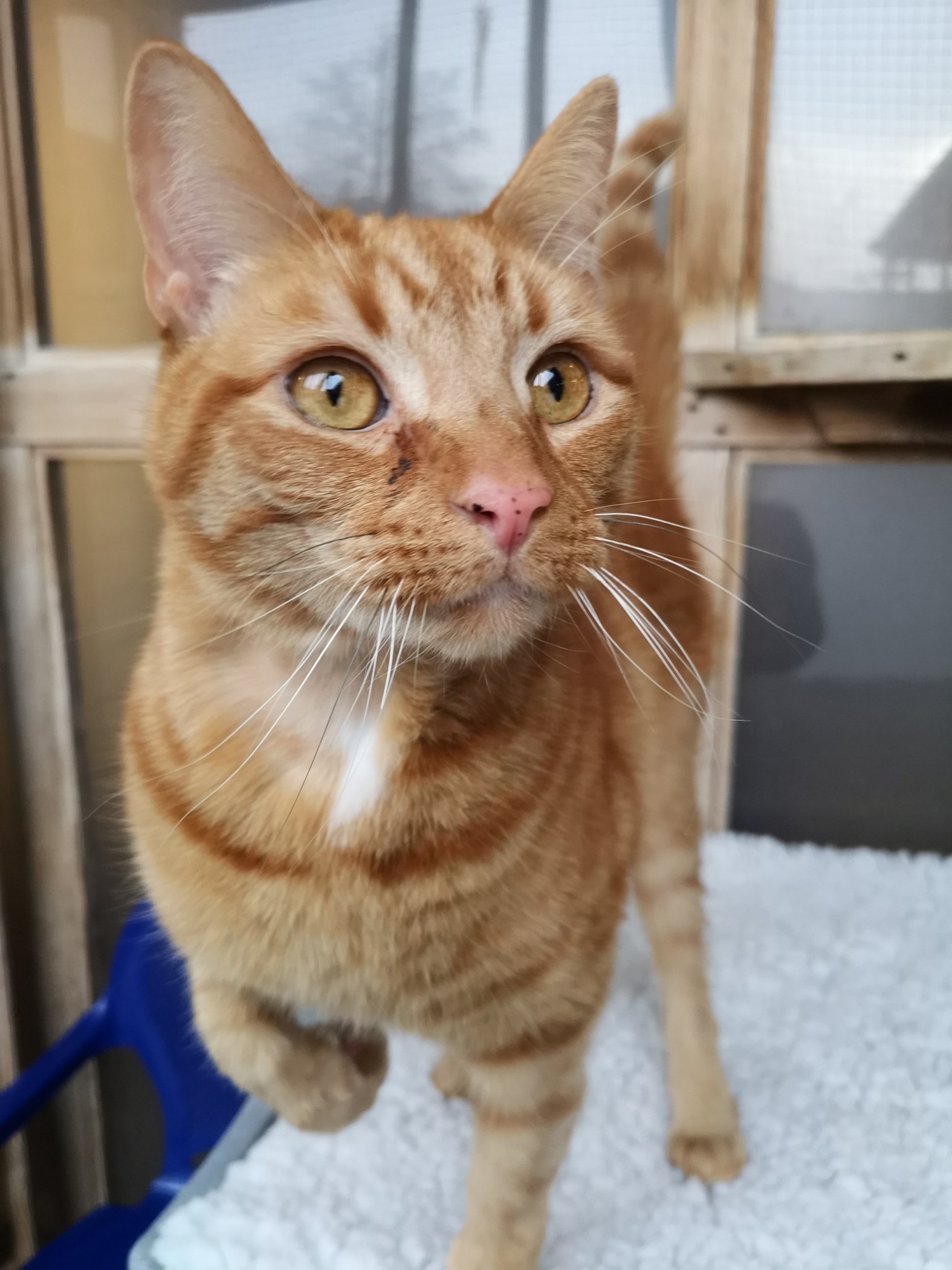 Jaffa is now signed off by the vet and ready to go to a new home.

“He will, of course, need lifelong pain medication, so we are looking for an experienced owner who is willing to be guided by the vets in terms of pain management and quality of life,” added Stacey.

“I think lots of people are unaware that a change in behaviour may be caused by a medical issue, so would urge anyone whose cat starts behaving unusually to take it to the vet for a check-up as soon as possible.”

Anyone living in the Downham Market area who would like to offer Jaffa a home can get in touch with Cats Protection’s Downham Market Adoption Centre on 01366 382 311 or at downham@cats.org.uk