A kitten who cheated death by a whisker after suffering horrendous injuries including a severed tail and ripped abdomen, has been named Pet Survivor of the Year 2019 by vet charity PDSA.

Victorious Woody, who came top in a public vote to decide the winner, was up against three dogs, another cat and a duck for the coveted title. All finalists have their own death-defying tales, but survived against the odds thanks to the skill of their vet teams, their owners’ devotion, and their own survival spirit.

Little Woody joined the Wood family from Battle, East Sussex, earlier this year. He is a precious companion for owner Stephanie’s son, who has autism. But one day last July, at just five months old, the playful kitten returned home with terrible injuries and needed lengthy, lifesaving surgery. Having made it through the operation, Woody spent eight days in intensive care at Sussex Coast Vets, followed by months of recovery and rehabilitation at home. 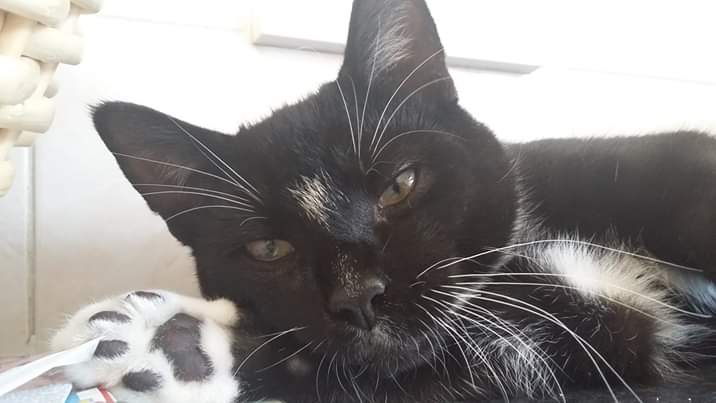 Stephanie said: “It’s been a tough year for Woody and the whole family, but it’s ended on a high by winning this award. Thankfully the experience hasn’t changed his personality – he’s such a friendly little cat, and will do anything for a cuddle or a treat! We couldn’t imagine life without him. Thanks so much to the team at Sussex Coast Vets, to PDSA for recognising our miracle kitten, and to everyone who donated towards his care and voted for him to win.”

PDSA Vet Nurse Louise Chapman, who presented Woody with his trophy and prize, said: “Woody suffered very severe injuries and it was touch and go whether he would survive. But thanks to the skill of his vets and round-the-clock care from his family during months of recovery and rehabilitation, Woody pulled through. He’s a true pet survivor and a worthy winner indeed.”

After joining the Wood family earlier this year, he settled in very well, and didn’t go out much by himself. When he disappeared for several hours one evening, his family became worried. Later on he suddenly jumped through the living room window, but just sat on the sofa quietly and was eerily calm. 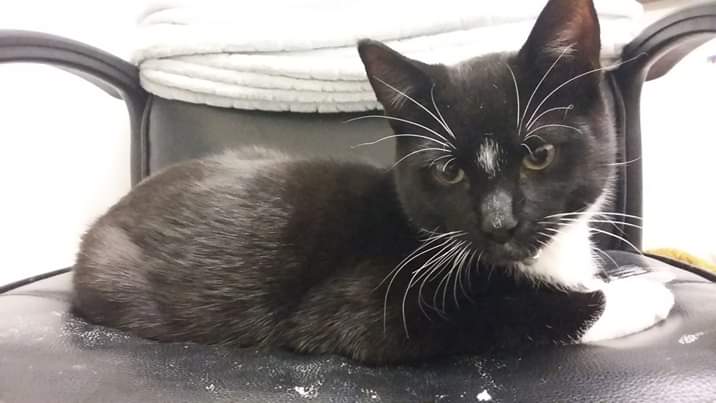 Stephanie noticed immediately there was something wrong with his paw, but it wasn’t until they went to check him that they noticed his other horrific injuries. First they realised that most of his tail was missing, but the stump wasn’t bleeding, it was as if the wound had been cauterised. Then they noticed a deep slash on his tummy – and were horrified when they realised they could see his insides. They rushed him straight to the vet, terrified that this was the end for little Woody.

He needed over three hours of emergency surgery to stitch up his stomach, cleanly amputate the remainder of his tail, and also remove a toe due to a paw wound. His tail injury meant there was a risk he could be left incontinent or even paralysed – if this happened then the kindest option would be to put Woody to sleep, so it was a sleepless night for the Wood family.

When they finally got the call to say that the surgery was a success and that Woody had successfully done a wee by himself, they were incredibly relieved. Stephanie visited Woody the next day, who was up on his paws already, less than 24 hours after surgery! But he was still in danger, as the abdominal surgery and damage to his insides left him at a high risk of infection.

But for Stephanie the worst part was hearing about the possible cause of Woody’s injuries. She said that although vets confirmed that some of his injuries were consistent with a traffic accident, some weren’t. His abdominal injury seemed to have been caused by being stabbed with something sharp – there was a possibility that Woody’s injuries has been deliberately inflicted by a person.

He stayed at the vet for eight days receiving intensive care before he was able to go home, but he still needed round-the-clock nursing. Stephanie kept his wounds clean and had to apply cream several times a day, as well as keeping up with his medication. He was kept on strict cage rest for three weeks and wore a special medi-jacket to protect his wounds.

Woody needed further surgery due to an infection, but he seemed determined to survive.  Finally, after months of recovery and rehabilitation, he’s back to his normal cheeky self, and doesn’t seem to be bothered by his missing tail.

The cause of Woody’s injuries remains a mystery. Stephanie said: “We reported it to police and they investigated this as a case of animal mutilation. A neighbour said they’d heard a disturbance and a noise like an animal in distress in the field behind his house ten minutes before Woody appeared home. We’d heard of other cats in the area having similar wounds, it was awful to think someone might’ve done this deliberately.”

However, without further information or evidence, the case remained unsolved and had to be closed. The family may never know exactly what happened to Woody, but they are just glad to have the cheeky kitty home with them.

Because Woody was treated by a private veterinary practice, Stephanie crowdfunded and borrowed to cover the cost of Woody’s treatment, which reached around £5,000.

The other PDSA Pet Survivor finalists were:

The PDSA Pet Survivor Awards 2019 were open to pets treated for a life threatening illness or injury by a vet in the UK between 1 August 2018 and 31 August 2019. The winner received a trophy and a luxury pet hamper thanks to the competition sponsor Petsurance from PDSA. For more information, visit www.pdsa.org.uk/petsurvivor