Tumble Down Torpedo & the Leaf Garden

When I fell in love with Tumble Down Torpedo  I wondered how I could ever have disdained Persian cats, whining that strays were much cuter than pedigrees. My several afternoons with this colony of extremely chubby, incredibly furry, snub-nosed, glamorous felines living in an addictive shop selling magazines and books,  had changed my spoiled life and pulled me out of the refrigerated rot that had frozen me.

Tumble Down Torpedo was like a huge,  soft, cream and coffee soufflé that had fallen out of the dining table of a massive giant’s dinner dessert. He had the most winning whiskers of any cat I knew. But he always fell down on his face, as if he had crashed or been flung down or crushed by an enormous bus and was recovering or dreaming. Or perhaps he just liked to make the most dramatic entrance ever seen. He was after all a royal cat living in a palace of books! 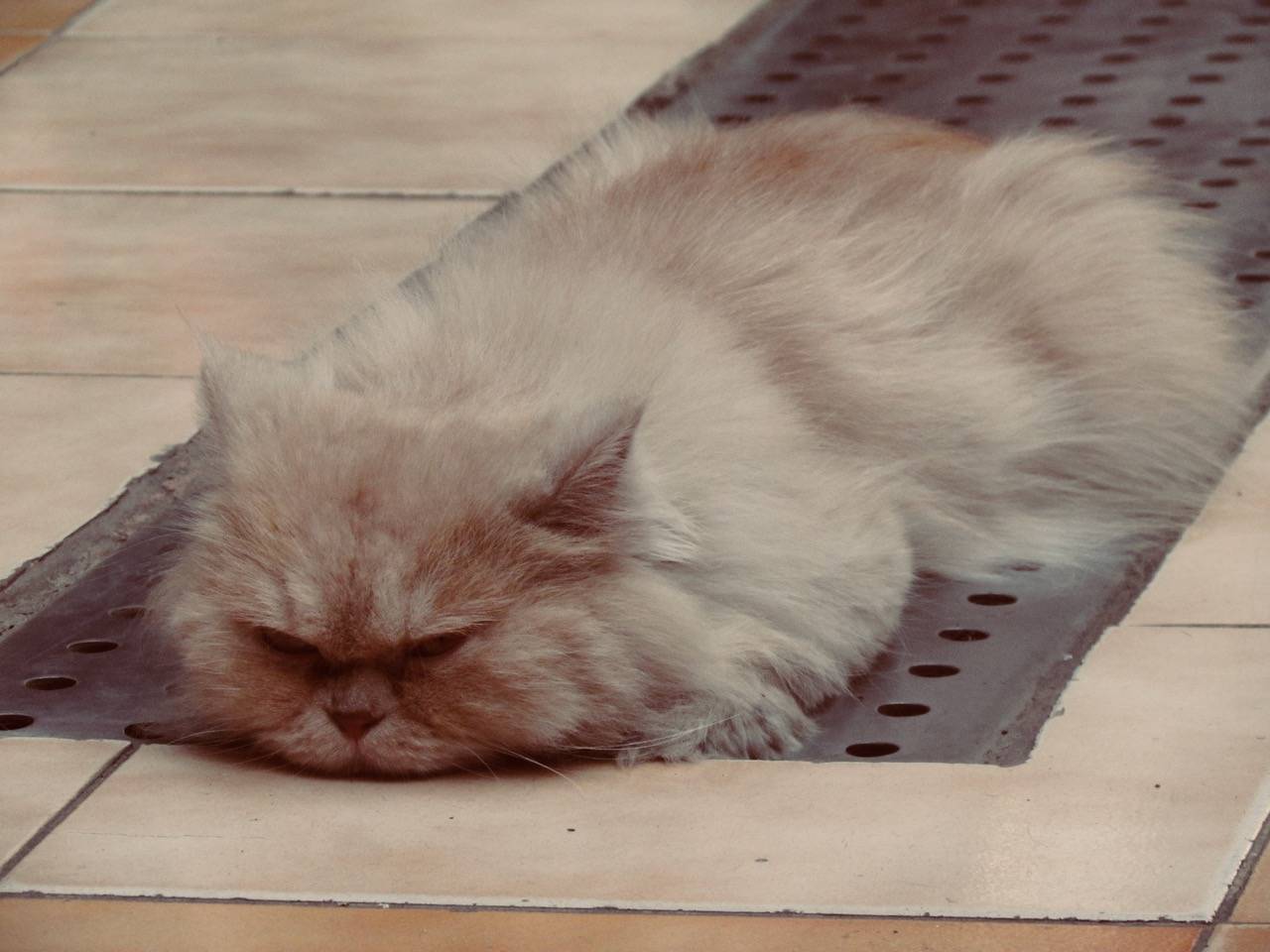 In that year of being lost,  I  thought that Torpedo was all about my pitiful situation of crashing and colliding with calamity,  giving up and giving in to darkness. There I was stuck inside my stupidity like a worm inside a spider’s web.  I gloated over the fact that I had escaped my hell then realized I had left my treasures behind! I

But then I realized that this hilarious and hurtling cat was not there to crush me by copying my situation or warning me about it. Torpedo only made me laugh a lot. He hunkered down on the ground and then began to investigate his options. But first, he rolled over and over the catnip I paid up with immediately, to be the regular guest or pest of this Persian Cluster. He then seemed to navigate his way through the crash. Or perhaps, as he did almost everything in deep sleep, perhaps he was navigating the dream state. All cats dream, the experts tell us so perhaps he was being wooed by fresh fish, chicken nuggets or alas birds or squirrels. 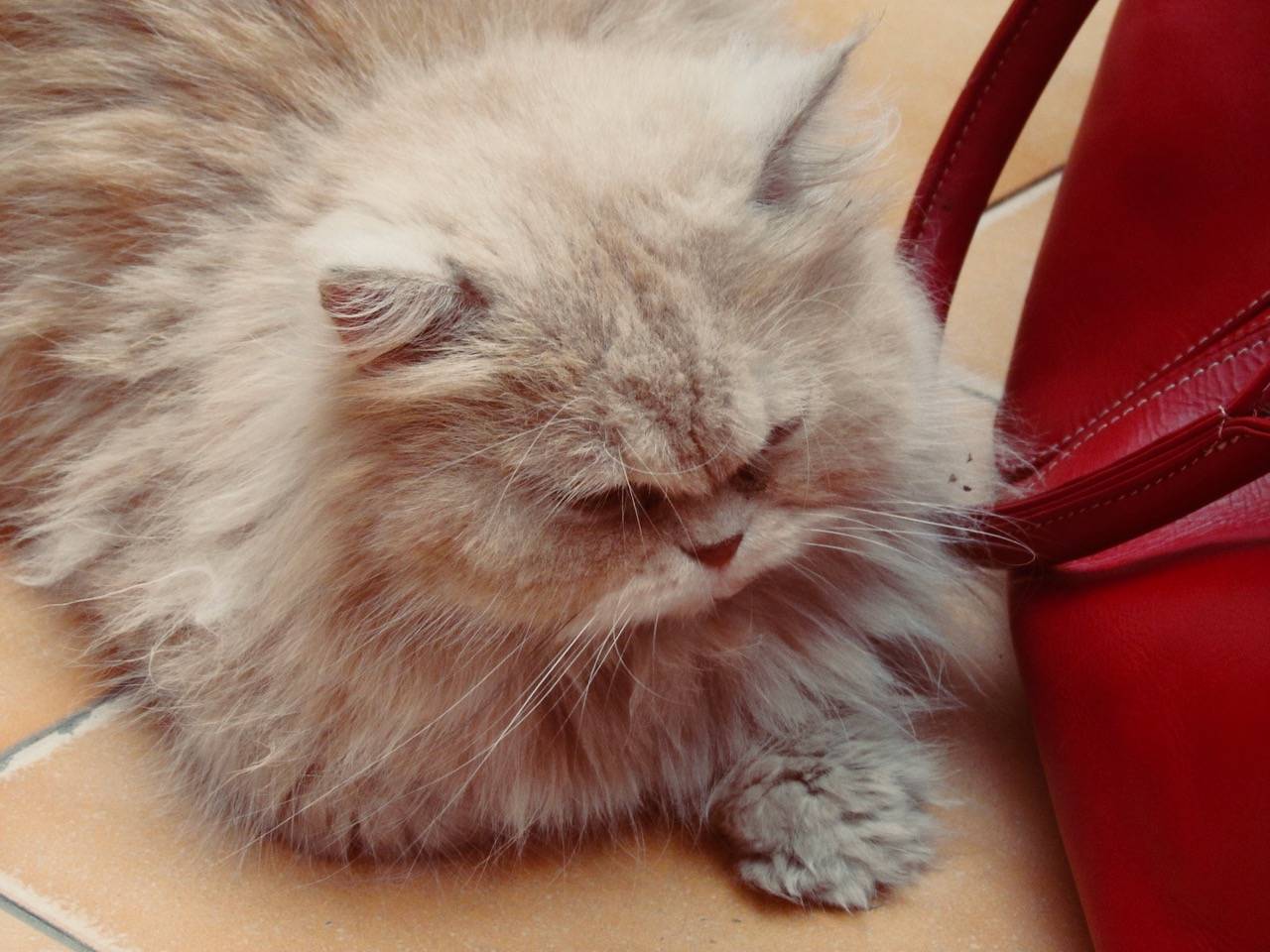 Tumble Down being so corpulent and cuddlesome and snub faced like all Persian Cats in that colony,  therefore looked replete.  Happiness seemed to rumble out of him like a shower of stars or a cache of gold biscuits, and it made me jealous. I got the daft idea of copying this insane habit – of happiness purring out of fat, furry, tumble down serenity. This sleepyhead  Persian feline knockout was magnetic like Beethoven’s 9th symphony created when the composer was almost totally deaf!

One evening my abysmal willful unhappiness tumbled down upon me, like a huge torpedo. I crashed and decided to watch Getting On, which I had gratefully discovered as the next best comic t.v series in the world ever made after The Office. I had never been able to watch any other comedy after The Office (except Suits) so Getting On was another heavenly dessert. It was a comedy that could easily pull me out of my coffin with laughter.

I put on the dvd. My sick little kitten came to sit near me, to add to my massive guilt with an inch long new fungus causing gash above her paw, bleeding and bitten down to the bone.  I deserved the comic treat 100 percent. Four months had passed with iodine, antibiotics, fungal infection pills, Calendula, three vets and absolute and total exhaustion. The kitten had made me clamber up shelves, ledges, tables, chairs, and everything possible, as she screamed with pain and my soul died. I had given up.

Then Tumble Down Torpedo smug, snug, downy as a pudding, collided with the comic mayhem. I remembered the promise to myself,  to dig out joy from crashing. The huge sack of leaves saved from the generous tree with crimson flowers, that flooded the roof with them surfaced.  I decided to keep sidesplitting, tumble down terrific laughter of Getting On as a bribe come to treat and got off the sofa and into the darkening garden.

I began to scrape out three feet of soil, made a huge hole and filled it up with the leaves. Then  I began scraping and found mounds of freshly composted soil from a year of kitchen wastes in the middle!  Vegetable and fruit peels, coffee and tea grounds, faithfully composted, even when I was sad or happy, was now a treasure chest of soil, like coffee powder and I filled up a big, empty old steel round tin with it and carted it to the leafy mound and carpeted it. That week I had planted two Raat ki rani plants nearby. Night arrived in a windy spell and carried the scent to me and  I breathed in heaven. 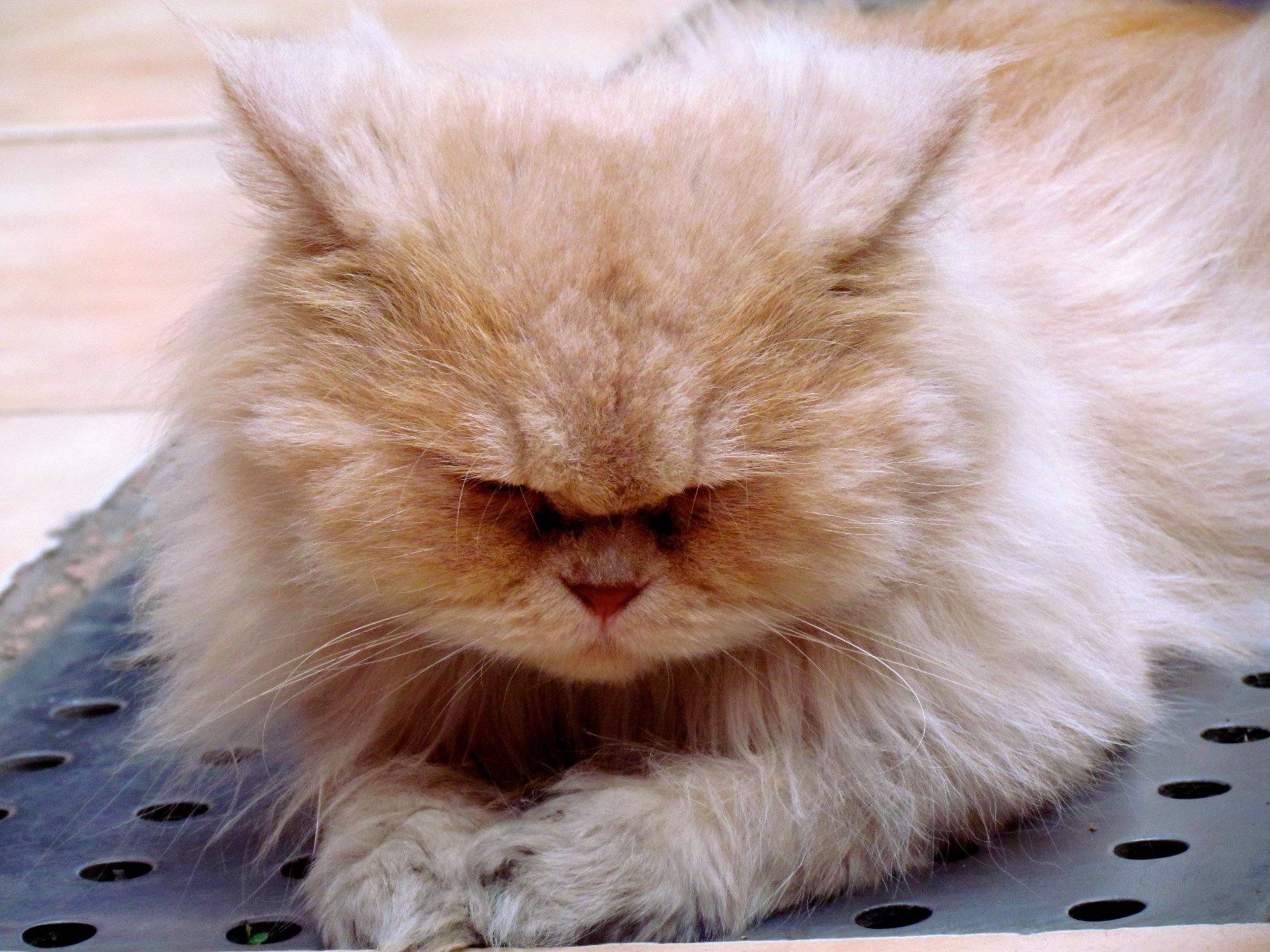 After seven back and forth journeys I had a three-foot long mini leaf garden with six inches of fresh soil above it. Inside this, I planted a cutting of a friendly fern,  a bright red polka dot plant,   a small spider plant, the reliable  Wandering Jew and then watered them down and left them there to see if this mini leaf garden came up after a few weeks…it came up within three days!

Feeling very smug, looking hopefully as cute as Torpedo (alas how can any holed up lost woman look as enchanting as a Persian fat cat)  I went in, had a hot bath and fell into Getting On. This astoundingly funny, even heartbreaking in many ways, series, one of BBC’s best jewels, filled me up richly. The night crashed into drop-dead laughter. 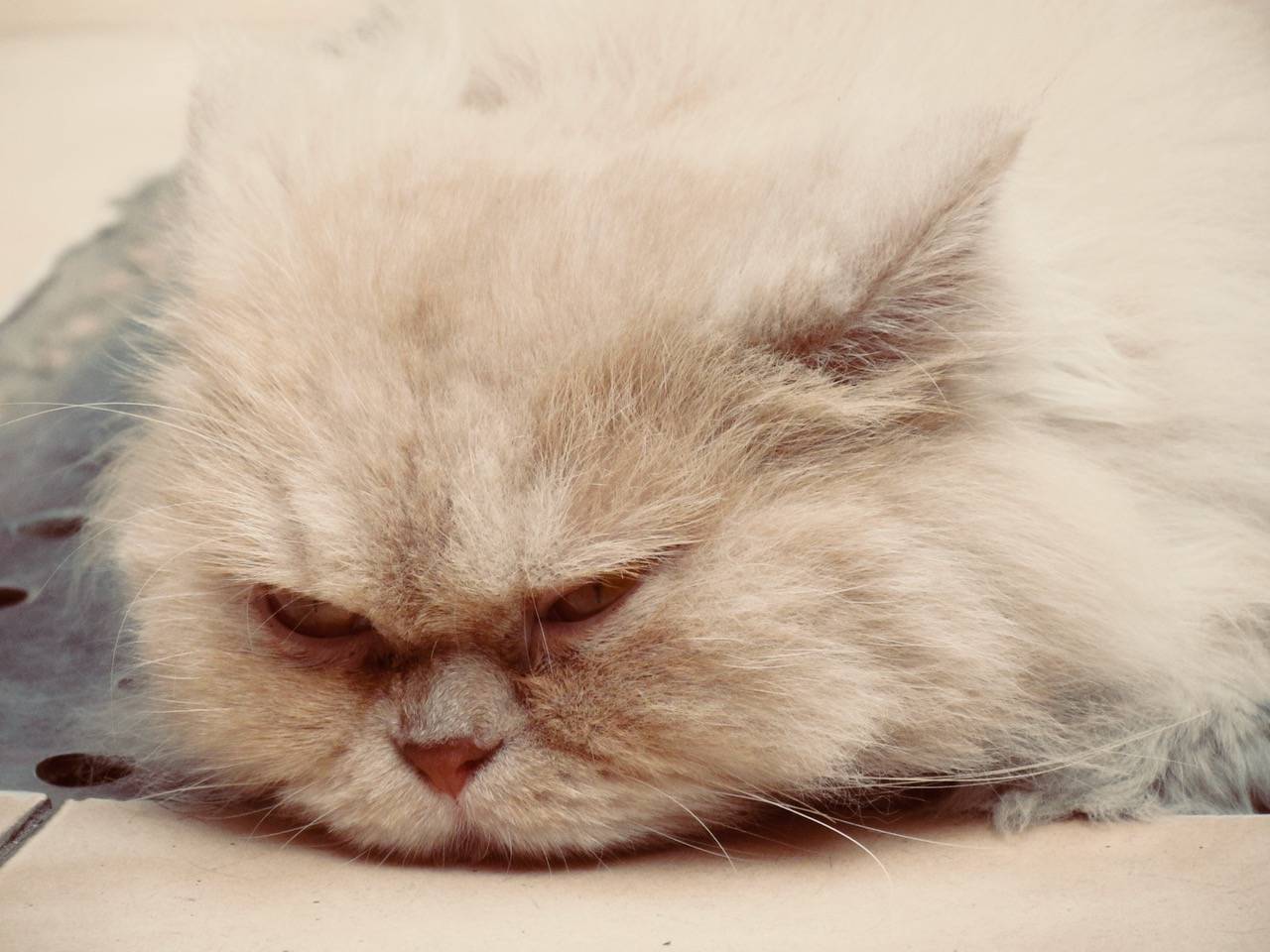 Little kitten settled down nearby and after an hour of coaxing, I covered up the gash with aloe gel. She did not scream so  I put it around the reddened ears.  After several suspicious looks, she put out one tiny paw on my hand and petted it.

The Raat ki rani perfumed the leafy patch. I gloated like a miser finding someone else’s platinum casket under his filthy garden shed.

By doing absolutely nothing (cat, after all,l are the world’s most powerful Presidents of the Do Absolutely Nothing Club) Torpedo intuited me into a three inch by four inch square garden two feet high, out of just free leaves and  five medium sized pots of composted soil!

The runny, squishy feeling of being  a scrambled egg  is what it felt like, copying Tumble Down Torpedo. But then  amazing new beginnings also fall out…like an over weight gorgeous Persian Prince, badly in need of some dieting perhaps, had just taught me how to shed my extra pounds!