We kindly were given permission by Bruce Robinson to post some of his BOW WOWS & MEOWS cartoons.

We hope you’ll enjoy this mini-series as much as us. 😀 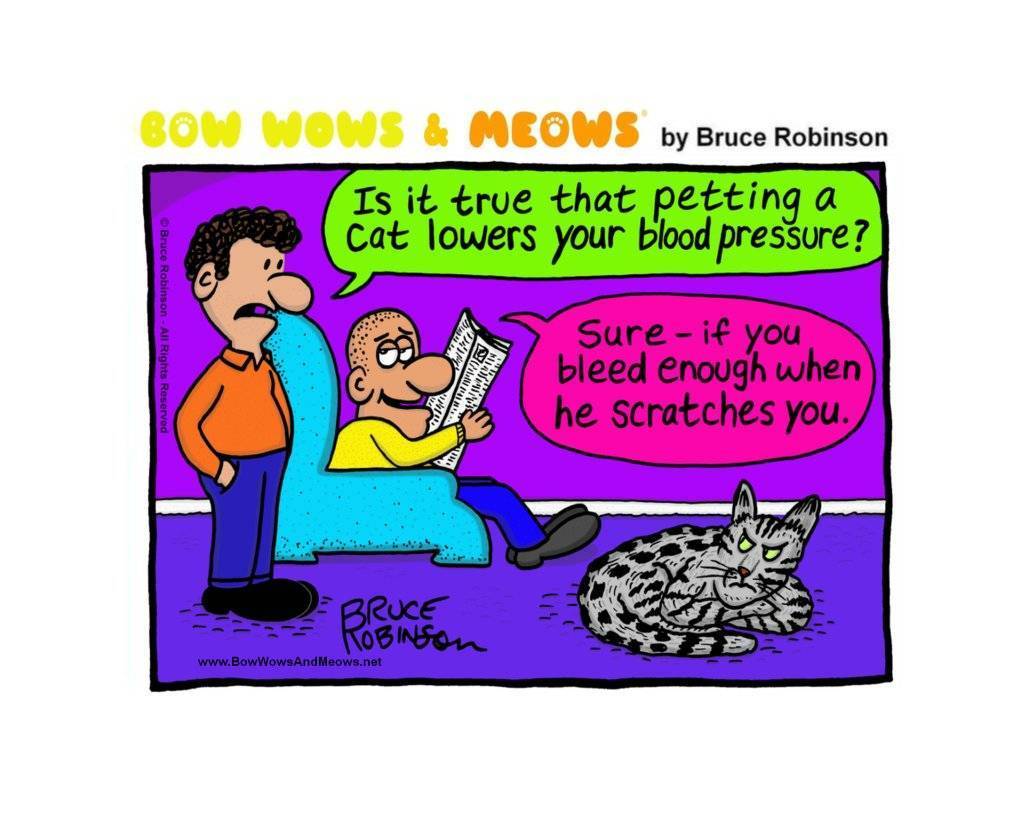 Bruce Robinson is an award-winning, internationally published cartoonist and his work has been seen in numerous trade and consumer periodicals, newspapers, greeting cards and websites for many years. His cartoons have appeared in such publications as Reader’s Digest, National Enquirer, The Saturday Evening Post, Woman’s World, The American Legion Magazine, The Sun, Highlights For Children, Odyssey, FIRST for Women, The Federal Lawyer, Cortlandt Forum, Medical Economics, Radiology Today, Outpatient Surgery, Country Woman, Reminisce, The Optimist, Boys’ Life, Baseball Youth, Dogs For Kids, etc. as well as in numerous Chicken Soup for the Soul titles and greeting cards by Oatmeal Studios and Koala Publishing (Australia). His cartoons have been endorsed by such notables as Johnny Hart (creator of ‘B.C.’ & ‘The Wizard of Id’), Bil Keane (creator of ‘The Family Circus’), Mort Walker (creator of ‘Beetle Bailey’), Lynn Johnston (creator of ‘For Better Or For Worse’), Tom K. Ryan (creator of ‘Tumbleweeds’), John McPherson (creator of ‘Close To Home’), Gregg McCoy (co-creator of ‘The Flying McCoys’), Leigh Rubin (creator of ‘Rubes’), Fred Travalena (comedian/impressionist) and other well known humorists.