You watched it; now for your reward!

Back in November, we ran a story on iAmMoshow, the Cat Rapper, and his YouTube video, “Slide” which promoted a new cat litter product by Arm & Hammer. If the video was viewed 1 million times by January 31, 2019, Arm & Hammer pledged to donate $10,000 to cat welfare organization Mac’s Fund. For several days I visited the site to see how the numbers were coming. A million views! That’s a lot! What if we don’t get them? How sad would that be?

But I needn’t have worried. Thanks to people like you, online fans who took the time to view/like/share, the Moshow and Arm & Hammer “Slide” rap video not only reached 1 million views; it actually more than TRIPLED (3.5 million) the goal weeks in advance of the January 31st deadline! 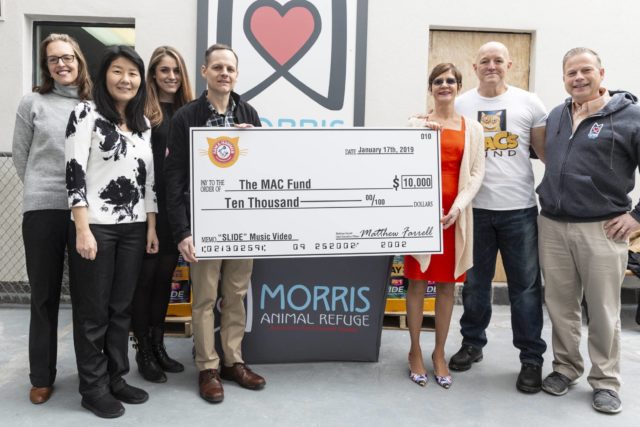 Here is Arm & Hammer presenting Mac’s Fund’s Founder, Clare Morrison, with a $10,000 check. The presentation took place in Philadelphia at Morris Animal Refuge, one of America’s first animal shelters. They look like some very happy people, and that translates into some very happy cats. 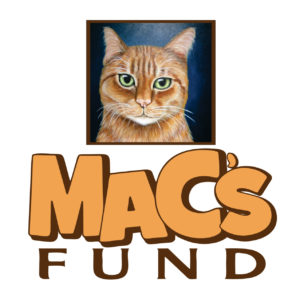 Thanks to Arm & Hammer for helping the animals; thanks to all who watched the video to help the project meet its goals; but most of all, a big, huge thanks to Moshow for his love of cats and his willingness to help. He is a wonderful, kind, intelligent, cat-loving person, to say nothing of talented and extremely entertaining. He gets around, so check his website for a chance to see him in your town. 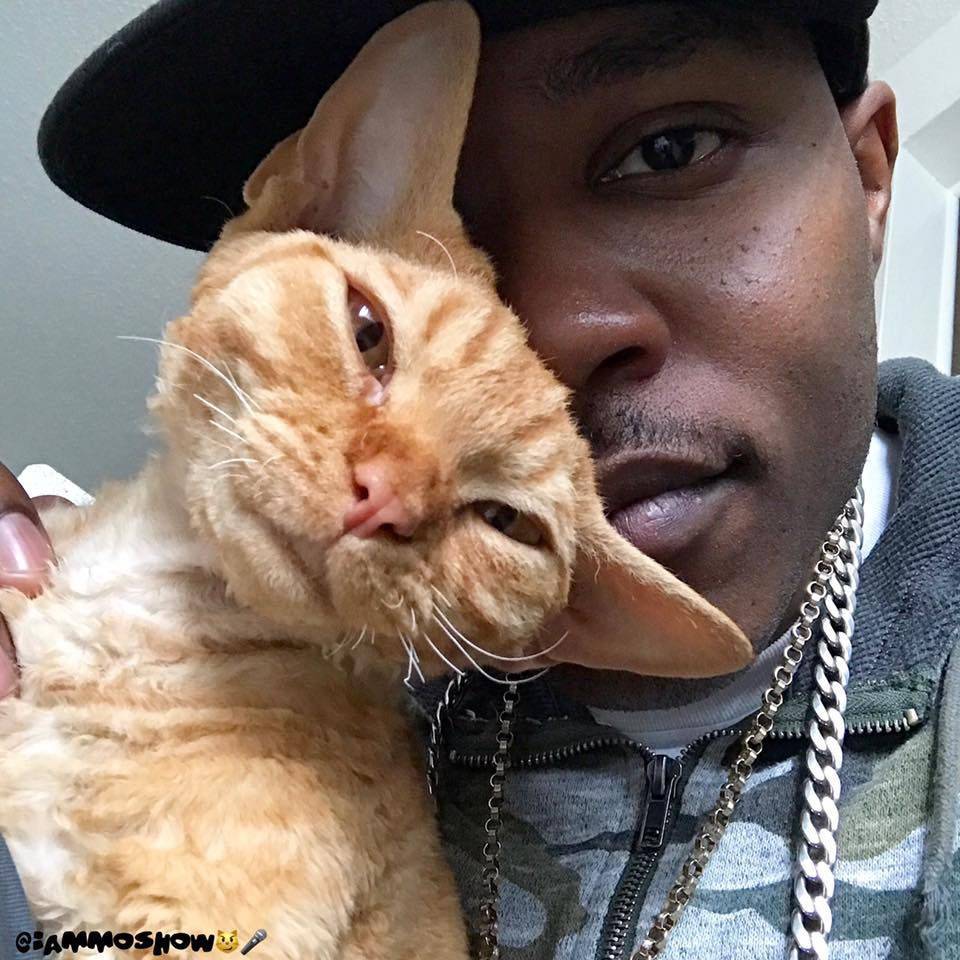 EWING, N.J. – January 17, 2019 – Today, ARM & HAMMER™ Cat Litter is fulfilling its pledge of donating $10,000 to Mac’s Fund, a cat welfare organization based in Philadelphia, PA after “Slide,” a YouTube video starring  iAmMoshow, the internet’s favorite cat rapper, more than tripled its goal of one million combined views well in advance of the January 31, 2019 deadline. Thanks to the fans who watched and shared the video, a check presentation to Mac’s Fund will take place this morning at the Morris Animal Refuge, the country’s first animal shelter.

In late October, ARM & HAMMER™ and iAmMoshow released “Slide” as a fun way to make the dreaded chore of cleaning the litter box more enjoyable. Like all of iAmMoshow’s videos, he uses catchy lyrics and an infectious smile to spread his positivity and love for cats.

“I was inspired to write the ‘Slide’ rap because I’ve always been a fan of ARM & HAMMER™ cat litter. Not only is SLIDE litter easy to clean because it doesn’t stick to the sides of the litter box, but it also doesn’t leave dust particles on my cats.” said iAmMoshow, The Cat Rapper™. “I could not have imagined a better reaction to ‘Slide.’ I’m so thankful for each and every person who watched and shared the video and helped us reach our goal to support an organization like Mac’s Fund who are saving kitties.”

Mac’s Fund is dedicated to the well-being of community and shelter cats in and around the Philadelphia-area. The nonprofit is dedicated to supporting local rescue organizations through education and financial assistance.

“It’s been an honor to have Mac’s Fund involved with the ARM & HAMMER™ and iAmMoshow ‘Slide’ video,” said Clare Morrison, Founder of Mac’s Fund. “We are very appreciative of everyone who took the time to watch the video. We look forward to putting this donation towards financial assistance for emergency surgery for feral and community cats and to support other local animal rescue organizations this year.”

In addition to monetary donations to organizations like Mac’s Fund, the maker of ARM & HAMMER™ Cat Litter donated over one million pounds of cat litter over the last 18 months to animal shelters across the country to help offset the high costs of running a shelter.

“The positive responses to the ‘Slide’ video have been incredible. It’s hard to believe that we more than tripled our goal of one million views in less than two months,” said Elizabeth Joe, Group Brand Manager, ARM & HAMMER™ Pet Care. “We’re thrilled people had the chance to enjoy iAmMoshow’s talent while directly supporting Mac’s Fund, a meaningful organization dedicated to cat health and welfare. A huge thanks to everyone who helped us reach our goal.”

Mac’s Fund was established in loving memory of Clare and Steve Morrison’s precious cat Mac. Although Mac was born into a life of luxury, he was more than tolerant of the many kitties who have come into our home looking for a second chance and someone to love them.  After an extensive battle with cancer, Mac passed away on August 20, 2014. “Our love of Mac and our desire to help animals led us to establish Mac’s Fund.”

Mac’s Fund’s mission is to provide financial resources for the community cats of the Philadelphia area by supporting Trap- Neuter- Release (TNR) programs,  supply funds for emergency medical services, as well as assisting in the care of shelter cats in hopes of helping to increase their chances of adoption.

About iAmMoshow, The Cat Rapper™:

iAmMoshow is the Internet’s premiere Cat Rapper. Born and raised in inner Baltimore, MD, he combined his passion for rap and cats to defy the odds and build a name for himself. Some of his most popular songs include Cat Bath Rap, Cat Emotions and Cat World and he currently has three albums available on YouTube, Spotify, Google Play, Amazon Music, Deezer, Apple Music and iHeartRadio.

Currently living in Portland, OR, with his 5 cats – Black $avage, Sushi, Tali, MegaMam, and Ravioli – iAmMoshow is on a mission to inspire the world, sharing with others the lessons he has learned, to not give up on yourself and follow your dreams, no matter where they take you. To learn more, check out www.facebook.com/iammoshow and follow @iammoshow on Instagram. Don’t forget to tag #BeautifulCatLadyWednesdays.

For more than 170 years, ARM & HAMMER™ Baking Soda’s familiar orange box has been a trusted fixture in both the refrigerator and home. The brand was founded in 1846 when Dr. Austin Church and John Dwight began to produce and sell sodium bicarbonate under the ARM & HAMMER™ brand name. Today, Church & Dwight, Co., Inc. manufactures a variety of cleaning, freshening and deodorizing products for the home, family, pets, and body under the iconic ARM & HAMMER™ brand name. For more information visit http://www.clumpandseal.com/.

Church & Dwight Co., Inc., headquartered in Ewing, NJ, manufactures and markets a wide range of personal care, household, and specialty products under the ARM & HAMMER™ brand name and other well-known trademarks like OxiClean™. 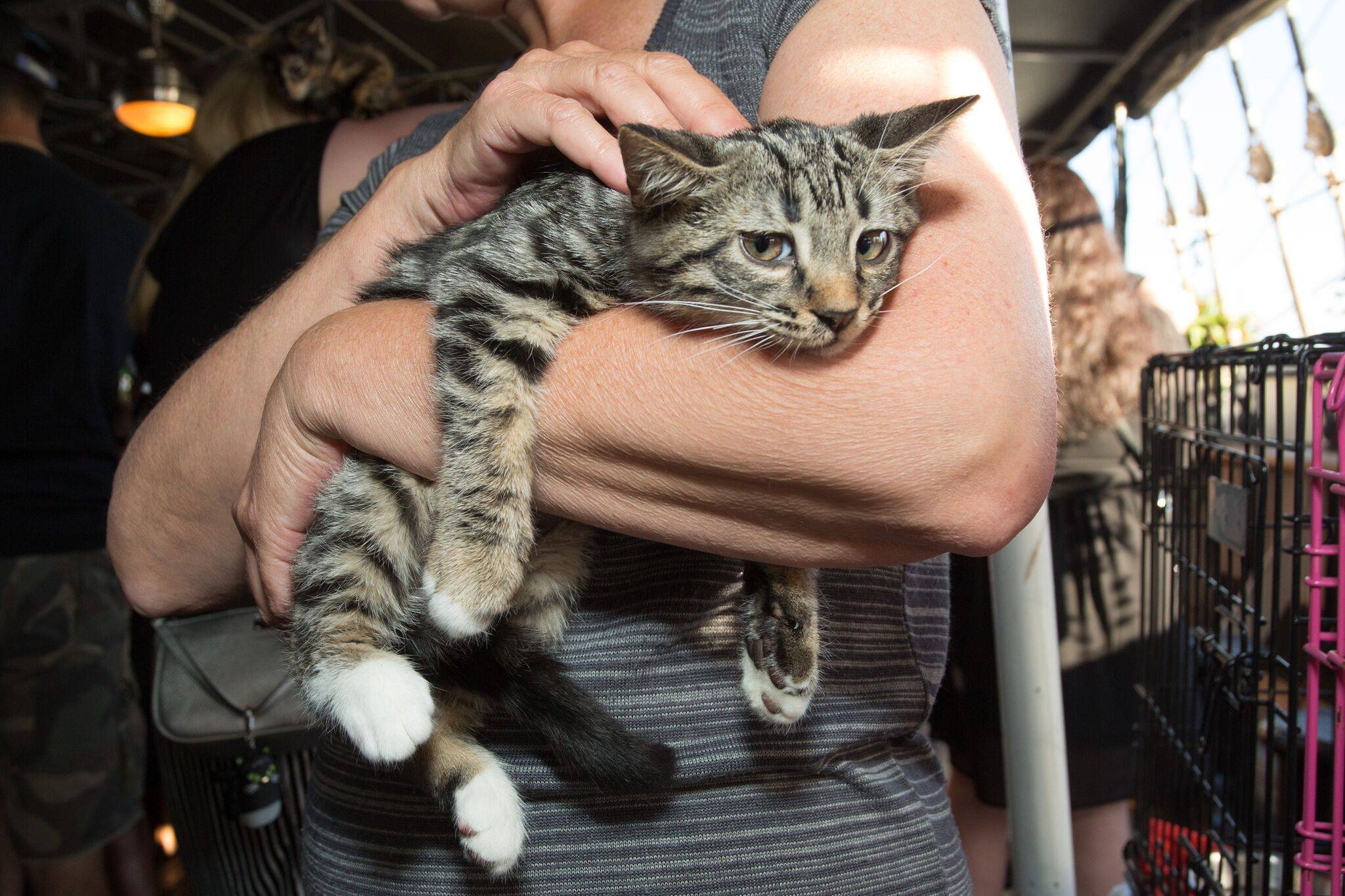