This is Seamus. He is at least 2 years old. He’s a neutered male cat.

He came to us as a rescue cat with his sister Gracie when his previous owner was downsizing to a smaller property.

Seamus and Gracie were both indoor cats. They lived inside a house on a small, quiet road. They were never allowed out so are not streetwise.

When I collected them I was supposed to be picking up two kittens, but their owner decided she wanted to keep them so asked me to take the adult cats instead. She mentioned Gracie might be pregnant (that’s another story).

They were both very scared when I drove them home and after sitting in the cat carriers for half an hour they both ran off and hid. Seamus ended up curled up behind a huge weeping fig we had in a corner of the kitchen.

When he finally came out for food he was still very nervous. It took a week before I could get him back in the cat carrier so I could take him to be vaccinated. Gracie was even worse and when we did get her to the vet they confirmed she was having kittens. Seamus, however, had been neutered.

We tried taking him outside on a halter but he would just cower down and hide under the garden bench. Despite trying to entice him out with food he would shoot back into the house as soon as he could.

At his checkup, they also found he had a heart murmur. Unfortunately, that may limit his life. It’s strange because we previously had another cat which we called Seamus. He also had a heart murmur and died because if it.

Seamus went missing in May while we were having building work done in the bathroom downstairs. He got out of the window and disappeared. The builder was working till 5pm so although we called him he didn’t come back. I started calling and whistling for him every few minutes but there was no sign. It was about 10 hours after he had gone missing when there was a thud from the bathroom. I opened the door and he ran in! He had tried to jump back in the closed window.

I was so relieved. Now Gracie and Seamus play together every day. The kittens were rehomed. They get new toys all the time and had a new cat tree for Christmas. My one problem? I cannot get either of them into pet carriers to get them to the vets for their check-ups! 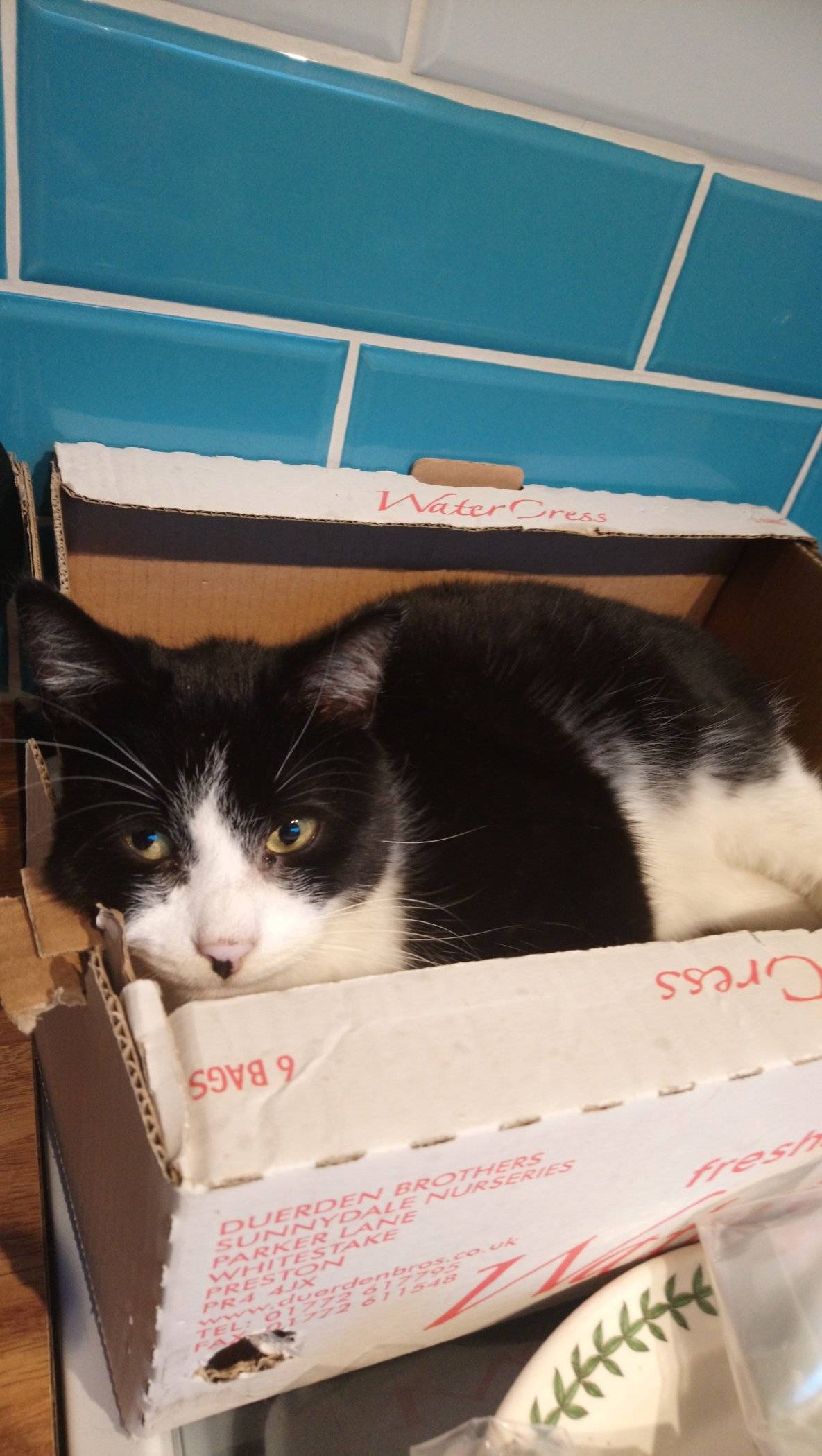 17 thoughts on “Seamus the Rescue Cat”