A seven-week-old stray kitten, who was extremely weak and thin, was recently found in a derelict garden in North West London.

A member of the public had discovered the frail and emaciated ginger feline, named Mr Gold, and immediately called animal welfare charity, Mayhew.

“He was very dehydrated, so much so that he was sucking water from a blanket. We immediately brought him back to Mayhew so he could be seen by our experienced Vet team at our on-site Community Vet Clinic.”

The charity’s Vet team quickly gave him fluids and the treatment he needed.

Mayhew Vet, Dr Emily Richardson, said: “When Mr Gold first arrived he was underweight for his age, so you can imagine how weak and hungry he must have felt. He was emaciated, covered in fleas, severely dehydrated and had a low temperature. If he had been left for another night, I believe he would have been in a life threatening situation by the morning. 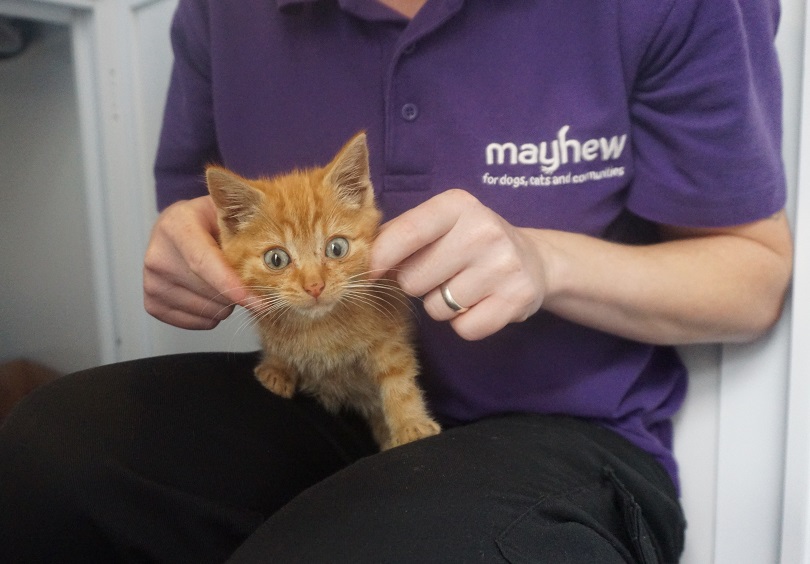 “Very young kittens, such as Mr Gold, are vulnerable and the lack of food and parasite burdens can be detrimental to their health. High flea burdens on very small kittens can cause life threatening anaemia since the fleas feed off blood and small animals have a smaller blood reserve.

“Mr Gold was immediately given food and water. He was cleaned and brushed to remove excess fleas and given anti-parasite treatment. Supportive treatment was also given such as warming pads to help bring his temperature up again. Luckily, Mr Gold improved and he now has a good appetite and has put on weight.”

A week later, Mr Gold’s male sibling, named Copper, was discovered in the same derelict garden and was quickly brought back to Mayhew.

Deputy Head of Animal Welfare, Community, AJ Ford, said: “Copper was also emaciated, dehydrated and was very pale due to amount of fleas. He was quickly seen by our Vet team and has since been reunited with his brother and will be paired during rehoming.”

The stray kittens were both given round-the-clock care and were later put on foster with one of their experienced carers, so they could enjoy a loving home environment. 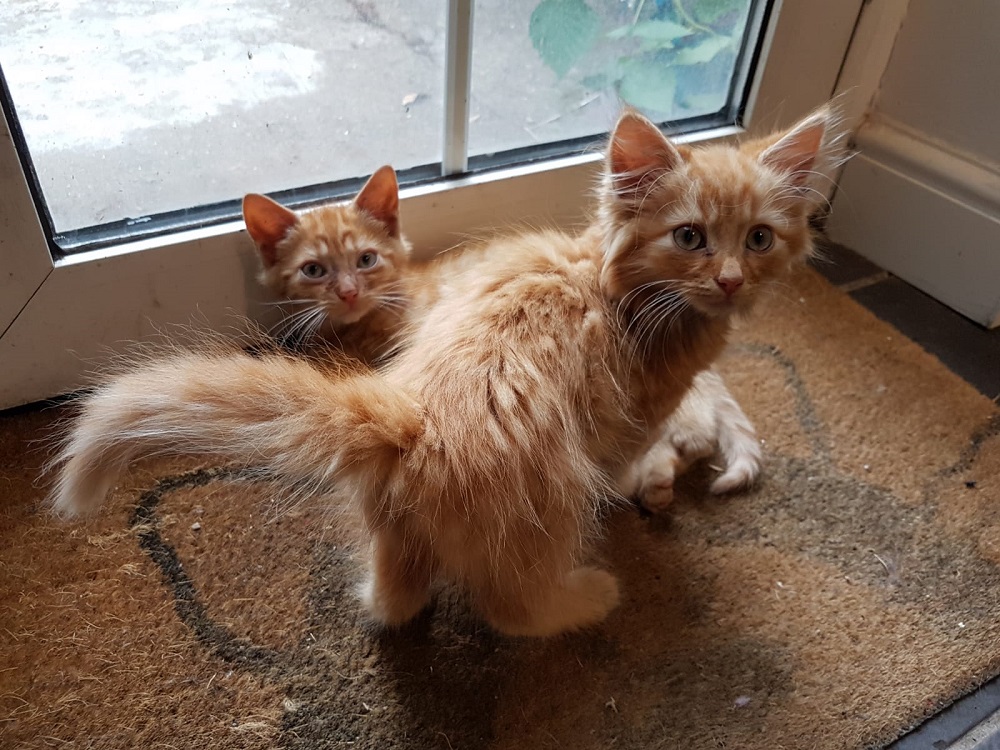 Deputy Head of Animal Welfare, Community, AJ Ford, added: “This story highlights how important it is to get your pet neutered. We see hundreds of unwanted kittens coming into our Home all year round and it is a growing problem. 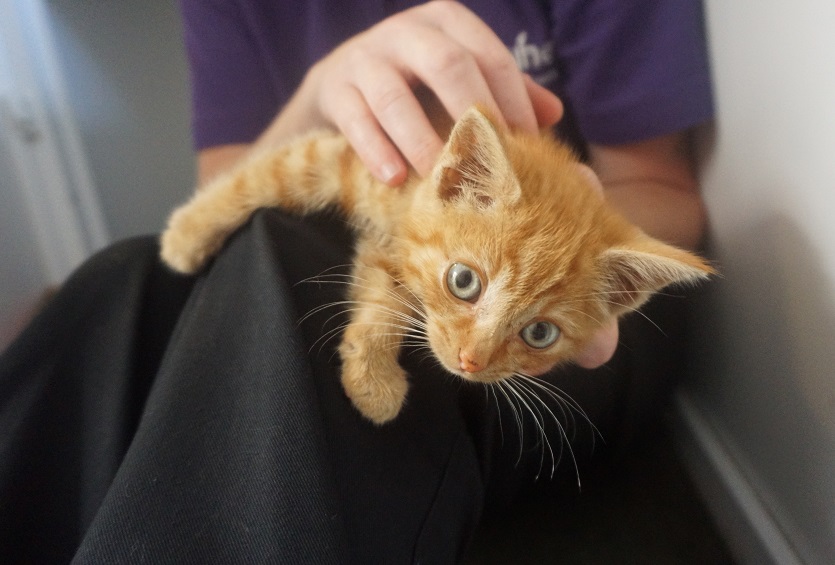 Once Mr Gold and Copper received the care and treatment they needed, they were put up for adoption and now ready to start their next adventure together with a loving new family.

If you are interested in adopting Mr Gold and Copper or any cats in Mayhew’s care, please visit www.themayhew.org/cats or call 020 8962 8000.

Mayhew’s Animal Welfare Officers and Vet team respond to hundreds of abandoned, neglected and abused animals every year and provide ongoing support to carers and pet owners in vulnerable situations. Find out more about Mayhew’s work by visiting www.themayhew.org and please consider a donation to help them help every more animals like Mr Gold.