Cat Discovered With Fractured jaw Finds his Happily Ever After Home

A young cat, who was discovered with a fractured jaw, has now found the purrfect new home. 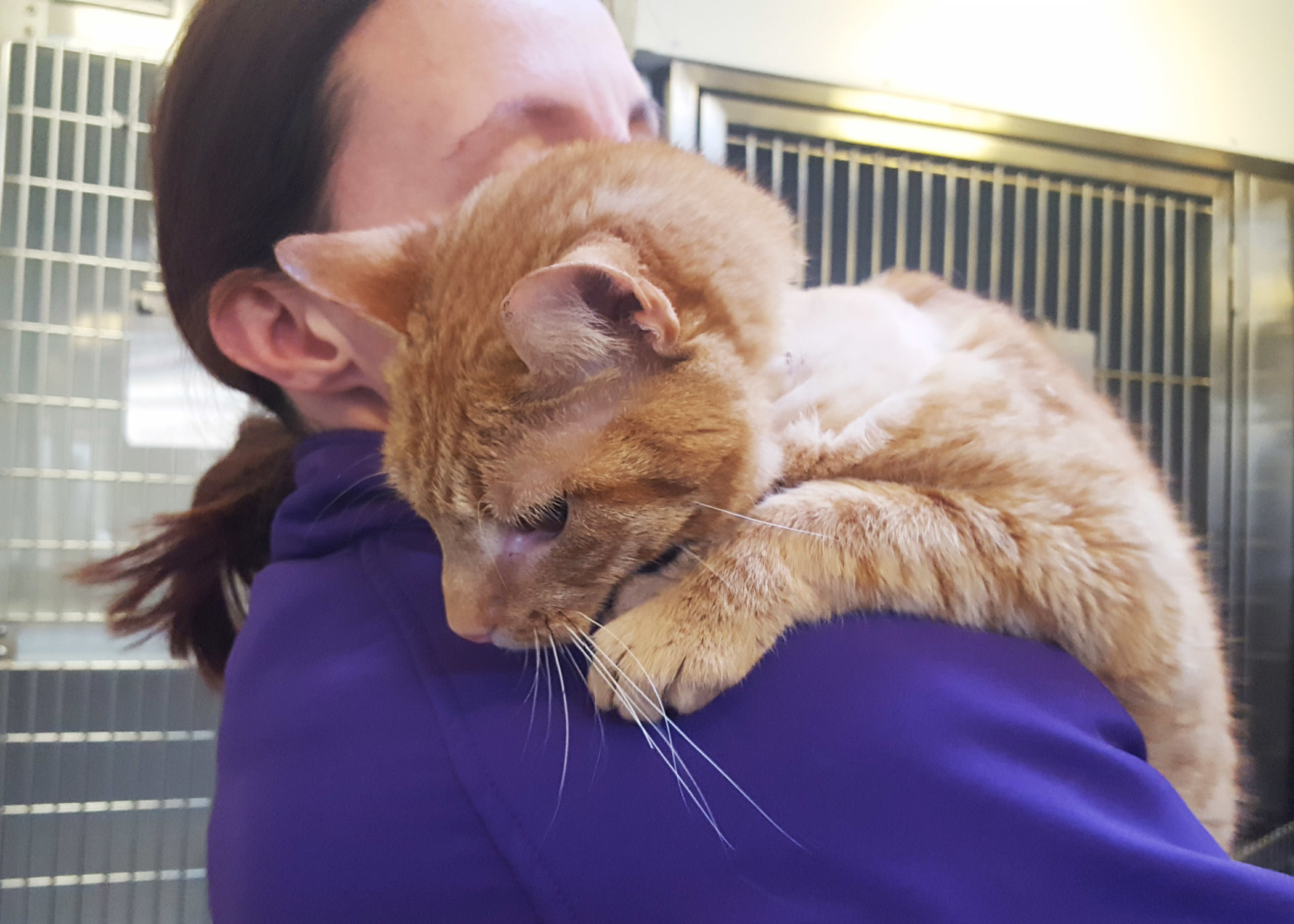 The ginger feline was first discovered by a member of the public near Wembley Park in North West London in February this year. The two-year-old, named Simba, looked like he had been involved in a road traffic accident, he had terrible facial injuries and his left eye was filled with blood. The member of the public immediately brought Simba into animal welfare charity, Mayhew. To see the full extent of his injuries please click here.

Mayhew’s Deputy Head of Animal Welfare, Community, AJ Ford, said: “When Simba first arrived, he was in a bad state, so we quickly made sure our experienced Vet team were on hand to check him over.

“One of the first things we do when an animal is brought into us is check for a microchip so we can contact the owner as quickly as possible.

“We soon discovered that Simba was microchipped and after contacting his owner, we found out that Simba had been missing for nearly two months. When we explained the state of his injuries, the owner, who didn’t have any pet insurance, was unable to afford the vet bills and decided to make the hard decision of signing Simba over to us, so he could receive the best treatment possible. 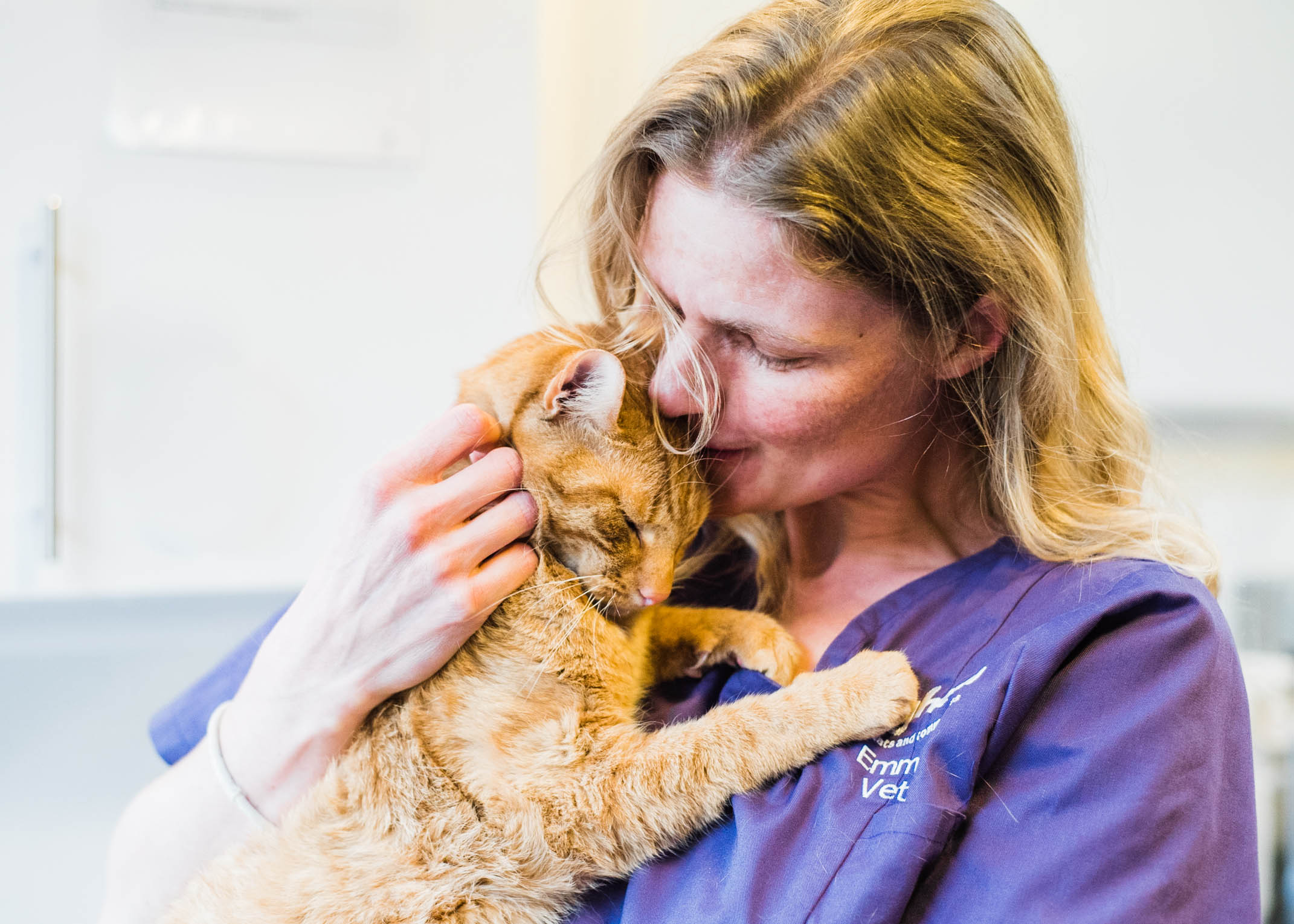 “Mayhew recommends that all owners invest in pet insurance in case any serious emergencies occur, as this can help pay for vet fees.”

Mayhew’s Vet, Dr Emma Robinson, said: “Simba came in with appalling facial injuries; his face was swollen and grazed and his left eye was filled with blood. We believe he had been involved in a road traffic accident. After being given immediate pain relief and supportive treatment, we found that he had fractured his jaw in two places and the nerves to the eye had been damaged. 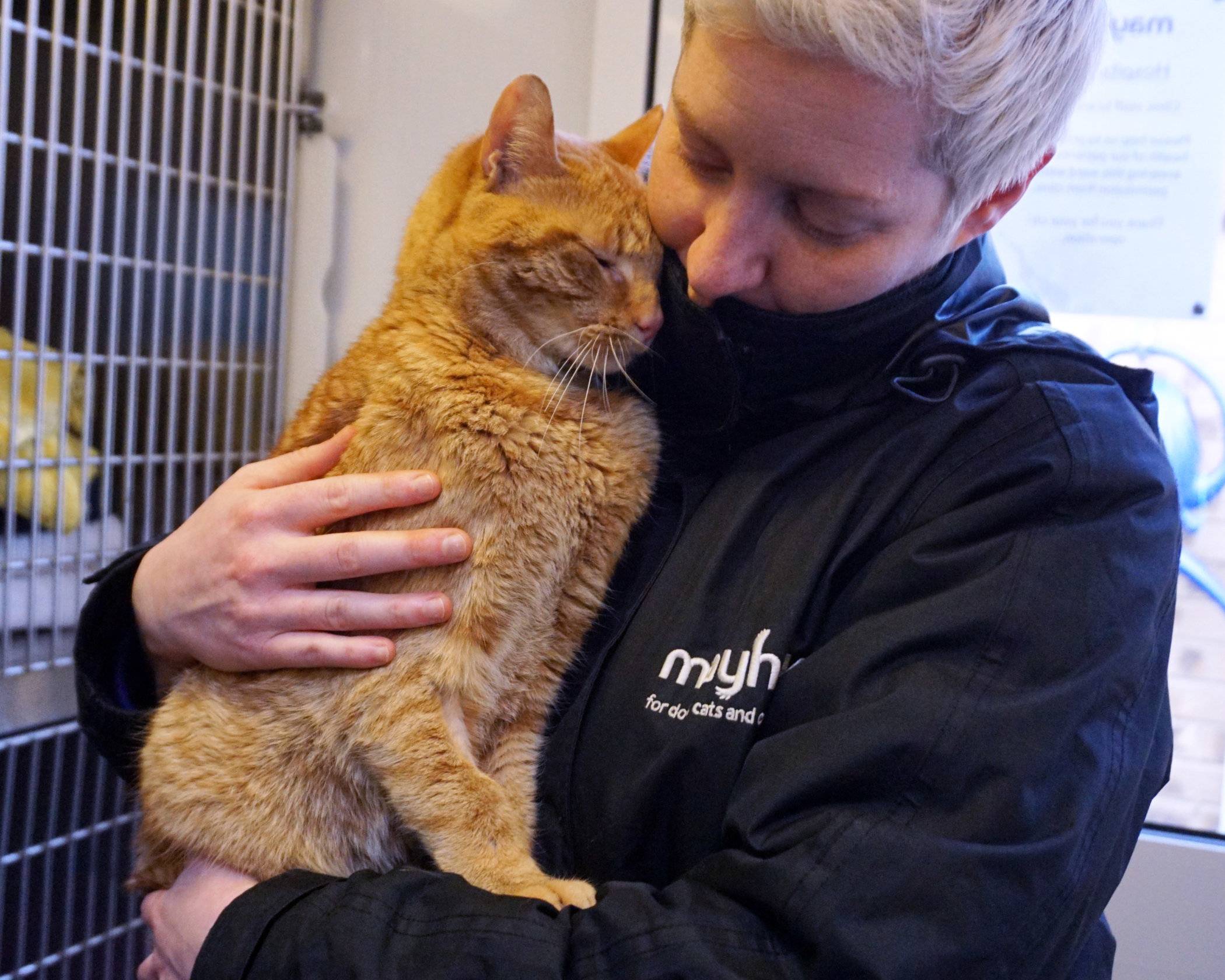 “We wired his jaw and fitted a feeding tube, but luckily he felt so much better once his jaw was wired he decided to eat by himself, so he did not need his feeding tube left in. At first we were worried Simba would have to lose his eye, but he has improved so much that removal is not needed.

“Although Simba has some residual damage to his nose that means he can sometimes breathe quite noisily, his jaw is now completely healed. He is super smoochy and loves to cuddle into you.” 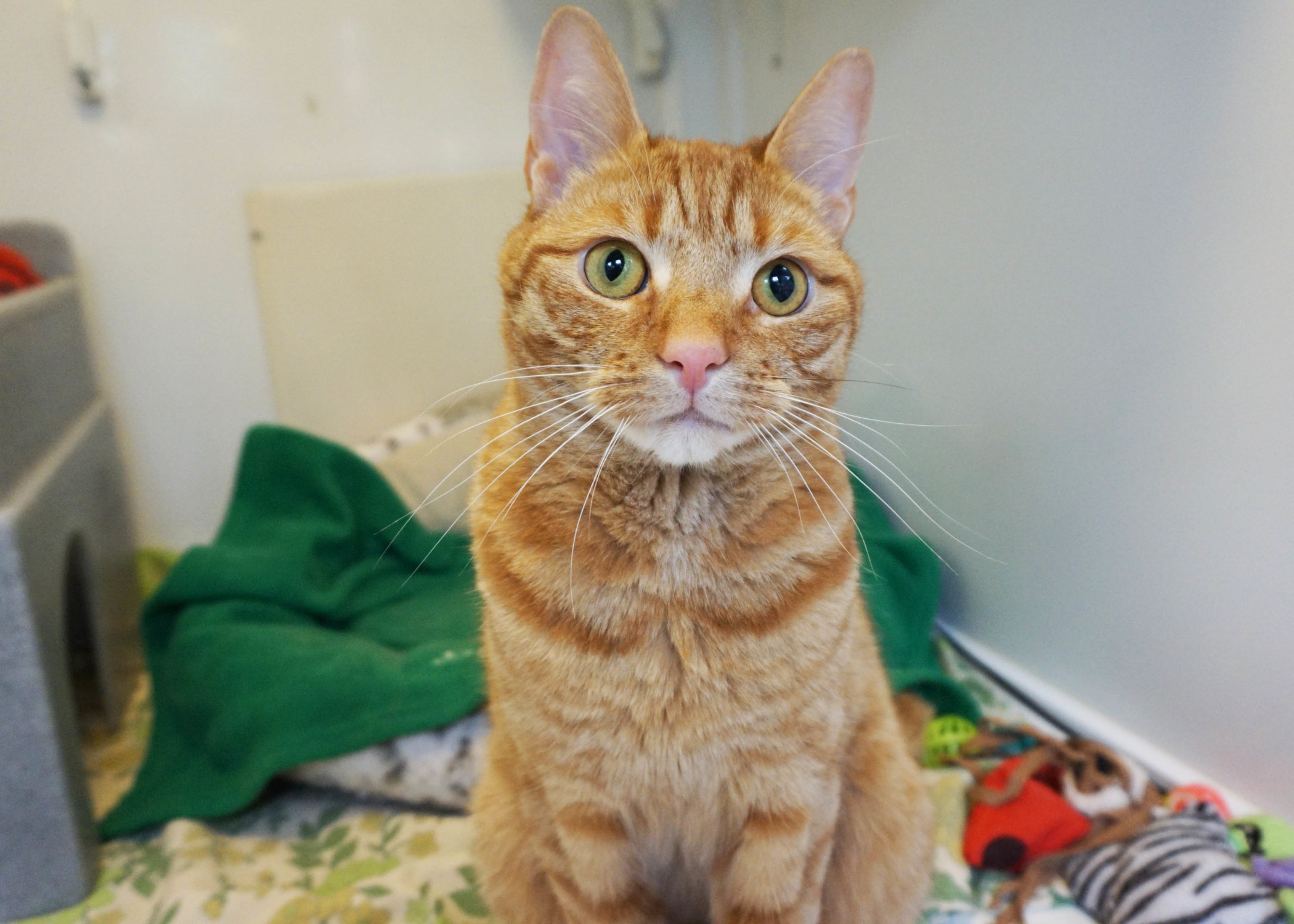 As soon as Mayhew’s Vet team were satisfied Simba was in good health and had fully recovered from his injuries, he was put up for adoption and soon found a new forever home.

Mayhew’s Animal Welfare Officers and Vet team respond to hundreds of abandoned, neglected and abused animals every year and provide ongoing support to carers and pet owners in vulnerable situations. Find out more about Mayhew’s work by visiting www.themayhew.org and please consider a donation so they can continue their vital work helping more animals like Simba.