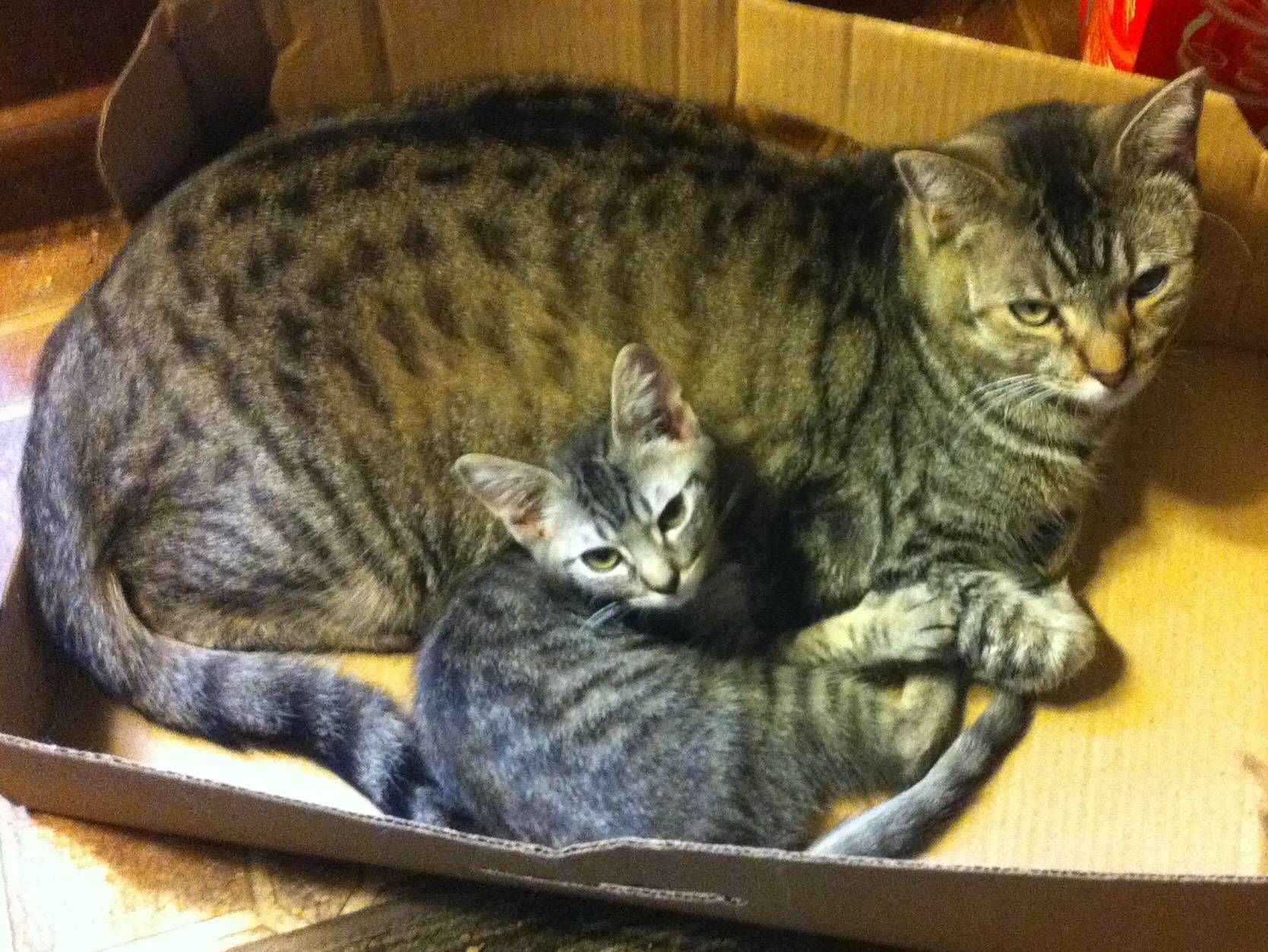 There’s one thing about being a cat rescue mama – you get what you get. There’s no browsing through the pet store, the animal shelter, or the web sites looking for ‘just the right cat.’ When you’re rescuing babies from the feral cats outside (the ones we haven’t been able to catch yet to get fixed), you get what they give you.

No ‘It’s the wrong color’ or ‘I’d like a bigger/smaller one.’ There’s no specifically looking for a calico or a Himalayan.

Which is how we’ve ended up with a house full of black cats and gray tabbies. With the exception of two unexpected Himalayan-looking ones that are offspring of a frisky boy that we didn’t even know lived in the neighbor.

We got Harley a few years ago (the big boy in the picture), the lone kitten from a litter. He was a little older when we snatched him up from the porch, maybe about six to seven weeks old. Old enough that he knew he didn’t want to live in a house and didn’t want anything to do with us. We spent more time pulling him out from the box he’d hide on under the pool table than we did petting and snuggling.

He finally came around. Very slowly. Now I call him my lover-dover. He’s decided that this loving thing is pretty good and he can’t get enough.

One thing he did do very well, even as he came to accept us so slowly, was growing. He grew. And he grew. That boy did not stop. I often call him my ‘big-big-BIG boy.’ 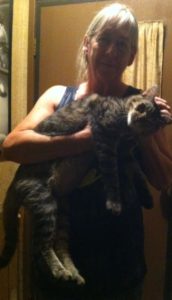 Last summer we caught a small black cat from the year before in the live trap. She got so frantic in the cage we thought she was going to hurt herself, so we put her inside in a cage. The next morning when I took her down to get fixed with our local TNR (Trap-Neuter-Release) program, we put her in a carrier. Since she was in a carrier they wouldn’t fix her for the $5 feral price. I didn’t have the money for the full price surgery, so we brought her home and put her back in the cage.

This was a Thursday and the program is closed on Fridays. We were going to keep her inside until Monday and then we’d put her back in the live trap & take her in again. (Still not knowing she was a she.)

We didn’t even know she was a Mama until Saturday morning when I heard frantic kittens screaming from underneath the house. It took two of us to catch her, wrap her in a towel, pull her from the cage and pull back a corner of the towel. Sure enough…she was a nursing Mama!

Boy, you should have seen how fast we ran outside, carrying her and depositing her by the back corner where the cats get in and out from underneath the house.

Fortunately, all four kittens survived. And Little Mama had gotten used to having LOTS of yummy canned food, so she kept coming up on the porch for more of it. A week or two later she brought the kittens around and we ended up catching all of them. Of this little family, we still have Murphy (a black cat) and Tinker (a gray tabby.)

And Tinker’s not growing. Well, he’s growing. He’s keeping up with his brother Murphy. But compared to Harley, Tinker seems like a tiny-itty-bitty thing.

That’s the long and the short of our rescue family. Some are big. Some are little. Some are black. Some are striped gray. We don’t choose them. We don’t get picky. We take what the feral mama’s give us and we love them all.

16 thoughts on “The Long and the Short of It”