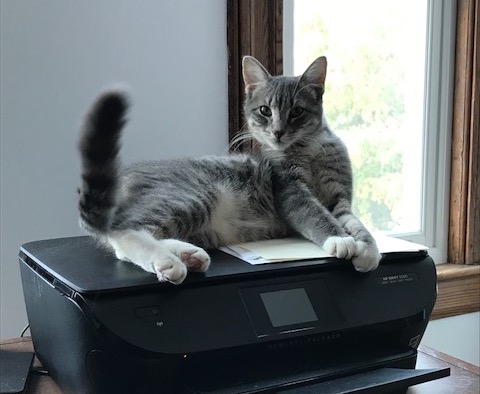 Today, we have a medical emergency. I accidentally played too hard with my toy, Frankie. I ripped off his eye and tore the ribbons on his tail. I didn’t mean to hurt him. Can we save Frankie??? 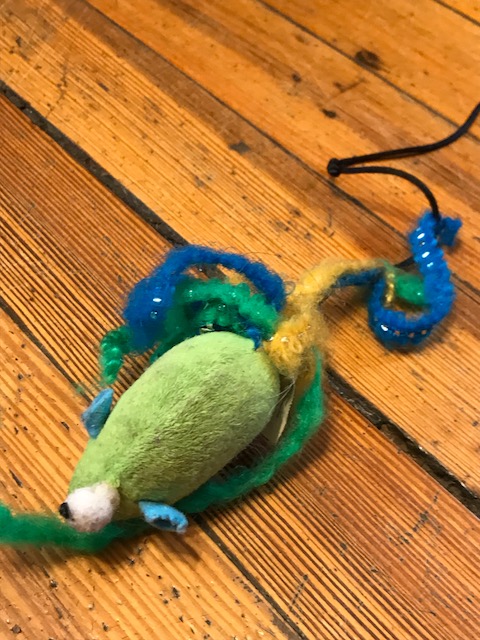 My humom is taking a look. She sees his stick is still in good condition and so is his string. But the rest of him won’t make it. This is the saddest day of my life. 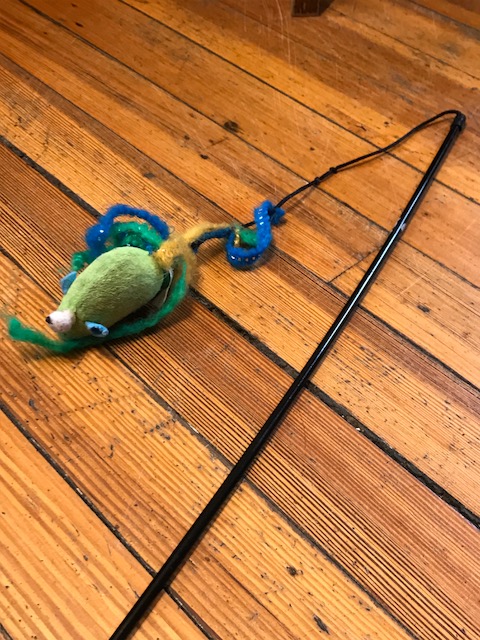 My humom is performing surgery. 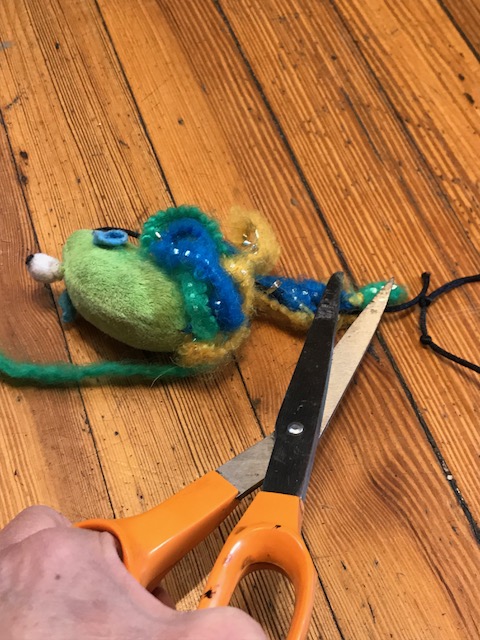 Look!  She’s getting something new from a 4cats toy package! It’s two, long, sleek feathers and a fuzzy feather attached to a loop!  And I saw on the package, you can get the fuzzy feather in purple or blue!  I got purple! 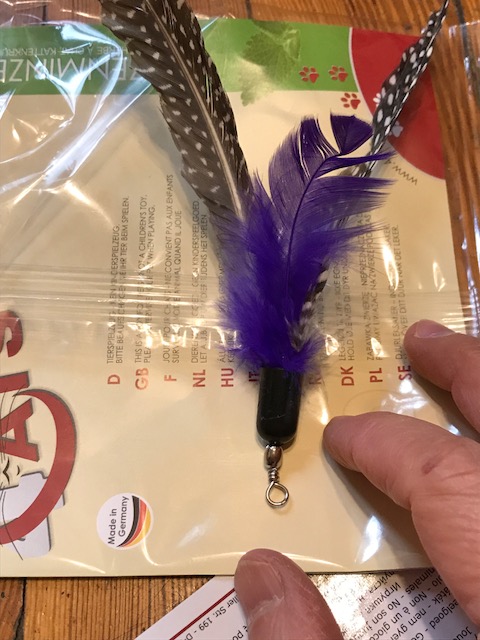 My humom is tying the Replacement Cat Teaser Feather to Frankie’s old string, and making it into…a new toy!  Yaaaaay! 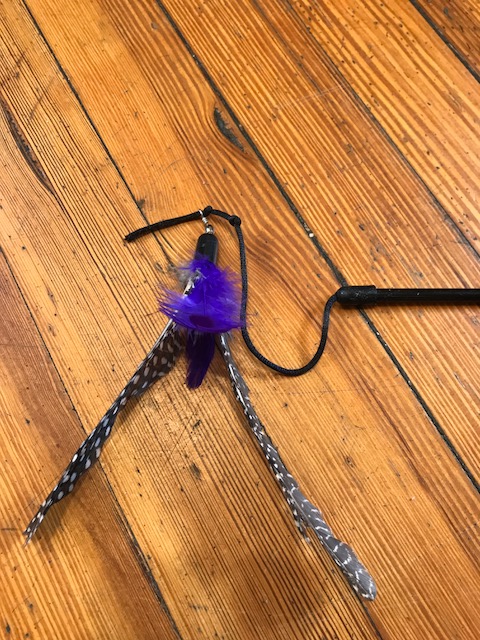 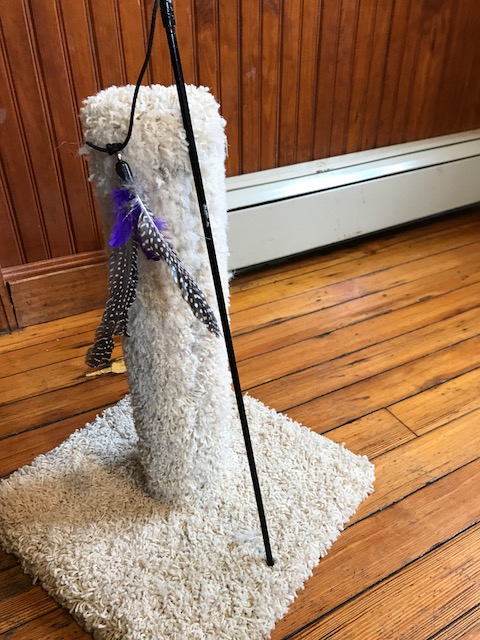 It’s gonna be so fun to play with!  I can tug and swat at the feathers! They’re cool colors! They’ll  swing so fast! It looks light but also sturdy! Yipeeee! 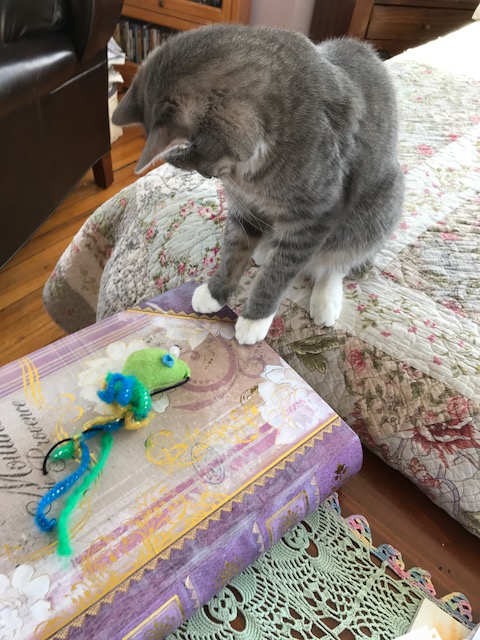 But…it’ll be just as much fun in a different way. 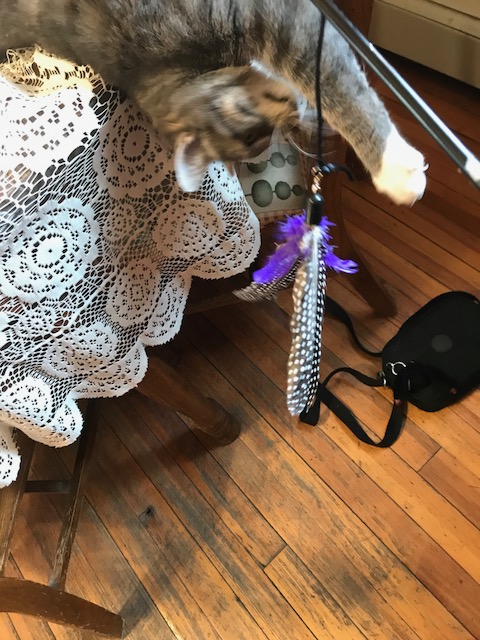 And so ends another episode of my Daytime Drama. See you next time!

One thought on “DAYTIME DRAMA FOR CATS: The Adventures of Jakie and His Toys (As told to Cathi Turow) Episode 3”