Draven was born on May 10, 2012. We adopted him as a kitten from an animal rescue called Rainbow Animal Refuge (Butler/Lyndora, PA). As soon as my husband picked him up, he began to purr and we noticed his little pink tongue was hanging out! We knew this was a sign he was a special kitty and filled out the paperwork to take him home that day.

In many ways, Draven was very much like any other kitten. He enjoyed playing with toys, he liked cat treats, and he would climb just about anything to explore his new home. But we began to notice he had a quality our other 2 cats did not; he enjoyed the company and attention of humans – any humans – a lot! He wasn’t afraid or leery of strangers in our home, he tolerated car rides, and he even purred while at the vet’s office! He was a very calm, laid-back kitten.

As I began to further research therapy animals, I found my way to the Foundation for Pet-Provided Therapy’s website (http://www.loveonaleash.org) and discovered cats could also be registered as Therapy Pets. Draven already had many of the desirable qualities for a Therapy Cat (the most important of which was his natural demeanor), so I downloaded the application and list of requirements to start working with him. Since Love on a Leash (LOAL) requires cats to be at least one-year-old to start the application process, I had a couple months before Draven’s first birthday to practice and see if he’d enjoy being a Therapy Cat.

I started by making sure he was up-to-date on his vaccinations/immunizations. I had our vet print me a certificate stating he was current on all shots, parasite-free, and neutered. Those documents along with the info from the LOAL website allowed us into a few places for practice (for example, there is an Assisted Living Facility near our home that allowed Draven to visit before he was certified since we could prove he was healthy and neutered). 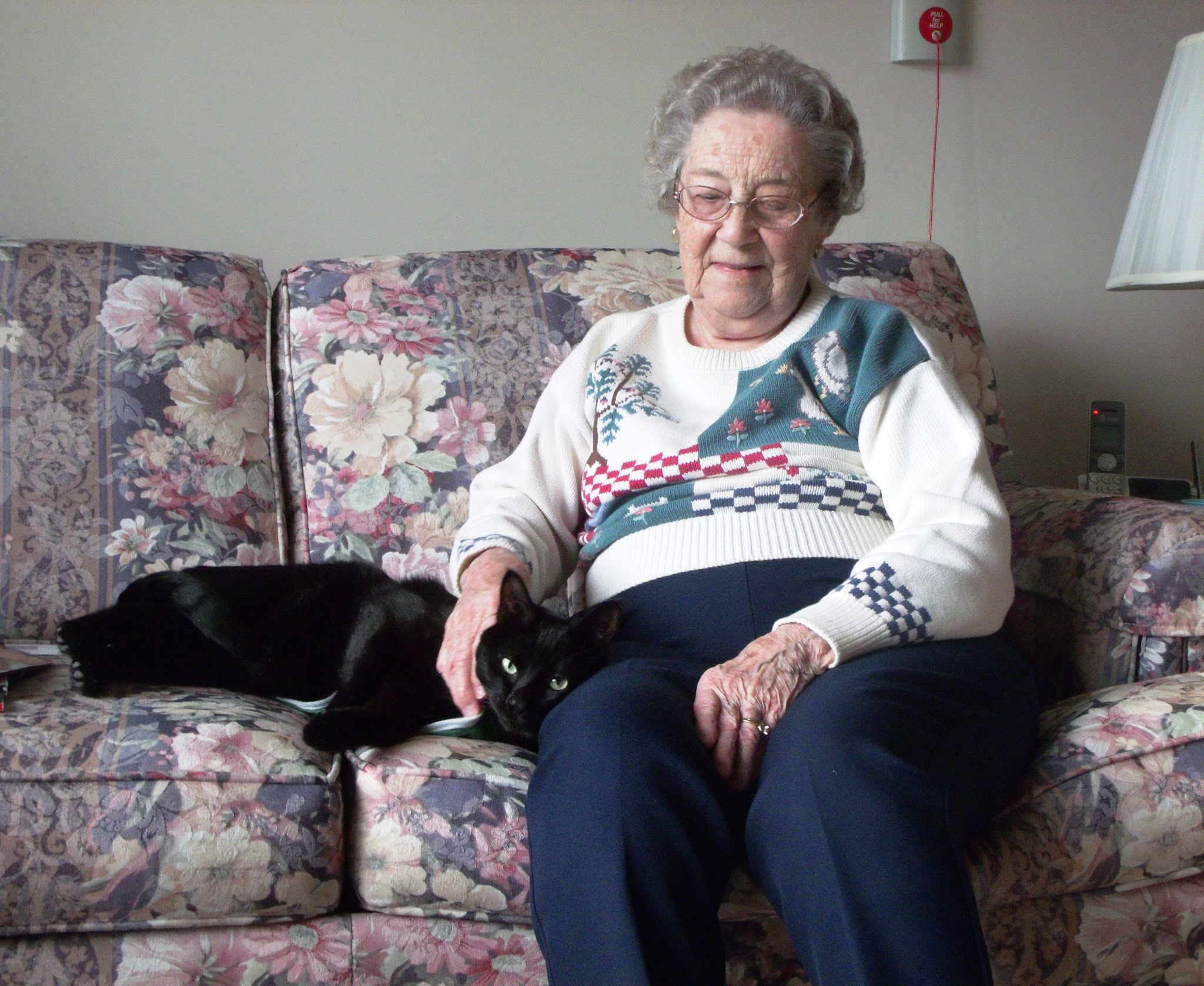 We’d also take him to visit friends and relatives as well as other places animals were allowed such as pet stores and parks to get him used to traveling in the car, wearing a harness, and being in strange places around new people. None of these experiences seemed to faze him, so when he turned a year old, we began the official application process. After all his paperwork was done and his practice hours were logged, we submitted everything to LOAL and he received his certification on October 18, 2013. 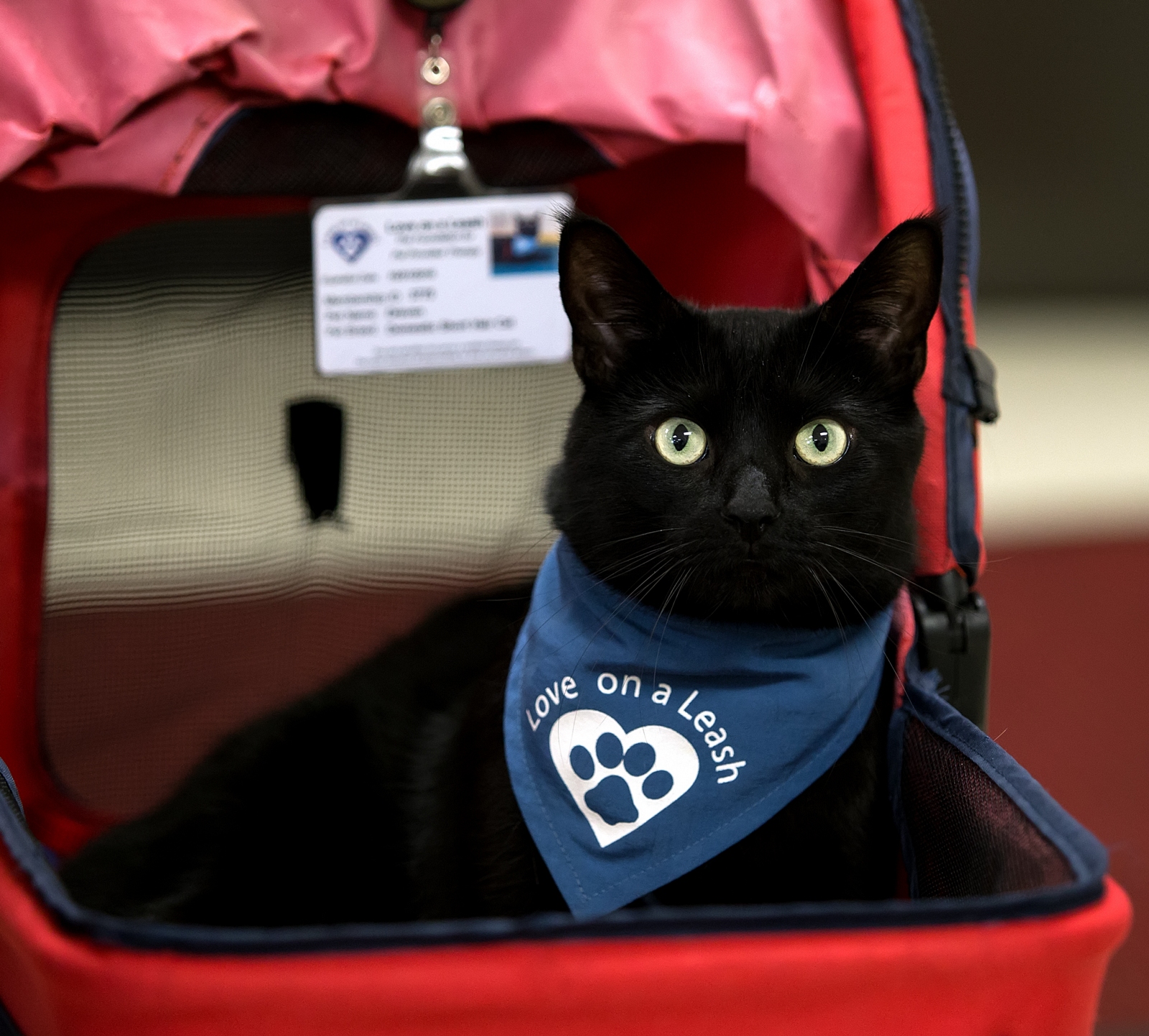 You can check out all of Draven’s activities mentioned above on his Facebook page: Draven the Therapy Cat (https://www.facebook.com/draventhetherapycat). He has pictures of most of his adventures and you can keep up with his fundraising events as well as send him messages. I’m sure he’d love to hear from you! 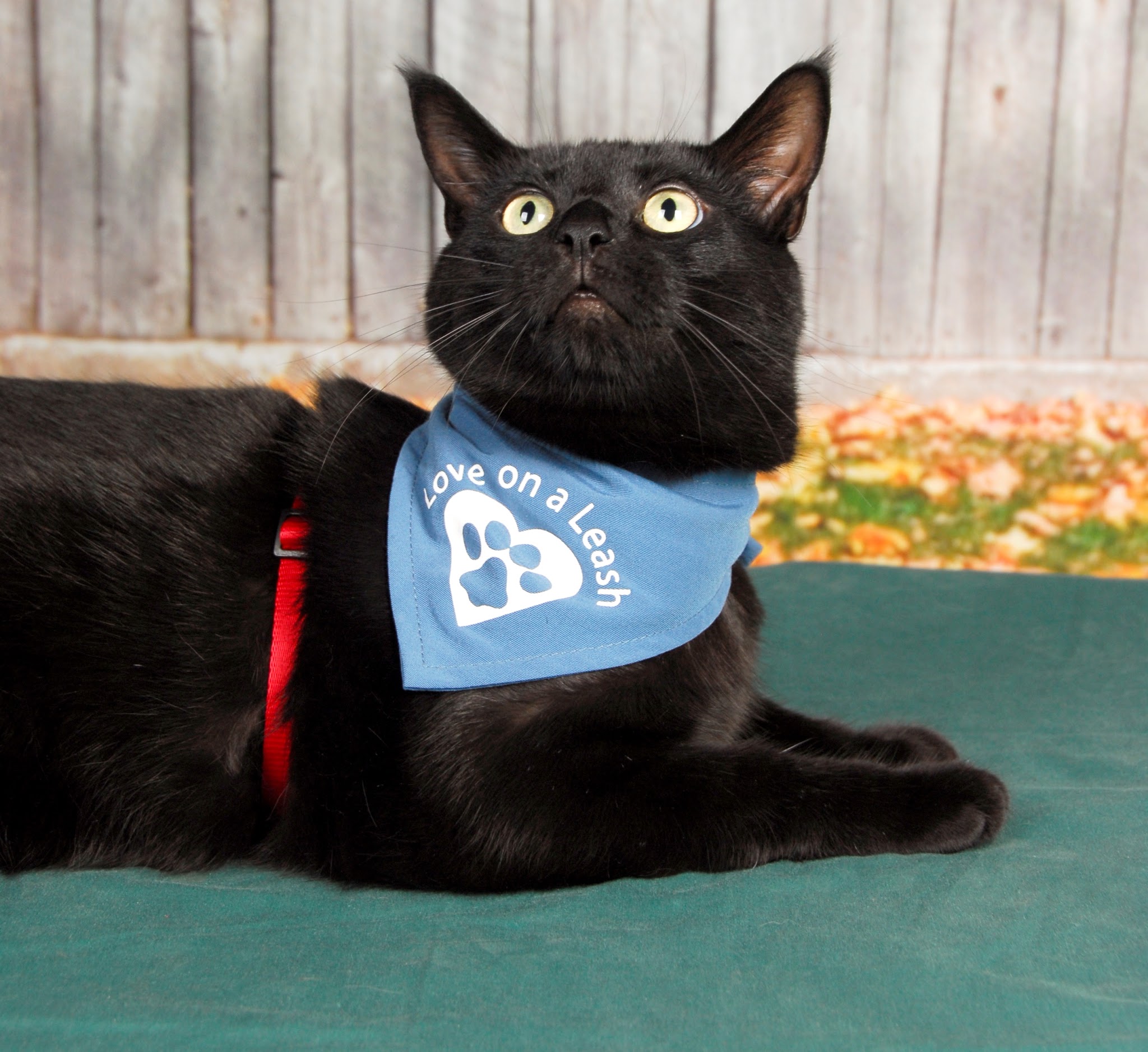